How is Jae Kyung going to get out of trouble this time? 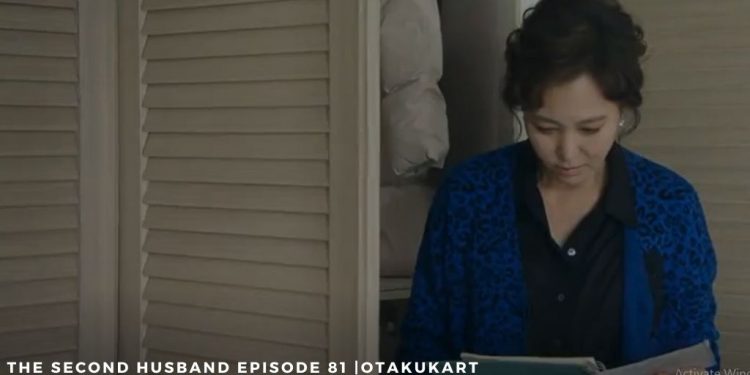 Fans are impatiently waiting for The Second Husband Episode 81. Now that it has been confirmed that Tae Yang is Sae Byeok, the audience has been looking forward to what might happen next. It came as no shock when the recent episode revealed that Tae Yang was actually Sae Byeok. After Seon Hwa was put in prison for four years, Sae Byeok became very sick to the point that he had stopped breathing. But Sang Hyuk managed to get the medical care for him, and soon enough, he was perfectly fine. However, as Sae Byeok’s dad, Sang Hyuk would never let go of Sae Byeok again. When Sang Hyuk proposed that Sae Byeok could stay with Mal Ja, his mom, Jae Kyung, interfered by saying that Mal Ja would keep calling Sang Hyuk again and again because of Sae Byeok.

She said it would be way better for both sides if she and Sang Hyuk adopted Say Byeok as their own child. What she meant was that she’d be able to hide about her miscarriage and that Sang Hyuk would be able to take care of his son. And that is how they again took something precious from Seon Hwa. After finding out about this, the audience was enraged. They became happy when Hae Ran started to find out about what had happened.

Don’t miss out on what Hae Ran will do, and check out the release date, streaming details,, and predictions for Episode 81 of The Second Husband.

It is pretty safe to say that The Second Husband has become more interesting lately. They keep revealing new things to excite the audience. So there must be no wonder why people have been marking their calendars for the coming episodes. The release date of The Second Husband Episode 81 is December 10, which is this Thursday.

Besides the main plot, the drama has been intriguing the audience with the slide plots. One of them is Park Kyung Hye, Bae Bon Bon, and the Bae Bon Bon’s son love triangle. Park Kyung Hye is a total gold digger, and she doesn’t know the awful truth that she has double-timed a father and son. Nevertheless, if she does find out, she would try her best to hide the fact from both of them so that she can earn money from both of them. She really is shameless!

Where To Wach The Second Husband Ep 81?

Korean can watch the episodes of TThe Second Husband Episode 81 straight on their TV screens. They just have to remember to tune in at the right time, which is 7:15 PM KST Mon-Fri on MBC. Moreover, the international audience can conveniently watch the episode on Rakuten Viki with (a standard subscription) or on Kocowa. Also, don’t forget to see the release time of the 81st episode of The Second Husband- 5:15 AM in the USA, 10:15 AM in the UK, 3:45 PM in India, and 8:45 PM in Australia.

Surprisingly, the first person to find out about the Tae Yang-Sae Byeok case. Well, she doesn’t know yet that Tae Yang is Sae Byeok but has found out that Tae yang was adopted and not in France. And that the woman who said that she really cared for Tae Yang had brought the childhood pictures of her own son. What made Hae Ran even more furious is that Jae Kyung had forged the adoption papers of Tae Yang. She has discovered that Jae Kyung had a miscarriage.

Talking about the miscarriage, will she also find out that Jae Kyung had a miscarriage because of all the stress she got after killing Seon Hwa’s grandmother. Also, if Hae Ran finds out that Tae Yang is Sae Byeok, what will she do? Will she apologize to Seon Hwa and offer to help her out with the revenge plan? And when she does so, will she come to know that Seon Hwa is Bit Na? If all of this happens, fans will be overjoyed. But it seems like there is a long way to go as there are about 39 episodes left. Let us see what happens by then!