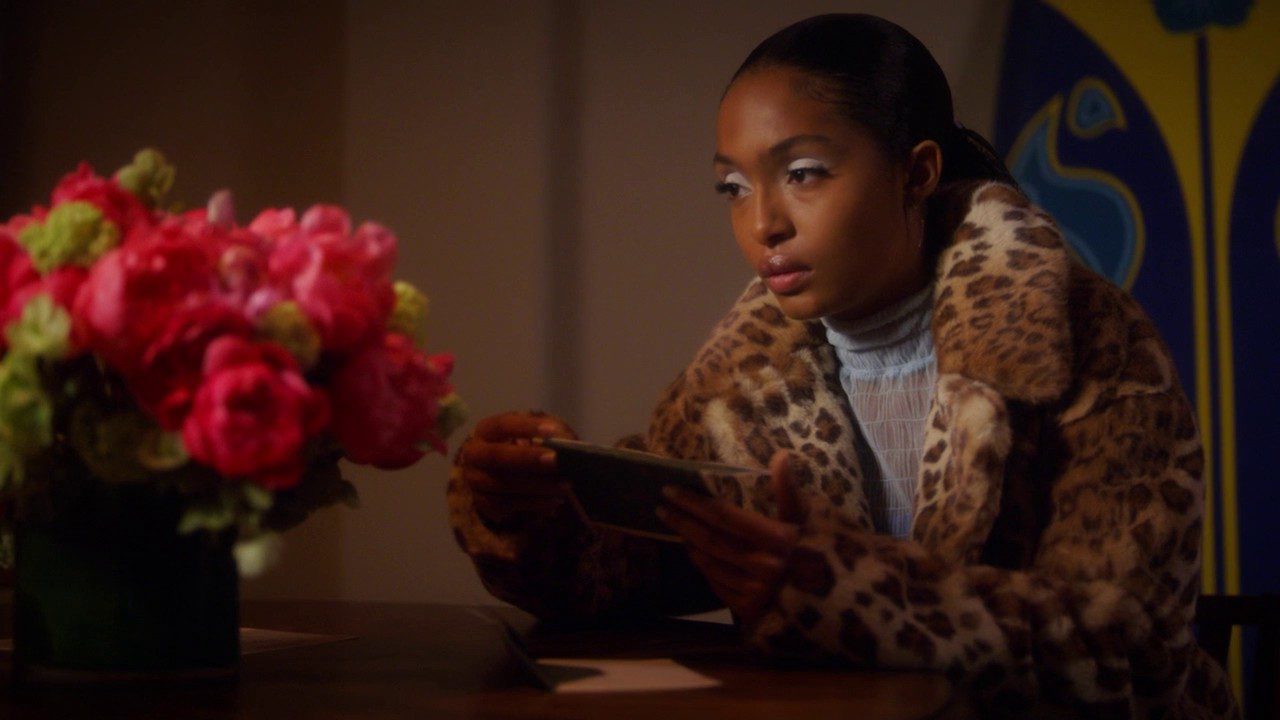 Grown-ish Season 4 Episode 10 may see Zoey taking bigger steps in life as she moves with an internship that has a bright future for her ahead. But it’s probably Aaron who was constantly coming in her way. Plus after a big fallout, he has just decided to walk away from Zoey’s life. So here is what went down. Luca and Aaron obviously didn’t like each other. Zoey and Aaron already had a troubling relationship for a while. On top of that Luca offered Zoey something that will benefit her career. In the end, it didn’t go quite very well for them.

That’s one thing Luca got involved in. The other thing is completely hidden from him. Yes, his sister Kiela and his homie Doug are hooking up. Luca on his side doesn’t even have an idea about it. Well, that’s a lot to digest right. He recently said he was okay with them being friends. But how long that can be kept secret and this has got Doug worried. Lastly, Vivek found himself the only sexually active person in their group and has strong plans for Nomi and Ana. So let’s break down what happened.

Previously on Grown-ish, we opened up with Zoey rethinking how her relationship with Aaron began in the first place. The ups and downs it went through and how they finally got back together. Only to later find themselves falling again. Zoey is also worried about the internship she wants to approach moving on. Meanwhile, Luca and Kiela prepare for the party tonight. Luca asks Kiela to not be hooking up with his boy Doug. Jazz retells her friends the situation with Dess but the girls believe more of it has to do with Doug. Aaron on his side takes advice from Charlie about Zoey and her internships. 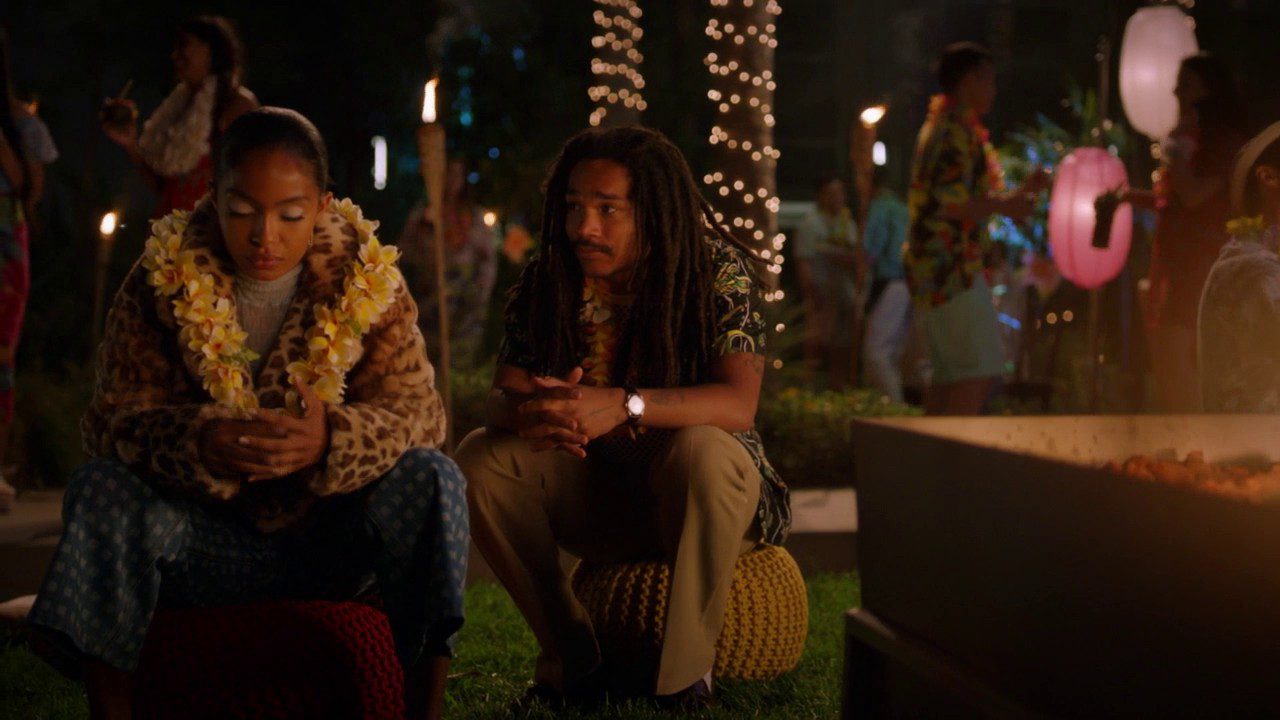 The party at night is full-blow and Luca tries to apologize and reconnect with Zoey. When Luca finds out about Zoey’s worries about the internships, he has quite a proposition for her. On the other side, Vivek finds out he is probably the most sexually active individual. Now he plans to get Ana and Nomi both laid by the end of the night. He has his own ways and he calls it “Lay-dar”. Thus he begins picking up boys for the girls.

Aaron also joins the party but watching Zoey with Luca doesn’t really fit with him. Aaron acknowledges that Zoey is taking advice and proposition from Luca for the internships. But Zoey feels the air that Luca will never be his favorite person. Meanwhile, far away from Luca, Doug and Kiela are hiding behind the curtains and making out with each other. Although Kiela isn’t much worried, it’s Doug who doesn’t want to mess things up with his best friend. 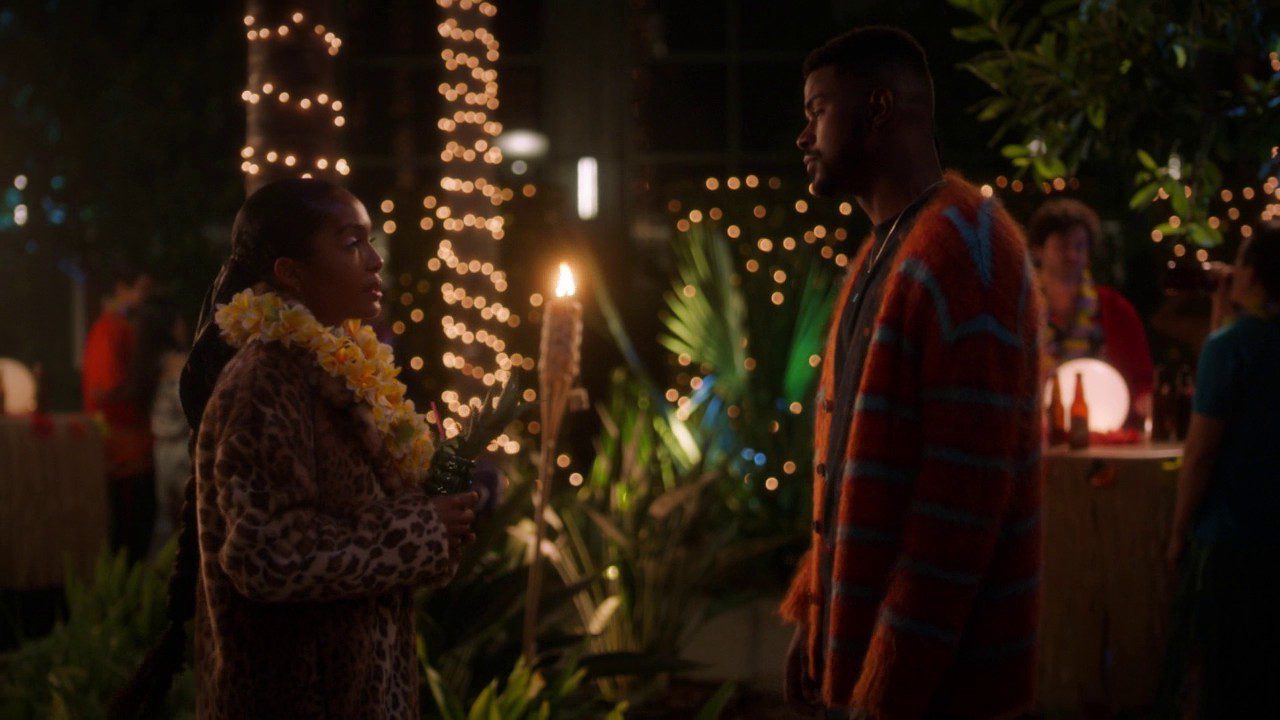 Later at the night, Luca and Aaron cross paths with each other. Aaron not able to control himself ends up punching Luca. Zoey confronted Aaron later on, only for him to walk away from the situation. Kiela later comforted her brother and she advised him to stay away and also hide the fact that she was with Doug all night. Also throughout the episode, after struggling to talk to Des, Jazz finally locked a kiss. The episode closed with Aaron leaving a note for Zoey. Meanwhile, Ana and Vivek end up sleeping together.

Grown-ish Season 4 Episode 10 is best expected to release somewhere in October or November. At the moment the show has only finished airing the first half of its fourth season. Freeform has not confirmed the release date for the latter half of moving on. Furthermore, this is the first time Grown-ish has found itself divided among two parts for the entire season. So a concrete release date to determine is difficult too. But the best time around is the fall of 2021. With September out of the picture, it’s late October or November altogether for Grown-ish Season 4 Episode 10.

At the moment no official promo or details for the second half of Grown-ish Season 4 or Episode 10 have been released. But looking at what went down in the mid-season finale, we are betting that Zoey will be forcing herself to take bigger steps. That is to pick up the opportunity Luca is offering and move her career ahead. We hope Luca is still on good terms with her after what happened at a party the last night.

Anyway, we may also have a look at if either Zoey or Aaron make effort to get back together. Lastly, how long can Doug and Kiela keep their affair secret from Luca? Plus, is there a future for Vivek and Ana who accidentally ended up sleeping together? All inGrown-ish Season 4 Episode 10.

Until Grown-ish Season 4 Episode 10 comes around, you can watch the show on Freeform’s Official website and Hulu. The video-on-demand services of Amazon Prime Video, iTunes, VUDU, Microsoft, Google Play Movies And TV, and YouTube TV also offer the previous episodes of Grown-ish Season 4 and the rest of the seasons. Check out the official trailer for Grown-ish Season 4 below.