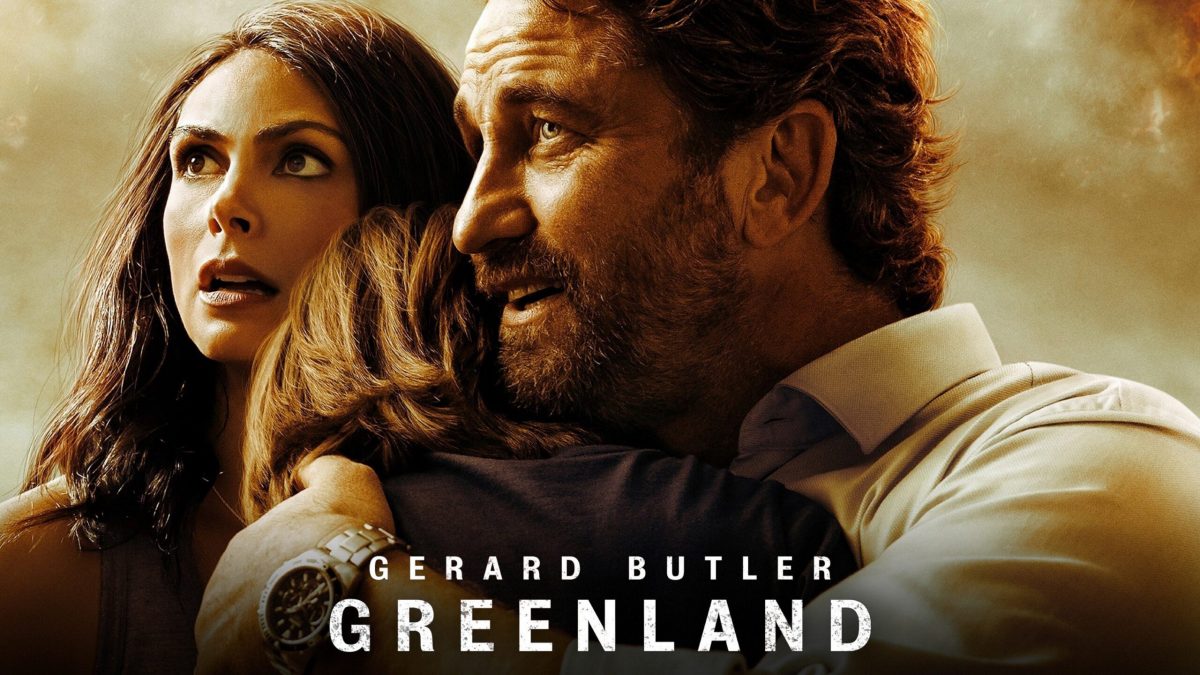 Poster Of The Movie Greenland.

Ric Roman Waugh directed a Disaster Movie named Greenland. The movie includes apocalyptic sequences where Earth has been strike by a commit. John Garrity is the protagonist of the movie. He is a structural engineer dwelling in Georgia, Atlanta, with his wife, Allison, and their diabetic son, Nathan. He comes home to view the near-earth passing of a freshly discovered interstellar comet named Clarke with his family and acquaintances.

John receives a strange computerized phone call at a grocery store. Telling him that he and his family have been chosen for emergency sheltering. Perplexed and concerned, he returns home just as a comet fragment reenters the atmosphere on live television. This particular sequence did not make any sense to me as no human being can register that they will come home to see that Earth’s existence is in jeopardy. And in this process, their family has been selected for some privilege. The sequence has many loose ends. 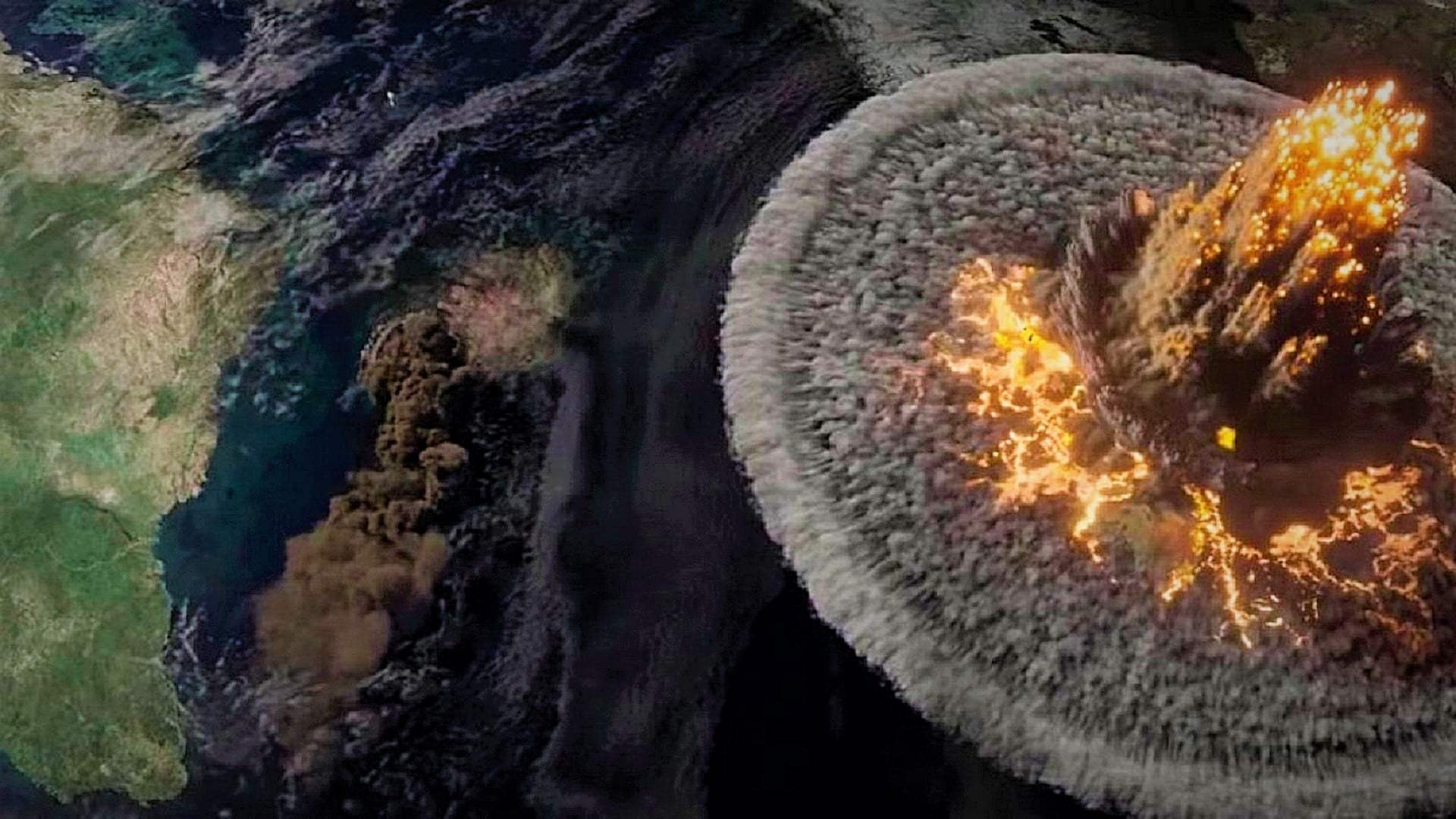 In the next sequence, expect to land near Bermuda, the fragment preferably strikes Florida; Evaporating the city and a massive part of the state. John once again gets an automated call with directions to be at Warner Robins Air Force Base to get an evacuation flight. The Garrity then learn from their neighbor Ed that Comet Clarke is an enormous cluster of objects required to bombard Earth over the next two days. The most significant fragment is expected to create an extinction-level event.

The family gathers their belongings and flees, unwillingly refusing to take Nathan’s friend, Ellie; Notwithstanding her mother’s pleas, as Ellie would be refused to board. Most of Ric’s movies reflect a very significant trail of human behavior. This movie reflects the Selfish Nature of human personality and why it is important at the time of crisis.

At Robins Air Force Base, when forced to concentrate their belongings into one bag, the family finds that Nathan accidentally left his insulin in the car. John runs back to get it, while Allison and Nathan are told that they cannot be relocated due to Nathan’s ailment and are consequently accompanied off the base. Realizing what occurred to them upon boarding one plane, John leaves the base as a panicked crowd breaks in, resulting in a gunfight that accidentally ignites jet fuel, destroying numerous evacuation planes.

Ric’s movie is never completed without any tormenting tragedy. He follows the same pattern of direction, which becomes boring predictable over a while. Views invest their time to see something new, not some old plot twists repeating the history.

Upon returning to their car, he gets a note left by Allison that she and Nathan are going to her father’s house in Lexington, Kentucky. Allison and Nathan get medical stocks from a looted store and are pulled up by a couple of Ralph and Judy Vento, who is also headed that way. To Judy’s horror, Ralph kidnaps Nathan after Allison informs them of what happened at the base. John leads to hitch a ride on a truck with other survivors from the base. A youthful man named Colin tells him that they are traveled for Osgoode, Ontario, where private planes are traveling to Greenland, which is where those chosen are being evacuated to. 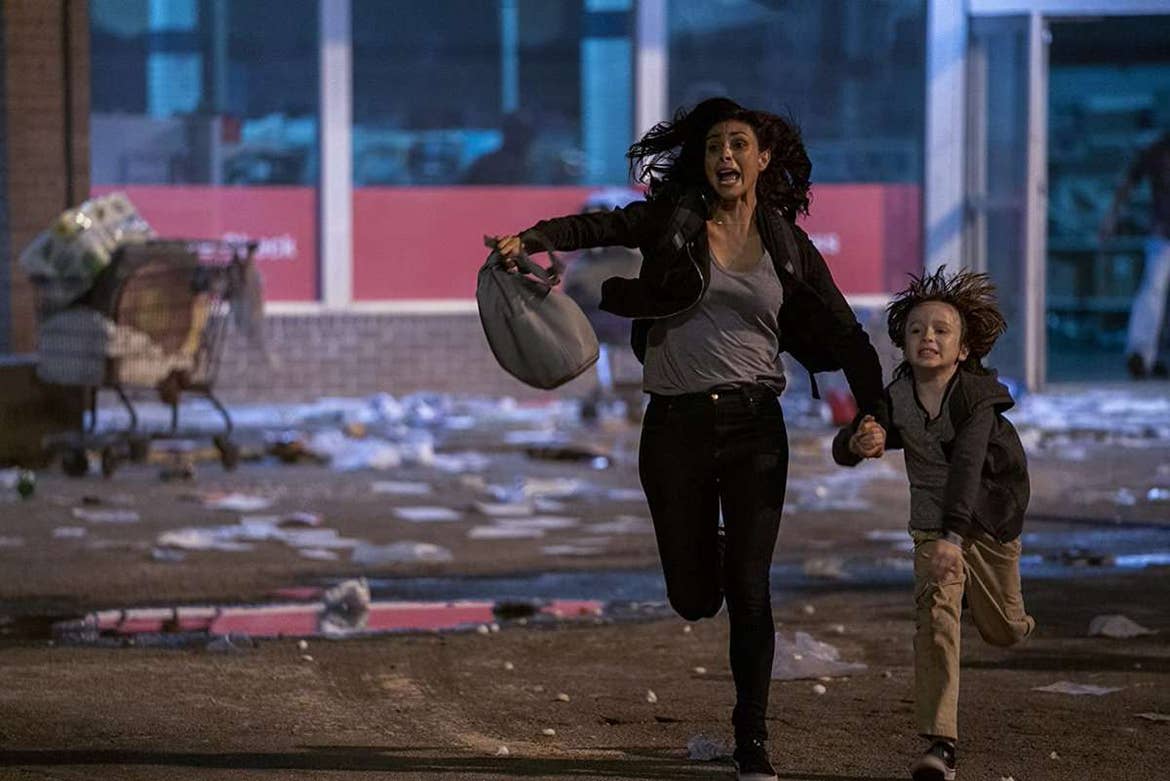 Allison And Nathan Running Towards The Evacuation Plane.

Another survivor observes John’s wristband and tries to fight him for it, making the truck crash, and Colin losses his life in the process. John then kills the unfriendly man with a hammer before he flees from the scene. Ralph and a resistant Judy fail to pass as Nathan’s parents back at Robins and are imprisoned. Allison and Nathan reconvene shortly afterward at a FEMA camp. Another significant feature of Ric’s movie is the “Good Guy” always ends up dead.

The subsequent day, John follows the damage and a countdown to the final impression on TV. He rents a car and finally comes to the home of his father-in-law, Dale, and reassembles with Nathan and Allison a little later. The family attempts to accept their fate. However, upon hearing about a complex of undercover bunkers near Thule Air Force Base in Greenland, where the evacuees are staying taken to, John understands that they might have just sufficient time to make it to Osgoode. The family then goes, saying goodbye to Dale before staying in his truck.

Hours later, they enter Upstate New York and get stuck in a traffic jam when a shower of particles rain down, destroying wheels and killing various people. John heads to drive them to a passage for refuge, and they proceed to Canada, learning that Clarke’s most abundant fragment will strike somewhere in Western Europe. They appear at the airport and convince the pilot of the last plane to take them. The sequence was very emotional and must have left everyone in teras. However, some might find it a little too much as there is no time to let your emotions take over when you have an apocalypse to survive.

The next morning, the plane reaches Greenland. Another fragment hits off the coast, and the shockwave resulted in the plane crash land into a valley; Due to the crash, the pilot fell into his demise. John, his family, and the survivors are pulled up by a military truck that takes them to Thule and is promptly ushered inside the bunker complex right as Clarke enters the atmosphere and strikes with Europe, destroying the planet.

Nine months later, the bunkers attempt to make radio connections with other potential survivors as several cities are shown in total ruin; Including Mexico City, Paris, Sydney, and Chicago. The Garrity’s and other shelter residents exit to see a radically-changed landscape, while Greenland makes contact with other stations globally. Each is released to hear each other and report that the atmosphere is finally clearing; Potentially giving humanity the chance to rebuild civilization.

It felt like makers were forcing a happy ending. They should have told us how they survived nine months in a bunker; Rather than just jumping to the part where humanity had a chance to breathe again. The movie has many loose ends which could have been fixed very easily.
The movie was logically wrong as a Comet can never strike the Earth. Comets revolve around the Sun, which can’t strike the Earth within a day.

Greenland was first hit the Belgium screens, making $73,112 from 55 cinemas on its opening weekend. On its first day of freedom in France. The movie made $255,000 with 31,000 tickets sold, 61% ahead of Butler’s OlympusHas Fallen (2013); Notwithstanding fewer theaters and tight COVID-19 limitations. Overall, it debuted at $1.09 million in the country, with a 10-day making a global total of $1.3 million. In its third weekend of worldwide release. The film finished first in nine nations and made a total of $2.82 million. In November, the movie opened in China and Mexico, debuting $3.4 million and $882,000, respectively. The falling global total was $43.1 million.

Writing for the Chicago Sun-Times, Richard Roeper awarded the movie three out of four stars, saying, “Unlike the typical, effects-laden, comet-threatens-the-planet B-movie, Greenland is more extra in the vein of Steven Spielberg’s War of the Worlds, with the scenes of confusion and destruction following as the backdrop for the story of one family’s desperate examination for survival. Even when circumstances have shredded them apart.” Writing for IdieWire, David Ehrlich gave the movie a grade of B.

So, to sum up, we can say that movie had so many loose ends and sequences that had no sense at all. The movie reflected some excellent human behavioral trials but failed to make a properly lined up survival story. The movie seemed centered too much on the protagonist. Yes, the world is coming to an end. But I guess a tragic end would have made the movie more interesting.

The ending seemed very fake. To describe the movie in one sentence is “Views deserved better.” My Rating For Greenland is 3 out of 5.