Green Mothers Club: Chu Ju Hyun and Lee Yo Won To Reunite For A New Drama 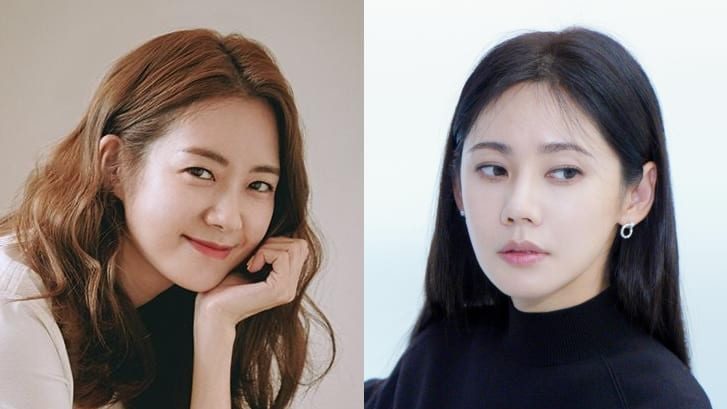 Actresses Chu Ju Hyun and Lee Yo Won are set to be seen in a show that centers around mother. Green Mothers Club will examine friendship and motherhood between five mothers. Although there will be other cast members as well. But, for now, Chu Ju Hyun and Lee Yo Won have confirmed their roles. The two will lead the show with their bold characters. The show comes from the JTBC network. Sadly, the network has not updated the fans about the release date yet. But, we do have got our hands on the synopsis, characters, and other updates.

Earlier, in April, Lee Yo Won recieved the offer to play a part in the show. On May 26, she confirmed her role. In addition to this, Chu Ju Hyun has also confirmed her role. It is also reported that both the actresses will play completely different roles with regard to traits.

Both the actresses were last seen almost a year ago in a Tv series. Hence, their fans are excited to see them play a different role this time.

The upcoming drama will definitely be a treat to all the mothers and elderly ladies. As the show will explore the strong nature of a mother, it will surely become a hit.

Lee Yo Won will be seen playing  Eun Pyo. Eun Pyo is a highly-educated mother with a very proud nature. She has given herself the title of “beta mom” (a mother who has a flexible parenting style), and she has the ability to change as she goes through all kinds of events in the elementary school community.

This is the first time Lee Yo Wan will be playing a mother. In real life, she is a mother to three wonderful kids. So, it will be easy for her to emerge into the role. Fans are waiting to see her in the new role.

Lee Yo Won made her debut in 1998 with the film, Scent Of A Man. Apart from movies, she has also been in many hit dramas like Queen Seon Duk, 49 Days, Avengers Social Club, and more.

Meanwhile, Chu Ja Hyun will portray Chun Hee- a mother who is always first in terms of beauty and information. Chun Hee is very popular among the other mothers and is at the top of the “parental” ladder. Cha Ju Hyun has previously played a mother in the show “Beautiful World.” However, in her previous show, she was a  calm and affectionate mother. But this time, she will turn into a “tiger mom” or a “very strict” mom.

Chu Ja Hyun is also a mother in real life to a little boy. Thus, the fans expect her to easily mold into the new role.

Chu Ja Hyun is a popular actress. She is famous not only in South Korea but also in China and Taiwan. The actress has worked in several shows and films. Some of her Korean work credits include My Unfamiliar Family, Beautiful World, Outing, and more.

Unfortunately, there are no updates on the release date of Green Mothers Club. The original network, JTBC, has not released any updates on the premiere. It is suspected that the show will air next year.

As for the plot, the ‘Green Mothers Club’  will center around the friendship, motherhood, and growth of five mothers. They all have met in the elementary community, and each of them possesses a complex that they could not overcome.

The show is about the strong bonds and sisterhood that will take place between the mothers. It will narrate the “dangerous” networking system of parents in the elementary school community. Also, it will reveal the secrets that mothers have hidden behind closed doors. The plot will make you wonder about the real friendship of people who befriend each other as adults.

The audience is really looking forward to seeing the show. Previously, we have witnessed shows where parents will go to any extent to provide a future for thier mothers. However, this will be the first time to see the “young mothers” in action.

The Penthouse Season 3 First Teaser: Witness Betrayal and Loss In The Final Season