Good Trouble Season 3 Episode 17 sees a lot of developments for Marianna and Callie at the moment. Marianna already was having quite downfalls since her separation from BB and was constantly miserable working with Callie. On the contrary, Callie saw that and tried to bring BB and Marianna together only for both sides denying to reunite. Despite the need, they have for each other. At the end of the day, Marianna realized if she really wants to be happy, there are some hard decisions she needs to take and the coming episode might make them worth it.

Coming to other things, Callie and Kathleen have been defending their teenage client Tommy. He is accused of killing another teenager Zach. While things worked really smooth for Kathleen. That was until one of the witnesses open up major evidence in court which neither the defendant nor the prosecutor knew. Evidence that may land Kathleen and Callie’s case as well as the client in trouble. Now the coming episode may see Callie having some hope. But where it may come from? Let’s find out.

Previously on Good Trouble, we opened up with Alice facing the truths that her former firm is doing well without her. Also at the same time keeping her kiss Lindsay’s girlfriend a secret. Also, Dyonte and Mallika might find themselves moving apart as their internship is ending. One of them will soon be hired. Kathleen breaks down how the lawyers usually work during the cases and how they present their clients to her team. Right from stories to how they will prove their case and at the same time how they try to convince Jury into their decisions. Now it’s her time to defend her client, Tommy. 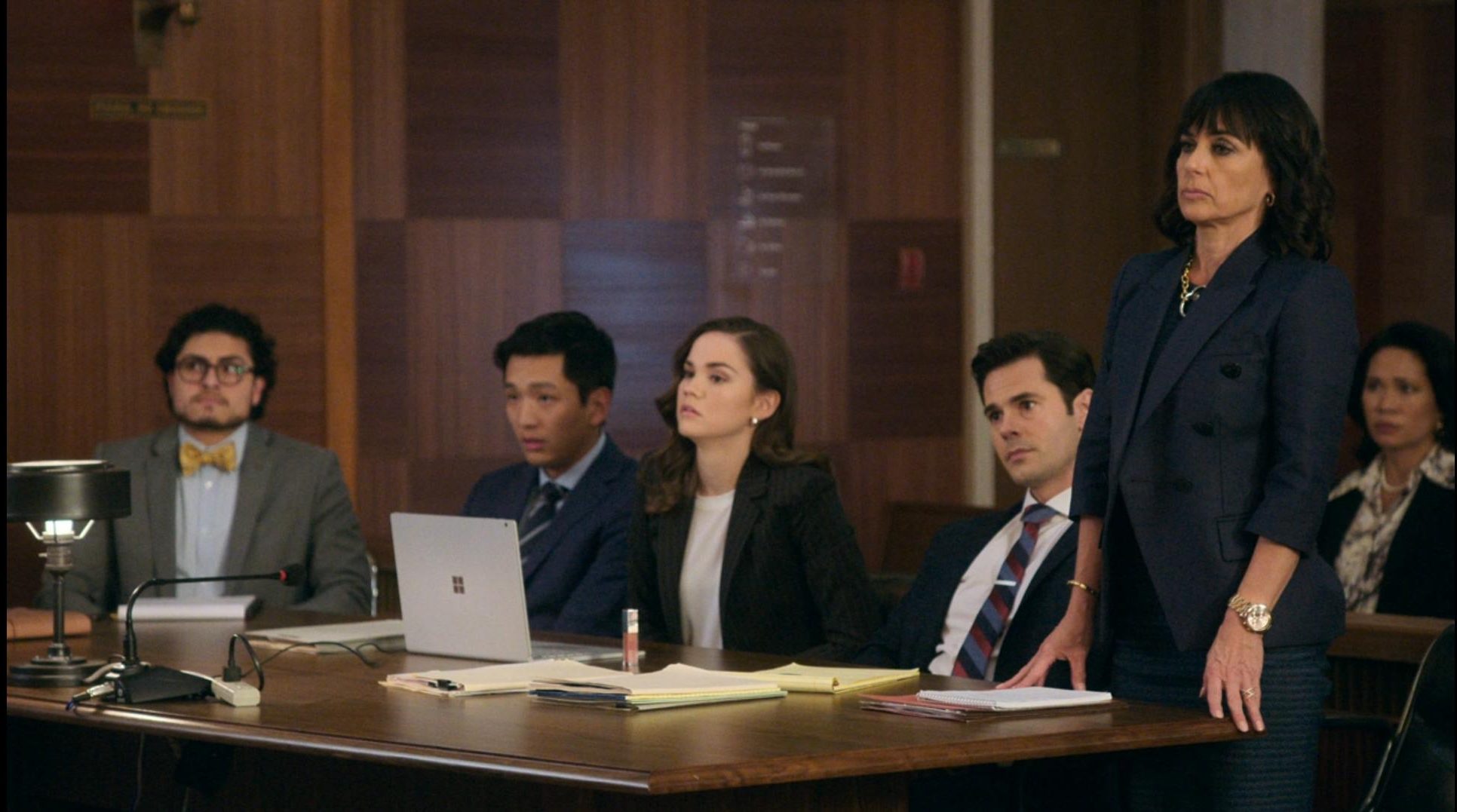 While Dynote and Mallika get along at work, Alice’s group receives permission to have five minutes into their showcase. So some of the sketches can be added back into the showcase. So this way rehearsals begin. While some sketches are decent, some not at all.  Jamie’s claims of Tommy killing Zack before the beer run is quite a question running around no. Marianna on the other hand receives a text from Callie to meet. It revealed Callie and Raj are in touch and both BB and Marianna are miserable without each other.

Mallika finds a new friend in the form of Angelica. While Alice’s sketch groups find solutions, Kathleen’s guide to the case continues. Simultaneously with the execution of the plan during the trial. Marianna had already met with her former firm members, thanks to Callie.  But she backed off and Marianna didn’t like the way Callie plotted her return to BB. Kathleen really turned things around for her Tommy-Zack case during the interviews with witnesses.

Alice and the group confront Scott about his ways and in turn, he gets angry and reveals the big secret of Alice and the casting director’s affair. Although Scott is out, no one wants to trust Alice either. Mallika helped Dyonte wrote an essay for the grant and it, in turn, helped him to get it. The existence of a video about Tommy and Zack’s fight causes havoc at the court.

Alice later confronts Lindsay believing it’s Lindsay who told Scott about the secret amidst her breakup. Ruby is asked to resign and Showcase might be canceled but she wants to win Alice back at the moment. The video reveals at the court has really turned the case around for Kathleen. Mallika is really mad she didn’t get the grant despite working twice the work but reconciles with Dyonte later. The episode closes with Callie confronting Jamie and Marianna applying for BB and returning to her friends.

Good Trouble Season 3 Episode 17 is titled, “Anticipation”. The official synopsis hints that the case of Tommy-Zack may continue in the next episode. That with Callie receiving an anonymous tip as the case is going downfall for her firm and client Tommy. Especially since the video from the night came into court. Marianna’s first day back at BB may see her landing a big client on the very first day, making the best of her demotion as a coder. Mallika might have found a new love. Davia finds herself facing old habits while Gael has decided to introduce Isabella to the family.