Gold Rush Season 12 Episode 11: Everyone May Need To Pick Themselves Up 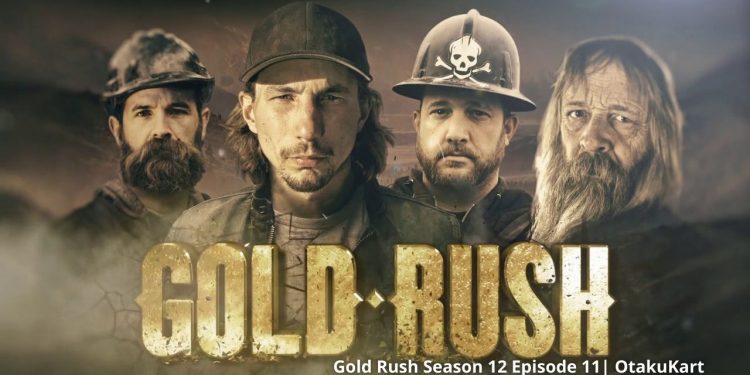 Gold Rush Season 12 Episode 11 may see the crews filling in for the time they lost in the recent episode. Every hour that goes without work sees the crew losing thousands of dollars. The same happened recently as everyone had their own drawbacks, which for a reason or two, saw them holding back. For starters, Brandon Carr’s day hasn’t been great. A huge hole in the punch plate ruined it all for him. Either he can fix it faster than the time it broke in last season or feel the wrath of Tony sooner or later as he loses money.

Coming to the Fred Lewis’ crew, Well, they were more determined than ever and working really hard until not one but two mishaps came walking towards them. First came in the form of a big rock. The second came in the form of Fred accidentally harming his own excavator. Lastly, we saw the Clayton brothers picking up their homemade equipment and reviving them with a little help from the experts. Thus marking the beginning of their new journey with them. Here is a look at everything that went down in Gold Rush Season 12 before we move to Episode 11.

Previously on Gold Rush Season 12,  we opened up at Paradise Hill. Brandon Carr recently got promoted to feeding the plant. Things were pretty great until he realized that there is a huge hole in the punch plate of the Trommel. Fixing the same last season took around four days. Although Brandon got the damaged punch plate removed, with every hour passing by, Tony was losing thousands of dollars.

Meanwhile, back at Lewis’ crew, a big rock got into the hopper shutting down the work for now. The crew doesn’t waste any time and get the rock out. If they didn’t have done the same, their season might have come to an end. Clayton Brothers were the other miners who worked on California Creek. They invited a few professionals in the form of Freddy Dodge and Juan Ibarra to take a look at the junkyard equipment that they came up with. They didn’t have much money to invest in things, so they had to work with what they had.

Coming back to Brandon Carr, Tony was losing $40,000 each day their operations were shut down. Four days down could have meant a lot of loss, but Brandon managed to fix the punch plate situation two days faster than last year. Thus saving Tony the loss of around $85000.

Lastly, coming back to Lewis’ crew, the team faced another roadblock when Lewis accidentally threw track on the excavator. It wasn’t broken but just came off because of the bedrock around. Fred had to take help from his wife Khara to help him with the excavator. Until the chains and the ropes snapped. It took some effort, but the problem was fixed. Meanwhile, Freddie and Juan fixed Clayton Brothers machines. Now the coming eight hours will tell if the fixes have worked or not. It did, and Clayton’s were definitely having steak at night.

Gold Rush Season 12 Episode 11 is expected to release on 3 December 2021. There isn’t much official detail on where the episode is headed. For now, we are expecting Tony’s team to get back on track after losing two days of work due to a hole in one of the punch plates. Coming to Fred recently, he might have got bumps after bumps, but his team has stood tall. They need to fill in for the time they lost amidst this.

Apart from all of them, we are most looking forward to what Clayton Brothers bring to the table. They have quite an emotional past when it comes to their family. Now they got what they deserved with their homemade equipment and machine fixed. All we need to know is at what level they can go working hard for their family. All in Gold Rush Season 12 Episode 11.

Also Read: The Voice Season 21 Episode 21: Who Made It To The Top 10 Performances Night?

Bulbbul Ending Explained: A Witch Or A Goddess Herself?