After an amazing Adele Concert and a returning Netflix show to close the night, what's the next show Gogglebox cast is looking forward to? 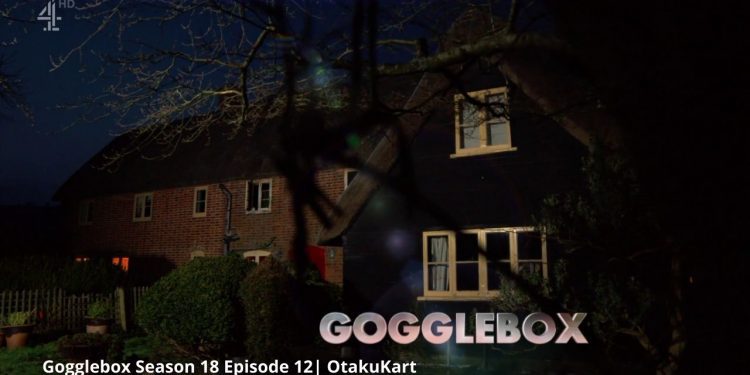 Gogglebox Season 18 Episode 12 marks itself as the second last episode before the season wraps up. At this point, the shows and movies the cast will be tuning in are still a mystery. Our prediction says the cast is definitely picking up the BBC News or ITV news to keep up with the Coronavirus situation which is escalating in Europe again. The restrictions, lockdowns, and vaccines have certainly left people frustrated who have opted to protest now as we saw in the recent Goggle Box episode.

So, before we move to Gogglebox Season 18 Episode 12, the last time we had quite a range of shows the cast reviewed. For starters, they celebrated the return of an iconic singer of the 21st century, then saw a celebrity mess up on a quiz show. Also a look at how the matchmaker for the rich works her way to help a single lady find her true match. Lastly, Channel 4 dramas and a popular Netflix show’s return also left the Gogglebox in awe and wanting more. Let’s not forget the reality show that saw the celebrities almost puke after watching what they were presented with. So let’s have a quick look at the same.

Previously on Gogglebox Season 18, the families opened the episode tuning into An Audience With Adele on iTV. Adele is quite a powerful musician in her own right who was making a return after five years. Many celebrities made their presence felt on the show. She talked to her fans before beginning her performance and the cast of Gogglebox sang along with Adele on her hit “Rolling in the Deep” as the audience in front of Adele danced along as well.

Following the show Adele put on, the families tuned into Newsnight on BBC News. They saw Borris Johnson missing out on the pages where he wrote the speech. Things went off as he had nothing to say. This led him to talk about Peppa Pig World which was pretty much awkward. Next up was Michael McIntyre’s The Wheel on BBC One. The cast reacted to Big Narstie messing up as he tried to guess how many teeth an adult dog has.

Also Read: How To with John Wilson Season 2 Episode 2: Appreciating A Wine

The next show in line was Inside Beverly Hills: The Land Of Rich And The Famous. The families met Gina Hendrix, the matchmaker for the rich people. The families observe how she helps an individual find the perfect person for them. Later the date she set up too. Later on, BBC News broke the cast’s heart when they saw the rise of Corona in continental Europe again. Thus pushing for lockdown. ITV broadcasted how the same resulted in people protesting.

Towards the ending of the episode, the families enjoyed the drama Close To Me which came with twists and turns of its own. Thus leaving many of them in quite a shock to see the story play out. Following that was, I’m a Celebrity… Get Me Out Of Here where celebrities were made to eat the weirdest food ever that even saw them puking. Tiger King 2 on Netflix closed the episode of Gogglebox, something the cast was waiting for all along.

Gogglebox Season 18 Episode 12 is releasing on 3 December 2021. There is no official release to indicate, what the cast of the show will be tuning in this time around. We are hoping to see them tune in the past two weeks’ best shows and movies. Even concerts, much like what they did with An Audience With Adele.

One thing we could say is, probably the Gogglebox cast may pick up the drama “Close To Me” which they also saw in the recent episode. Close To Me certainly ended on quite an unfinished note, so there is more to it.  Also, BBC News will surely be part of the show somewhere. An update on the Coronavirus situation we saw escalating in the recent episode could also follow in Gogglebox Season 18 Episode 12.

Also Read: The Simpsons Season 33 Episode 10: Maggie Will Get A Godfather!