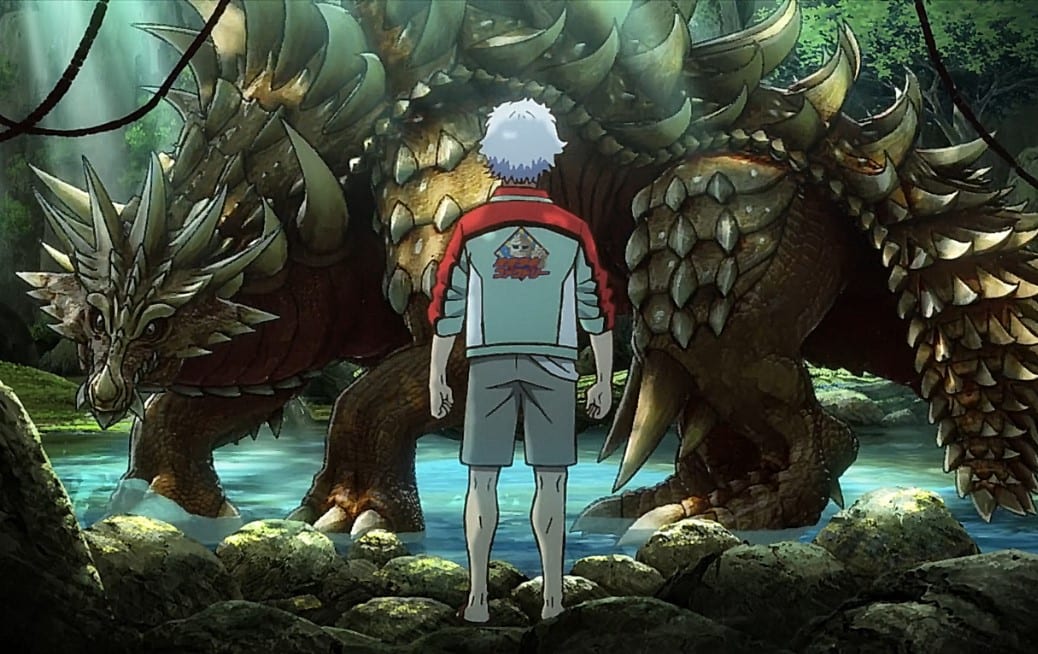 Earlier, After the recent incidents that almost destroyed the whole town, the governments was convince that they got rid of humanity’s threat. The flying dragon corpses were all over the town, and the government and researchers still wondered what the monster that attacked the city is. No one knew what that was, but they are happy that the monsters are no more. After a few months, the researchers and the rescue helicopter heads out since another incident has happened near the beach.

When they arrive, they find two survivors floating inside the beach that is full of blood. The rescuers tried to help the survivors, but they got hit by a huge tail of a monster. One of the rescuers reports to the HQ that they are under attack; a huge sea monster serpent-like has attacked their ship and helicopter. Before they finished, everything turns red, and they got swallowed by the sea. The high-ups wonder what swallowed the team they have sent. Meanwhile, Haberu, Yun, and Kai are at the wood investigating something.

The guards spot a huge monster dragon, and they froze. Yun asks them what is happening, and they point behind him while trembling and sweating. Yun saw the tail, but he was not scared, and he decided to follow what he saw. Meanwhile, Mei is investigating mysterious incidents and monsters that are attacking the city. The researchers have managed to capture one of the monsters. They realize that this one is not the same as the previous flying monster.

Nothing can scratch or hurt the dragon monster that they have captured. The dragon started rampaging, and the professor told the guards to look it inside. He reveals that this is the culprit that has been messing up with their radar. The researchers were shocked since they have never seen a dangerous and powerful monster like this one. Back in the woods, Yun follows a trail of blood, and he climbs the hill. After climbing the hill, he witnesses the impossible and wonders what he is looking at.

Yun jumps from the hill and heads towards the pond. He watches the dragon monster drinking water, and he did not react, but when he stepped on top of the lea,f the monster noticed. The monster turned behind and found that it is a human. The monster noticed that this guy means no harm, and it did not react. But Haberu, Kai, and the guards arrived at the scene and made a huge mistake by attacking the monster. Yun is disappointed; why did they attack it when it means no harm. 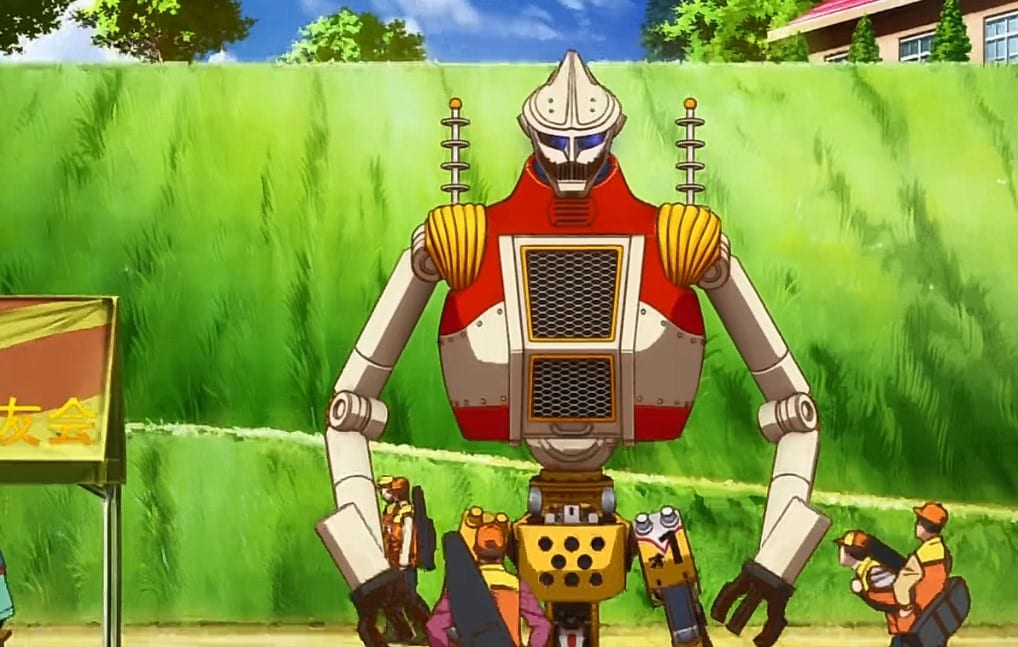 The Power of Old School

They fired red bullets that got deflected and nearly hit Yun. Yun dodges, and the bullets hit the rock. They wonder why this monster’s skin is so tough. Yun notices something, and when they look away, the monster disappears. Yun and the crew head back to the base, where Goro talks with an old hottie. Later they finished fixing the Jet Jaguar, and they tried to lure those monsters to capture them. The Japan crew has organized the cage to lock the monsters inside.

The old geezer Gen arrives, and Goro is glad that someone of his age is here. He came with a truck that will help them to pull the monster after they capture them. The two talk about the old geezer’s stuff waiting for the monster to attack them. Yun activates the Jet Jaguar, and the signal started spreading. The team at the mountain reports that they are under attack, and their boss told them to retreat and head to the base. The crew came back at full speed, but Goro was asleep.

Yun worries that Goro is sleeping and the monsters arrive. Gen decided to show them the power of old school. He clashes with the monsters using his weapons. After a long battle, the monster manages to destroy his truck, and Goro arrives at the scene. He comments that he will pulverize the monster with the power of Jet Jaguar.