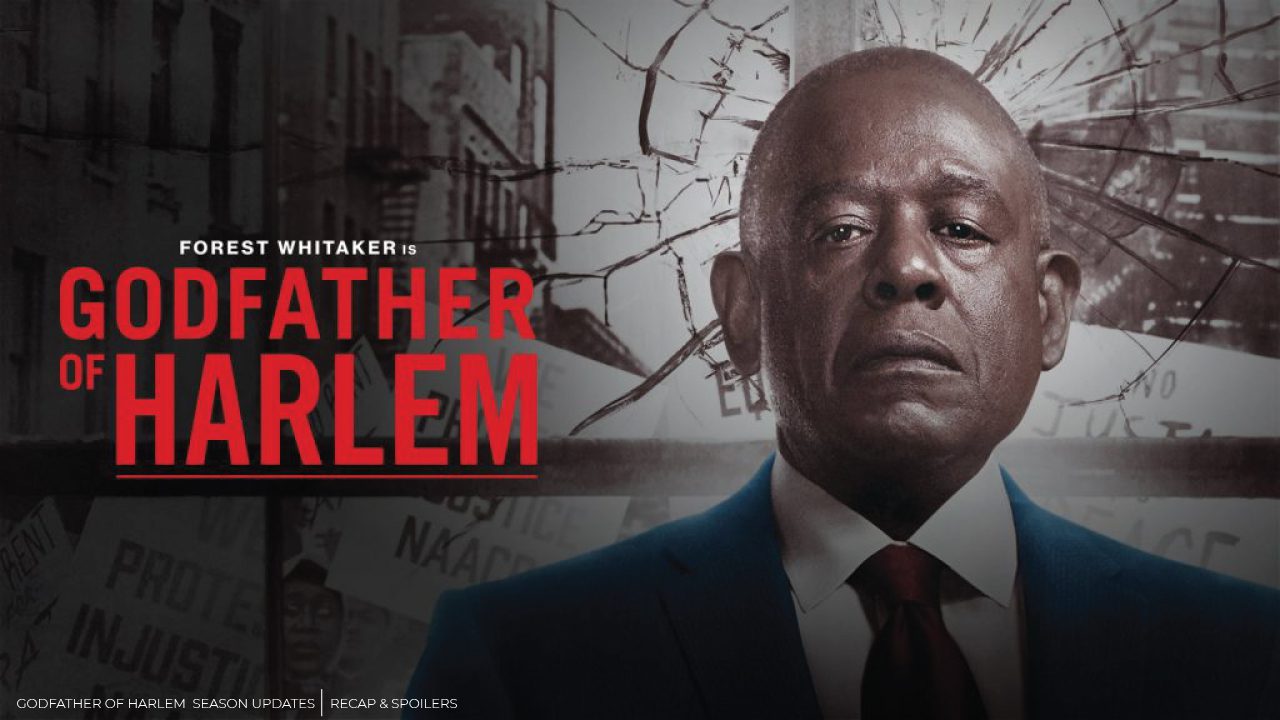 Wanna go back in the time and see how the criminals did better than the people who have power today. Head to Epix TV show “Godfather of Harlem”. The crime thriller focuses on the life of Bumpy Johnson, who was one of the most dangerous people in 1960s Harlem. As he came from prison, he found the condition of his city going down. Along with his gang being taken over by some other leader. Written by Chris Brancato and Paul Eckstein, the show tends to follow almost accurate timelines of Bumpy’s life. Along with starring many known names of the industry in the show.

After the release of season 1 in 2019, the creators went on to make a docu-series called “By Whatever Means Necessary: The Times of Godfather of Harlem”. The creators of the docu-series getting inspiration from the show itself. With the ratings and ever-increasing viewership, the show got renewed for a second season that premiered in the month of April 2021. With episode 10 of season 2 being out yesterday, fans are waiting for the next big thing. The news of a new upcoming episode or announcement for a new season.

The show tells the true story of the godfather of Harlem following the crime master Ellsworth Raymond Johnson. Getting the nickname “Bumpy Jhonson,” he was arrested for selling heroin. As he comes back completing his prison sentence, he sees the Italian gang taking over the city. Seeing the Genovese family rising with their organized killings and other crimes and the society going down as drugs flooded the area, he takes the matter into his own hands. In order to rehabilitate the neighborhood and advocate for its Black citizens, he started to draw the attention of politicians and civil rights leaders to Harlem city. He starts talking to Malcolm X and gets the Muslim minister on his side. The political reign rising in the city gets the different mobs ready to kill other people and to tear the city apart.

The Recap of Season 2’s Ending

As season 2 moves towards the end, we see Bumpy taking his time to get back on his feet as his right-hand man dies. Killing Bumpy’s man, Bonano is feeling so ready to take Bumpy down. Nothing left but having to suck it up and get his head up. Bumpy goes on to make a deal with Bonano to hold his position up. Swearing on trust and honesty, he goes on to make the partnership. On the other side, Captain Omar is proposing to Elise. But as she still has feelings for Malcolm and secretly having meetings with him, she confesses to Omar. She was telling him about his relationship with Malcolm. Telling her to leave his sight, he takes his proposal back. As she tries to meet Malcolm by going to her house, he bans her from entering the Mosque.

Bonano’s men corner Chin, not having a little bit of trust in his intentions. But Bumpy comes just at the moment and takes over the French Connection. He threatens Bonano’s man that if they want to continue running their business, they will have to go through him and his men first. With no other option left, Bonano gives his supply to Bumpy and leaves to manage the business in East Harlem. But that doesn’t end Bumpy’s problems as the war between him and the Italian Mafia gets complicated than ever. And Chin has managed to Costello and Bonano that the deaths of both Lorenzo and Richie Zambrano, aka the “Made Man,” happened because of Bumpy.

As the last episode of the season 2 premiers, we see Bumpy going to fight a few enemies. The Harlem Riots are one of the biggest events in the crime history of America from the 1960s. Malcolm is getting help from the unknown helpers. The riots did affect his business and supplies, but he is not going to give up that easily. Moving towards the end, Bumpy is also getting inspired by Malcolm X’s message of Black economic nationalism.

With the premiere of the final episode of season 2, fans are already waiting for a new episode. But for now, a new episode is not going to be on the releasing schedule as there has been no announcement for season 3. For the second season to be announced, it took about 6 or 7 months after the release of the first season. So we can expect the good news about the renewal of season 3 by the end of the year. And if we are lucky, we might get the Godfather of Harlem Season 3 by the end of 2022. But in the end, we can just predict and hope for the best while the real power lies in the hands of the writers, creators, and actors. Season 1 also had ten episodes. With a total of 20 episodes, “Godfather of Harlem” can be easily binge-watched in a day or two.

The Real Story Of Bumpy Johnson

Returning from jail after 15 years, it was hard for Bumpy to live as a free man and take his control back. Bumpy was actually born in South Carolina but had to move to Harlem to avoid being killed by the angry mob. As his brother was accused of killing a white man, the family had to leave the old place. Taking the odd way, Bumpy spent most of his 20s in and out of prison but truly made a name for himself in the 1930s when he began working for the Harlem mob boss Stephanie St. Claire. Serving as St. Claire’s right-hand man, he served at the forefront of the illegal numbers turf war against Jewish mobster Dutch Shultz.

After the murder of Shultz, Johnson also teamed up with the Italian Mafia and formed an alliance. Their rule went on to last for decades. He was known as one of the first black gangsters to successfully work with the Italian mob. Being known as a gangster, he was still known as a man of the people as he often gave back to his community. Before the premise of the show takes place, he was framed and arrested for selling heroin. When he was released from the jail, he was greeted by a parade. But in the episode, he is welcomed by his wife and a few people who needed his help.

Bumpy died five years after he got released from prison. He died because of a heart attack in 1968. As he died, he lay in the arms of one of his closest friends, Junie Byrd. The duo was eating breakfast at the Wells Restaurant along with other friends from childhood. At his funeral, dozens of uniformed police officers were present and were surrounding rooftops with shotguns in hand.

Who Was Vincent “Chin” Gigante?

Known as the “Odd Father,” Chin is the antagonist of Bumpy’s life. He has always undermined Johnson’s attempts to regain control of Harlem. Chin used to be a famous boxer but became a driver for a high-crime family. He later beccame an enforcer and the hitman to the top boss of the Genovese crime family. To avoid jail time, he used to wander in the streets wearing just a bathrobe. He died in federal prison in 2005 after he was arrested and sent to federal prison on racketeering and conspiracy charges.

How To Watch Battle Through The Heavens Season 4?