The Australian politician Gladys Berejiklian is the Premier of New South Wales. So who is Gladys Berejiklian’s boyfriend? Questions about marriage and children are like daily bread for the 50-year-old. Recently she parted ways with her ex-boyfriend Daryl Maguire. Gladys is a private person and so is her personal life. Finding a calm, controlled, and focused self like her’s is a catch 22. Above all, she has entirely devoted herself and is committed to her job. In 2017 she became the Premier of New South Wales. Berejiklian succeeded the former Premier Mike Baird. Before that Berejiklian was elected as Baird’s deputy. As a result of the ministerial reshuffle, she got appointed as the Treasurer of New South Wales. To be more precise not any ordinary one, but the finest one that New South Wales ever saw. As a result in 20 years for the first time, the state was declared debt-free.

Politics is a field that is known to be dominated by men. But she has proved her mantle in this field. So that’s it?. A successful Goody two shoes, single and unmarried woman? These mere words are not enough to describe the hard work she has put in to reach where she is. To the dating and love life questions Gladys herself admits that holding a position like hers makes it difficult to date. With all the security and protection one can barely steal some private moments out of that. However, amidst all this, a spokesperson confirmed her recent linkage with a lawyer. After splitting up with Maguire, Gladys and her current secret boyfriend have been spending some private time together. Without any further delay let’s hop onto the bandwagon and sneak a peek into the 50year old’s love life. 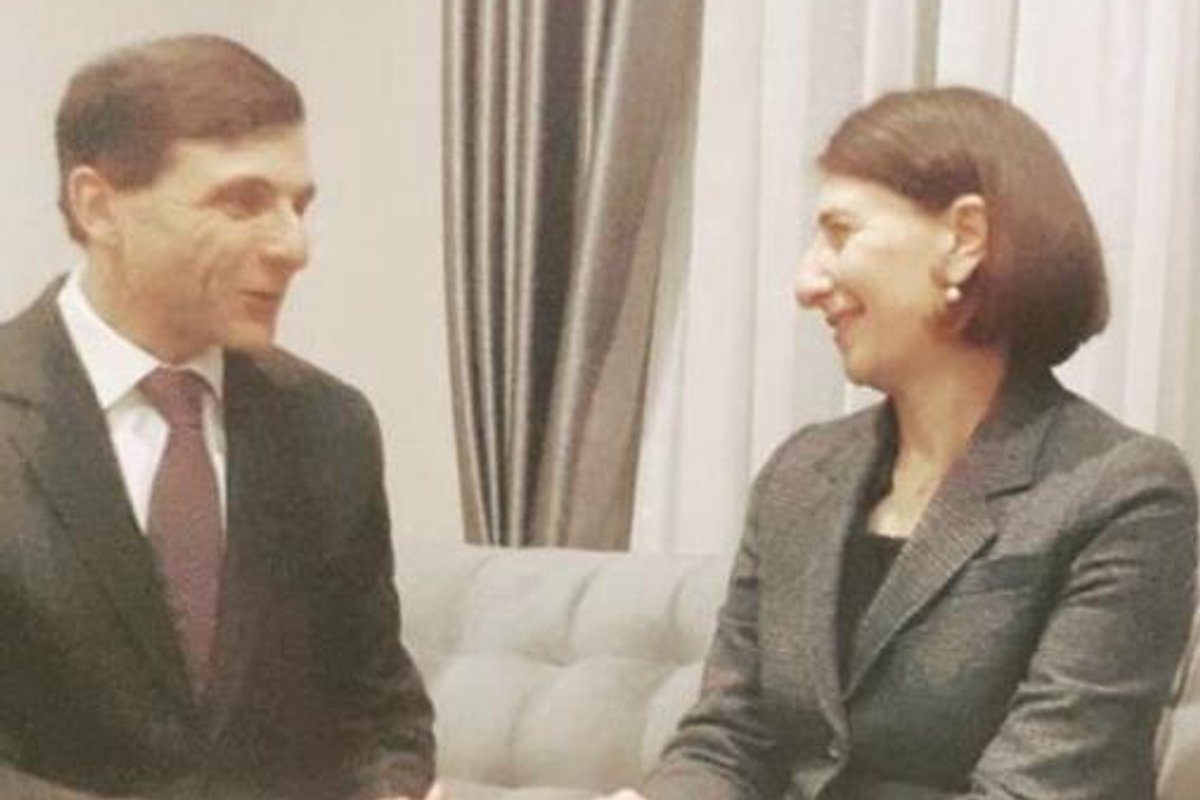 The photo posted by Gladys Berejiklian’s sister on her Instagram

Arthur Moose is Gladys Berejiklian’s current boyfriend. He is an advocate by profession. He represented Gladys in the Independent Commission Against Corruption’s (ICAC) inquiry. The inquiry was in relation to her ex-boyfriend and former politician Daryl Maguire’s case. Being a Sydney born, it is her beloved city. The SC Lawyer, Moses hails from Sydney as well. Gladys and Arthur have been spending time together for some time now. From her past relationship, it became clear that Gladys is good enough at keeping her dating life private. Obviously, it wasn’t her to let out the news of this new relationship of hers. It was her sister who spilled the beans!. Recently Gladys’ younger sister Mary took to her Instagram. Mary posted a picture with her sister Gladys and Arthur. The caption of the pic reads “After work Friday feels with these two. Glad and her boo.”

Daryl Maguire is a former Australian politician himself. He was reported to have been in a long five-year relationship with Gladys Berejiklian. Drawn into an inquiry by ICAC back in 2018, Maguire admitted his misconduct under a lot of pressure. He was accused of possible corruption that involved seeking payment and help broker a deal with a Chinese property developer. As a result of which he had to resign from his roles and the Liberal party. Another upshot of his doings came as an inquiry for Gladys. Regarding which she was questioned by ICAC. And as a result, she had to appear as a witness in many court hearings. Berejiklian is not found to be guilty of any wrongdoing. Last year she broke all her contacts with the MP Daryl. The NSW Premier and her Public pleadings

Amidst the COVID outbreak, the situation in Sydney became out of the control. She publicly pleaded to the federal government for more vaccine doses. The Prime Minister turned down her request to divert the vaccine supply to Sydney. Berejiklian announced the ever-increasing outbreak as “a national emergency” and extended the ongoing lockdown in the city. That’s just Tip of the iceberg. Her rather scientific approach to the pandemic proved to be logical until today. But reports today tell a different story. The Health Minister of New South Wales Brad Hazzard today delivered the dim news of 163 new locally reported cases in the state, for instance. Controlling the situation without ample vaccine doses? It sounds like finding a needle in a haystack. In Conclusion, it seems like The federal government has got its work cut out for itself.

Also Read: Who is Al Gore Dating? About The Politician’s Love Life