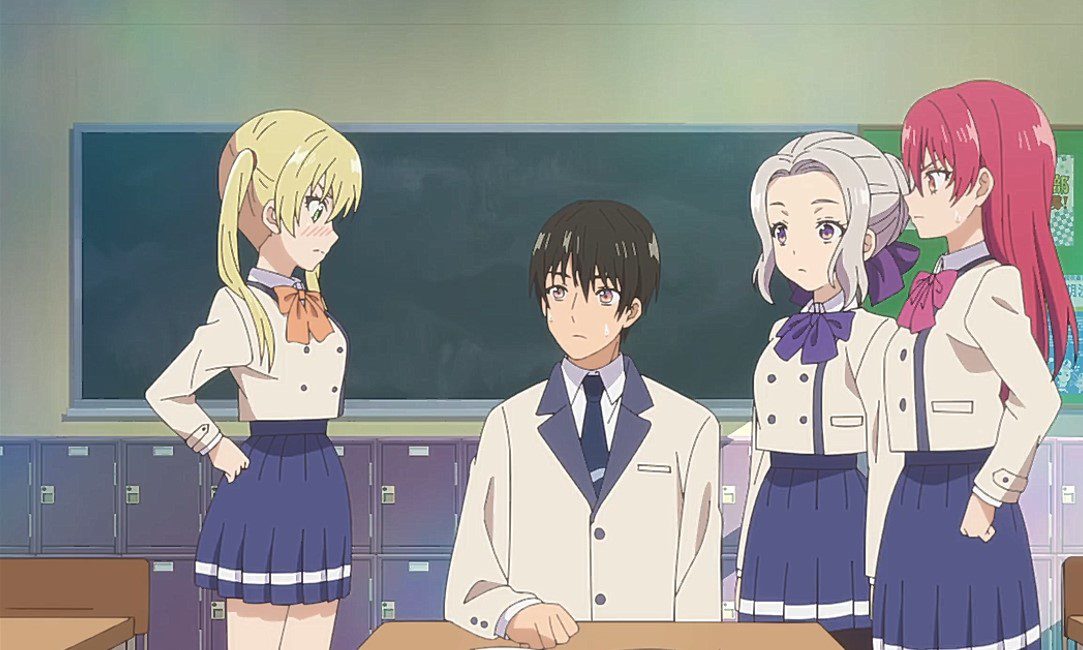 Girlfriend, Girlfriend Episode 9 will release soon. The latest episode has recently aired online. Let’s look at what is next in the love triangle story, where the third girl wants to be part of the trio. Milika has fallen in love with Naoya and vows to do anything for Naoya to recognize her. Saki got some romantic tips from her mother to awaken the manhood within Naoya. But the tricks didn’t work since Naoyo feels like he will be cheating if he shares only romantic moments with Saki alone. Let’s find what awaits Naoya in the recent episode of Girlfriend, Girlfriend.

The next day in school, Milika arrives late and realizes that the two rivals have already entered the class. She thinks that Naoya will end up as a three-timer. Milika entered the classroom and went to greet Naoya. Saki notices that and realizes that the worst love nemesis is here. Saki asks her why she is near Naoya, and Milika replies that she is greeting like everyone. The two argue, and Nagisa saw that, and it draws the attention of other students. One of the boys approaches the three and asks Naoya about his relationship with Milika. Milika notices that Naoya is taking time to reply.

She gets closer to him and comments that it is a serious relationship. The guy thought that it is accurate, and Milika adds that she is joking. Saki notices that Milika squeezes Naoya with her chest, grabs them while hurting her, and told Milika not to do that to Naoya. Milika breaks free, and Saki told her to stay away from Naoya. Milika fired back and said to her that she has a business with Naoya. Saki wonders what Milika is trying to do. Milika realizes that she can’t stop loving Naoya.

Saki points at her and reminds her that there is no room for her between them. Milika gets closer and whispers that Naoya is already two-timing her with Nagisa. Saki is speechless and holds Naoya telling him to be careful, and he needs to stay by her side when he is at school. Milika comments that Saki is wasting her energy. Naoya thinks that Saki is feeling lonely because she is worried about him three-timing her. Naoya hugs Saki and apologizes, saying that he understands her point of view and will stick to her like glue. 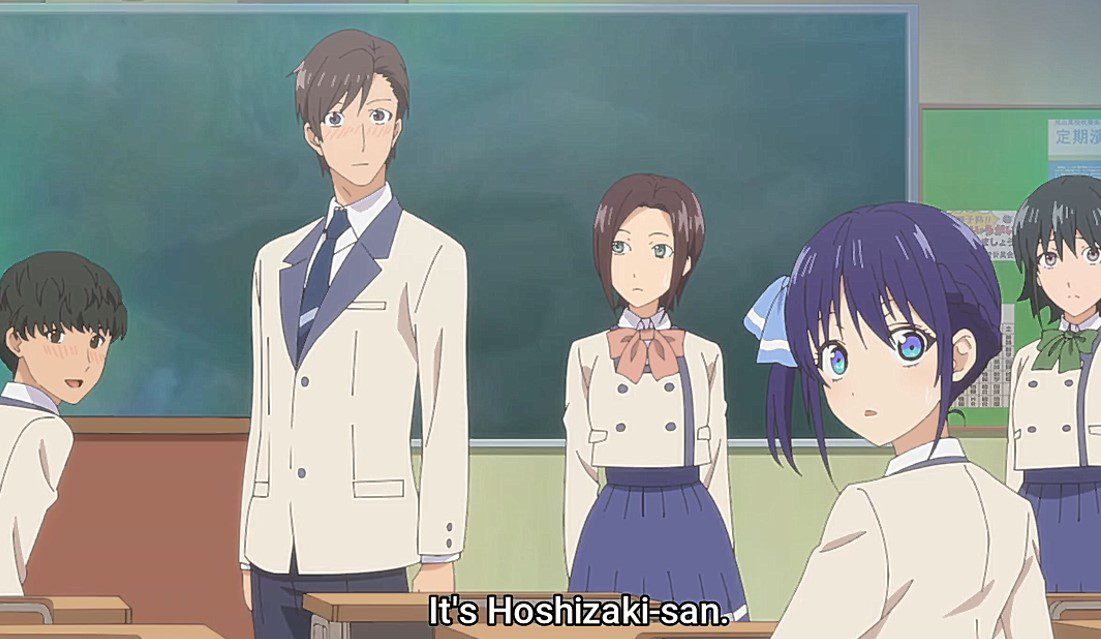 Saki realizes that Naoya is overdoing it, and she told him that is not what she meant. Naoya asks her if he is not doing it right, and Saki decided to go with the flow since Milika is looking at them. Milika gets jealous that they two are romancing inside the classroom. Saki comments that it is working, and Milika heads out, saying that she will be back. Naoya continues to be more romantic and told Saki that it is not easy to cure loneliness. The two also share the same desk, and Naoya walks with her while holding her waits.

Saki realizes that this is getting far, but she gets all the love. Naoya touched her chest, and she made that sound, and the whole class looks back with a gasp. Naoya talked loudly and said that he felt her melons. Nagisa wishes she was in that spot. Later the students enjoy talking about that incident. Naoya continues to shower Saki with romance and love. After school, Milika heads home, and Saki tries to chase her away. The next day at school, Naoya told Milika that she has a crush on him.

You can watch Girlfriend, Girlfriend Episode 9 online on Crunchyroll and Muse Asia YouTube Channel. Girlfriend: Girlfriend will be available every week on its official Twitter account and website; the new episodes and the previous ones will officially air online on official streaming sites with English subtitles.