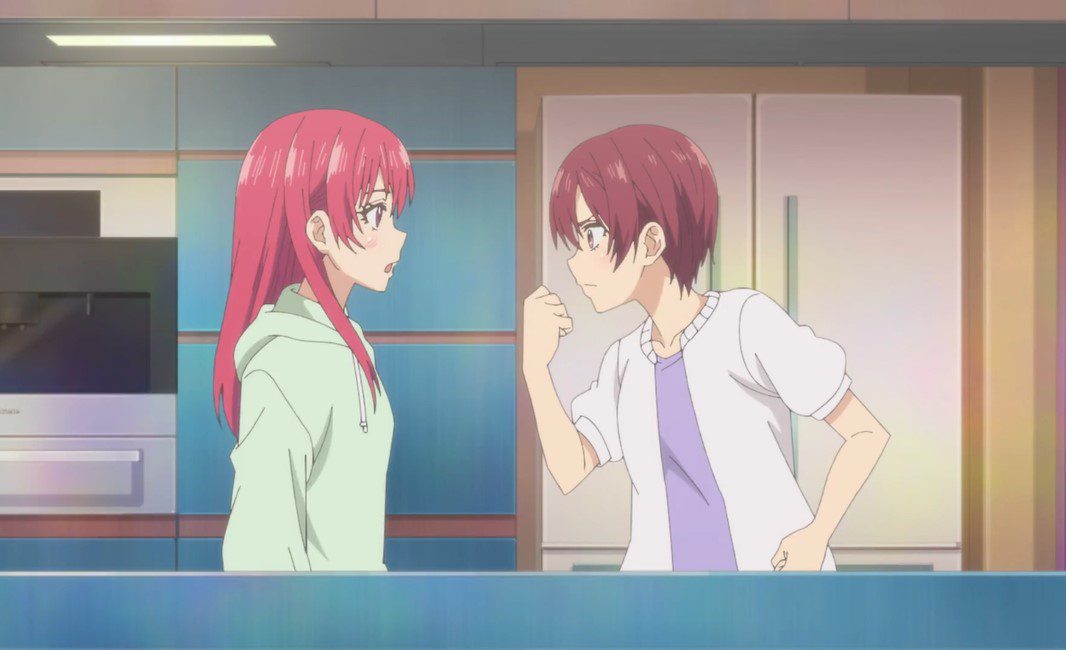 Girlfriend, Girlfriend Episode 8 will release within a matter of seven days, so let’s look at the updates of the anime. Milika’s case is far from over since the trio thought they could get rid of her so quickly. They tried everything they can, but they end up failing. Fortunately, Milika’s father came to their rescue and dragged Milika home. But Naoya ruined everything when he saw that Milika is sad and tried to defend her. They both decided to allow Milika to stay. Saki notices that Milika has fallen in love with Naoya and wonders if Naoya has seen Milika.

They both head home, and Nagisa with Saki worries about what will happen since Milika will be around. Saki wonders if Milika will officially become number three. The two sit down and try to develop plans to stop Naoya and Milika from falling in love. They realize that Naoya is weak in women, has a soft heart, and might accept Milika as the third girlfriend. Saki thinks that she has a better plan and realizes that she can’t do anything. The two decided to talk in the morning.

Saki told Nagisa that she would see her later and head to her mom’s place. When she arrives, she finds her mother enjoying dinner and greats her. Her mother asks about her relationship with Naoya and comments that she hopes they are enjoying. Saki replies that they are doing well. Saki feels like her mother is hurting her wound since they are three of them with one guy. But Saki’s mother only knows that Naoya is dating only Saki, the two of them in Naoya’s house.

The episode title is ” The Girl Challenge.” Saki insists that her relationship with Naoya is solid that cannot get broken. Saki’s mom is glad to hear that and asks if they are doing it. She replies that they haven’t thought about it and her mother asks if they have kissed. Saki replies that they have not done anything until now. Saki realizes that Naoya said he would feel like he is cheating if he gets romantic with them. She realizes that she and Nagisa have tried to make Naoya do it with them, but Naoya rejects them. 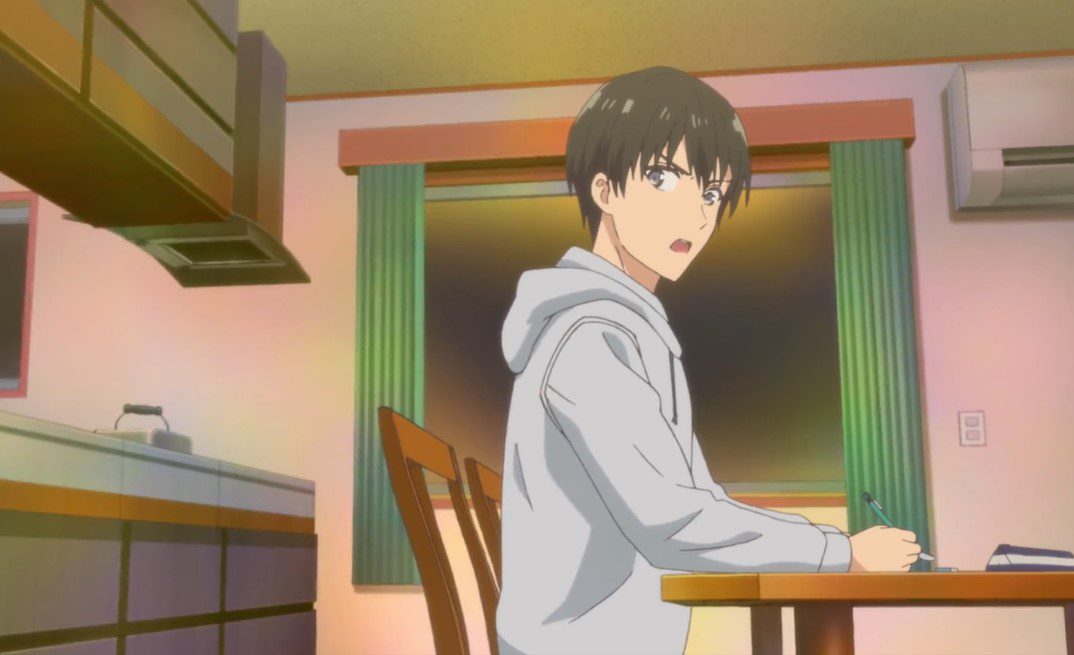 Saki’s mom wonders if Naoya lost his grove as a man. She praises her daughter that no man can let a cute girl like her stay virgin and wonders if Naoya’s manhood is weak. Saki wonders if her mother is telling the truth. Her mother comments that Saki’s beauty can awaken the man within Naoya, and they should have gotten romantic since it has been too long ever since they started dating. Saki realizes that it is hard to tell since they are in a love triangle. Saki wonders if they will stay like this without doing anything for the rest of their lives while they are in love.

She gets sad, and her mother wonders what is happening. Later Saki heads home and saw Naoya writing a love letter ate the living room. Saki asks if Nagisa has gone to bed, and Naoya says yes. Naoya looks at her and finds that she is wearing a sexy costume. He shouts and asks her why she is wearing that outfit. Saki replies that her mother said it would work, and Naoya explains why he is not ready to do it. The next day at school, Naoya met with Milika, who runs away after getting charmed, and she talks alone; she loves Naoya so much.