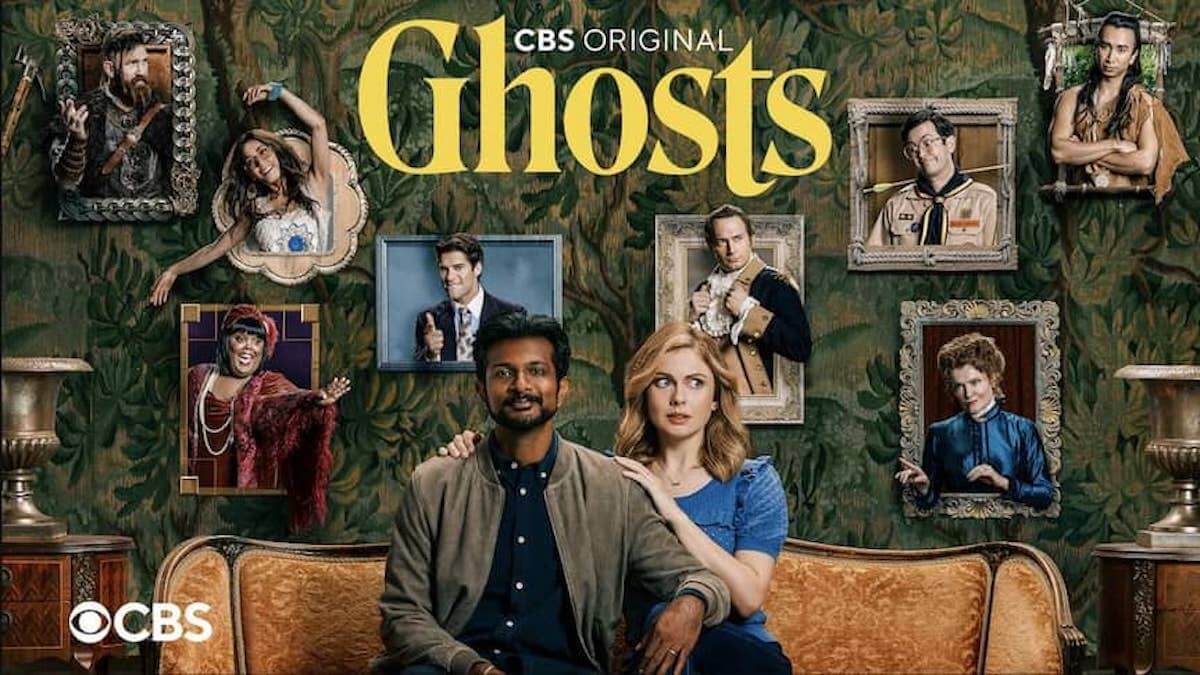 CBS Ghosts was one of the network’s new shows for the 2021-2022 television season, and it’s already proving to be a hit. Ghosts joins Young Sheldon, United States of Al, and B Positive on Thursdays, as well as The Neighborhood and Bob Hearts Abishola throughout the week, in CBS’ comedy lineup. Ghosts, a BBC One original series starring Tom Kingsley, started in 2019 and is continuing airing in the United Kingdom. The American adaptation of Ghosts has taken the first step toward achieving a comparable level of success, with CBS announcing that it has been renewed for a second season.

Alison Cooper receives the sprawling but dilapidated Button House from a distant female aunt who is 99 years old. The home is haunted by countless squabbling ghosts who died on its grounds over the centuries and are unseen and ethereal to the humans. In defiance of their solicitor’s advice to sell the house, Alison and her husband Mike opt to stay and refurbish it with the goal of turning it into a luxury hotel. The ghosts are dissatisfied with their plans and plot to expel the visitors.

Episode 13 Recap: An Ghost In “The Vault”

In Episode 13 of Ghosts Season 1, Sam and Jay broke down the lock to a secret bank vault – using Hetty’s husband’s maid’s birthday, no less — only to discover that they wouldn’t be inheriting a fortune. Instead, Hetty’s spouse and first cousin, Elias, a real-life robber baron, appeared.

He tried to hit on Alberta as soon as he emerged from the gloomy depths of the vault, where his only companion was his own very decaying body. He was adamant to get rid of the “livings” for corrupting his submissive wife after he learned she had transformed and became someone with her own voice and thoughts. 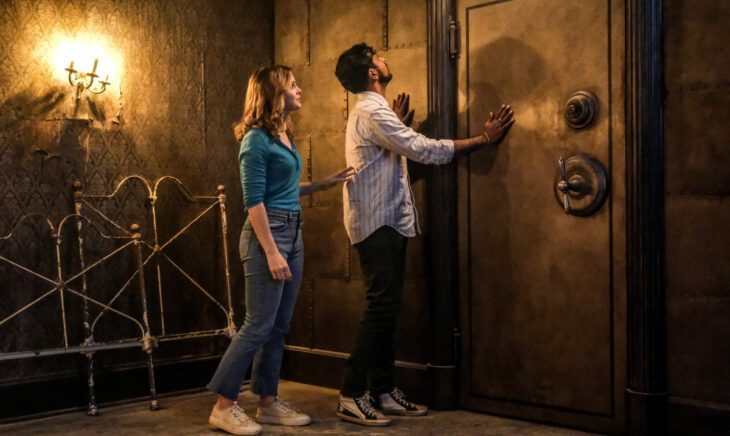 He made it his mission to sabotage them with his newly discovered power after learning that they needed to stage Liz and Kenny’s wedding to put the house on the map or they’d go bankrupt and have to sell. Jay and Samantha considered telling Kenny about the incident until he recognized it was Elias’ ghost power at work. Unfortunately, Elias went straight past her before she could deliver the message to Kenny.

Hetty urged Elias to go to hell after he made it plain that he wouldn’t change, and he did. In a sense, yes. As the land below him opened up and swallowed him into a blazing red pit of fire, everyone around him gasped in surprise. Meanwhile, the ghosts deduced that because Elias’ ghost had an expensive clock, he must have had one on his corpse as well.

Jay did his part for the squad by retrieving the watch from the bank vault’s dead man. With such a valuable asset in their possession, the Livings were able to buy some extra time to prepare the BnB for guests.

Also Read: Where Is Teen Reality Show ‘Teen First Dates’ Filmed? All About the Show

Ghosts Season 1 Episode 14 Release Date And What To Expect

Ghosts Season 1 Episode 14 will release on Thursday, February 24, at 9 p.m. ET/PT. On Ghosts Season 1 Episode 14, “Ghostwriter,” Sasappis and Sam Butt take over the creative direction of the B&B’s website. The smart pun in the episode title is only one of many wonderful jokes that Ghosts continues to toss our way. Because of its power to make us laugh and cry — often at the same moment — this jewel of a show keeps its viewers and attracts new ones. 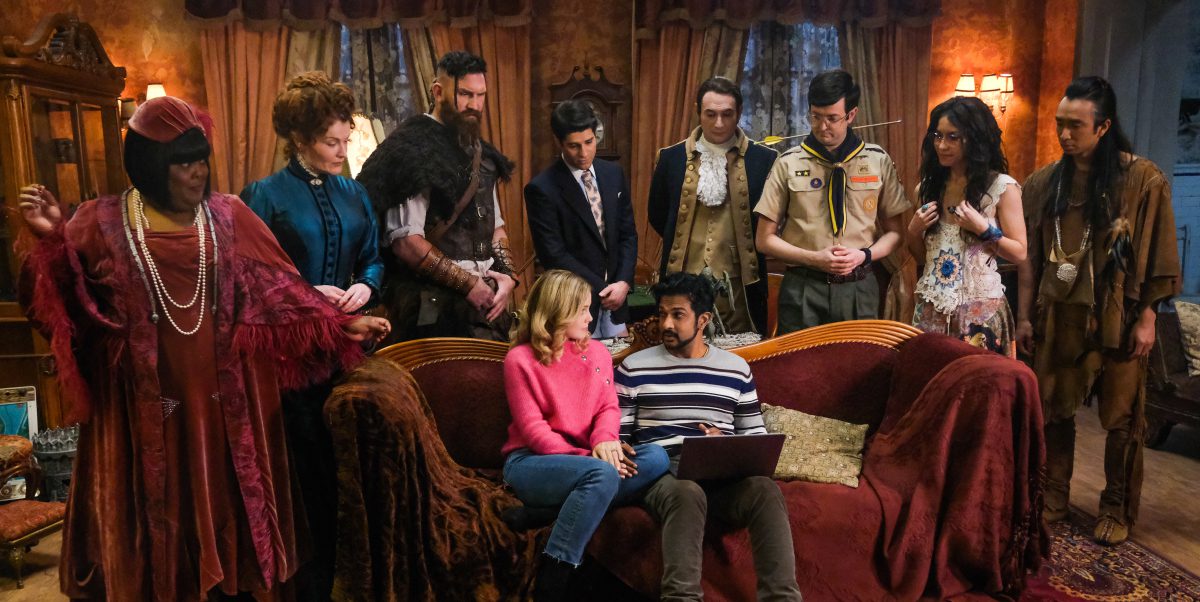 “Ghostwriter” may force us to do just that, based on the promo video because there’s no way we won’t become teary-eyed witnessing Sasappis and Sam’s heart-to-heart. When Jay makes a new living friend, there will be plenty of emotions in Pete and Jay’s growing bond. Fortunately for Jay, he’ll have Flower to lean on if he needs someone to talk to.

Fans are so enthralled by this series that they can’t wait for the next episode.

All cable subscribers can watch Ghosts, which airs on CBS. Fubo TV, Hulu with Live TV, and YouTube TV are just a few of the live TV streaming services that carry CBS. Subscribers to Paramount Plus, which includes access to a live stream of their local CBS station for $9.99 a month, can also watch the show live. The streaming service will have the most recent episodes of Ghosts available to all users ($4.99 and $9.99) the day after they air on broadcast, making it a viable choice for watching Ghosts on demand.

Also Read: Where Was’ Falling For Figaro’ Filmed? All About The Plot & Cast