The fantasy medical drama series ‘Ghost Doctor Episode 2’ is all set to hit the screens. The previous episode of the show 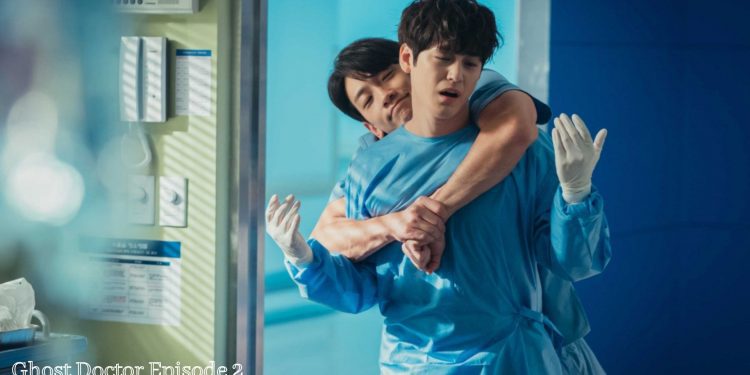 The fantasy medical drama series’ Ghost Doctor Episode 2’ is all set to hit the screens. The previous episode of the show has been really engaging for everyone out there. Therefore, we are expecting to see the same from the second one too. With a great plot buildup and powerful cast performance, the show has successfully hooked up everyone. The first episode of the show has been a good opening act and filled with a brief introduction for every character in the show.

The genre of medical mixed with fantasy has always been a great combination to look forward to. And therefore, the plot structure of the show too has attracted many eyes towards it. Both the cast and crew lineup of the show has done an amazing job in building a perfect aura inside the show, which has enveloped everyone inside its spell.

Moreover, the most interesting detail about the show is that it has managed to engage the majority of its viewers even before its release. With the regular updates from the show, all the K-Drama enthusiastic are already in love with the drama series. Here, we have summarized all the details about this upcoming drama series. Therefore, let’s have a look quick look inside.

The tvN drama series ‘Ghost Doctor’ Episode 2 will be released on January 4, 2022, at 7:00 PM. The cliffhangers from the first episode are going to be over really soon. It is pretty clear from all the theories and edits going around the internet that the drama series has managed to cast its engagement spell successfully. The level of engagement it is providing is pretty visible from the headlines and wild internet out there.

With a total of 16 episodes, the South Korean drama series has a very interesting viewership score. And, fans out there are really expecting to see a fabulous consistency throughout the premiering period of the show. There’s much to happen in the series, and it will be quite some time for everyone to acknowledge the same.

Where to Watch ‘Ghost Doctor’?

For all the domestic and international viewers out there, Viki is the streaming platform for all of you. The tvN drama series has been limited to only a few of the platforms, and Viki is one of the reliable ones among them. Whether you are a domestic or international viewer, you won’t need a subscription to catch up with the show.

The audience out there has been introduced quite briefly to the doctors in the previous episode, and now they are eager to see them working on cases in the upcoming ones. Cha Young Min, Ko Seung Tak, Jang Se Jin, and our emergency nurse Oh Soo Jung have managed to win the hearts of everyone out there through their powerful screen moments.

Moreover, in the upcoming second episode, we are expecting to see the roll-up of the supernatural genre of the show. We got the introduction of them in the first episode, and now the audiences out there are more than eager to see the incidents happening on the screen. Therefore, chances are high about the same.

All in all, Cha Young Min and Ko Seung Tak make a very chaotic and loveable duo. And, we can’t wait to see more moments of them being chaotic together.