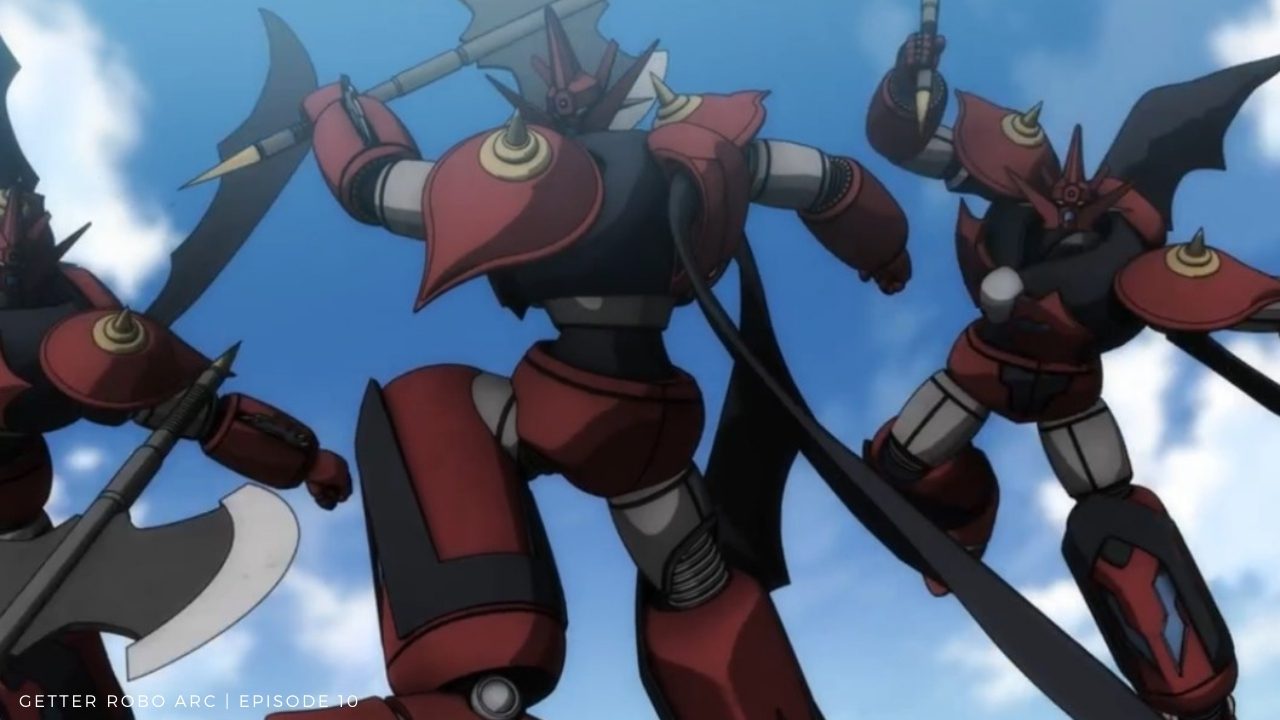 The war between the Getter Ray and Insects Monsters starts with Getter Robo Arc Episode 10, with Kamui and his crew assassinating the new enemies that have appeared at the base. This episode will release this coming weekend; from the latest episode, Getter Robo Arc, the monsters infiltrate the city and begins to terrorize humans. The army sent the warriors to counterattack the enemies with Getter Ray. The soldiers advance and start to burn the invaders into ashes.  The insects begin to explode when they make contact with the soldiers. The episode title is ”Charge.”

Goh got surrounded by insects and used Getter Beam to eradicate them. The warriors are impressed that Goh killed half of the top with a single blast. Goh traveled at full speed, and Jin’s team wonders where he is going. One of the men reveals that they have lost the signal. The commander wonders what is happening with Goh. One scientist called Saotome Lab and told them that Machine Land is under attack by the Andromeda Stellarator. Kamui, Takuma, and Baku face Andromeda Stellarator. They try to shoot the monster down, but there is no effect. The scientist guy comments that someone is scanning their network.

The beast told the trio that he has seen what the pea-brained earthlings are up to, but their attempt to reach their star system won’t be possible. That beast changes into McDonald’s, and Takuma realizes that it is his arch-enemy. McDonald’s calls them brats, and they don’t have hope of surviving. Takuma gets furious and fires multiple shots at McDonald’s. McDonald told them that they are wasting their time; Earth will get consumed by the Stoker and then get obliterated no matter what they do.

Inside the water, a black portal opens hordes of insects emerges in numbers. The warriors use Magma Cannons to burn the nest. The battle gets intense, and another giant beast appears inside the water telling the humans to meet their maker. The guy opens his mouth, allowing the insects to fly out and battle with Getter Robots. The Dinosaurs ‘ army begins to swallow those insects, but some are tougher, causing them to have back and forth. The gigantic beast uses a laser beam from his eyes and boils the water, making the opponent scream out of the burning. 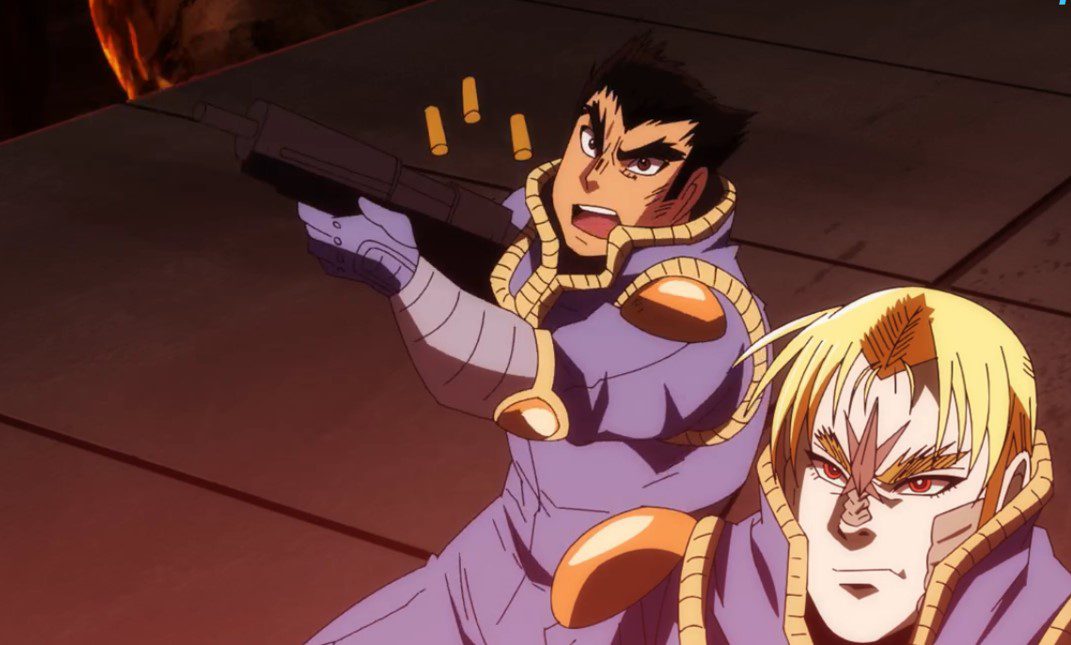 The frontline said that the enemy had breached their defense. They order the redirect troop to counterattack. The guys wonder how Zold is doing, and one of them said it had not taken a lot of damages. They decided to send the enemies away from Zold for it to recover. One of the heroes from Dinosaur Empire rides the Dino Robo and uses a knob to smash the insects. The hero said that it wouldn’t take long until they managed to destroy the teleporter. The trio realizes that protecting Zold is their top priority. Takuma continues to shot, but Donald keeps on reviving.

The gigantic beast told the humans to fall on their knees since extinction is now their fate. The guy insists that Earth will get annihilated, and their planets will consume this world. Baku replies that they won’t sit and allow the demo0ns to do that. Kamui said they could say whatever they like since they are not worthy but run-of-mill invaders; the enemy replies that Getter Robo is the invader along with all Eart-born lowlifes. The trio gets inside the Getter Ray and manages to make it to the other side. 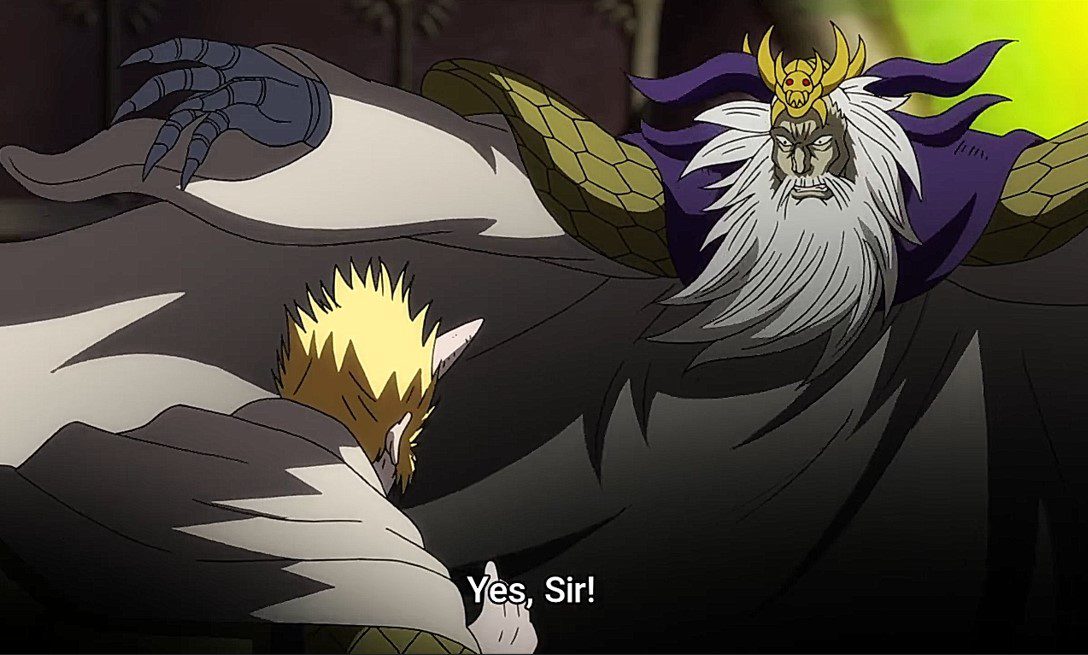