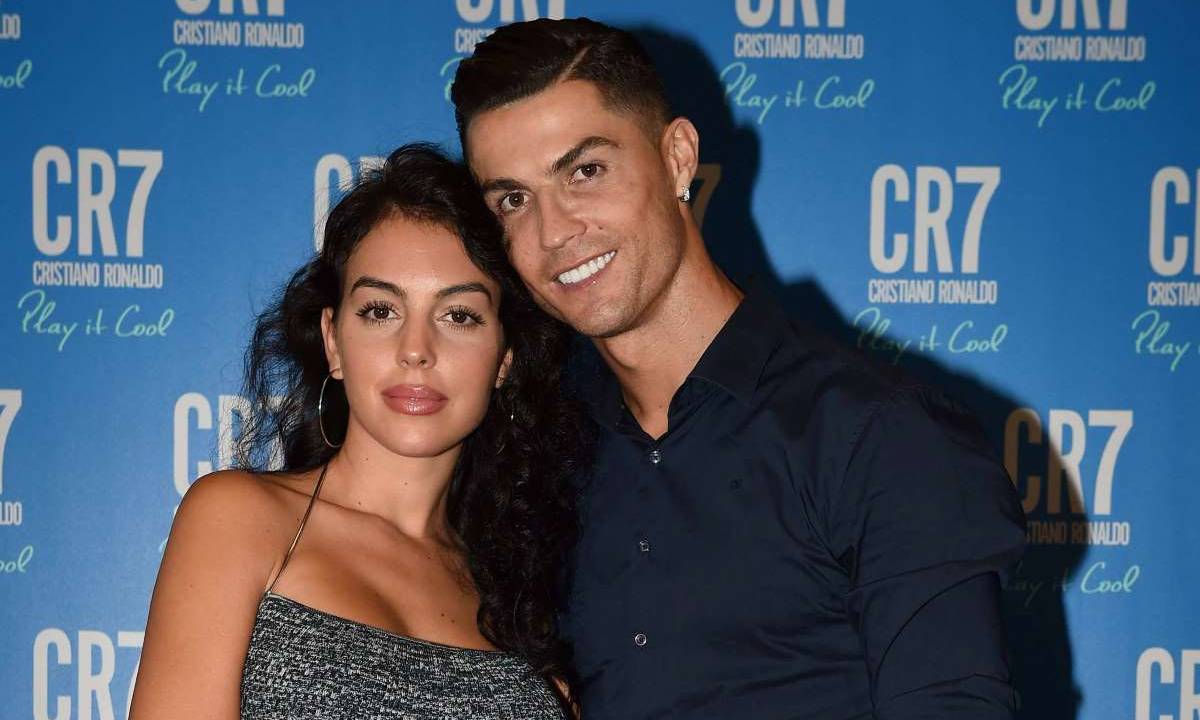 The legendary footballer Cristiano Ronaldo has been dating Georgina Rodriguez for the last five years. Georgina is a famous Spanish model. Georgina Rodriguez was also featured in the popular magazine “Women’s Health,” which must have only increased her net worth. The couple recently shared great news with their fans. The great news is that they are expecting another baby! Georgina is pregnant!

Georgina and Ronaldo have always been looked upon when one thinks of an ideal couple. They are loyal, limitlessly supportive, and full of love for each other. Never have I ever seen either of them being trouble for another. However, between all this happy time for fans and literally everyone, you might start wondering how much does Georgina earn? What is Georgina Rodriguez’s net worth? She is not just a model but also a dancer and a huge social media influencer. We have got everything you would love to know about Ronaldo’s girlfriend, especially her net worth! 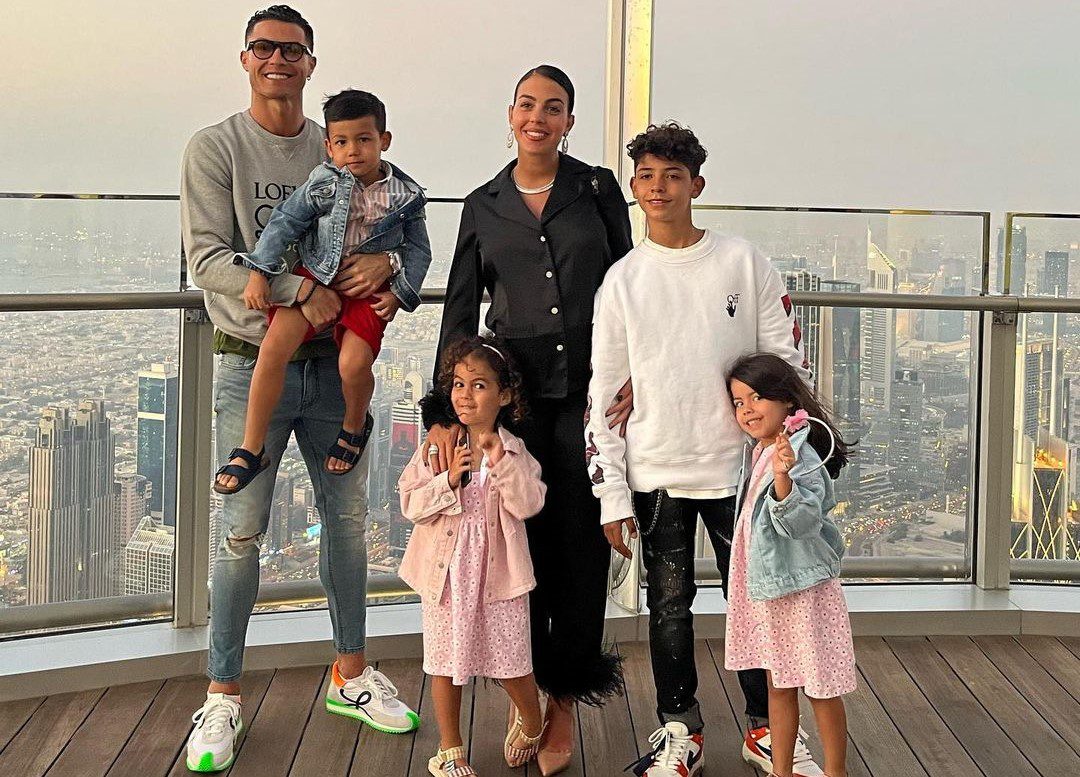 A Glimpse Of Early Life

Georgina Rodriguez was born in 1995 (28 years). Born in Spain, Jorge Rodriguez and Ana Maria (her parents) loved her with everything. When they realized their child had an interest in dancing, they made her go for dance classes since she was just 4. After high schooling, Georgina moved to Madrid to build her career. She worked as a saleswoman at Gucci Boutique. It was in the boutique that Cristiano and Georgina met for the first time.

Later, she was featured in ‘Lux’ and ‘Diva E Donna,’ the world-famous magazines. As she grew popular, she gained a huge fanbase too. Today, Georgina has 31.7 Million followers just on Instagram. 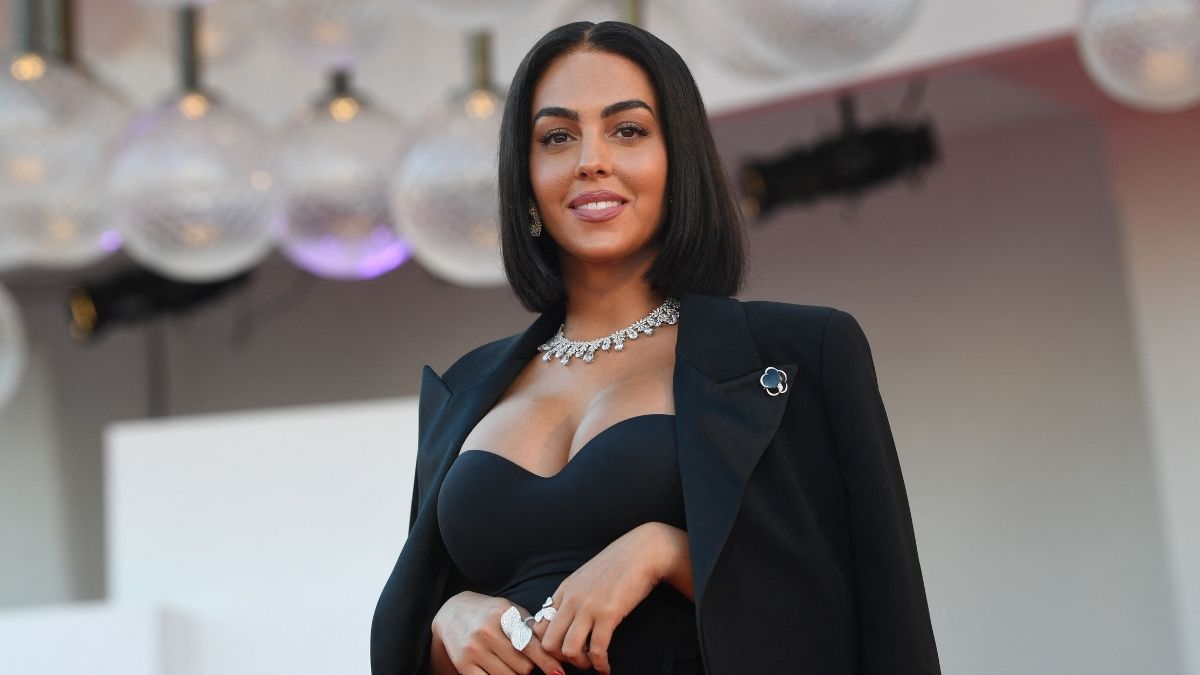 What Is Georgina Rodriguez’s Net Worth?

As of January 2022, Georgina Rodriguez has a total net worth of about $10 Million. She is a perfect model, and she really did maintain herself very well. She is a mother of 3 children (twins to be welcomed soon too)! Can you believe it?

She built a successful career in modeling. Today, she is a big internet sensation! Everyone admires her beauty and nature. Georgina played a great supportive role, too, as Ronaldo’s girlfriend. She has always supported and appreciated his work. This lady is indeed a strong personality. If you look into her work as a model, you will know how flawless she does the job! 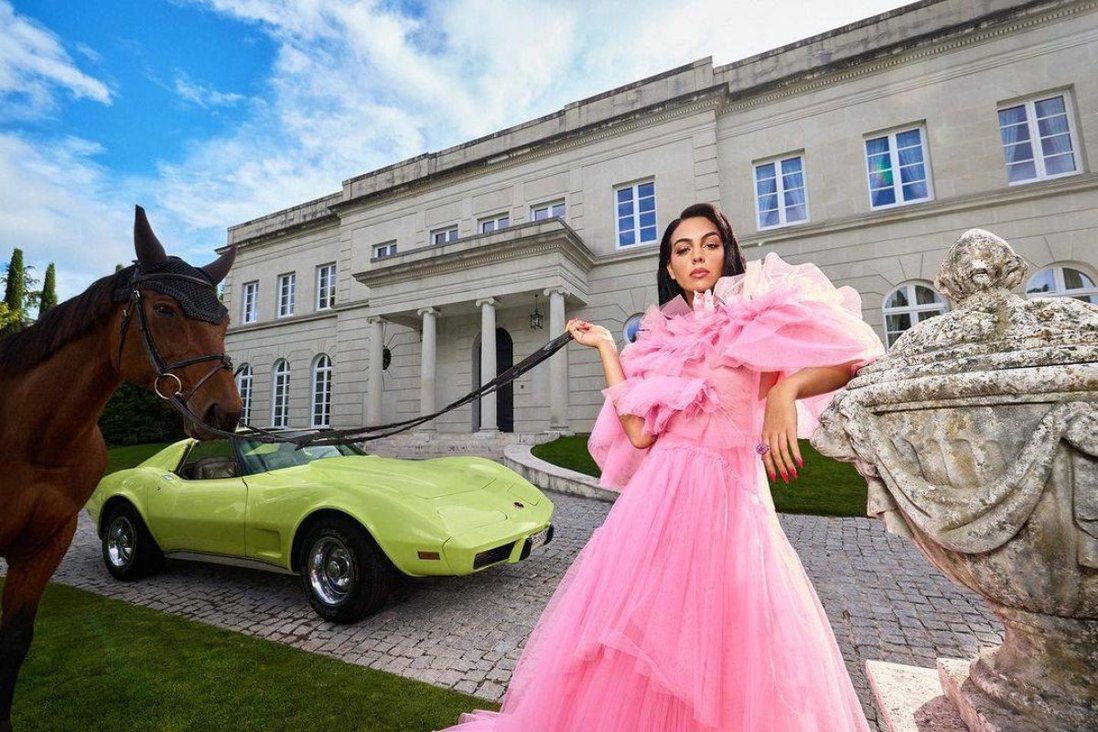 The supermodel has two siblings, one brother, and one sister. Although not much information is there about her brother, her sister Ivana Rodríguez is also a social media influencer. Apart from that, Georgina has been dating the famous footballer Cristiano Ronaldo for quite a long now. She gave birth to twins via surrogacy. She also brought another baby into Cristiano’s life. And so, the couple has three children together, 4-year-old twins, Eva Maria and Mateo; 4-year-old daughter Alana Martina; and 11-year-old son Cristiano Jr. 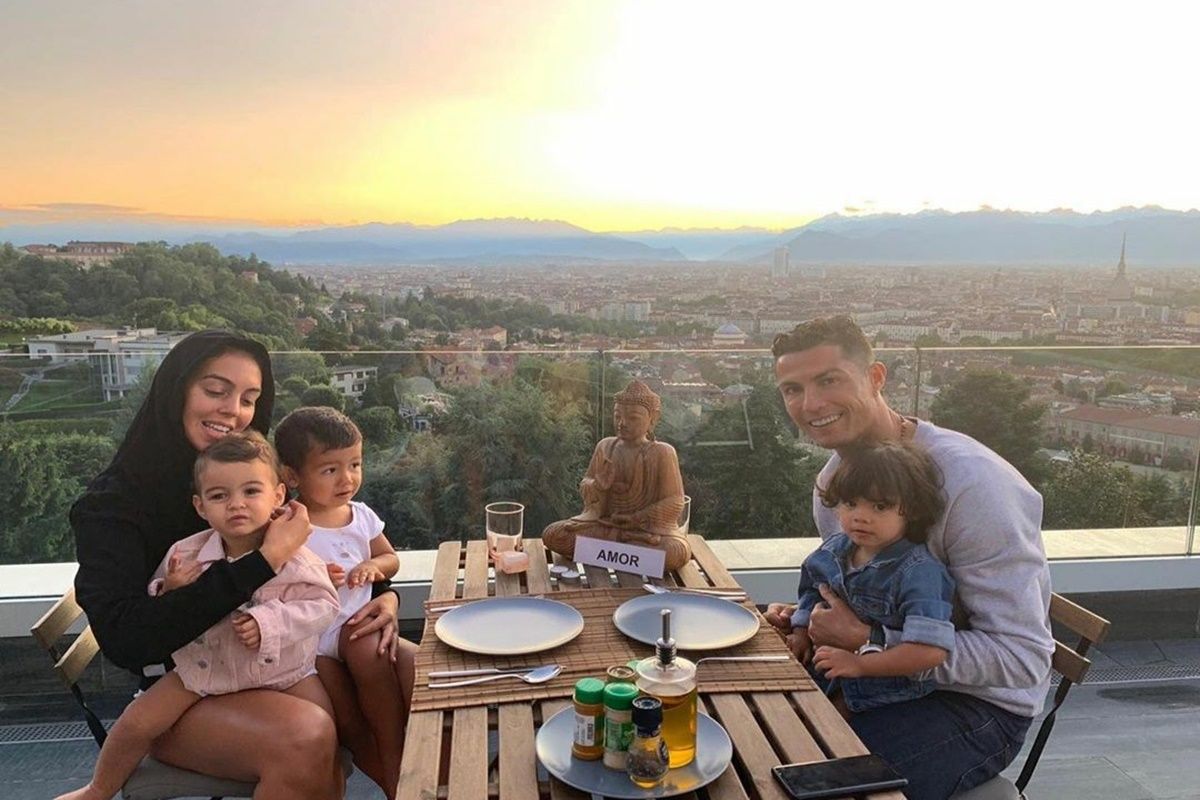 Georgina Rodriguez having food with her family

The couple has been dating since 2017. It was love at first sight! But are they married? Well, no, they are not. Cristiano and Georgina agreed not to marry, yet they love each other unconditionally! Now that Georgina is expecting Ronaldo’s fourth and fifth babies, fans believe they’ll be getting married very soon. 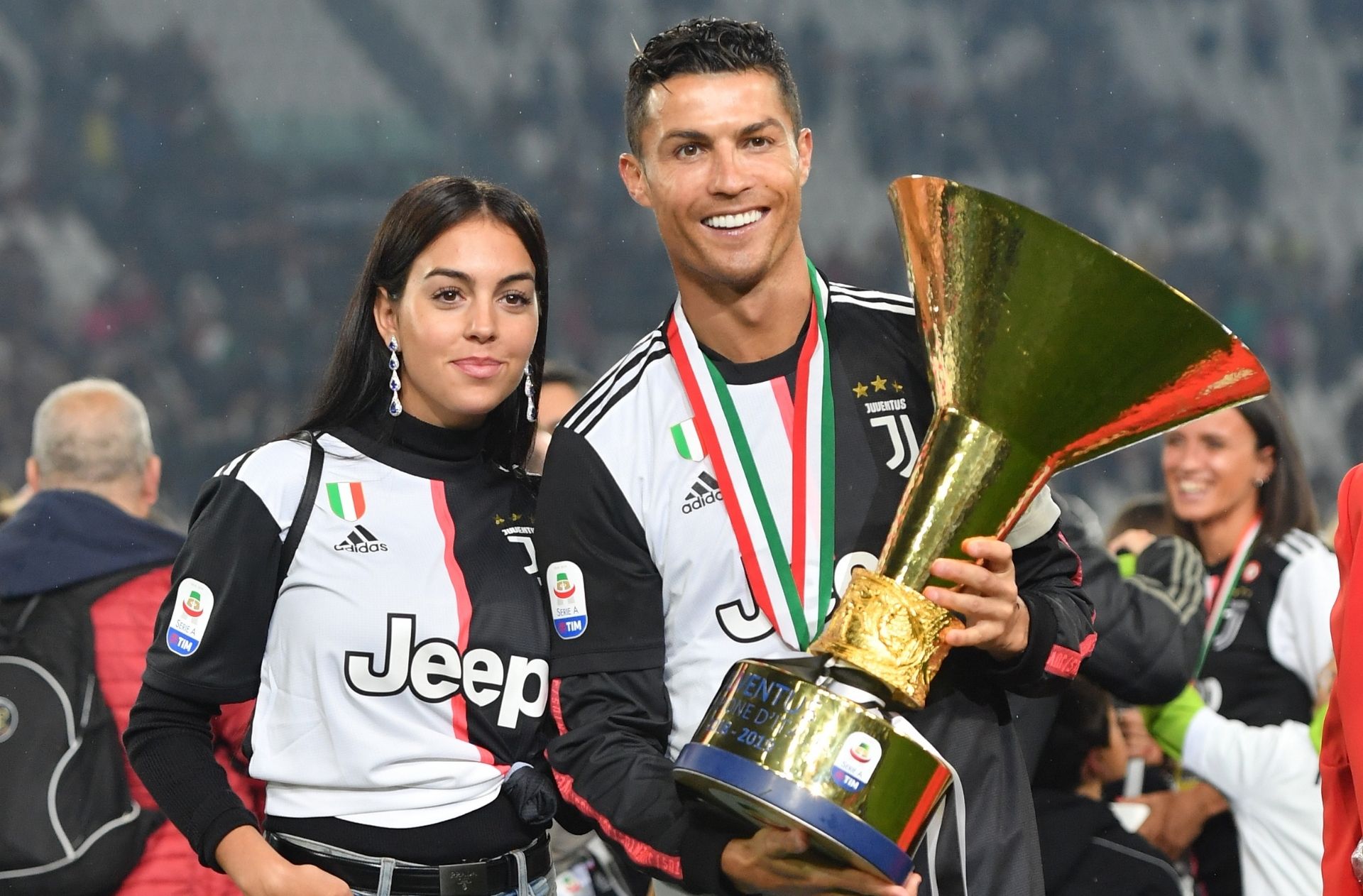 After three children together, the couple has revealed that Georgina is expecting. Ronaldo announced the good news just a few days back. Fans are very happy for the couple. Ronaldo and Rodriguez are getting wishes from the entire world!

Georgina posted a heartwarming post on Instagram yesterday where her kids are kissing the baby bump. Trust me, that’s the best thing you would have ever seen. It’s totally adorable, and we wish them a healthy journey to Georgina and Ronaldo towards another blessed level of parenthood. This time, they are expecting twins.

Check more about Georgina and Cristiano’s upcoming babies in the following blog: