Gemma Arterton's first professional acting role was in the play named "Capturing Mary" while she was in drama school. 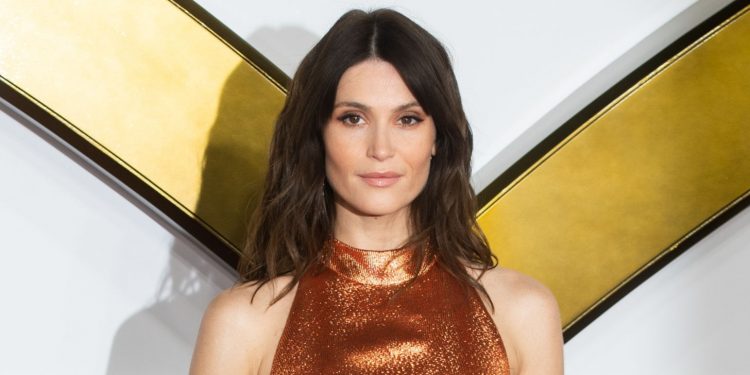 Gemma Christina Arterton is a famous English actress who is best known for her roles in films such as Quantum of Solace, The Disappearance of Alice Creed, and Hansel and Gretel: Witch Hunters. These days, she is making news for her professional career and net worth. Do you know what Gemma Arterton’s Net Worth is? Well, Arterton was born in Gravesend, Kent, situated in Greater London. She commenced her career after studying at the Royal Academy of Dramatic Arts and made her film debut with a supporting role in the comedy film titled “St. Trinian’s”. Shortly thereafter, she made her appearance in the spy thriller “James Bond” film named “Quantum of Solace”. The movie was successful and received moderate reviews. She then portrayed the female lead role in the action-fantasy movie Prince of Persia: The Sands of Time.

Most recently, she played a supporting role in the French film named Orphans. Gemma has been nominated for several awards in her career to date, including the Empire Award for Best Newcomer for the film Quantum Of Solace and the Evening Standard Theater Award for her role in the musical Made in Dagenham. In 2011, she was also named Woman of the Year with the Glamor Award. Gemma Arterton had tied the knot to the Italian businessman Stefano Catelli in 2010. However, they separated in 2013, and the divorce was finalized in 2015. And, since 2016, she has been involved in a romantic relationship with Rory Keenan. They together took part in the drama titled “Saint Joan” together. She previously had also dated Franklin Ohanessian, John Nolan, and Eduardo Munoz.

Gemma Arterton’s net worth is estimated to be around $13 million as of 2021. She has earned quite good earnings from her professional career as an actress and producer. After starting her career with the first film, “St. Trinian,” in the year 2007, Arterton came a long way and became one of the most popular actresses in her 15-year career in the film industry. The source of her income is, of course, from her roles in films and series and production companies.

Moreover, she also adds to her income from brand endorsements. Gemma Arterton has received international acclaim for her role in the James Bond film Quantum of Solace. The film did quite good earning nearly $600 million on a $200 million budget. The critical reception of the film was mostly mixed.

On February 2, 1986, Gemma Arterton was born in Gravesend, Kent, located in Greater England. She was born to her mother Sally-Anne, who was a cleaner, and father Barry Arterton, who was a welder. She also has a sister named Hannah Arterton, who is also an actress. For her education, she attended Gravesend Grammar School for Girls, and it was during this time that she started acting. She made her stage debut in the amateur production of The Boy Who Fell into a Book. For her performance, she was recognized as the best actress at a local festival. She then received a government scholarship to study at the Royal Academy of Dramatic Art, where she completed her graduation in the year 2008.

Gemma Arterton’s first professional acting role was in the play named “Capturing Mary” while she was in drama school. Arterton soon made her film debut with a role in the comedy film “St. Trinian’s” in the year 2007. The film was a commercial success that earned about four times its budget. The film received mixed reviews.

She then gained international fame for her role in the 2008 film Quantum of Solace, which was directed by Marc Forster. The film was about a British spy James Bond who is trying to seek justice after the death of his lover. It became a commercial hit and became the 7th Biggest Film of the Year. The film received an average rating. Gemma won the Empire Award for Best Newcomer for her performance.

In the year 2008, she made her appearance in the miniseries “Tess of the D’Urbervilles”. The following year, she made her appearance in the thriller movie titled “The Disappearance of Alice Creed”. The film dealt with the kidnapping of a young woman from a former prisoner. In 2010, she starred in “The Little Dog Laughed”. Gemma also appeared in the financially successful fantasy films, namely Clash of the Titans and Prince of Persia: The Sands of Time.

After appearing in the films “Byzantium” and “Song for Marion” in the year 2012, she appeared in the 2013 dark fantasy-action-horror film “Hansel & Gretel: Witches Hunters”. Although the film was a massive commercial success, it received negative reviews from critics. The same year she starred in the crime thriller movie Runner Runner with Justin Timberlake. The film was a commercial success but received negative reviews. In 2014 she portrayed a character of a lead role in the comedy-drama film titled Gemma Boverty, which was a commercial failure. Her more works include 100 Streets (2016), Orphan (2016), and The Escape (2017).

Also Read: Bill Murray’s Net Worth: How Much Does The American Actor Earn?