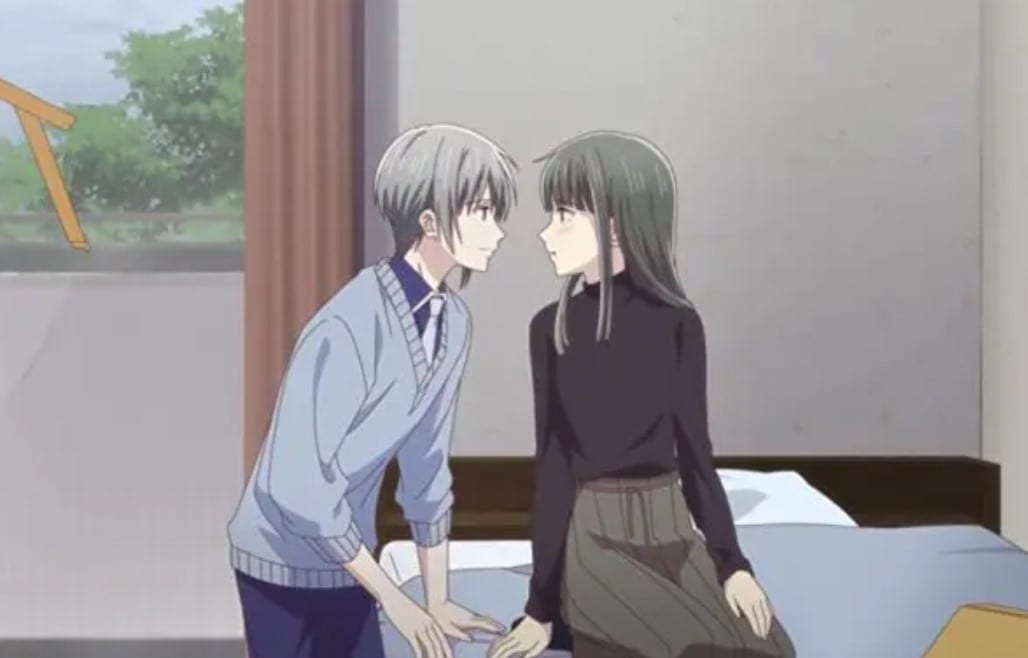 Yuki told the person he is talking to that he is on his way coming there. The person who answers the call is Machi, and she wonders why Yuki is in a hurry. Haru and Shigure are left stunned, wondering where Yuki got headed. The two met, but Machi offers a gift to Yuki to give it Tohru. Machi comments that she finds it weird for her to visit and realizes that Yuki can get the job done. She appreciates the way Yuki and Tohru treat everyone. Yuki realizes that Machi is the one and puts his hand on her cheek, saying that he is glad he found her.

Yuki told Machi that there is something that he wants to say to her, but he heard a voice telling him that he is the last one. The ”voice” thanks him, and the chains that bind in the Zodiac world got broken. Yuki shed tears and apologize to Machi that he is crying in front of her. Yuki opens up about parting ways with someone who was always close to him. Machi asks Yuki if he will be able to see those people again, and he replies no. A picture of a human in white appears in Yuki’s mind.

Yuki reveals that those people gave him freedom, and he hugs Machi in public. The citizens wonder if those are two lovers who are uniting. Yuki tells her that he wanted to tell her something, but this feels enough. Machi replies that she also has something to say. For the first time, Machi said Yu-ki, and he holds her chin, telling her to say that again. Machi pronounces Yuki’s name without scratching. Yuki showers Machi with kisses after she calls him Yuki. The public got stunned and put their hand on their mouths.

Yuki told her that they could kiss again, while Akito realizes that she is fine being alone. Akito looks by the window and recalls the day she asks Shigure if he loves her. Meanwhile, Hatori confronts Yuki asking about Shigure, and finds that Shigure has not returned home. Hitori comments that adults keep on wandering around than the kids. Haru adds that they are all here, and everyone knows that Akito summoned them. Kyo is on his way to the house, and Momiji tricks him by taking a picture of him when a girl hugs him. 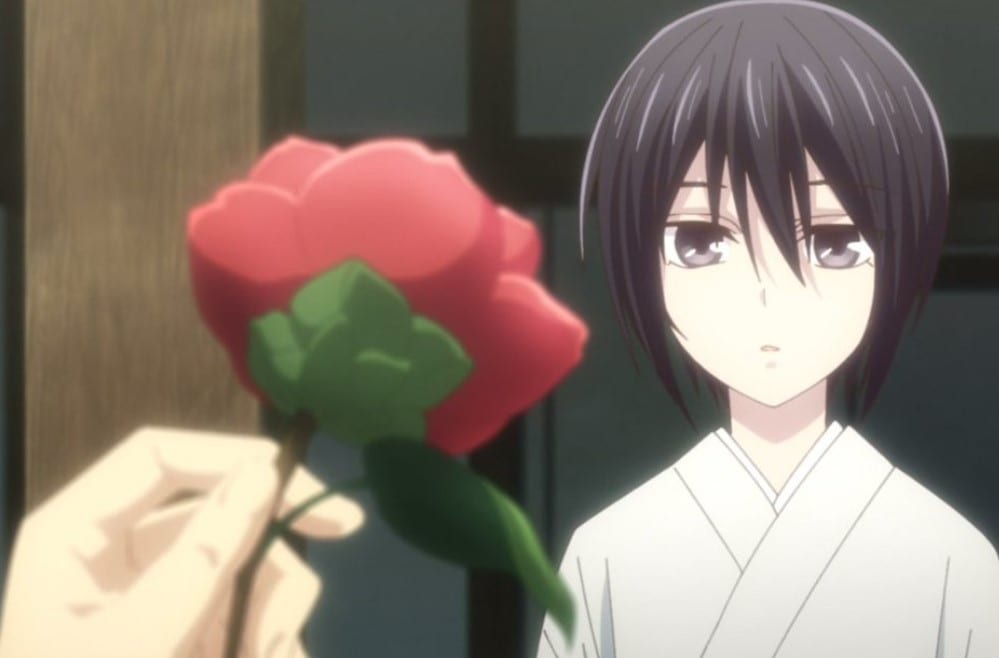 Akito Is A Girl

Momiji comments that cheaters are scums while Yuki talks with Haru about his relationship with Kyo. Yuki thought that things would turn bad after the Zodiac curse broke, but they are all matured. Haru replies that is why I love you, and Yuki said Rin is listening. Ayame interferes and said he is always looking at Yuki. Haru heads near Rin and brushes her head. Ayame continued with a brotherly speech and said, ”No need to fear red lights if we all cross together.”

Yuki comments that’s no proverb and everyone arrives inside the hose except for the trio. Kyo asks if Akito is her, and Ayame said ”Says the man who’s late, Kyonkichi.” The maid arrives and interferes with Ayame’s speech and said Akito is ready to talk with them. Akito enters the room, and the girls were like ”huh” noticing that she is wearing girls’ clothing with red lips. They are no aware that Akito is a girl, and she asks Hatori about Shigure. Kisa shouts that Akito has adopted her cross-dressing habit.

Akito recalls the time Shigure said he is giving her a partying present. Akito slaps Shiogure why he is abandoning her. Shigure replies he never said he was leaving her and said he means she is parting and is becoming the Akito his father always wanted. Akito reveals the truth to everyone, and they were shocked that she is a girl. Later, Kyo and Tohru visit the Honda Family graveyard and announce that he is leaving here when he graduates. Tohru replies that she won’t wait for him and she is going with him.