Fortnite January’s Crew Pack: Everything About The Content Inside 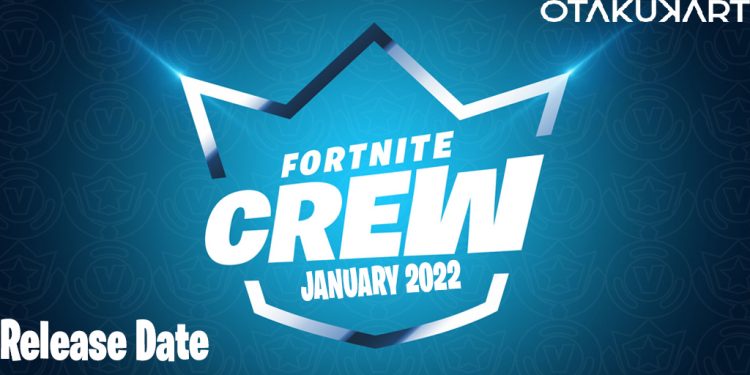 As 2021 is about to end, Fortnite’s December crew pack will also expire. So what about the next one? Earlier this month, the prominent and most trusted leaker iFireMonkey leaked the January 2022’s crew pack for Fortnite. Epic Games has now officially confirmed the leak and put out the details of January’s crew pack. If you want to know all about the contents of January’s crew pack, keep scrolling to find out.

Fortnite is a battle royale which released in September 2017 by Epic Games. The game is free to play. It is one of, if not the most famous battle royal games. This game has continued to dominate the battle royale market. What stands out more in Fortnite than in any battle royale is that players can construct which can help the players to their advantage. They can build walls to take cover, build stairs to gain the upper hand in the fight, etc. The game has a battle pass system that provides the subscriber with good and stylish-looking cosmetics. Epic Games has consistently partnered with other gaming studios for limited-time events that offer exclusive skins like Spider-Man, Halo, etc. Fortnite is known for having cartoon-ish graphics which does not have anything blood-related. This makes the game more friendly among the various battle royale games like Apex Legends, Call of Duty Warzone, etc.

What Is A Crew Pack In Fortnite?

Fortnite’s crew pack is a monthly subscription-based service. This service launched exactly a year ago, in December 2020. A crew pack is a cosmetic bundle that contains outfits and accessories. At least one of the accessories matches the outfits like a glider, pickaxe, or emote. Purchasing a crew pack has one more advantage, the player gets access to the current season’s battle pass. Crew pack also contains the in-game currency called v-bucks. All crew pack offers 1000 V-bucks that players can use to buy things in the game. It can be the hottest outfits, emotes, or, if saved, can be used to purchase the next season’s battle pass.

The first crew pack dropped in Fortnite on December 2, 2020. It contained Galaxia Outfit, with a Crown Galaxia recolor, a Fractured World back bling, and the Cosmic Llamacorn. The additional item in the bundle was 1000 V-Bucks.

Next year’s crew pack will start with none other than Dr. Slone in a Snow Stealth Slone outfit. The alternate shading for the outfit will be Winter Sunset. The bundle will also include Snow Stealth Hardcase Black Bling (it will also have an alternate shading), the Snow Stealth Wrap, and the Sleet Spike Pickaxe. As this is no surprise at this point, the bundle will also have 1000 V-Bucks. Crew pack subscribers will get a Golden Look Board Glider upon logging into the Winterfest event, which will end on January 6, 2022. That is another good news for the subscribers.

December 31, 2021, will be the last date for the players to get the Fortnite Crew Legacy Set by subscribing to December’s crew pack. The legacy set contains an evolving Back Bling. The Bling will evolve during the six month’s time. At Stage 3, the player will get a Zen Axe Pickaxe from the Bling. From Stage 3 onwards, the Pickaxe will also evolve. The best part about the legacy set is that players can fully customize the Bling, including all versions, however, they like. Players can change Bling’s main color, its smoke effect’s color. Players can display the banner they have selected and can change the banner’s color as well.

Jayalalithaa’s Rumored Affair: The Relationship with her Mentor and Fellow Actor