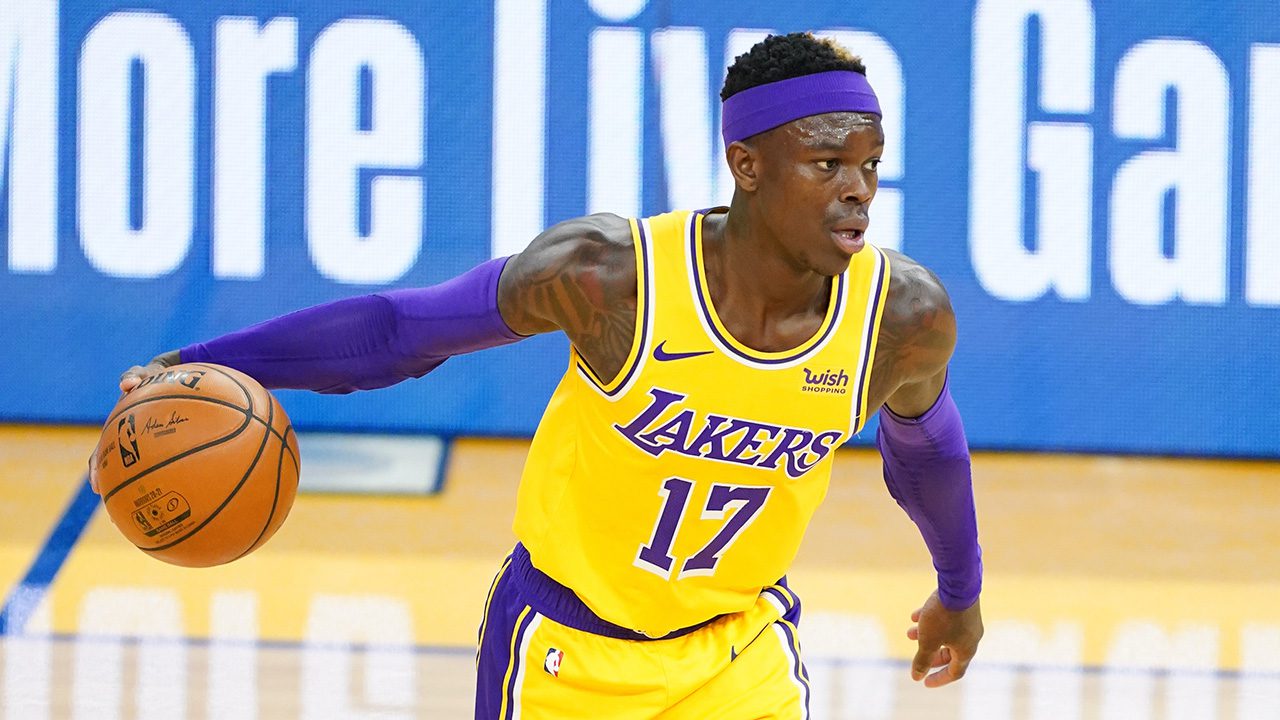 The NBA player Dennis Schroders’ lifestyle is a mixture of interests and passion coming to life through hard work and dedication. The Former Lakers player has a tendency to spice things up, whether it be in his game or his wardrobe. His journey hasn’t been easy, but it certainly has been a difficult one. Dennis comes from a country where football is a household name.

The German went from playing outdoors to professional basketball, defying all his country’s odds after a great loss. Schroder had never been much of a sincere kid, but his hard work after his fathers’ death led him to the path of great achievements. He was awarded by BBL in 2013. And proved to be a valuable asset to the team he played for, earning him fame and money. Dennis also started a YouTube channel to realize his dream in the fashion industry.

Dennis Schroders’ lifestyle can be considered nothing short of lavish already. According to the player’s Instagram, Dennis has an affection for collecting cars, making fashion statements, and spending time with family. Even after living that A list Hollywood star lifestyle, Schroder can also be said to have a great deal more affliction towards playing basketball than for money. His recently signed deal of $5.9 million with the Boston Celtics on 10th August 2021 is living proof for which he had to reject a whopping $84 million.

Of course, the internet had to have its fun at the players’ expense. Shockingly enough, he was able to humor himself and laugh with us all. Dennis shared some of the memes on his account and even took to imitating one of them. This series of memes were coupled with pictures of him flaunting his cars. 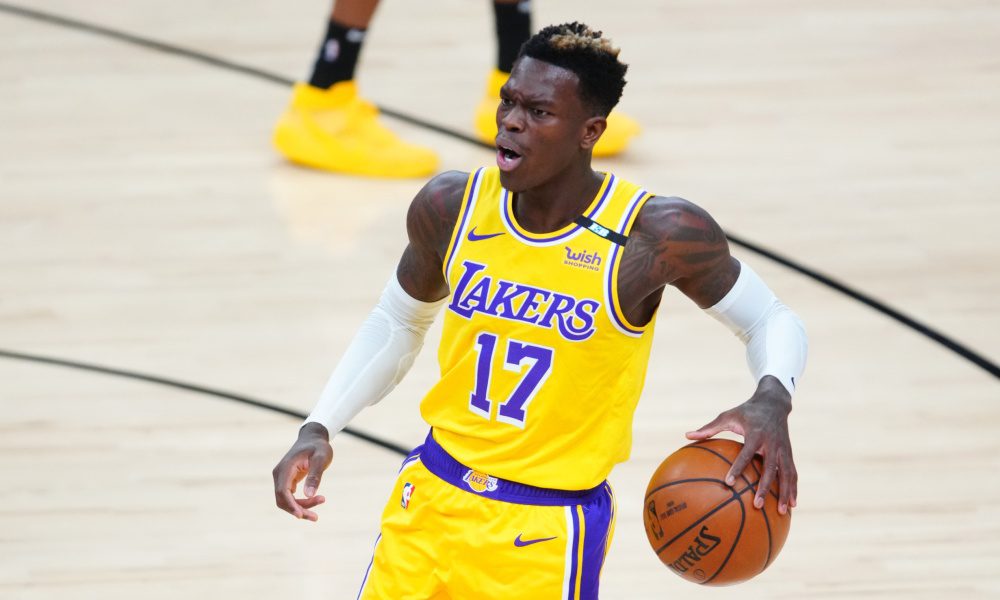 Dennis Schroder at a Lakers game

Born on 15th September 1993, Dennis grew up as an athlete in every form. He mostly spent his time on a local field, be it shooting basketballs, kicking soccer balls, or skating till dusk. Liviu Calin, head coach of the Loewen Braunschweig youth program, used to come to this field to recruit talent. He saw Schroders’ passion for athletics and recruited him to play basketball indoors. Though now he knew the mechanics of the game, he wasn’t serious until his father passed away when he was 16. The loss gave him the push towards dedication, and he made his way towards playing professional seasons. He was awarded BBL Best German Young Player 2013 and BBL Best Improved Player 2013.

Schroder started playing for Phantoms Braunschweig in 2010 and continued till 2013.  He then went on to play his first five seasons in the NBA for Atlanta Hawks from 2013 to 2018.  In 2018, he joined Oklahoma City Thunder and continued to play for them for three years. 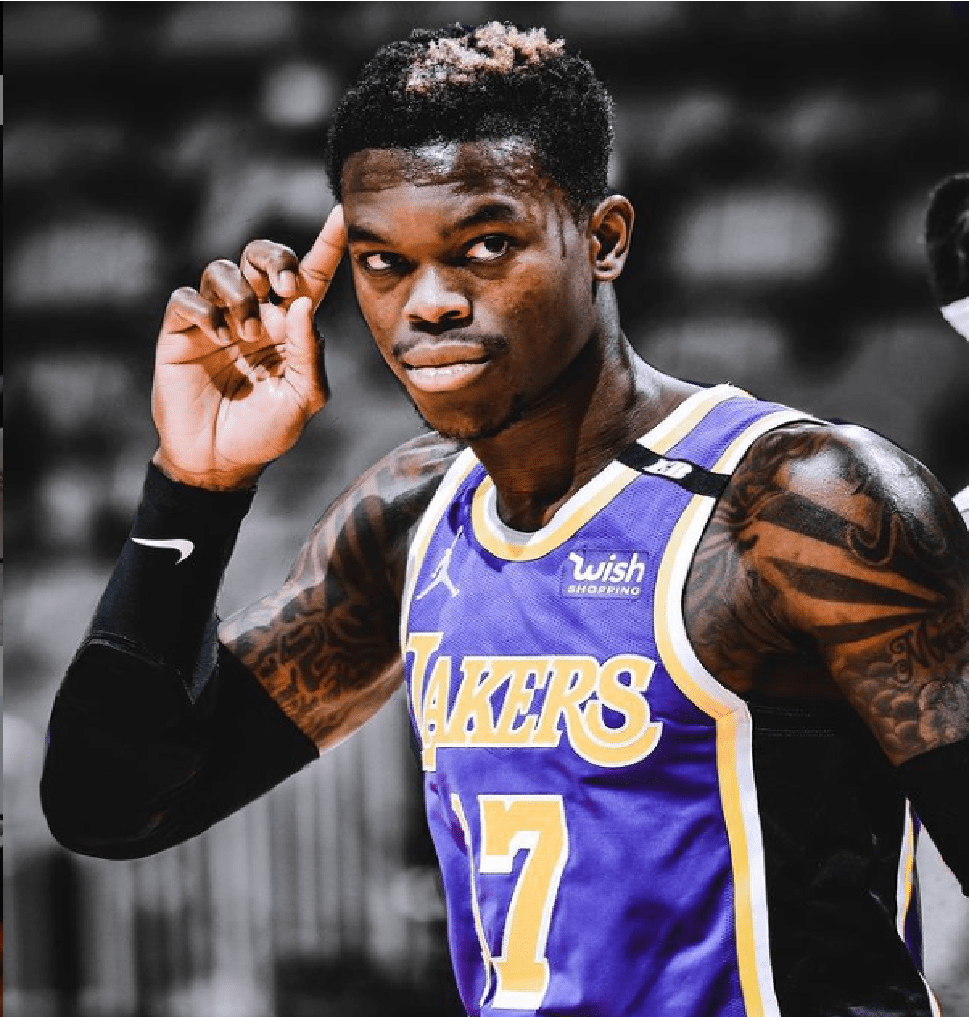 Dennis in a Lakers game

Up until joining Boston Celtics in 2021, Dennis played for LA Lakers for a year. The player was offered an extended deal for $84 million a year, which he rejected for $5.9 million. While the internet seemed to have its fun and not understand his decision, his wife took to Instagram to back him up. She wrote about how proud she is of him for staying true to himself by rejecting the money and told fans to wait for the good things in the future. Hmm, it makes us wonder if they have something planned, or is it just hype?

The player himself, though, came in on the joke and shared the below meme on his Instagram good-naturedly. He also asked fans to write the best “fumbled the bag” jokes they got.

Basketball is Dennis’ passion, but the player is not just creative on the field but also in terms of fashion. He dreams of moving forward in fashion and bring his creativity to life through clothes. His passion for fashion shines through his carefully picked outfits and the dedicated highlights to the subject on his Instagram account. He has done amazing cover shoots and has his clothing line by the name of Flex Gang.

Dennis also has two children with his wife, Ellen Ziolo. They love taking vacations as a family. While going on these vacations, the player serves airport looks like no other. His self-assurance and confidence shine through in and- out of the field.

Dennis showing off his cars

Dennis also recently took to Youtube to showcase his amazing car collection. He owns a Cadillac Escalade, Mercedes G-Class, Lamborghini Urus, and another Mercedes- Benz Sprinter. He loves his cars and posing in front of them, very Hollywood. Adding to the list of his lavish lifestyle is his own home he recently bought. The player bought a ‘place’ in the suburban part of Tarzana back in February 2021 for $4.3 million. This is the first property he bought in LA after meticulous house hunting. It features 7 bedrooms, a basketball court, a pool, a spa, an outdoor kitchen, multiple bedrooms, and a movie theater; you know the normal.