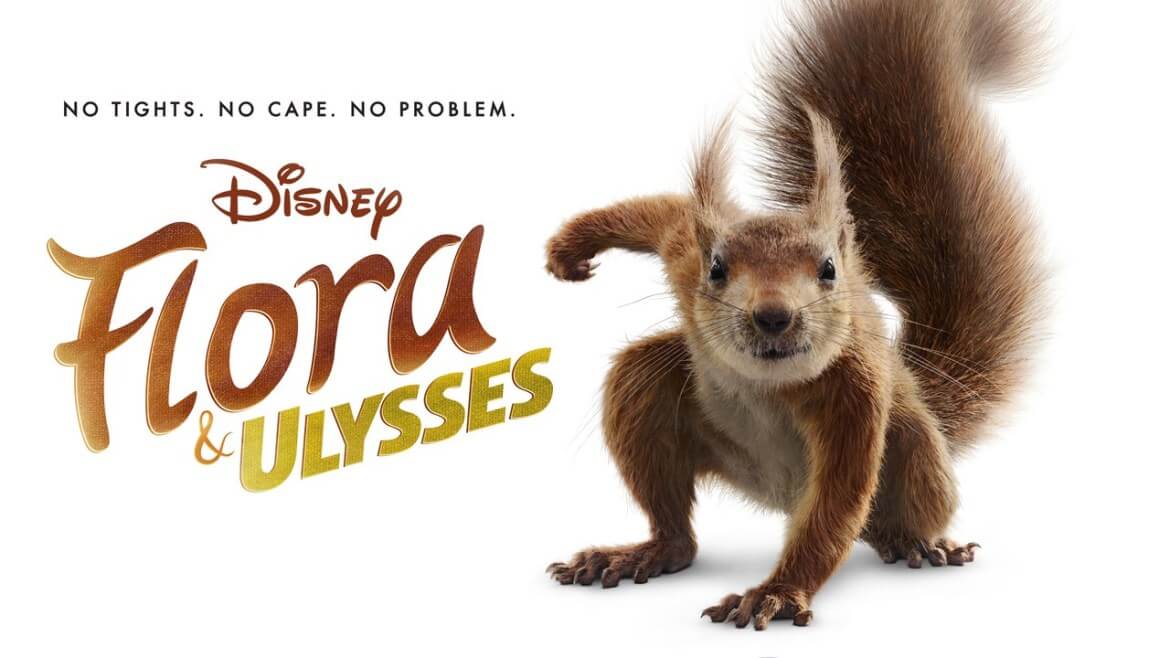 Flora & Ulysses is a 2021 family superhero comedy movie. Lena Khan has directed the movie while Brad Copeland has written the screenplay. The movie is based on the children’s novel of the and name. The novel is authored by Kate DiCamillo. Gil Netter is credited as a producer of the movie. The music is composed by Jake Monaco. Cinematography is handled by Andrew Dunn. Jamie Gross has edited the film. The film is a co-production between Walt Disney Pictures and Netter Productions and distributed by Disney+. The film stars Matilda Lawler, Alyson Hannigan, Ben Schwartz, Anna Deavere Smith, Danny Pudi, Benjamin Evan Ainsworth, Janeane Garofalo, and Kate Micucci. It was released digitally on Disney+ on February 19, 2021.

The premise revolves around a ten-year-old girl and a squirrel. The girl finds a squirrel is sucked inside a vacuum. She then discovers that the squirrel has superpowers and abilities. The story then follows their adventure together with other characters joining in on the ride. The critical reception to the film has been quite mixed. Many people have noted the innocent and cute fun that the film strives for. But the overall execution and issues with the plot drag it down. The performances by the child actors are good, and the tone of the film is very cutesy. 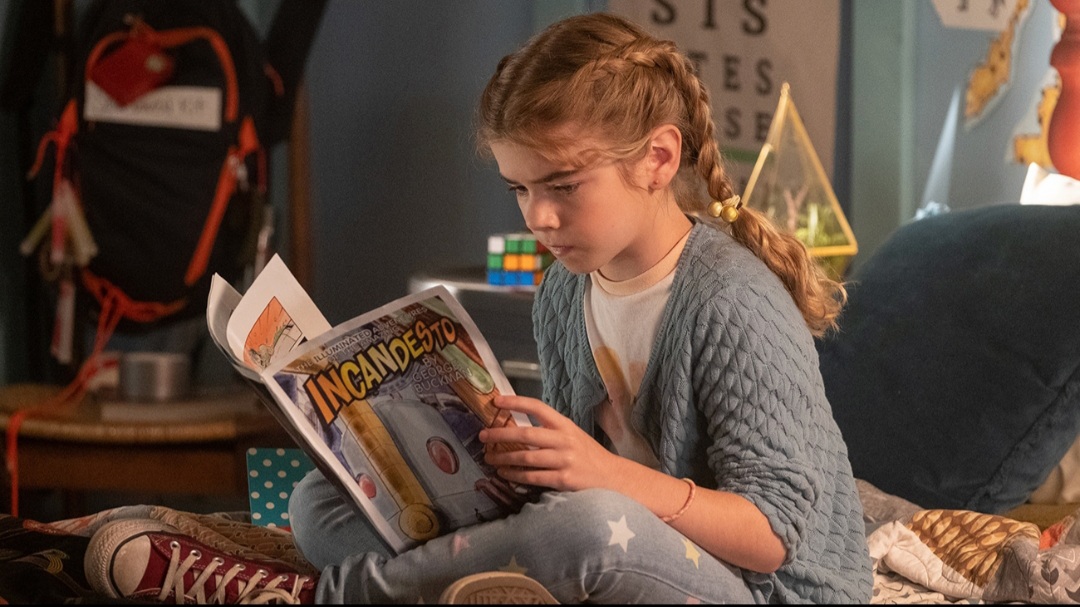 The film revolves around a 10-year-old girl and the lead character, named Flora Buckman. Despite her young age, she is a cynical child. Flora is into superhero books. She loves to read superhero comics and be lost in them. Her father George used to be a comic book writer, but his gig turned out to be a failure. He now works at an office supply shop. His boss Chad supervises the shop. Flora’s mother, Phyllis, is also a writer. She is a romance novelist and even won an award in the past for her work. However, it has been a long time since she hit writer’s block. These struggles and hardships have led the couple to a separation.

Meanwhile, Tootie, Flora’s next-door neighbor, faces trouble with her vacuum of Ulysses brand. The vacuum goes haywire and starts running amok in the yard. The reason behind the glitch is a squirrel. It turns out the vacuum has sucked a squirrel in. Shortly, the vacuum machine comes to a halt. Flora takes the squirrel out of the machine and resuscitates it. The squirrel comes into the senses, and Flora decides to name the squirrel after the vacuum. The seemingly normal-looking squirrel packs in an incredible surprise. We get to see this revelation when Ulysses one day uses Phyllis’s vintage typewriter. She is amazingly able to type and type, “Squirtel. I am. Ulysses. Born anew”. Following this, Flora eventually discovers that Ulysses is sentient and also possesses superpowers.

She then goes and reveals these discoveries to Tootie’s visiting nephew William Sliver. He suffers from a condition called “hysterical blindness” that’s caused by stress. Later, George arrives, and then he and Phyllis discover Ulysses. George agrees to drop Ulysses off and takes Flora out for the day. On their day out, they stop by the Do-Nut World diner. There, the waitress named Rita discovers Ulysses as the squirrel starts making a mess in the diner. This is when George witnesses Ulysses’ superhuman strength and flight capabilities. The father-daughter duo grabs the squirrel and heads back to the apartment. The apartment is monitored by a cat named Mr. Klaus. Then they meet the neighbor Dr. Meescham who tells them that Ulysses is fine and also observes his intelligence.

At the diner, an animal expert Miller is brought in. Miller has some personal grudge and vendetta against squirrels due to his past experiences with squirrels. He had previously been demoted from his duty due to a rabid squirrel attack. Rita, the waitress, is also hysterical after Ulysses caused a ruckus, and now she believes that he had rabies. This only empowers Miller, who becomes hell-bent on catching him. Meanwhile, Flora and William go to Stanlee at his comic book store. There, they watch the news and learn that the squirrel is a fugitive. They race back to see George, who has called it quits on his job. At George’s apartment, they try and hide. However, Miller manages to find out their location. When he arrives, Mr. Klaus attacks him. This gives the children a chance to escape. 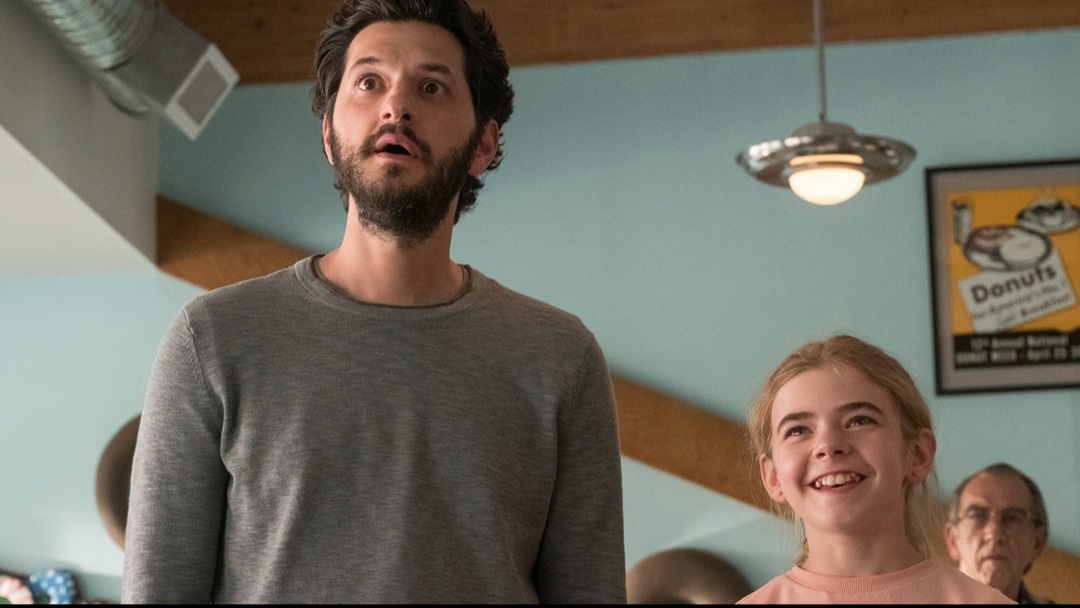 Back at home, Phyllis is stressed out about her upcoming interview for a newspaper. George agrees to be there for her interview to be her support, hinting that he doesn’t want a divorce. Phyllis also agrees to keep Ulysses in their home. The next day, Phyllis’s interview goes quite poorly. The journalist looks at Ulysses’ writing, and that leads to interview failure. Following this, Phyllis takes the squirrel and goes to the wood to get rid of him. However, she finds out that she can’t go through with it. Meanwhile, Miller sees the article and finds out about George’s family. William and Flora then head to the forest to find and rescue the squirrel. On their way, they meet a rainstorm and take refuge in an abandoned waterpark to escape it. William then talks about his heartbreaking story.

William tells about how he was sent away because he pushed his stepfather’s car into a lake. He misses his biological father, who he loved very much and looked up to his intellect. George finds Phyllis and then eventually the children while Phyllis apologizes. However, Miller and his team arrive and capture Ulysses. They tell the family that they will euthanize him because they believe he still has rabies. The family then teams up with William and Dr. Meescham to beak inside the animal sanctuary. William finally overcomes his stress and has his sight back. Then they release all the captured animals, including Mr. Klaus. While Miller and his team are distracted, the family frees Ulysses releases him into the wild.

Miller comes back to get the squirrel but backs down when he is ensnared by a ton of other squirrels. The film ends with the Buckman family work on a comic book titled Ulysses, which is based on their adventure.

Flora & Ulysses is very cute and feels good, but many limitations hold it back from becoming a really good feature. Disney has been rolling out films like this for a while now and seems to have become comfortable with it. It’s the same formulaic format of cute and comfortable family films that they can watch with their brains turned off. Films like these do not require many emotional investments and serve comfort to the viewers. Flora and Ulysses are nothing different and serves the same purpose. And this can detract from the overall quality of the film. While kids may have a great time watching this film, it offers little to the older demographic. And the prime demographic being the kids is not an excuse for movies like these to be bad. 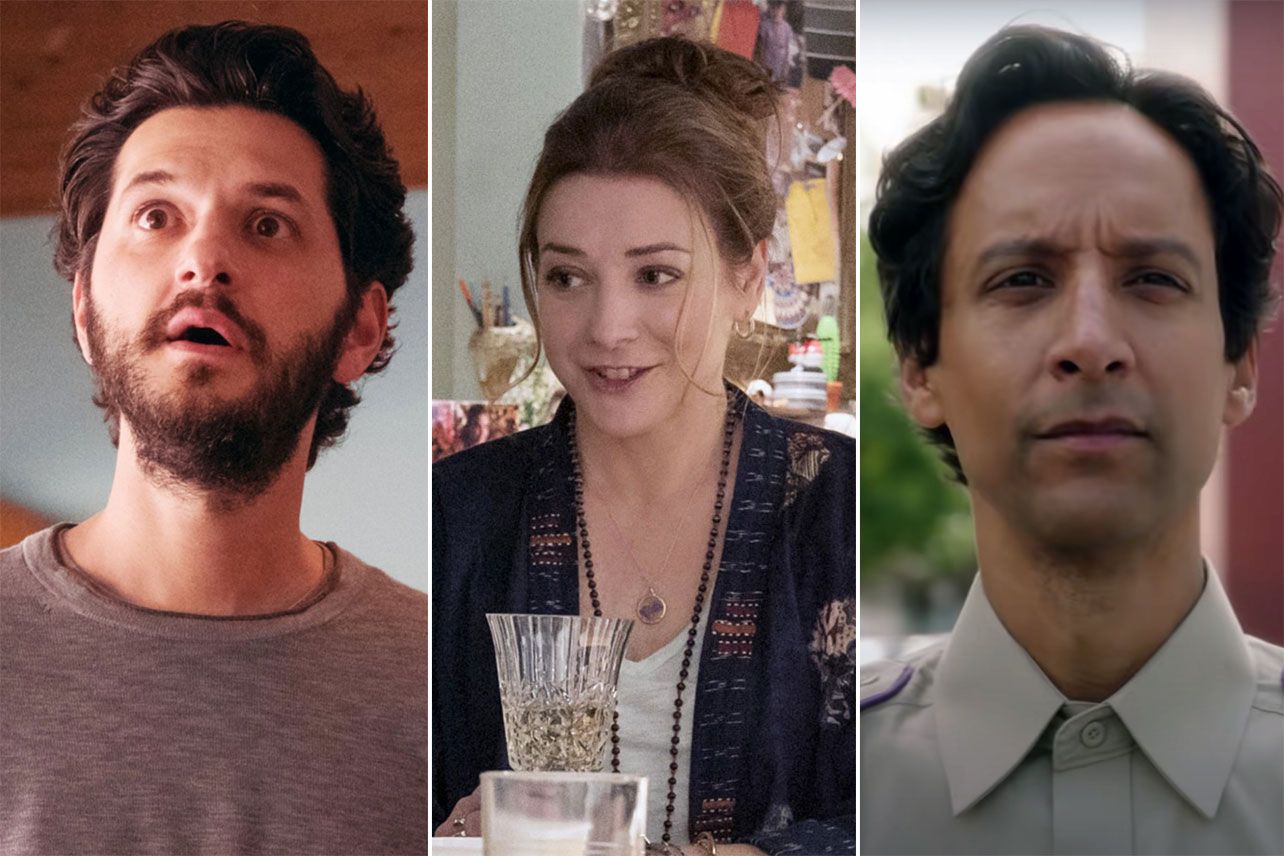 The film and others like this have received criticism for being incompetent and deficient. The plot of this film does not make much sense. The redeeming qualities of this flick are the performance by Matilda Lawler and the overall feel-good vibe. Matilda gives a great performance as a ten-year-old cynical girl. But the cynicism comes with a sliver of optimism and hope too. Furthermore, the CGI squirrel looks fine for the most part. Other actors have done a fine job as well. Danny Pudi is also a lot of fun in his role. The film has many comedic moments, but not all of the land. It also feels as if the actors deserved a better movie at times.

The film is packing in plot and story but somewhat makes up for it through its heart and joyous tone. It’s a good enough family time, and our rating for Flora & Ulysses is 2.5 out of 5.

You can stream Flora & Ulysses on Disney+. 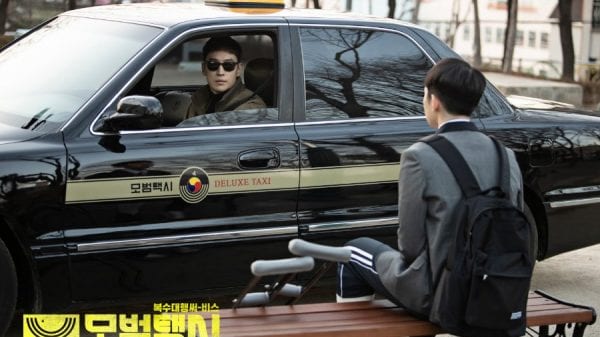