The awaited Five Nights at Freddy’s Security Breach release date is a very commented topic today. In consequence, today in Otakukart, we bring you relevant information regarding this indie horror title. It was initially revealed in August 2019, when the franchise was having its fifth anniversary. Although the game had a couple of delays this year, and the developers released a side-scroller game to make up for it. Players continue to wonder about the release date.

The Five Nights at Freddy’s series (commonly abbreviated to FNAF) is the brainchild of Texas-based animator Scott Cawthon. The infamous series has a particularly unusual origin, as Cawthon never intended to get into the horror genre in the first place. Initially developing Christian educational games, Cawthon was deterred from the profession after reviewers accused his character designs of being unintentionally frightening. FNAF was directly inspired by this negative criticism as, rather than giving up, Cawthon decided to capitalize on the scary elements of his games, and a horror sensation was born.

Five Nights at Freddy’s Security Breach will release sometime later in 2021. The exact date, you might ask. Well, that’s up to the developer team to reveal. Firstly, things look awry because lead developer Scatt Cawthon announced that he would step down from his role. And that’s not all. Cawthon was involved in a political donation scandal. With Cawthon no longer on board, Security Breach is at clear risk of cancelation. Scott was always at the center of Five Nights at Freddy’s. In consequence, it will be quite hard for his successor to fill his void.

But Cawthon told his fans that it’s not the end for Five Nights at Freddy’s. Evidently, someone else will pick up the pieces and move on. If they’re doing it from where Scott left off or starting from scratch is up for grabs. And if we take a look at the calendar, they only have a couple of months left in the calendar. So, basically, fans are just going to have to wait and see if FNAF Security Breach sees the light of day this year or the next.

Cawthon’s resignation came when it was revealed that the FNAF creator had made many financial contributions to Republican politicians, including Mitch McConnell and Donald Trump. When the FNAF community learned about these contributions, there was a reaction. Cawthon’s sole donation to a Democrat has gone to the divisive politician Tulsi Gabbard. Many members of the LGBTQ community, who make up a sizable portion of the FNAF fandom, saw this as an insult. Supporting political candidates that are seen negatively by the LGBTQ community caused outrage and a feeling of betrayal among many followers.

The outpouring of rage soon escalated into a huge response. Cawthon was doxxed, which means his personal information was exposed online, and he started getting threats. “My wife is six weeks pregnant, and she spent yesterday night terrified as a result of what was stated online. Cawthon said in a lengthy post on the FNAF subreddit after the issue erupted. “She has already been suffering from her pregnancy, so seeing her so frightened truly worried me.” “All of this because I used my right and responsibility as an American citizen to vote for and support the people I believed could best govern the nation for everyone, and I will not apologize for that.” 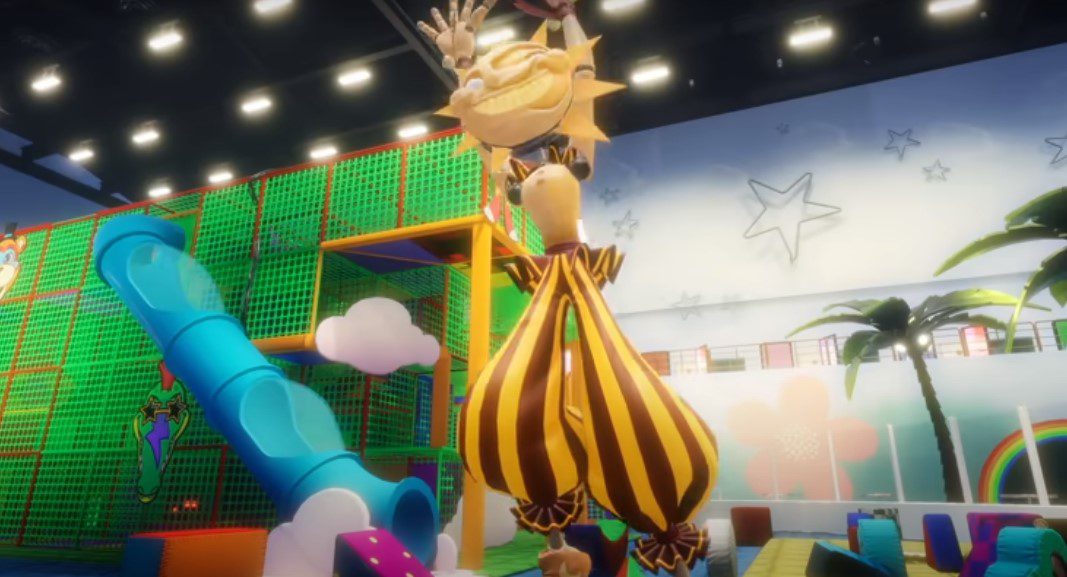 Five Nights at Freddy’s: Security Breach is only the second game in the popular horror series to include first-person, free-roaming gameplay, and it’s the first one other than the VR-exclusive FNAF: Help Wanted. The game was revealed last year and debuted during Sony’s latest PlayStation State of Play event. Fans who want to get their hands on it, on the other hand, will most likely have to wait at least a few more months – providing all goes as planned.

Steel Developer Security Breach will have a wider scale than ever before, with the game situated in the Mega Pizza Plex. A brilliantly colorful, neon-lit entertainment complex. It will be necessary for players to go away from the security cameras. Which will take them through landscapes such as ball pits, play areas, and scary employee-only hallways. There will be other humans, but not nearly enough to combat the demonic animatronics prowling the hallways.

Also Read: Respiration Enchantment In Minecraft: What Does It Do?