From being part of the iconic girl group 2NE1 to becoming an accomplished soloist, CL has taken over the world. 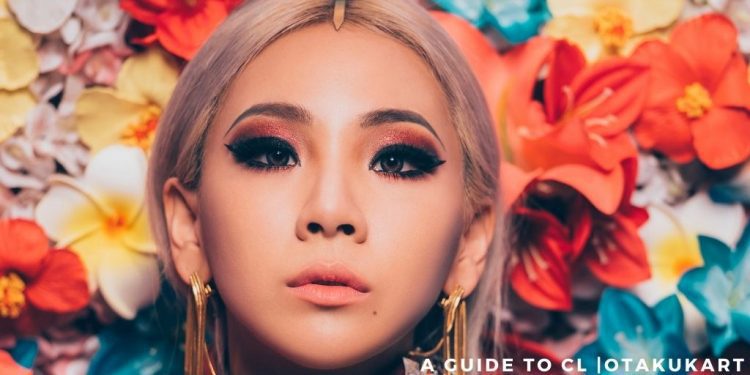 CL is one of the most talented kpop idols in the history of kpop. From being idolized by popular kpop idols to breaking great records, CL has done it all. The solo artist is known for her fiery raps, amazing vocals, and perfect fashion sense. Fans have only good things to say about her stage presence. Well, they aren’t wrong, though! CL, along with her former 2NE1 members, basically invented stage presence.  Plus, her duality is insane. One second she will be setting fore on the stage, and in the next, she’ll be sitting with a teddy bear pouting. As we discuss her career in detail, let’s look at CL’s net worth as well.

She and her members had a very strong friendship and kept in touch to this day. You’ll be surprised by how CL had once saved Dara from an earthquake. The members are constantly with each other on their birthdays or on any special event. Also, she isn’t only great friends with her members but also G-Dragon. She and G-dragon have fed fans with content ranging from selfies to fun performances. Not only is the soloist talented, rich, and powerful, she is a sweetheart. She loves her fans a lot and has proven it countless times. Although she may be down to earth, CL’s net worth is definitely not. Keep on reading to find out how much this talented queen earns.

CL, aka Lee Chae-rin, was born in Seoul, South Korea, on 26 February in the year 1991. Although she was born in South Korea, she spent most of her childhood in Paris, Tsukuba, and Tokyo. That explains how she can speak Korean, French, Japanese, and English fluently. She even flew to Paris when she was only 13 years old to pursue her studio; After daily JYP’s audition, she tried YG Entertainment. And there you go, at the age of 15, she became a YG trainee. Not long after she started, she featured on her first song, which was Big Bang’s ‘Intro (Hot Issue)’.

After four years of hard work, she was the leader of 2NE1 alongside members Dara, Minzy, and Park Bom. And in a matter of seconds, the popularity of this girl group spread like wildfire. The group served us with iconic songs like ‘I Am The Best,’ ‘Fire,’ and ‘Come Back Home. During her time in 2NE1, CL had written and composed songs like ‘If I Were You,’ ‘Crush’, and ‘Baby I Miss You’. But, unfortunately, after about two years of no group activity, 2NE1 sadly disbanded.  After Minzy left the group, the members Dara, CL, and Park Bom made a farewell song, ‘Goodbye’. To make it even sadder, the song was based on CL’s letter to Minzy after she left the company.

What is CL’s Net Worth?

This mega Kpop sensation CL’s net worth is estimated to be a whopping $8 million. CL debuted solo in 2014 with her digital song ‘The Baddest Female’. However, CL had a tough time after renewing a contract with YG Entertainment. Fans had resented YG for not letting someone like CL make and produce music freely and happily. And soon enough, after the mistreatment, CL left YG Entertainment to embark on a new journey. And soon after she left YG, she started releasing songs that the agency didn’t allow her to. Although the band had a net worth of around $50 million USD, CL is one of the richest members of the group. She falls second to former bandmate Park Bom.

Ever since then, the talented soloist has been gifting fans with great songs like ‘Hello, Bitches’ and ‘Spicy’. Also, this year, she even graced the red carpet of Met Gala with Blackpink’s Rosé. Her latest comeback as of now was with Lover Like Me. There is no doubt that CL has shone throughout her whole career with her charismatic performances and never-ending creativity. The kpop artist alone has won numerous awards like Female Solo Singer Popularity Award at the Asia Artist Awards in 2021, Most Outstanding Song Of The Year Award at the Aisa Pop Music Awards. Over the years, CL has proven numerous times that she is a queen.