The football season is coming to an end, and just like every year, it is time for FIFA rumors and news developments. Just like every other major game, FIFA also took a toll from the ongoing pandemic. The game, which usually releases in September end every year, was released in the second week of October last year. There wasn’t much delay in the release because FIFA games don’t have major changes across every title. There are some small new additions and some removals every year. FIFA 17 saw the addition of Alex Hunter, which stretched to FIFA 19. Then we got the VOLTA Football in FIFA 20, which was loved by fans.

Volta Football is a 3v3, 4v4, 5v5 street football mode. The story mode inside VOLTA wasn’t praised as much as the concept of VOLTA. Additions like this make the single-player mode fun every year. The career mode doesn’t get any major upgrades despite the fans pleading for new ways to play the career mode. Like, creating a new club from the ground up and taking them to glory, building their own stadiums and kits. All these things are just a dream for all the FIFA players. Last year though, EA added a good feature in the career mode though where you could make changes in the position of a player.

This was about the last editions of FIFA and what things we saw in the game. Let us shift our focus to the upcoming FIFA game, which is FIFA 22. The game is months away from now, but there are some developments and news out there. Let’s have a look at them in detail.

The Ultimate Team is everything when it comes to FIFA, and it is always the prime focus of EA. Players spend a lot of money in the ultimate team mode in order to create an amazing team and flaunt it in front of their friends. Well, don’t get me wrong, the game isn’t all about paying to play, but it is to some extent. The objectives and tasks to win a certain player are at times impossible in free-to-play. 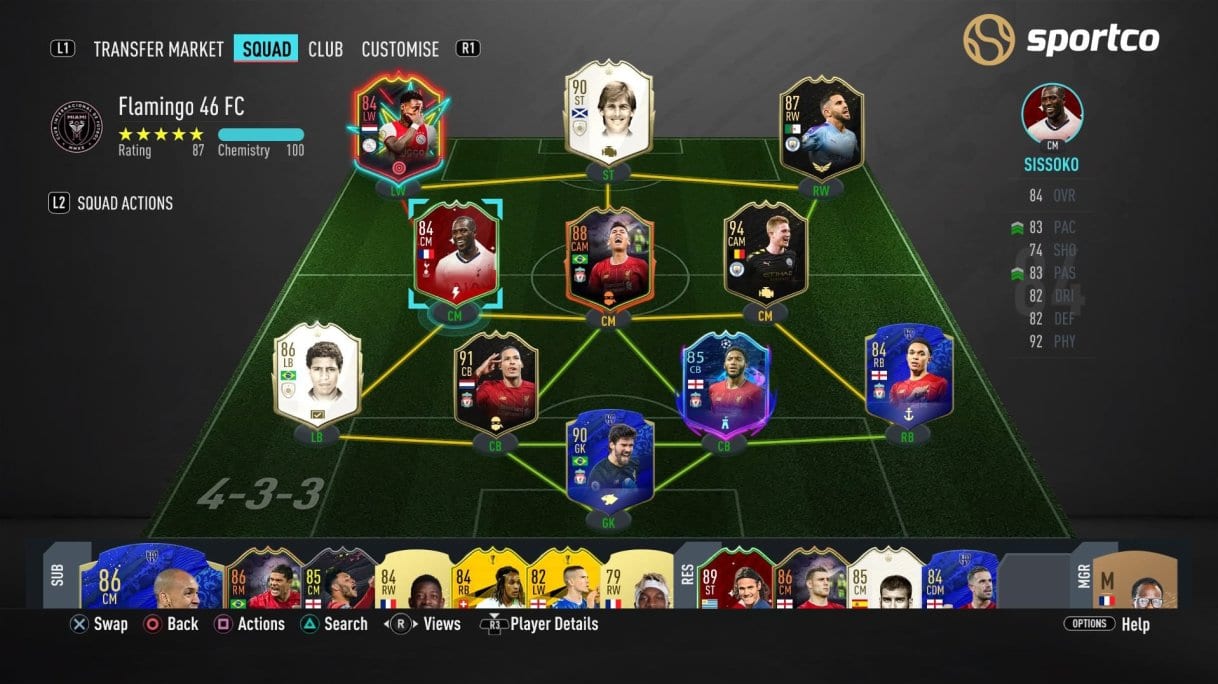 EA makes great additions and changes in the ultimate team every year which keeps the fans glued to this game mode. Last year they added the option to create your own stadium from the ground up. You could add and customize the fireworks, lightings, stands, banners, celebration music, and much more. They also added the Co-op mode, which was a huge hit. Fans loved the concept of playing together and earning rewards in a competitive mode. The problem was that the Co-op mode was build inside the single-player, so people were facing a lot of issues in matchmaking.

So a dedicated Co-Op mode could be a great addition to the game, and it is something EA is reportedly working on.

This is always something fans are not happy about. For the last few years, except the last year, progressing in the game was quite tough after a certain level. The grind is real in FIFA in the latter stages, and getting rewards isn’t as easy as you think. So EA decided to lower the bar in FIFA 21, and the bar got so low that even someone who is an amateur or somewhat decent player can build a great team in the game. Due to this, EA once again faced a backlash from their community of gamers who are seasoned players and grind daily to get to the top. They said, by making the rewards system so easy, there is no skill gap left between the players now.

FIFA is not all about playing a game of football and winning. In ultimate team mode, there are a lot of other challenges like trading, selling, and buying players, doing squad builder challenges, and completing very specific objectives. All this requires a good amount of football knowledge.

So, in FIFA 22, everyone would like to get the rewards system to get a bit difficult but not too difficult like the FIFA 19 and FIFA 20 ones. So it is up to EA now on what they do about this rewards system.

There were a lot of rumors about a new engine before the launch of FIFA 21. Maybe we have had a new engine if there wasn’t COVID-19. Currently, the game engine is Frostbite, and there are a few more negatives than positives in it, to be honest. Every year, there is one game mechanic who is too much overpowered. EA fixes that once it is noticed, but it takes a lot of time usually. The ones who find out that one particular thing exploits it and climb the leaderboard. In FIFA 20, we had the near post heading and the finesse crossing, which was overpowered. In FIFA 19, it was the near post-shooting that was overpowered.  In FIFA 21, the short passing and through ball was overpowered.

Frostbite took the graphics of the game to the next level, but when it comes to gameplay, there are tons of broken and overpowered features. We could have a good big article on that itself. So a change in the game engine could mean that everything starts from scratch. So it will be a level ground for everyone. Everyone will be trying FIFA on this new engine for the first time. But, if EA sticks with the same engine, then they have to make sure that the broken features are patched up soon.

The community would love a new engine rather than the same old one.

Talking about the game’s release date, we can expect the game to be out in the last week of September. There are some reports of the game coming out on 24th September 2021. Every year EA does release a demo. Last year, they failed to do it, and they do not want to miss it again. The demo is released around 15 days before the launch of the game.

If you want to get your hands on the game even before the demo, then you will have to be lucky. EA invites very selected people to try out their game in a closed beta. This happens around the month of August. Talking about the game trailer, the trailer will be released in June during E3.

If you have EA Play access, then you will get early access of 1 week for the standard edition of the game. If you have EA Play Pro, then you get early access to the ultimate edition, and you get the full game on the day of its launch. EA Play costs around £19.99 / $29.99 yearly on PS4 and PC, respectively. EA Play Pro costs you £89.99 / $99.99 yearly on PS4 and PC, respectively.

So this was everything we knew about the upcoming FIFA 22. There will be a lot of leaks with time. We are still 5 months away from the launch. There will be a good development and news leaks once the trailer launches and beyond that. We will keep you updated about the progress of the game. So stay tuned!

How To Watch Chaos Walking? Is The Movie on Netflix?

Who is AR Ab Rapper & Why is He Imprisoned?

Who is AR Ab Rapper & Why is He Imprisoned?

The Ending of ‘Underwater’ Explained: What Happened To The Crew?

10 Best Dramas and Movies of Lee Min Ho: From The Heirs To Pachinko