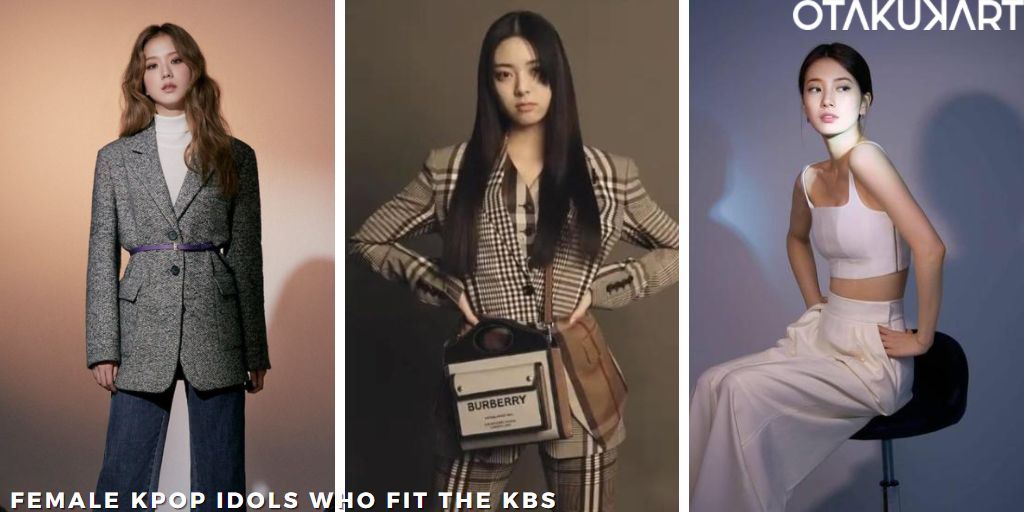 As you get more into Kpop, you will realize that your favorite female idols have to keep up with the KBS, aka the Korean Beauty Standards. Kpop idols are one of the most talented as well as ethereal people on the planet. Moreover, like every country, Korea has its sets of beauty standards to which its celebrities are compared a lot. It includes having pale and fair skin, ageyo-sal, not too big-not too small double eyelids, big and round pupils, high-bridge nose bridge, heart-shaped lips, straight white teeth, small v-shaped face, not too chubby cheeks, straight or soft arch eyebrows, slim hourglass or inverted triangle figure, height over 165, cm.

However, fans have been spreading awareness that people are still pretty without any of these features. Like Jennie’s got chubby cheeks, Nayeon has bunny teeth, and Hwasa defied the fair skin feature, and more countless times idols proved that they don’t need to fit the standards to look pretty or cool. But that is a talk for another day. In this article, we will be listing down the Female Kpop idols that almost fit most of the rules set by the Korean Beauty Standards since no one would perfectly be able to fit all the standards unless they get plastic surgery done.

Hani is one of the most beautiful women in the whole Korean industry. She had literally unexpectedly saved the group Exid from disbandment when her fancam from the song Up And Down went viral. For now, the girl group Exid’s fans have been waiting for the group’s comeback as they have been on an indefinite hiatus because of man members leaving their original agency Bananana Entertainment. Keep your fingers crossed to hear news of comeback soon and see Hani. We will also be waiting for Hani’s own individual comebacks as a singer as well as an actress! Next up is one of the most beloved idols of the nation, also known as the nation’s little sister, the legendary K-pop soloist IU. IU has very soft and baby-like visuals. Being on this list, it is very obvious that the Kpop idol fits the Korean Beauty Standard really well. The only criteria she does not fit in are a V-shaped jaw, an hourglass figure, a Golden ratio, and height above 165cm. No one can forget about the amazing and lavish outfits the Kpop idol wore in Hotel Del Luna. Not to forget, the soloist’s voice is as pretty as her visuals. She debuted just at the mere age of fifteen and has come a long way. Yiren, despite being a Chinese idol, fits the Korean Beauty Standards really well. Yiren, who is also the visuals of the group, makes us swoon for her unreal body proportions and beauty. The only standards that she does not keep up to are her height which should have been 165 cm, and an hourglass and golden ratio body type. In addition to that, while Yiren was participating in Produce 48, she had ranked #1 visuals out of all competitors. We totally agree with their decision! Next up is the leader of the Next Level girl group Aesapa, Karina. Another SM Entertainment group leader is on this list. Kpop fans and non-kpop fans have been blown away by Karina’s visuals over the past two years. It seems like the 4th generation on Kpop has many female idols that fit the Korean Beauty Standards, and Karina is one of them. The only criteria she does not fit are the golden ratio and hourglass body type. 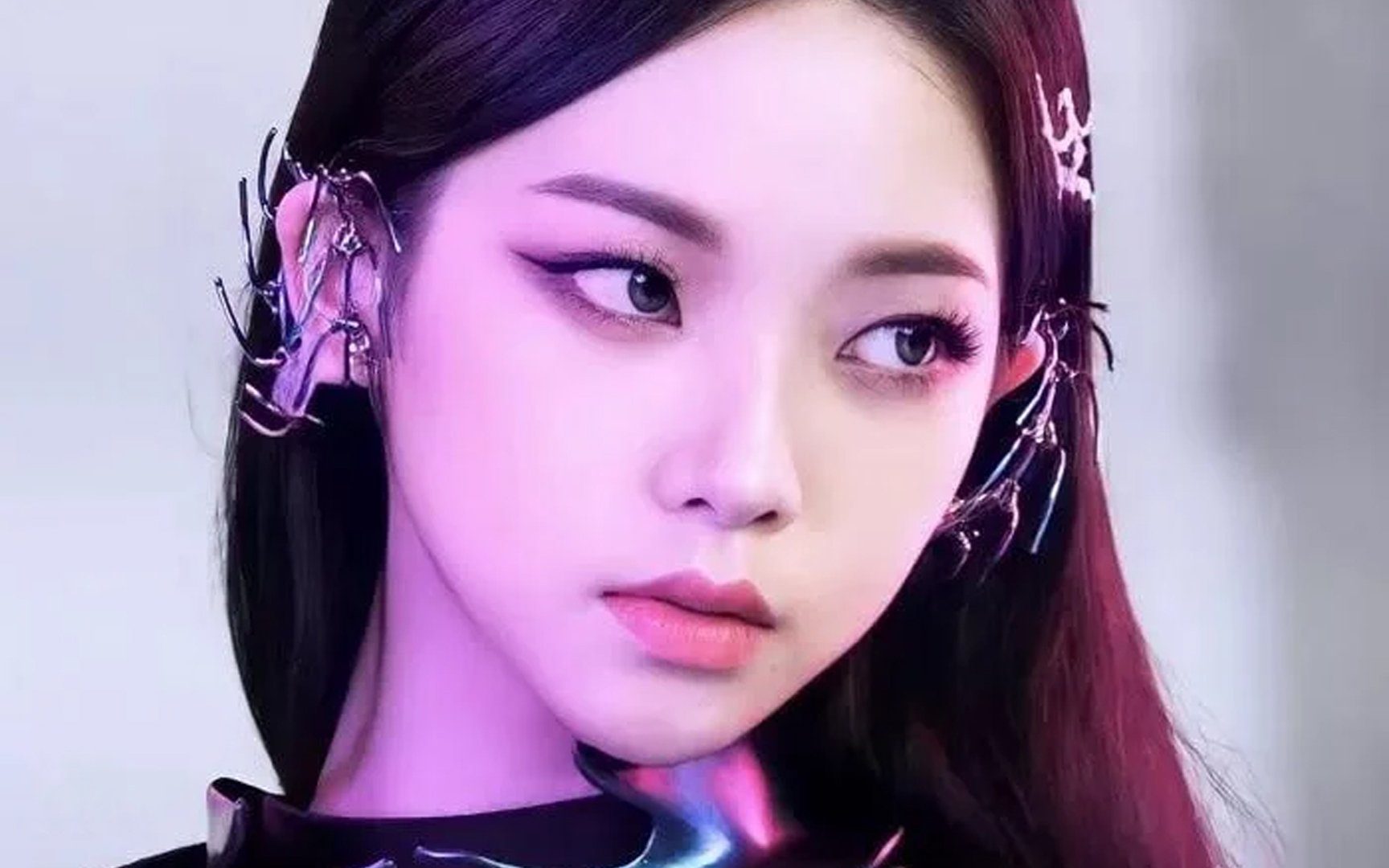 Wonyoung has been the talk of the town ever since she won the survival program show. The Kpop idol had gone viral for her insanely adorable visuals and height at the age of fourteen. The only aspects that she exceeds are the V-shaped face and an hourglass figure. Now, after IZ*ONE’s disbandment, she has once again debuted with fellow IZ*ONE member Yujin in Straship’s new girl group IVE. You could say that the title of monster rookies was made especially for IVE! They have been eating up the whole assignment and are leaving no crumbs behind. 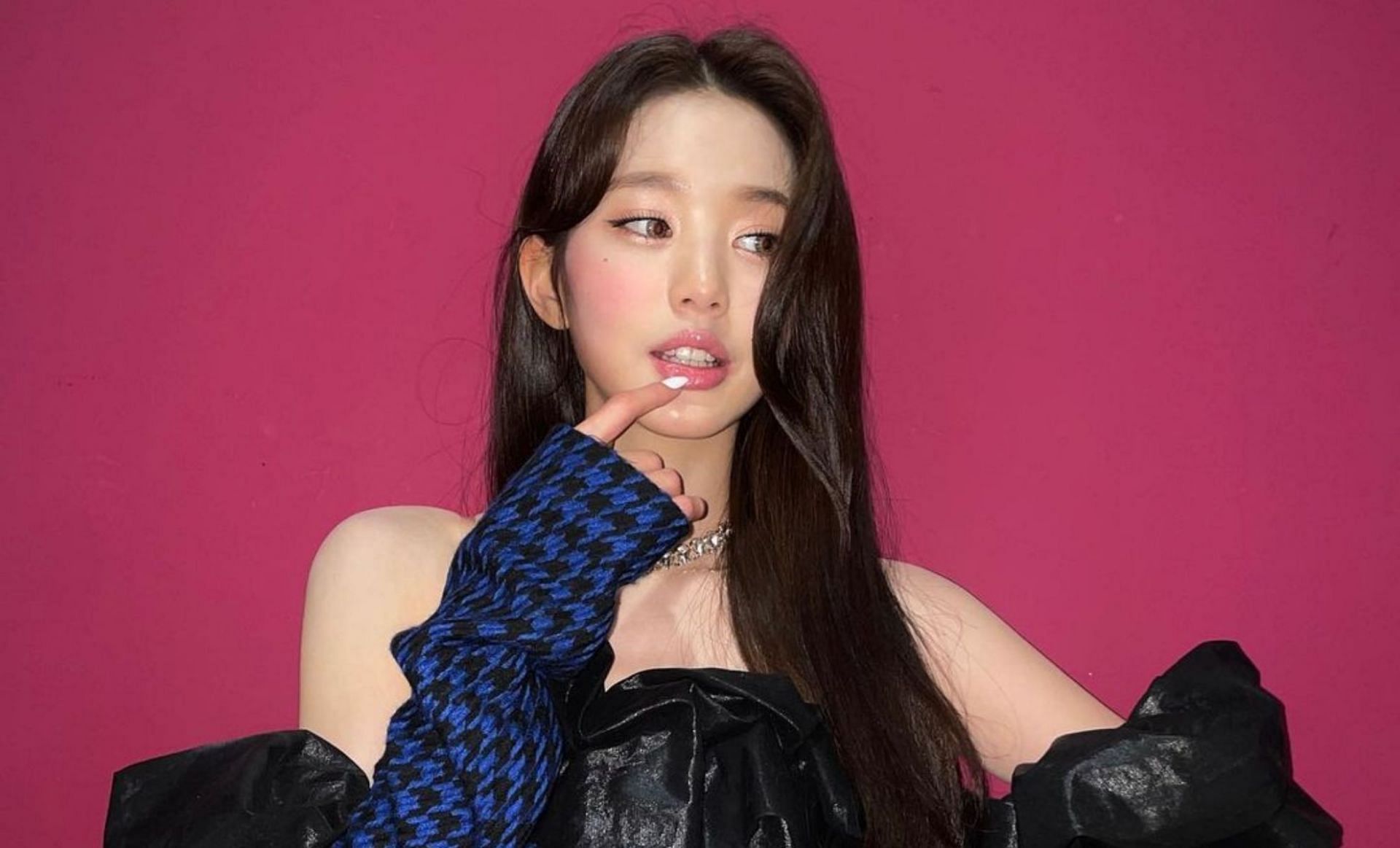 Yoona is one of the leading figures in the Korean industry. From acting to singing, she can do everything while looking so pretty. She has most of the beauty standards except for a golden ratio, plump lips, and an hourglass body. Yoona is also coming back to the acting industry after a while with the law-thriller Kdrama Big Mouth. Read what she had to say about her kdrama with Lee Jong Suk over here! Chou Tzyuyu, the talented maknae and visual of TWICE, has constantly been making headlines for her beauty. Ever since she debuted, fans have been amazed by her unreal proportions, height as well as slim body. The only reason why she does not perfectly fit the Korean Beauty Standard is that her skin is not fair enough, according to Koreans, and her face is not V-shaped. 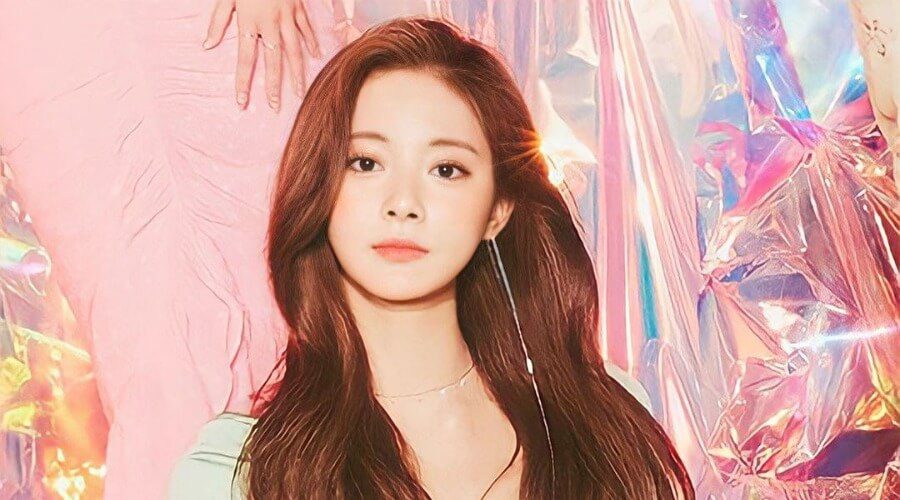 Also Read: Kpop Groups And Their Most Viewed Music Video As Of February 2022

Irene is one of the most famous visuals of the Kpop industry. Naturally, when you think of Korean Beauty Standards, Red Velvet’s leader comes to your mind. With her doe eyes and unreal aura, Irene has been snatching everyone’s hearts with her unbeatable visuals and talent. From brands like Nuovo outselling after Irene modeled for them, from Kim Ji-Young 1987 becoming a bestseller after Irene told a fan about the book and more countless times that prove that the Irene Effect is a force to be reckoned with. 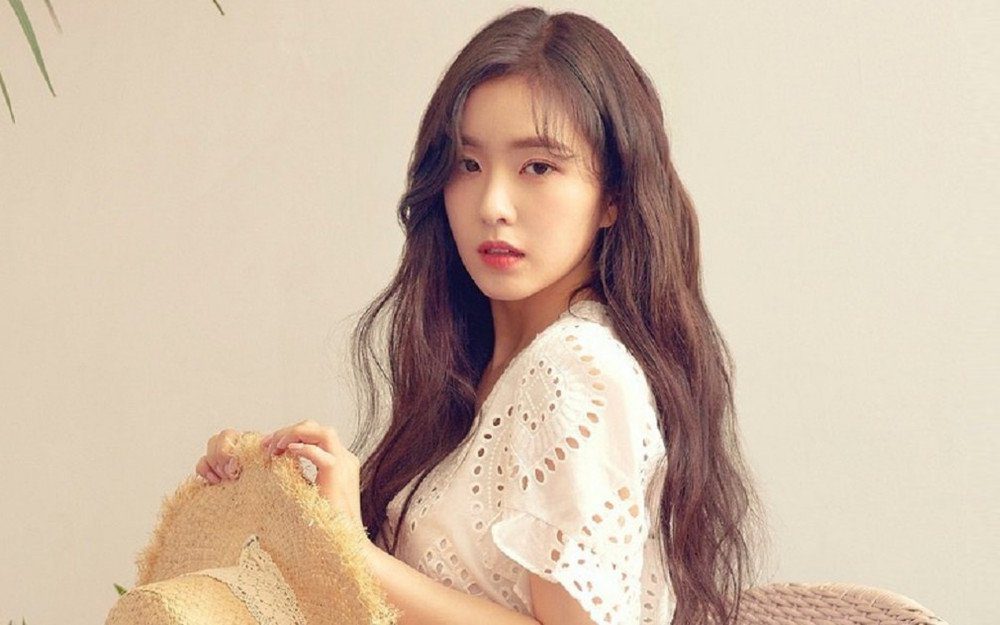 Jisoo is one of the few Kpop idols that fit the Korean Beauty Standard really well. With a beautiful oval/v-shapes face, round and have in-out double eyelids, plump, and her cupid’s bow is heart-shaped lip, and her nose is slim, and her skin is pale, there is no wonder why she was chosen as the visual of Blackpink. The only aspect of her that does not fit the standard is her height, not having the golden ratio, and an hourglass figure. Jisoo is 162 cm tall and is also the shortest member of Blackpink too. Guess she is making the people who called her a monkey before bow down their heads in shame. 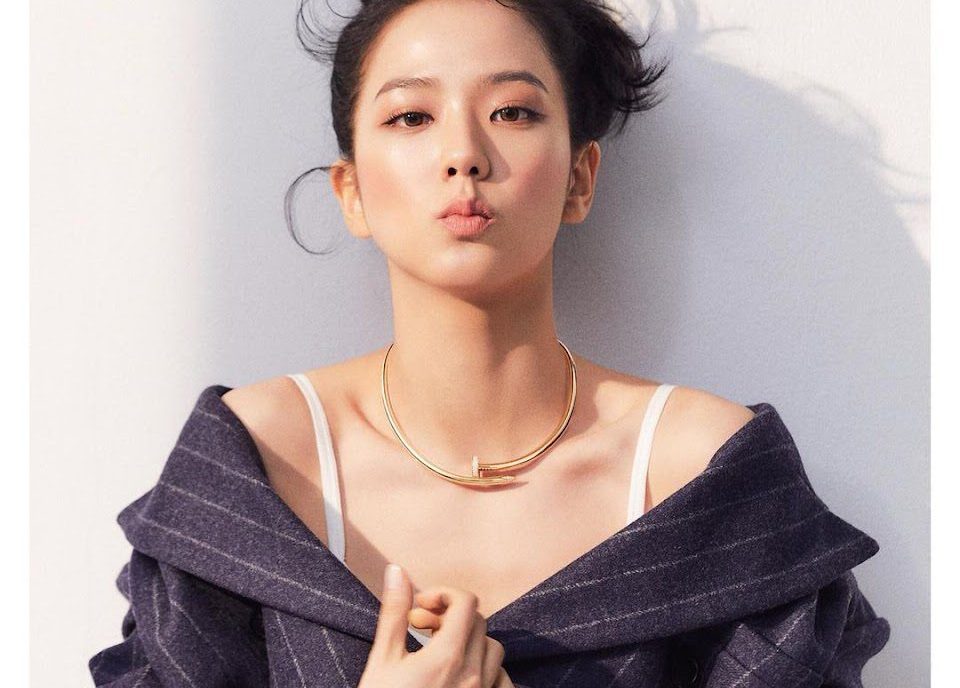 Next up is the IZ*One fame Minju. Minju has everything from a sleek figure to beautiful doe eyes. She is easily one of the Kpop idols who fit the Korean Beauty Standards. The only standard that she does not fit is the hourglass body figure. In her time in IZ*ONE, she was subsequently the main visual and was also the lead rapper and one of the vocalists of the group. After the group’s disbandment, her company Urban Works announced that the K-pop idol would be continuing her career as an actress instead. We will be waiting for Minju’s upcoming projects and hope that they come out soon! Next up is the maknae of one of the leading figures of the 4th-generation of K-pop ITZY. At first, during ITZY’s debut days, Yuna sued to exclude cute vibes, which made sure to make everyone fall for her. Now she has more of a mature look to her which makes us doubt the fact that she is real even more. The only aspect of Yuna that does not fit the Korean Beauty Standards is that she does not have an hourglass body figure. Other than being this pretty, Yuna is known for her killer dance moves, powerful vocals, and rap too! If you want a perfect definition of a person who fits all of the descriptions of the Korean Beauty Standards, it would be no one else other than the former Miss A member Bae Suzy. Many people who have seen her up close complain that the camera does not do justice to her out-of-the-world beauty. The only standard that the Korean actress and idol does not fit is the V-shaped jaw one. Her face is a bit larger than considered ideal. No one wonders why people find her so beautiful.