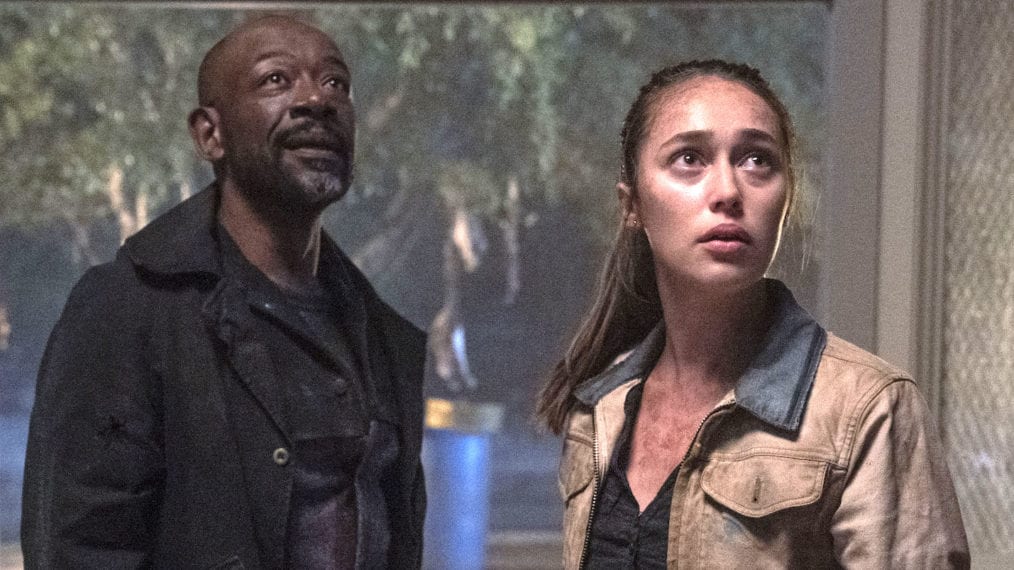 From Fear The Walking Dead Featuring Morgan and Alicia

While one door is closed, the other keeps opening we should say. At least for Fear The Walking Dead Season 7. Something like that is what AMC aims for when it comes to its Walking Dead Universe. Yes, universe because AMC is thriving upon the franchise. The original show is closing its doors completing the story incoming 2022. This called for shows like The Walking Dead: World Beyond. Apart from that, there is a comedy spin-off planned. A Daryl and Carol spin-off as well as a show telling the short stories of the TWD universe. Much like that Fear, The Walking Dead makes its return too with another season run.

Fear The Walking Dead recently ended its sixth season run with a big bang. Yes, a big bang thanks to Teddy’s missiles. It was an unavoidable circumstance for the finale. It saw characters coming to circle that it’s their end. Probably for the show too but many of them survived. So there is a question that the show may continue after all. But how long? With The Walking Dead closing in, is it the end for Fear The Walking Dead as well. The show recently finished the main storyline. What’s next? Let’s find out.

The Finale Of Fear The Walking Dead Season 6 saw the survivors running away and taking cover from Teddy’s missiles. Most of the characters know they are not gonna make it. We saw Riley Luciana, Charlie, Wesley, Daniel, and Sarah trying to make it to a bunker Riley knows. There are shots fired and injured in doing so. Similarly, Sherry and Dwight who recently reunite find shelter in a cabin to spend time with each other. But the cabin is inherited by a family who is endangered by some people. Dwight and Sherry save them in turn the family offers them to save themselves in their own bunker. 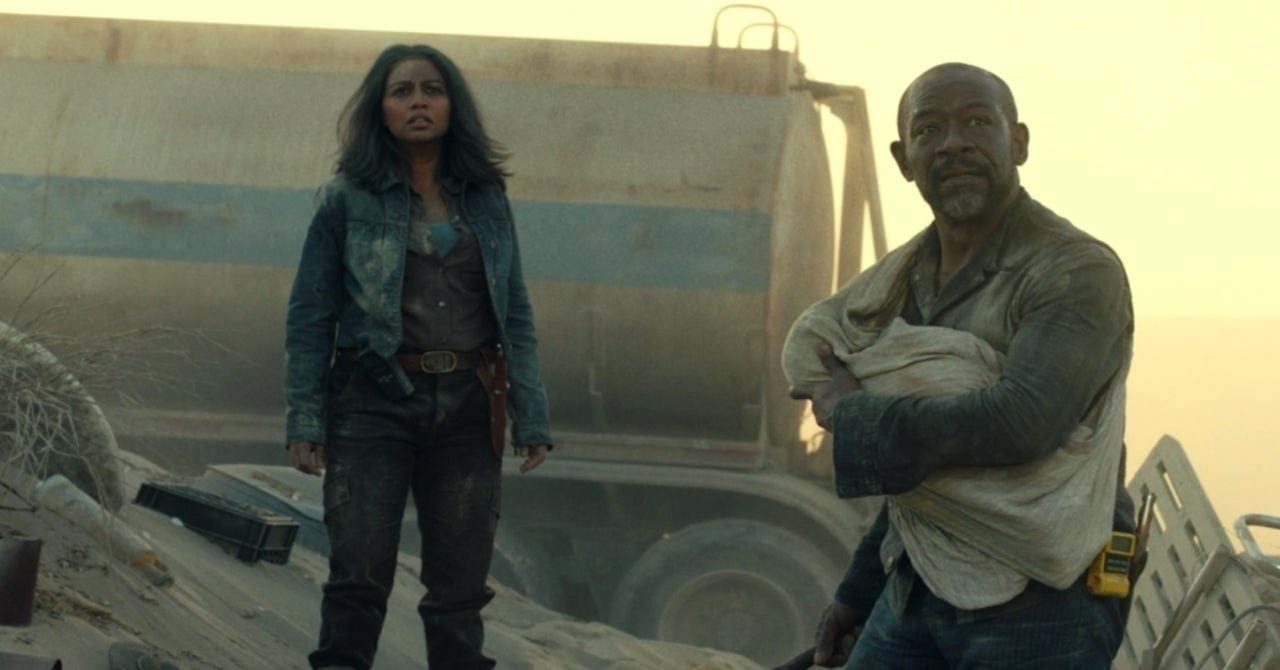 From Fear The Walking Dead Featuring Morgan and Grace

We also see a confrontation between Teddy, Dorie, and Dakota before June comes to make the save. Strand on the other hand finds an unlikely ally while Morgan tries to prevent want Teddy started. Morgan and Grace are ready to commit suicide as they know it cant be prevented until they hear Rachel’s baby crying and save it. They follow the coordinates to find Riley and soon a CRM helicopter arrives.

Fear The Walking Dead Season 7 is releasing in the fall of 2021. The exact release date for the show’s return is yet to be revealed. Much like previous seasons, we are expecting the season to have 16 episodes to compensate. Rumors around the internet are piled up for Fear The Walking Dead coming to closure. Especially because of the fact that The Walking Dead. So the answer is not anytime soon. 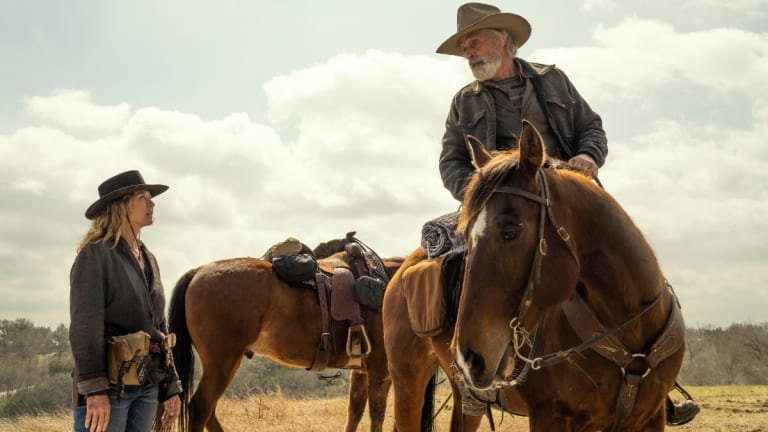 After the rumors built up, Ian Goldberg. the showrunner of Fear The Walking Dead talked about it in an interview. He revealed they are moving forward with Season 7 and nothing more or less than that. They are very much excited and have been in production for it since April. Apart from it being a regular season, there is no indication of it being the final one. At least AMC hasn’t told them to wrap up the story yet. So as long as the network allows them, they will continue to the story and won’t be saying goodbye anytime soon.

What To Expect From Fear The Walking Dead Season 7?

The ending moments see the missiles go off. Dakota kills Teddy with her turning into ashes. Morgan, Grace, and Baby survive by staying under the truck. June and Dorie have taken shelter underground as well as Dwight and Sherry. Meanwhile, even Strand and another man somehow manage to survive. So most of the main characters are alive and well and could reunite in the premiere of Fear The Walking Dead Season 7. 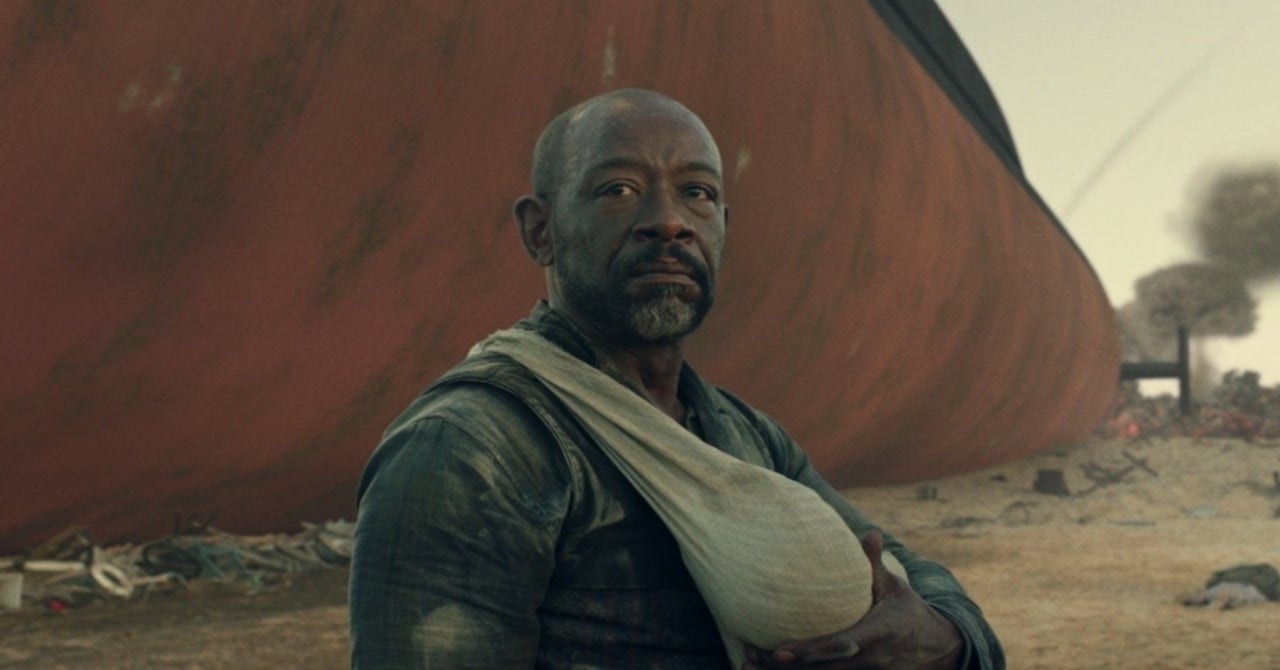 Fear The Walking Dead Season 7 will serve as a new start for the characters. Also, the reason the finale of season 6 is called the beginning as Teddy dubbed it. With everything turned to ashes, humans will have to find a way to build a life again. It may see them building the structures again. At the same time, they are given the gift of life which they can thrive upon. Apart from that, season 7 may not have a major villain like Teddy yet. We would have to wait to see how it turns out. What new start will it be? All in Fear The Walking Dead Season 7.