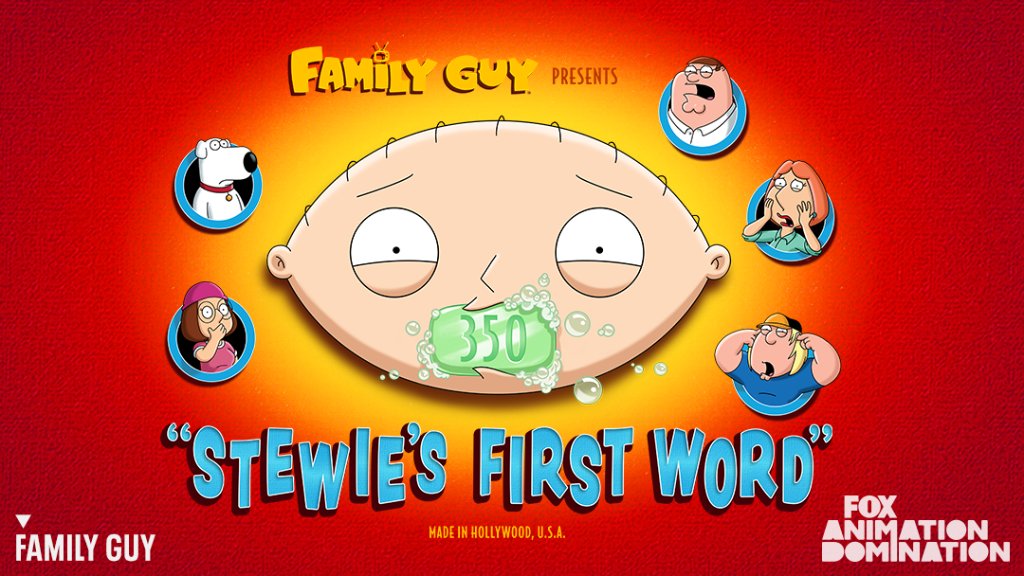 Stewie’s first words starts off with the guys hanging out in the bar. Peter brings up it is Saturday and they should be at the goodwill dumpster looking for interesting items. Quagmire finds a pair of working legs after Joe just says there isn’t anything good at the goodwill dumpster. Then leads to the journey of a magic 8 ball Peter finds. He first askes the ball “will it snow this year for Christmas” Peter then says the ball is absolutely right followed by a response from the 8 ball “ask again later”

Peter gets home and shows the magic 8 ball off to his family After Brian asks about it. In which they aren’t too thrilled about. Then Peter askes the magic 8 ball if his puppet show will be a blast. Peter gets mad after finding the results and says “I will show this thing” Slamming it on the table. Next thing you know you hear a horn beeping and a loud thud followed shortly after. Peter returns and Chris asks his dad how the show when. Peter then replies with “it was a little flat” while he himself was flat.

The family then heads off to church where Peter says his religion is now the 8 ball. Stating the magic 8 ball being Peters new God. Peter then asks the magic 8 ball “is the Fox network sustainable” instead of replying to Peter the black ball explodes. The Griffins then appear in Church where Stewie is trying to stream a show called Mind hunter. 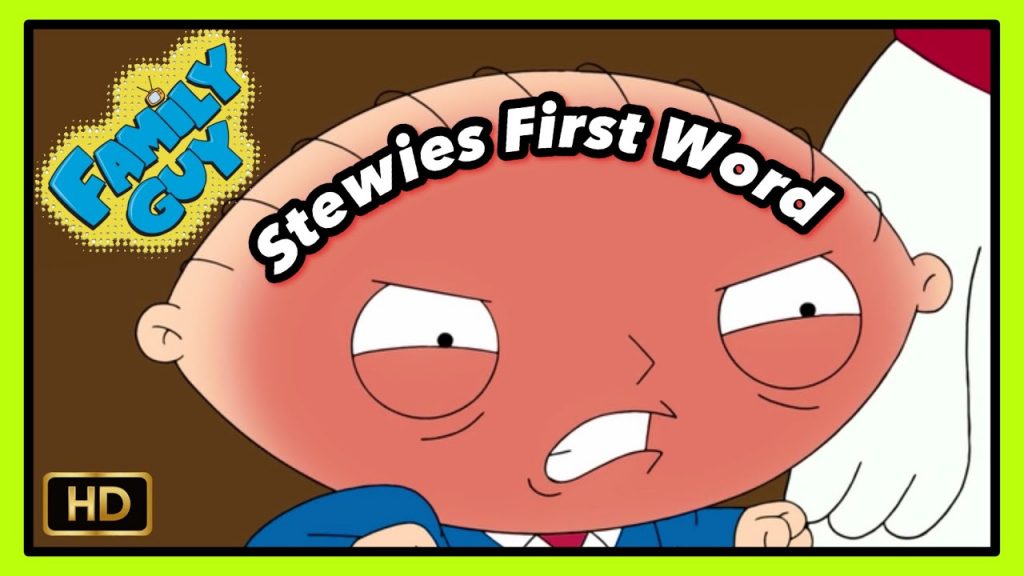 The church service ends and Stewie wants a cookie that is normally given after the end of each service. The priest then reminds everyone that it is Lent and there will be no cookies given out. From there Stewie says his first word. Well, the first word everyone can understand. This word was a curse word and everyone gasped when they heard the 1-year-old baby say it out loud.

Stewie and Brian then try to figure out why everyone was able to hear Stewie say the cuss word but they couldn’t really figure it out. They had several guesses. One Stewie made was, what if he was only able to express anger? Though, they debunked that one later on in the show where Stewie says his second word being “Mommy”.

After that Lewis and Stewie head on over to Suzie’s birthday party. Where Lewis was denied going any further by Bonnie. Though, Lewis and Stewie were invited to this pool party before Stewie’s incident. Bonnie told Lewis that she was worried Stewie would be a bad influence on the rest of the kids there.  From there Kyle, Bonnie, and Joes oldest shoots Bonnie in the arm with a bolt. That signifies that Kyle would be a bad influence on the kids at this party. Also showing that Bonnie wasn’t a great parent either. Like she was telling Lewis she wasn’t a very good parent for letting Stewie learn the awful word.

Lewis Tries To Find The Answer 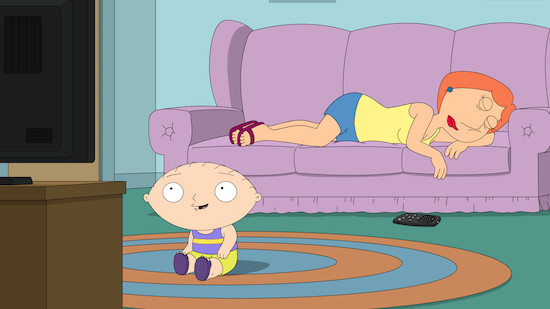 At this point of the cartoon, Lewis sets out to find where Stewie learned the F word. Her first thought was from a kids’ show but after watching all the episodes from it. She didn’t find the word used once. Later on, she moves to family members being the culprit for teaching Stewie the cuss word. Peter, being the first on her list.

After finding out Peter wasn’t the one who taught Stewie the F word. Lewis then tries to go to the store where the managers of the store shut off the lights and locking the doors, preventing Lewis from entering. Lewis starts to cry a bit because she says something along the lines of “if groceries shame you moms have nothing”.

Whipping her tears away with a wet whip with some kind of chemical on it. You can hear Lewis say the cuss word Stewie had said at the beginning of the episode.  Lewis then realizes she is the culprit for teaching her 1-year-old baby the bad word. Feeling bad for what she had done to her child. You can find Lewis going away for a few days.

Heading off to a resort to help her with her anger. Lewis goes only to find out there was nothing wrong with her using the swear word.  Returning to her family where she hopes things are all good between them all. After taking a look at Stewie on the steps. She walks toward him saying who she is to him. Stewie then replies saying “Mommy”, signifying everything being back to normal.