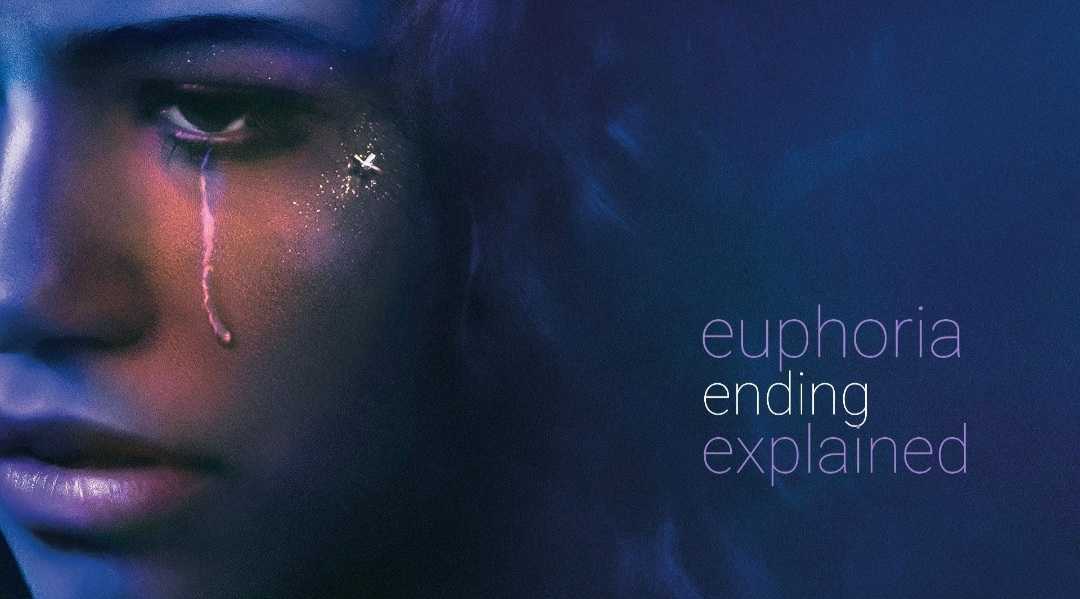 Euphoria season 1 ends with a dramatic mix of emotions with a lot of tears and melancholy. The show is an American adaptation of the Israeli show of the same name. It follows Rue, a 17-year-old drug addict. She is out of rehab but funds it hard to ditch drugs. Jules is a transgender girl with her own set of battles, trying to find herself and where she belongs. Rue and Jules gradually fall for each other, and the show follows them as they traverse through their battles and feelings.

The show also follows Nate, a football jock who has serious anger issues and sexual insecurities. Chris McKay is a football star who struggles with adjusting to college life after high school. His girlfriend, Cassie, is the popular girl whose past sexual encounters keep gnawing at her. Finally, Kat is a body-conscious girl who struggles with her sexuality. Euphoria season 1 revolves around these classmates as they face hardships and struggle with various challenges. 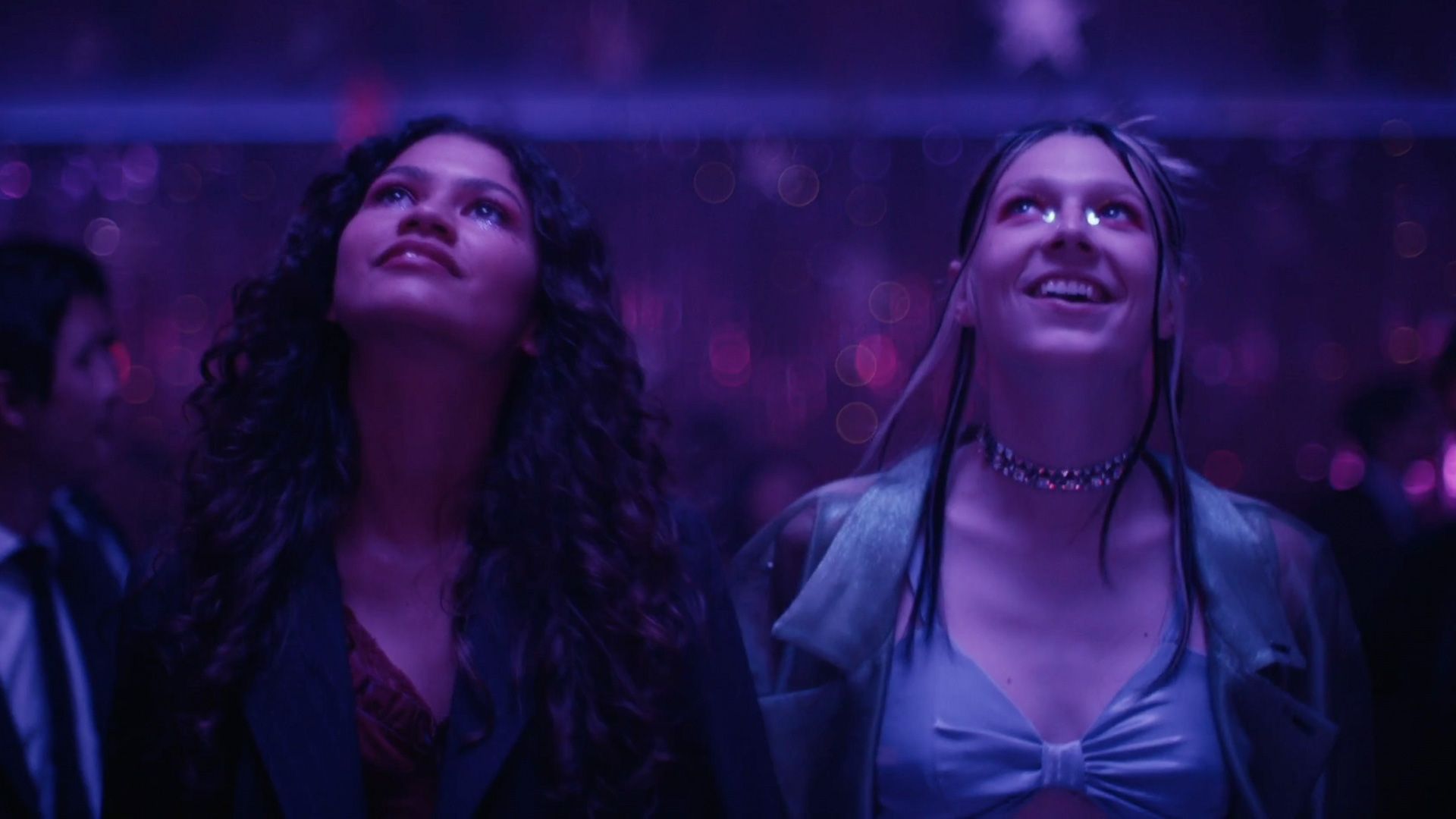 Rue and Jules have a tear-jerker of a conclusion in the Euphoria season 1 finale.

The ending of Euphoria season 1 finale sees Rue return home after getting apart from Jules. She had decided to run away together with Jules before. It was her plan to run away together, and the two ran off to the train station. However, at the last moment, Rue withdrew from boarding the train. She thought about her sister and mother and felt guilty for abandoning them. While Rue backed out of the plan, Jules did not reciprocate her feelings deciding not to stay. Instead, she remains on board as the train departs, not knowing where it’s headed. A heartbroken Rue goes back home, but before that, we get a montage of flashbacks. The flashbacks involve memories from her childhood and relatively recent ones as well. The sequence ends with Rue giving in to the drugs again, as she snorts up a score and passes out.

From her bedroom, Rue enters a musical number, an in-show rendition of “All For Us.” The surreal and experimental sequence that follows made many believe that Rue is dead. There were a couple of good enough reasons to believe so too. The first one is that Rue gets a flashback sequence before she succumbs to her drug addiction again. That kind of montage of past events seemed like a goodbye for Rue. Then there’s the fact that in the dream/trip sequence, Rue meets her mother, sister, and her dead father. However, she’s strangely only able to interact with her dead father. Gia and Leslie are not able to see her at all, it seems. This kind of made way for theories on Rue’s state at the end. However, Euphoria creator Sam Levinson clarified that Rue’s very much alive, with a big and tough journey ahead of her.

Also Read: Once Upon A Time In Hollywood Ending Explained

Euphoria Season 1: What Happens to Fez?

The kind-hearted and barely speaking drug dealer, Fez, became a fan-favorite during season 1. By the end of Euphoria season 1, he was also in a pretty bad state. And the ending of his arc was also ambiguous, much like Rue’s was. He finally confronted Nate and warned him against hurting Rue and his friends. Nate takes it up with him by calling the cops on him. As the police raids, Fez finds himself in a tight spot. However, he and his friends manage to make it out of that situation by flushing the drugs in time. But his troubles do not end there. Now he has no money to clear his debt with Mouse. 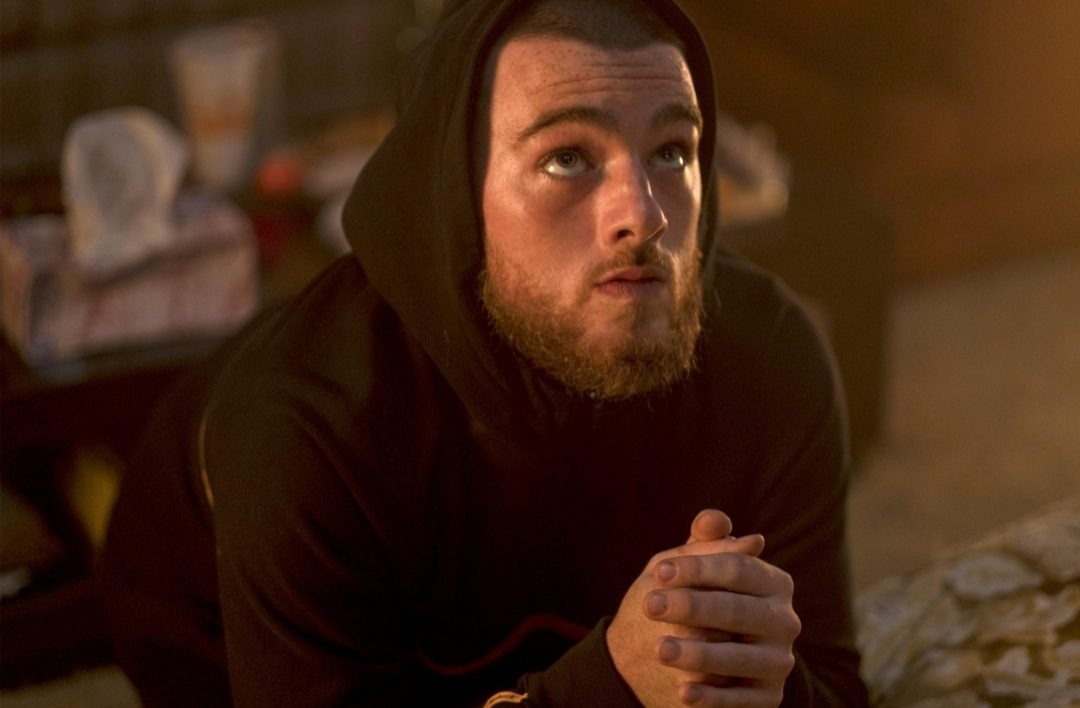 Fez’s fate is left ambiguous at the end of Euphoria season 1.

To tackle this problem, Fez robs a doctor’s home. But a struggle ensues, and Fez ends up beating the doctor brutally before fleeing the scene with the money. The ending of Euphoria season 1 finale sees Fez meet Mouse. As he hands him the money, he asks him, “We good?” We don’t get to hear Mouse’s response. This raises some red flags as to what fate awaits Fez. However, there’s not much to worry about since he’s returning for season 2. And while he might be in trouble with Nate and maybe even Mouse, he’s still alive. Let’s hope it stays that way.

Kat and Ethan are the only ones on the show to get a happy ending. The sweet relationship goes through a couple of rough patches and bumps along the way. Kat started as a girl with no confidence regarding her body or sexuality. Over time, she develops confidence and delves into an online alt persona. Through online cam sessions, Kat gradually comes to explore and be comfortable with her sexuality. Meanwhile, she had been avoiding Ethan, the only one to ever try and venture into something deeper with her. At the end of Euphoria season 1, the cute couple finally has a reunion and shares a kiss. What’s more, is that their reunion is probably one of the most mature ones in the entire show. 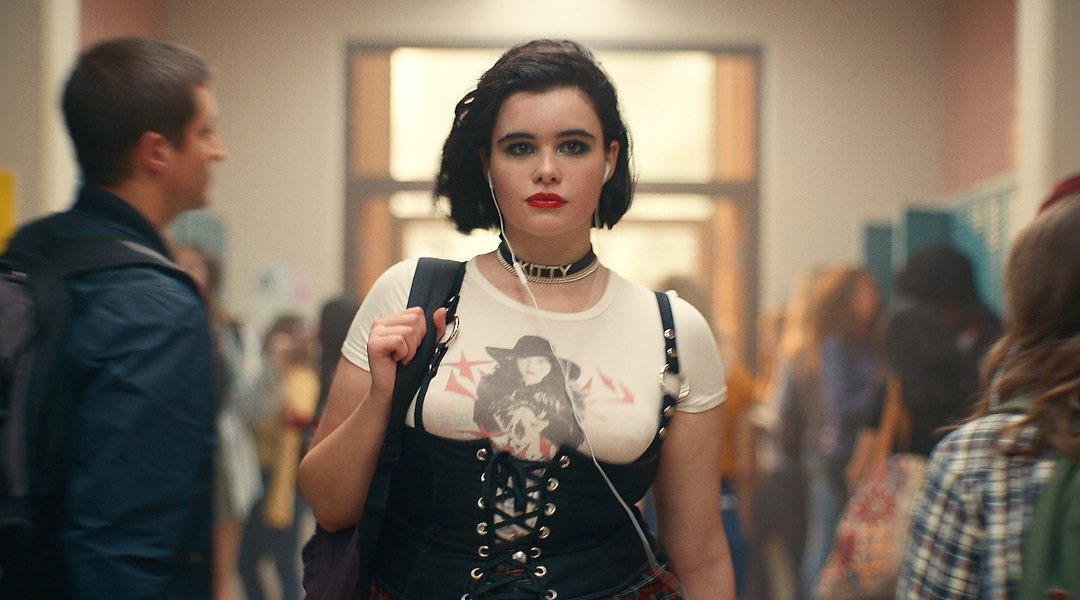 Kat is a body-conscious girl who’s also struggling with her sexuality.

Nate and Maddy and the DVD

Towards the end of Euphoria season 1, Nate attempts to have sex with his girlfriend Maddy. However, it doesn’t pan out, and he ends up hurting her again. As Maddy leaves Nate’s house, she covertly grabs a DVD from his room. The DVD contains one of Nate’s dad Cal’s sexual encounters. It most likely contains disturbing footage of him and the underage Jules. We see Maddy watching what’s on the DVD, and it’ll be interesting what she does with it. Meanwhile, she finally breaks up with Nate at the Winter Formal. On the other hand, Nate has a violent altercation with his father too. It comes after a football match when Cal criticizes Nate. It starts as a verbal back and forth, which subsequently leads to an all-out physical brawl. But midway through their fight, Nate has a complete breakdown, banging his head on the floor. 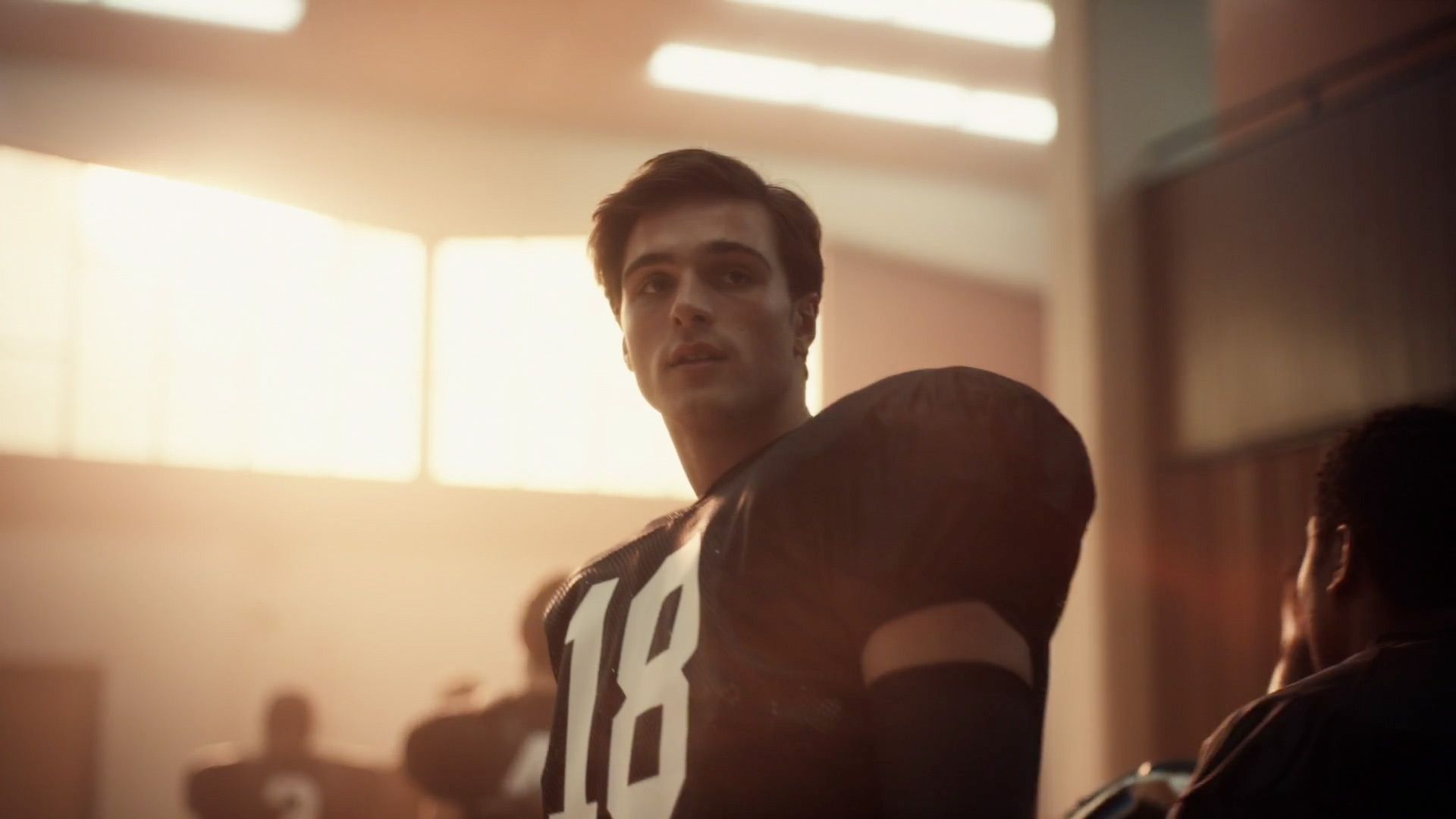 What Happens to Cassie?

Cassie is the pretty and popular girl on the show. What starts as a merry picture of a happy and unbothered girl soon turns darker. With many people taking advantage of her, Cassie gains a negative reputation. While she pretends not to have any effects of such gossips and reputation, she is deeply hurt inside. She didn’t have a great childhood, with her father battling addiction. But episode 6 is when things really take a turn for her. She comes to know that she’s pregnant, a piece of news that McKay doesn’t take positively. Seeing McKay is not going to be supportive of her pregnancy, Cassie decides to undergo an abortion.

Meanwhile, McKay also succumbs to others’ views of Cassie. Although we don’t see an official breakup, they’re not together by the end of Euphoria season 1. Cassie seeks help from her mother regarding the abortion. And her mother is actually supportive and helps her out. Cassie then heads to the hospital with her mom and sister and gets an abortion. At the Winter Formal, she tells her friends that for the first time, she’s not in love with anyone. This pretty much makes it clear that she’s not going back to a relationship with McKay, at least not anytime soon. In a way, Cassie has more of a happy ending for all the characters in Euphoria season 1. 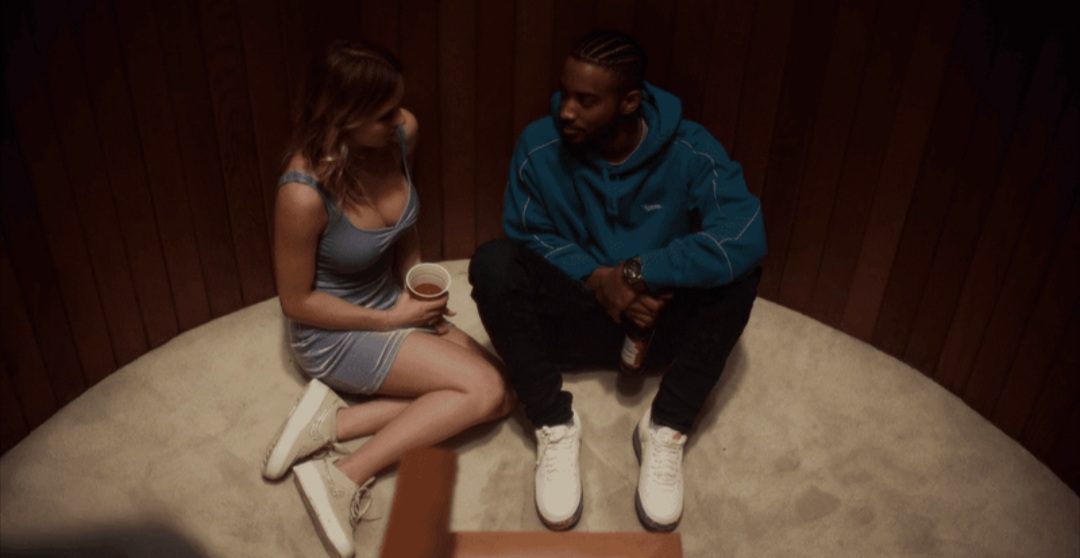