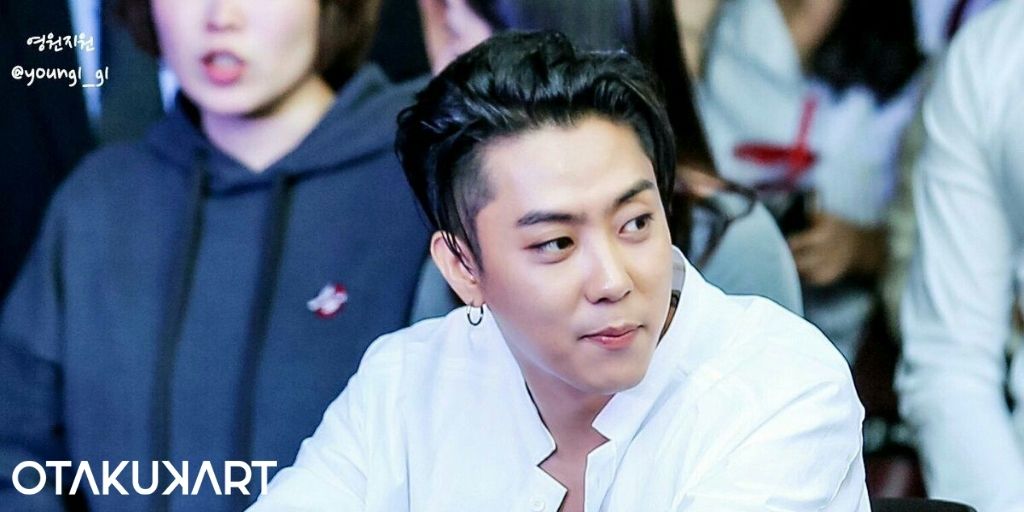 'Leader of Schecskies Eun Ji Won' at an event

‘Eun Ji Won’, the lead vocalist of the first-generation K-pop boy band ‘Sechskies’, made his debut with his group on the 15th of April in 1997. The group used to be under the label of Daesung Entertainment. But after the group’s disbandment in May 2000, they re-united to form back their group in May 2016, having signed with YG Entertainment. Currently, ‘Sechskies’ has 4 active members, the leader of the group being ‘Eun Ji Won’. Each ‘member of Sechskies’ has its own charm and strong points. Eun Ji Won is somewhat different.

The ‘Eun Ji Won of Sechskies’ is not just a leader, he is also active as a host, composer, rapper, singer, and dancer. The 43 years old idol sure keeps himself busy! He is a jack of all trades. After years of experience as an idol, Eun Ji Won is sure to make his name in the history of K-Pop as not just the ‘leader of Sechskies’, but also as an individual artist. We must admit that he has a lot of fans wrapped around his finger despite the fact that he is at the age when most idols have already retired. Age doesn’t matter when it comes to talent after all.

Just How Much is the ‘Net worth of the Sechskies Leader Eun Ji Won’?

Since we haven’t mentioned it yet, we’d like to tell you that after the ‘disbandment of Sechskies’, ‘Eun Ji Won’ pursued a solo career in 2001 with his single ‘A-Ha’, a hip-hop song. Since then he worked towards pursuing a career in the hip-hop music industry of Korea. After ‘Sechskies’s Reunion’ in 2016, ‘Eun Ji Won’ began to perform his duties as the leader of the group again. 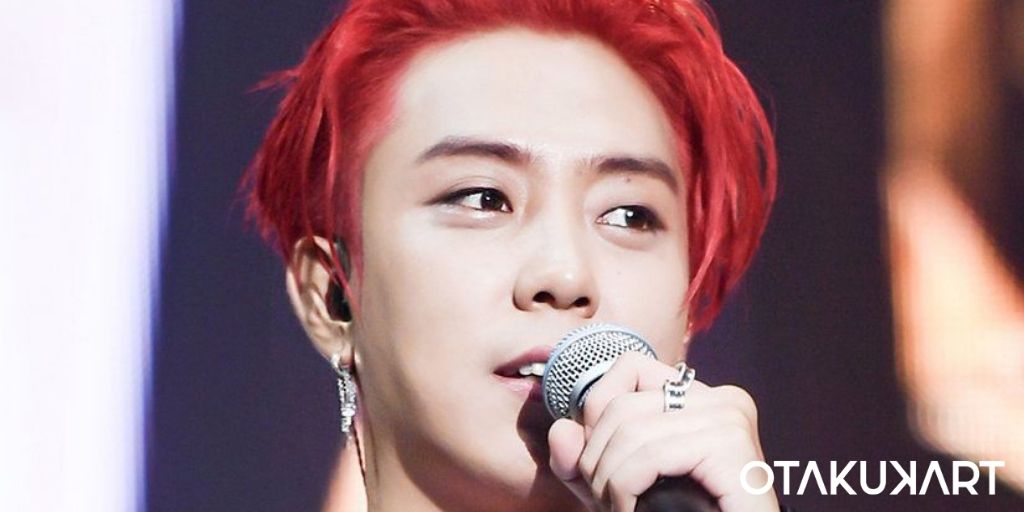 His ‘nickname Soy Sauce’’ back in the day was replaced by the ‘nickname ‘Eun Choding’’ due to the childish personality she portrayed on the Korean Reality Show ‘Happy Sunday: 1 Night 2 Days’. With a ‘net worth of 1.5 Million Dollars, Eun Ji Won’ remains one of the richest rappers in Korea and is also listed as one of the most popular rappers. Let’s learn more about what the life of Eun Ji Won is all about.

Eun Ji Won debuted as a solo artist in 2000 by releasing an EP that included his song ‘A-ha’. For his first solo album called ‘G Pop’, Eun Ji Won wrote all the songs. His first solo album was a hit and Eun Ji Won decided to experiment a little with his music which eventually lead him to release his second album called ‘Heavy G’. He later changed his management to another Korean Company named ‘Waltz Music Entertainment’ in 2003. In September month of this year, he released his third solo album ‘Drunk on Hip Hop’. 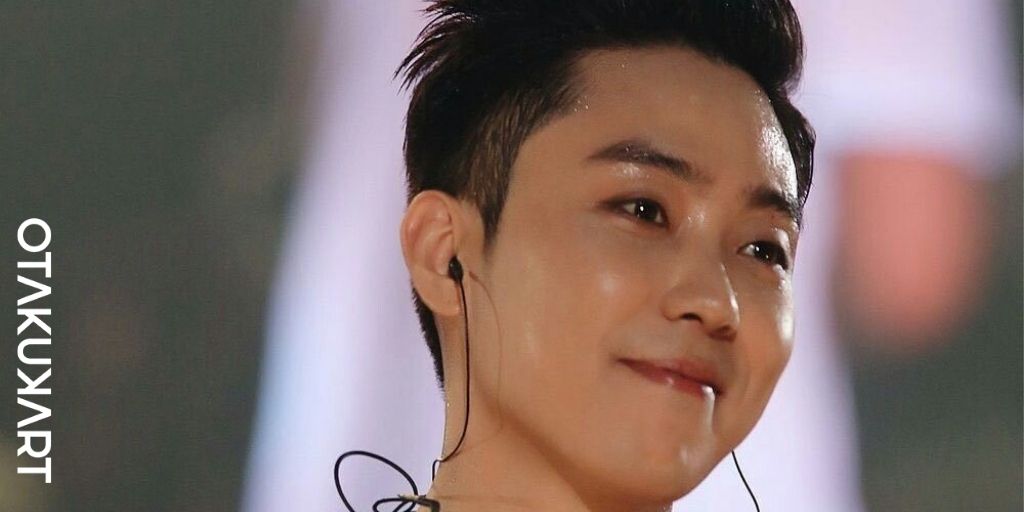 Leader of Sechskies Eun Ji Won during a music event

‘Eun Ji Won’s acting debut’ was through the romantic comedy movie named ‘Marrying a High-School Girl’ released in 2004, where he played alongside the actress Lim Eun-Kyung. The movie was based on the life events of two high-school teenagers named Park Ondal (played by Eun Ji Won) and Pyung Gang (played by Lim Eun-Kyung). After his screen debut, Eun Ji Won went on a hiatus from the entertainment industry in mid-2006 but made a comeback as a member of the hip-hop crew ‘The Movement’ as they held a concert on the 13th of May, 2006. 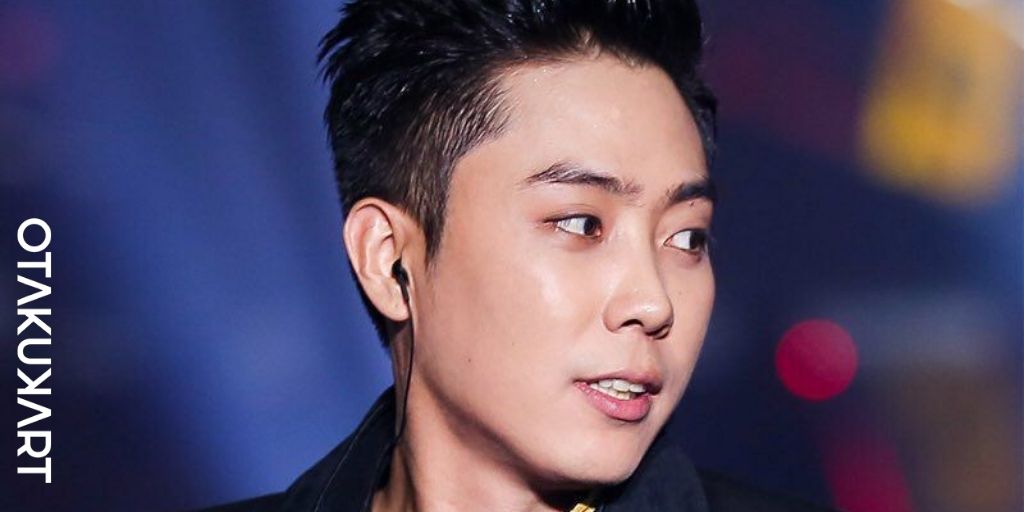 After his hiatus from the industry was over, Eun Ji Won returned with a single ‘Adios’. In October 2007, he released his album ‘Love, Death, Introspection’ with four new songs and an instrumental of his song ‘Adios’. The album was produced by Tiger JK, Mr. Tyfoon, and Eun Ji Won himself.

Eun made his reality-variety show in mid-2007 as he became a member of the popular KBS production ‘Happy Sunday: 1 Night and 2 Days’. He also replaced Kim Jong Min on MBC’s show ‘Come to Play’.

Eun Ji Won went on to release his fifth album and performed at the DKNY Party in 2007. He also appeared on Starship Entertainment’s Moon Ji Eun’s debut EP as a rapper, and then went ahead to appear in the music video for the same song. In 2008, Eun Ji Won collaborated with the artist J-Walk on a song for J-Walk’s album. In the later months of 2007, he released ‘G-Code’. 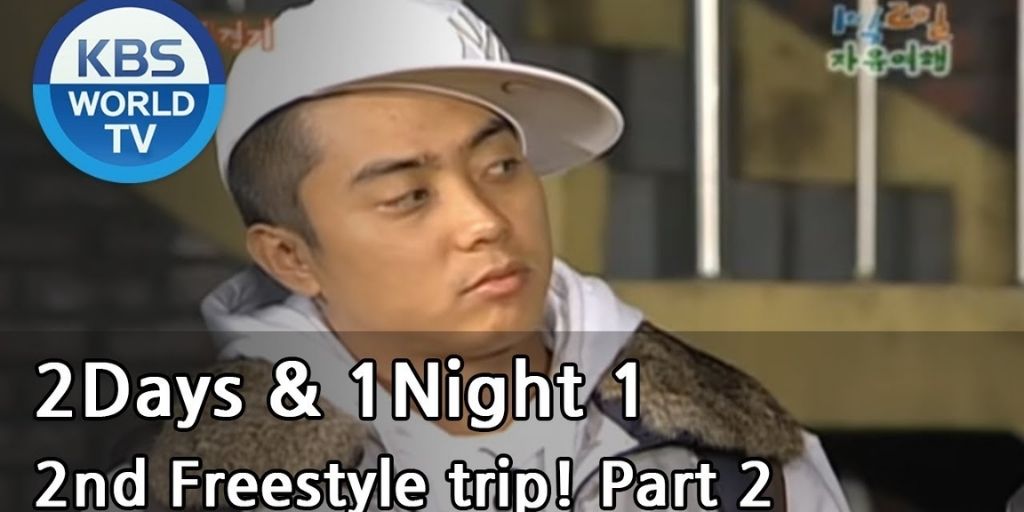 In 2009, after leaving CH Entertainment, he started his own company ‘GYM Entertainment’. After a full year’s hiatus from the music industry, Eun Ji Won released his fifth full-length album ‘Platonic’. Its title track was ‘Siren’, an electronic dance song with hip-hop rhythms. After this, his agency, GYM Entertainment, and Starship Entertainment jointly released an album where Eun collaborated with artists like Mr. Tyfoon, Gilme, and Lee Su-geun.

In 2011, Eun, Gilme, and Mr. Tyfoon formed their own group ‘Clover’ which received a lot of attention for being Eun Ji Won’s second group after the disbandment of ‘Sechs Kies’. The group performed their song ‘La Vida Loca’ on various musical shows and the song was well-received. The group released another digital single ‘A Guy Who I Know’. The group even won the Hip-Hop award at the Seoul Music Awards. The group continued to release further pieces of work as time passed. 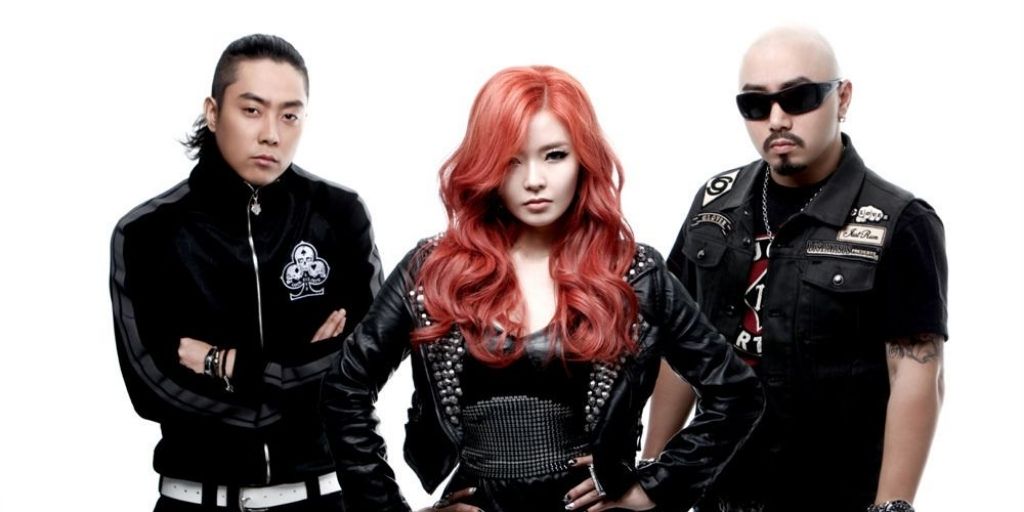 Clover: The Hip-Hop Trio Eun Ji Won was a part of.

In April 2013, Eun Ji Won made his appearance in the TV show ‘Handsome Boys of the 20th Century’, a reality show version of the drama series ‘Reply 1997’. The idea behind the show was that a group of celebrities would meet up to talk about the things they weren’t allowed to talk about before. The show was popular in Korea and received much attention. The show also had two other seasons.

In the year 2016, the members of ‘Sechskies’ held a concert for their fans, a much-needed reunion after 16 years after their disbandment. Their performance was covered by the popular program ‘Infinite Challenge’. After this, the members of the group signed a contract with one of Korea’s Big 3 Entertainment Companies, YG Entertainment on May 11, 2016. ‘Sechskies’ won many more fans, relevant from the fact that their comeback concert tickets got sold out within the first five minutes of their release. 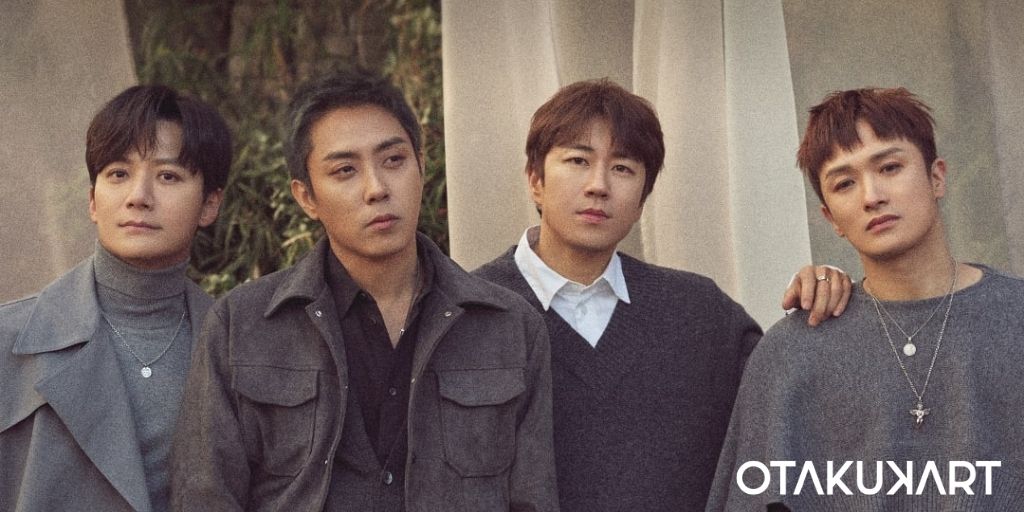 In October of the same year, ‘Sechskies’ released a new digital single called ‘Three Words’ that shook up all 8 major music charts shortly after their release. YG Entertainment released their album ‘The 20th Anniversary’ in April 2017. The album performed very well and topped the music charts of multiple countries. Eun Ji Won also sang an OST for the K-Drama ‘My Secret Romance’ in April of the same year. In 2019, Eun made his solo comeback with his sixth album ‘G1’. This album marked Eun Ji Won’s first studio album release in 10 years after ‘Platonic’. Its lead single is named ‘I’m On Fire’. 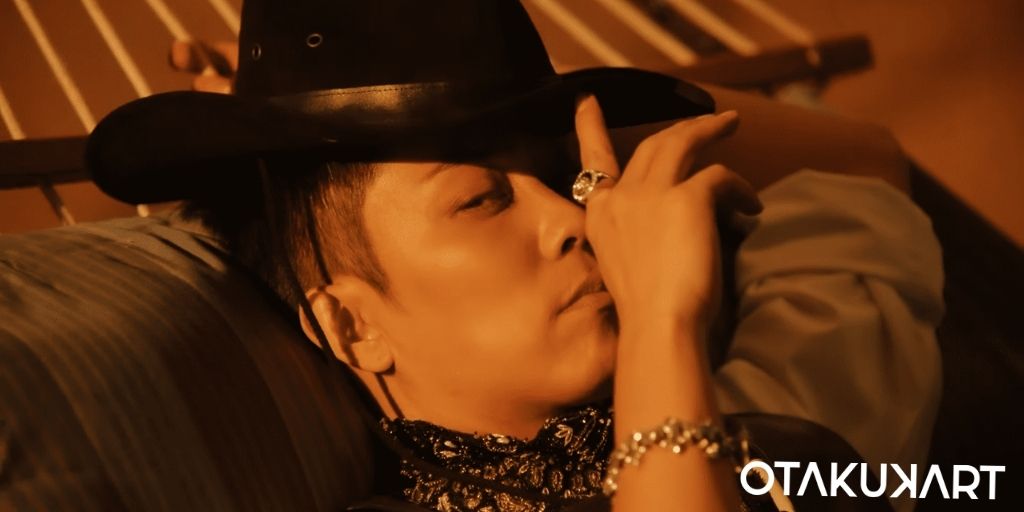 In February of 2021, ‘Sechskies’ released their digital single ‘Don’t Look Back’. It performed quite well, having reached number 1 real-time on Genie and Bugs music charts. Truly, Eun Ji Won’s life as an artist has been a rollercoaster, with him giving it his all, striving ahead of others, and becoming one of Korea’s most valued rappers. 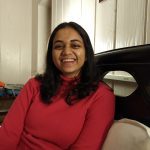