Heeseung has opened up about his growing persona and confidence in his recent interview with the Weverse magazine. The artist has made up a strong public persona and has given out a series of tips for all his fans out there who are struggling with their confidence. He has talked keenly about the issue of self-esteem and his opinion about how one can build the strongest one out there. Fans out there are stacking up the internet with this new release by the idol, and definitely, his words are doing their magic.

Ranging from his public persona to people’s perspectives about him, Heeseung has shed an equal amount of light on everything. It would be right to say that this whole interview session has been one of the boldest ones out there in the K-Pop world. Being an artist and talking about people’s mindset, and building up a strong persona is not a cakewalk. It takes a lot of courage and fand out there are appreciating Heeseung for taking up this step and motivating people out there to step out of their insecurities.

Here, we have summarized all the details from this recent Weverse Magazine interview. Therefore, let’s have a quick look at all the points that the artist has pointed out.

Heeseung Talks About How He Doesn’t Have Any Weakness

In his interview with Weverse Magazine, Heeseung was asked about his confidence build-up. Bringing up the instance from the show “Weekly Idol” the host pointed out that “You gave your strengths as ‘lots and your weakness as ‘none'”. With a proud smile on his face, Heeseung pointed out that he always tells himself that he has no weakness. This helps him in keeping up his confidence level high.

He also mentioned that he prefers to work more on his strengths than to be insecure about his shortcomings. He thinks that this is a very intelligent way to hide them and come up with his best. Explaining further, he mentioned that “mindset” plays a very big role in everything. Due to this concept set in his brain, he was able to successfully overcome a lot of his shortcomings. He labelled this process as the “easiest” and “most effective” when it comes to improving one’s self.

It is clear as daylight that Heeseung has grown a lot in every way. According to the artist, the difference between his past self and the present one is like day and night. Bringing up ENHYPEN’s recent “To Myself 1 Year From Now From 2020” video, the interviewer questioned about his line, “I was really different from how I am now.”

Answering this, Heeseung pointed out that he has indeed changed a lot in this one year. His workload has increased drastically, which has given him a series of anxiety previously. However, his present self is much more confident and trustful than his previous one. Summing it up, he said that his life is in a stable position now. Talking further, he explained that during one of his performances, he realized that he is allowed to let himself feel more confident. And, after that realization, he never turned back. And, now indeed, he has grown into something better, and he is proud of all the improvements that he went through in the past year.

Heeseung About the Hateful & Malicious Comments

Hateful comments are no surprise for any of the K-Pop idols out there. Receiving backlashes from people online is one of the hardest parts of their job. The experience was no different for Heeseung. In the interview, he talked about confronting negative comments as a newly debuted idol.

When asked about his thoughts about his past self, he pointed out that his previous self was “fragile”. As a newly debuted idol, the scrutiny of the media and the negative face of the world was completely new to him. Of course, it is was not easy to handle everything, but he quickly realized that there will always a fair share of people who won’t like him.

Explaining further, he mentioned that the hate that was thrown towards him was, of course intimidating. And that made him understand that he can’t allow himself to be vulnerable to unhappiness and distractions. He understood that at the end of the day, he needs to move on and be more confident towards his work.

ALSO READ: Yeonjun, Changbin, and Wooyoung’s Selfie: The Real Story Behind It 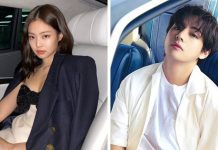