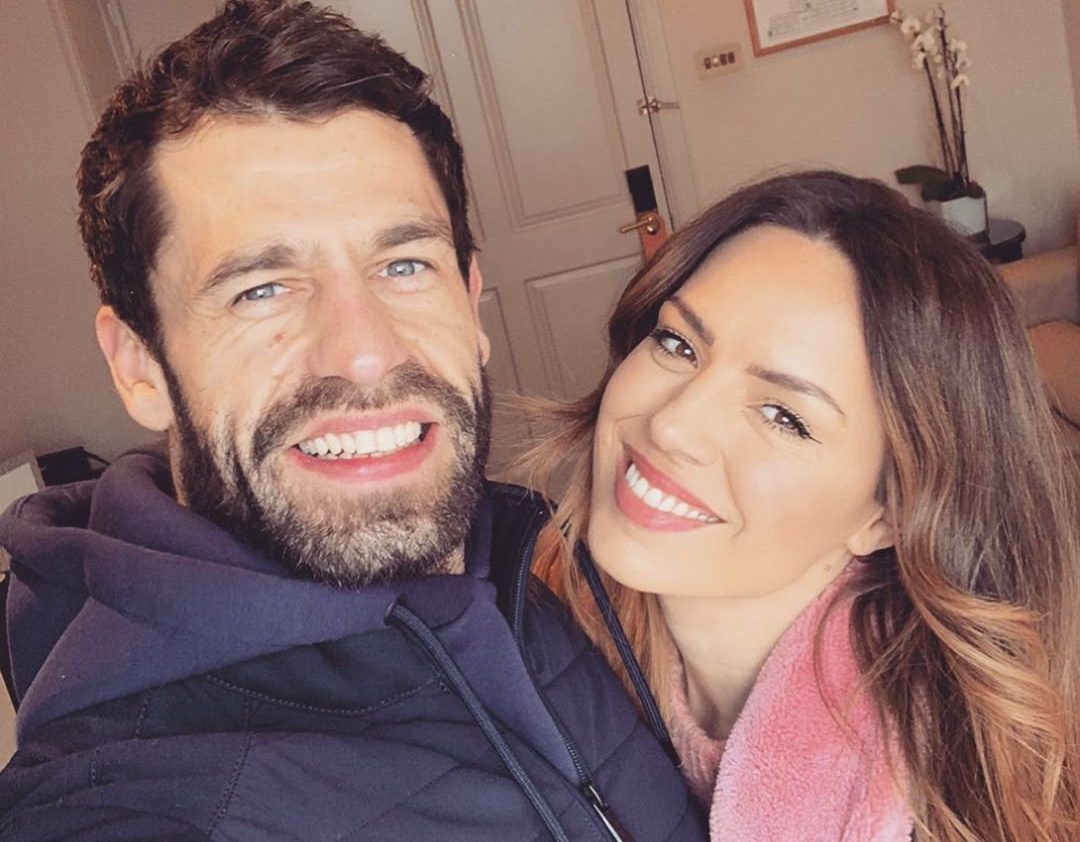 Congratulations are in order as celebrity couple Kelvin and Liz Fletcher are all set to welcome two new additions to the family! Kelvin Fletcher portrayed the role of Andy Sugden on the hit ITV soap Emmerdale for almost two decades! The former Emmerdale actor and his wife have been married for seven years and recently made the big announcement on BBC Breakfast.

The pair were present for the promotion of their upcoming series, Kelvin’s Big Farming Adventure, where they will explore the actor’s farming skills and more. Kelvin went home with the winning trophy of the 2019 series of Strictly alongside professional partner Oti Mabuse. It was a last-minute replacement for an injured Jamie Laing.

Kelvin And Liz Fletcher Are Embracing Their New Life On The Farm!

The happy couple spoke about how their children are exploring their life on the farm. Liz starred in the popular drama series In The Club back in 2016. As the actress revealed, his farm life has been completely different for Marnie and Milo. However, Marnie has adapted the farm life like a pro as she knows all the responsibilities.

The actor left the humdrum of city life in Manchester. Kelvin is now the proud owner of a 120-acre 18th-century farm in the Peak District. Liz admitted that she had her doubts and thought that they were jumping in at the deep end with the new farmers. The series is repeatedly going to run for six episodes. Kelvin also echoed his wife’s feelings and admitted to wondering whether they had taken on too much. However, the actor is confident as he believes that farming has ignited something inside him.

While Kelvin and Liz Fletcher admitted that it surely was a big step ahead, they were ready to embrace something new no matter how challenging it was. The Emmerdale actor explained how life is a case of always being on to the next thing. Kelvin adds that the entire pandemic lockdown was a real pause when one couldn’t help but be present and reflect. Fletcher has a special connection to farm life as his first visit to the countryside was way back when he was a teenager when he was cast in the soap.