Emma Watson, whose birth name is Emma Charlotte Duerre Watson, is a British actress as well as a well-known activist. Emma is making news these days for her private life. People have been looking deep into the net to find out if Emma Watson is Engaged? She was born on April 15 of the year 1990. She is best known for her character, Hermione Granger, who is Harry Potter’s best friend throughout the Harry Potter film franchise. The series Harry Potter is based on the novels of JK Rowling’s Harry Potter.

She is a successful model and has been recognized for her work on women’s rights. In 2015, the famous actress was named one of the 100 Most Influential People in the World by Time Magazine. Prior to Harry Potter, she had made her appearance in the school plays as well as in television adaptations based on the novel Ballet Shoes.

Even in 2008, Emma had voiced for the Tale of Despereaux. Emma is also known for her role in The Perks of Being a Wallflower, where she emerged as a flirtatious and freedom-loving student in 2012. In 2013 she won British Artist of the Year and was recognized by the British Academy of Film and Television Arts. Her most successful film of all time was Beauty and the Beast in 2017, which was a romantic fantasy musical. She is the UN Ambassador for Women Goodwill and has launched many campaigns for women working for gender equality. She is the founder of Time’s Up the UK and the G7 advisory body on women’s rights. Emma even consults with prominent politicians on foreign policy. She has also had many modeling works, including Burberry and Lancome.

Well, the famous actress Emma Watson has yet to announce her engagement. However, it was rumored on May 13, 2021, that Emma Watson got engaged to Leo Robinton, her boyfriend of over a year after the two were photographed together. Watson has spoken out against the publication’s reports, specifically saying she is not currently engaged. Emma and Leo Robinton have been together since the year 2019. 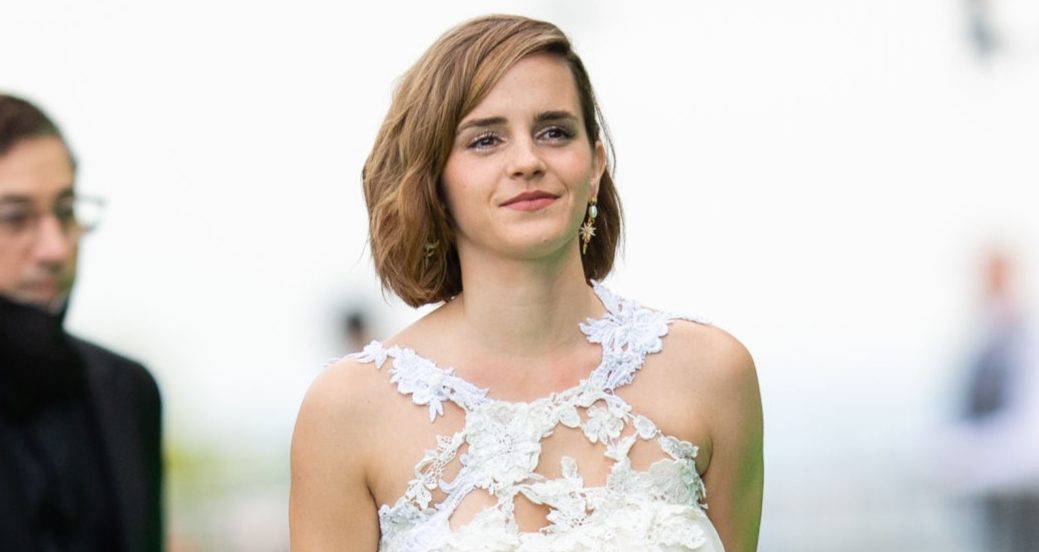 The two were sighted kissing outside a bakery in London. In April 2020, it was proclaimed that the two were “very serious” regarding their relationship, adding that the businessman had even met with Emma’s parents. Leo Robinton is a famous American businessman based in Los Angeles. His full name is Leo Alexander Robinton. Prior to meeting Emma, ​​he worked for a company that was involved in legal marijuana. He gave up this job in June 2019. He comes from a large family. Emma Watson’s boyfriend, like her girlfriend, seems to advocate gender equality and empowerment.

Emma and Jay, who is a British financier, dated between 2008 and 2009. They separated due to a long-distance relationship. That is, Emma was studying at Brown University in the US at the time, while Jay lived in the UK.

Emma and Rafael, who is a Spanish musician and actor, had dated between late 2009 and 2010 after meeting at Brown. They were first seen together in November of the year 2009 on a hockey game between the New York Rangers and the Florida Panthers, which was held in New York.

Emma and Johnny, the American actor, who co-starred with the actress in The Perks of Being a Wallflower, had dated for a short time in the year 2011, a year before the film’s release. The two were spotted kissing outside a Santa Monica restaurant in August of that year.

Will, a fellow student, and Emma met while visiting Oxford University in the UK. They had dated between late 2011 and 2013. In the year 2012, they were spotted kissing at the Coachella Valley Music and Arts Festival. A spokesperson of the actress confirmed in 2014 that they were no longer together.

Emma and Matthew, who is a fellow Oxford student and rugby player, had dated for almost a year in 2014. In September 2015, they separated, and Emma revealed that she had to spend a week on retreat trying to figure out how to be single.

William, a tech entrepreneur working in Silicon Valley, dated Emma between 2015 and 2017 and kept the relationship a secret.

Emma and Accord, the American actor best known for his role in Glee, had dated for about six months in the year 2018. The two were spotted together several times during their courtship in Los Angeles, holding hands and attending concerts together.

Emma Watson’s net worth is estimated to be around $85 million as of 2021. The source of her wealth is her work as an actress and model. She also makes millions of dollars from brand endorsement with companies such as Dolce & Gabbana, Burberry, Calvin Klein, and Lancome. She made $70 million for the Harry Potter franchise and $15 million for Beauty and the Beast. In addition, she generates $5 to 10 million per year from endorsing brands. At the elevation of her Harry Potter career, Watson was making $15-20 million a year just from acting. In 2009, she was listed in sixth place on Forbes’ list of Most Valuable Young Stars, and the following year she was named Hollywood’s Highest-Paid Female Star.

Also Read: Who Is Vinetria? Is She Kanye West’s New Girlfriend?