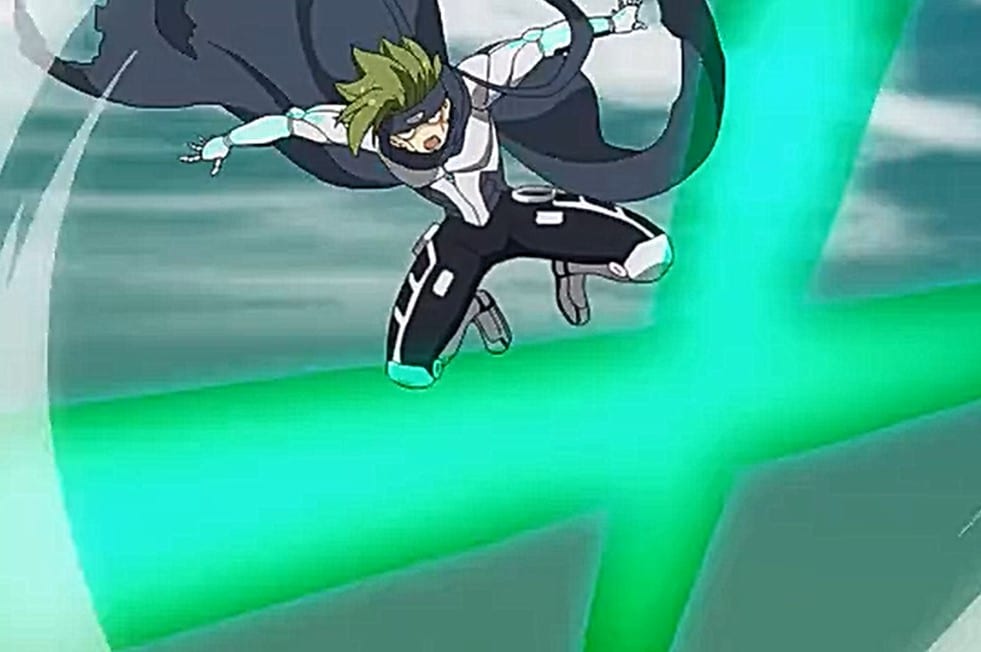 After learning that Rebecca’s life is in danger, Shiki confronts the villain that is after Rebecca. The villain’s name is Jin, who brawls with Shiki. During the clash, Jin attacks Shiki with flying fists that get dislocated and located to his arm. Shiki managed to dodge those attacks using Ether Gear by jumping. Finally, jin unleashes Windstorm Slash that cracks the ground and destroys the cars near them. Shiki comments that Ninjas are awesome after seeing Jin’s attacks. Jinn said that if Shiki wishes to challenge him, he will find him on Guilst.

Meanwhile, Happy realizes that they arrived in the Guild Master’s room, and this weird guy attacked them. She told Shiki that Rebecca and the Guild Master are gone. Later after Jin has disappeared, Shiki heard the news reporters announcing that multiple kidnappings get reported in the Blue Garden’s City of Eternal. Shiki thinks that the kidnappers are taking the victims to Guilst. Shiki says that they are heading back to Edens Zero. Christy heard Shiki talking about the Edens Zero.

Rebecca wakes up inside an airship and finds that she is chained. Rebecca looks around the room and finds that she is not alone. The girls inside the room are trying to free themselves from the chains. Rebecca saw Couchpo, Icchi, Naru, Coupa, and Milon. Rebecca wonders why all the B-Cubers are inside this room. Suddenly a door gets automatically opened, and Rebecca saw three shadows. Jin appears with two other men who comment the girls belong to ”Sister-sama.” Rebecca realizes that she knows ”Sister-sama.”

Meanwhile, at Edens Zero ship, Witch Regre controls the boat and announces that their destination is Planet Guilst. Shiki talked about Rebecca and the incidents that he heard from the news channel. The Edens Zero launches at full speed before Shiki finished what he wanted to say. On the other side, Rebecca notices that Happy and the Guild Master are not inside the ship. Ganoff smiles, looking at the girls trembling with fear. Rebecca asks Ganoff to explain why the girls get captured inside this room. 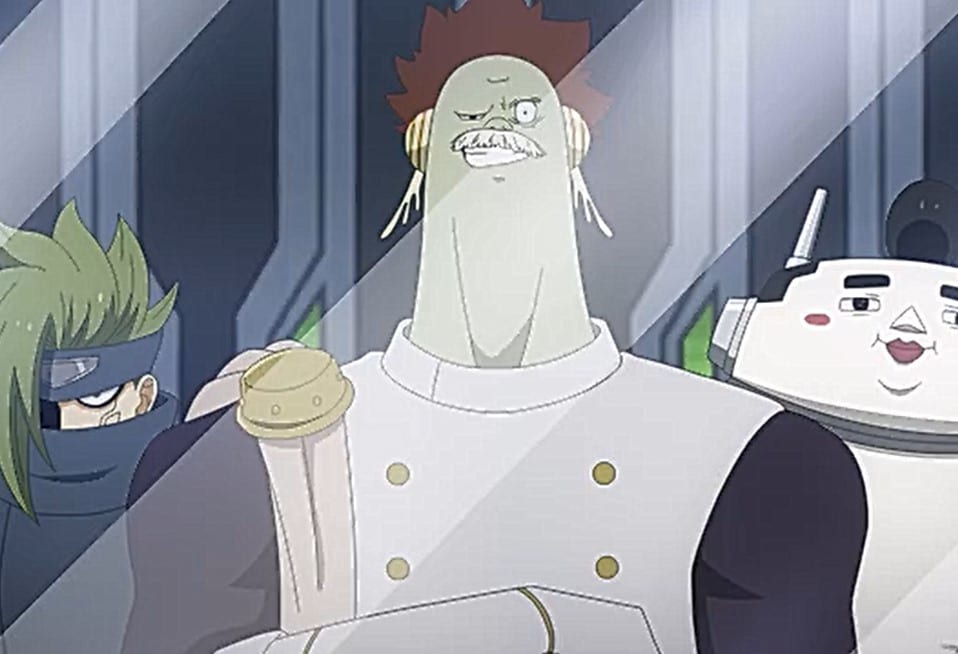 Ganoff replies that everyone inside the room is Sister’s property. Ganoff is a member of Mercenary Squad Rogue Out. The second guy is Mosco, and the third guy is Jin. Mosco comments that they are the ”Master Sister’s Knights” of the Mercenary Squad Rogue Out group. One of the girls realizes that Rogue Out is the group involved in a lot of illegal stuff. Rebecca wonders if Sister is one of the Demon King’s Four Shining Stars. Rebecca wonders if the members of Demon King’s Four Shining Stars are bad people.

Ganoff told the girls that they were all heading to Guilst and sold off to Illega, and it is good for them since they are doing their jobs. The second girl shouts that Guilst is a planet full of criminals. The B-Cuber girls scream that they want to go back home. Ganoff gets annoyed after hearing that the girls are crying, and he enters the room. Rebecca stops Ganoff, who said he hates noise and wanted to beat the girls. Rebecca told Ganoff to leave the girls, and they will stop crying. Ganoff reveals the electronic bind around Rebecca.

He shows the girls an app that he can use to control the bind if they are crying. Ganoff pressed the button, and Rebecca gets electrified. The girls realize that they have to cooperate or they will suffer the same fate as Rebecca. Rebbeca acts tough and said she would get many viewers after seeing that Ganoff and his men torture the girls. Jin told Ganoff to leave the girls since they are unique vessels to Sister. Ganoff teases Jin that he is acting pretty and mighty, but he failed to kidnap one girl.

Jin replies that someone interfered, and that guy is a Gravity Ether user. Rebecca believes that the Gravity Ether Gear user is Shiki. The trio left the room and locked the girls inside. Meanwhile, Shiki and his friends are on their way to save the girls.

Edens Zero Episode 10 release date is 13 June, at 12:55 AM JST. You can watch Edens Zero online on Netflix.