New manga series announcements will never stop being an exciting piece of news. Popular mangaka Yoshitaka Ushui produced the Dream Eater Merry manga back in 2008. The manga ran for twelve years before concluding in 2020 and compiled all its chapters in 24 volumes. In 2011, the same inspired an anime adaptation that cast the voices of Ayane Sakura and Nobuhiko Okamoto. After the anime ended, the manga continued, and its final volume was compiled in the December of 2020. Now, Yoshitaka Ushui made another announcement regarding his new work in progress.

Dream Eater Merry was a supernatural manga with a unique touch to it. In the manga, we come across a boy who can see other people’s dreams and a lost dream demon. The story takes us further into the lines of fantasy and magic as we dive deep into it. Of course, it was not specifically a genius manga, but it was also very enjoyable. The anime was developed by JC Staff as Shigeyasu Yamauchi directed it. Seeing Yoshitaka Ushiki’s previous work makes us wonder how his next manga would steer. Would it be another fantasy manga, or will it walk the path of some other genre?

Curious about his new manga? Here is everything we know about Yoshitaka Ushiki’s upcoming work and where it will be available.

Yoshitaka Ushiki is a popular Japanese manga writer. He was born on May 26, 1980, in Joetsu City, Niigata Prefecture. Ushiki currently lives in his hometown. Back in his hometown, he was engaged in agriculture. However, he took up his interest in illustrations and manga writing and proceeded to work as a manga writer and illustrator. His most notable work is Dream Eater Merry, but he has also worked for the Toho Project as the author of the Embodiment of  Scarlet Devil. In May 2014, he was also hospitalized over some health issues.

As an illustrator, he has worked on many illustrations and paintings. Some of his popular illustrations include the Toku Made Yaru series from Ryūsui Seiryōin works and Sword World RPG xS. He continues to illustrate characters and other designs for different animation and visuals. His manga, Dream Eater Merry, was published by Houbunsha in the Manga Time Kirara Forward. The manga is currently available on different shopping websites for purchasing. You can log into Amazon and purchase any or all of the 24 volumes of Dream Eater Merry.

The anime and the manga had a mixed reaction from fans. While many felt it was enjoyable and a good watch, the others disagreed and called it rather forced. From a personal point of view, it felt refreshing, even if it was not exactly groundbreaking. I find Yoshitaka Ushiki’s imagination very wide, and that is, of course, a great quality in any fantasy writer. This further makes us more curious about whatever new story he is building this time. So far, very little is know about it, but from what we know, it seems like the kind of manga I would like to try and read on a sunny afternoon with a hot cup of coffee. 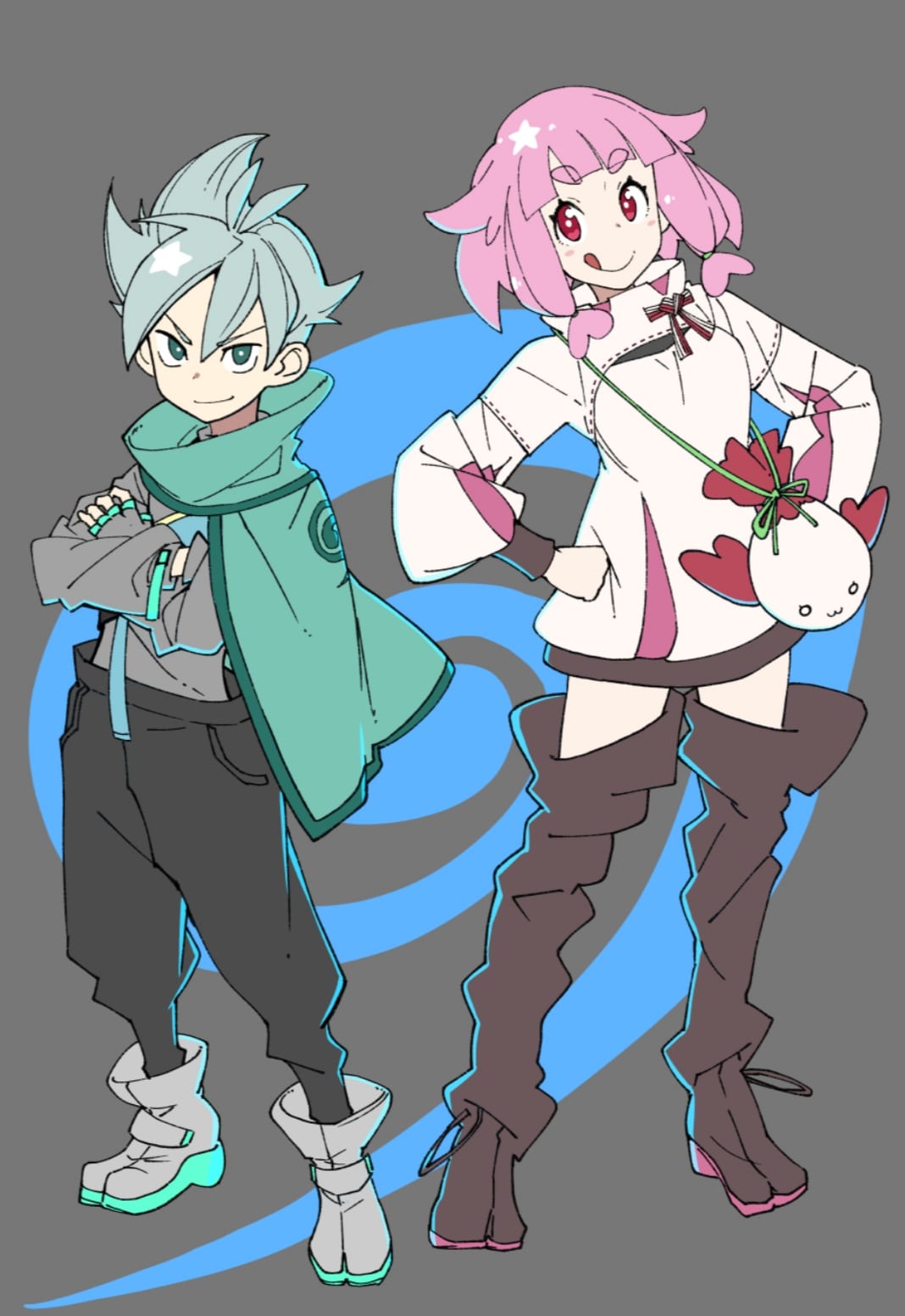 New Illustrations of Oikaze no Jin updated by Yoshitaka Ushiki.

On July 23, 2021, Manga Time Kirara Forward took to Twitter to announce that Yoshitaka Ushiki launches a new manga. The manga will be titled ‘Oikaze no Jin (追風のジン)’ which can be translated to ‘Jin The Tailwind’. It will be published by Houbunsha and serialized fin the Manga Time Kirara Forward magazine starting from the Kirara Forward September issue. Meaning, the manga’s release date is 21 July 2021. The same day, Yoshitaka Ushiki uploaded some illustrations of the manga on his official Twitter account.

Upcoming manga, Oikaze no Jin’s featured tagline is: ‘When the wind blows, the adventure begins’. The manga is about a delivery shop boy and an energetic girl. Translated and international releases of the manga will not be available immediately so fans overseas will need to wait to read any progress.