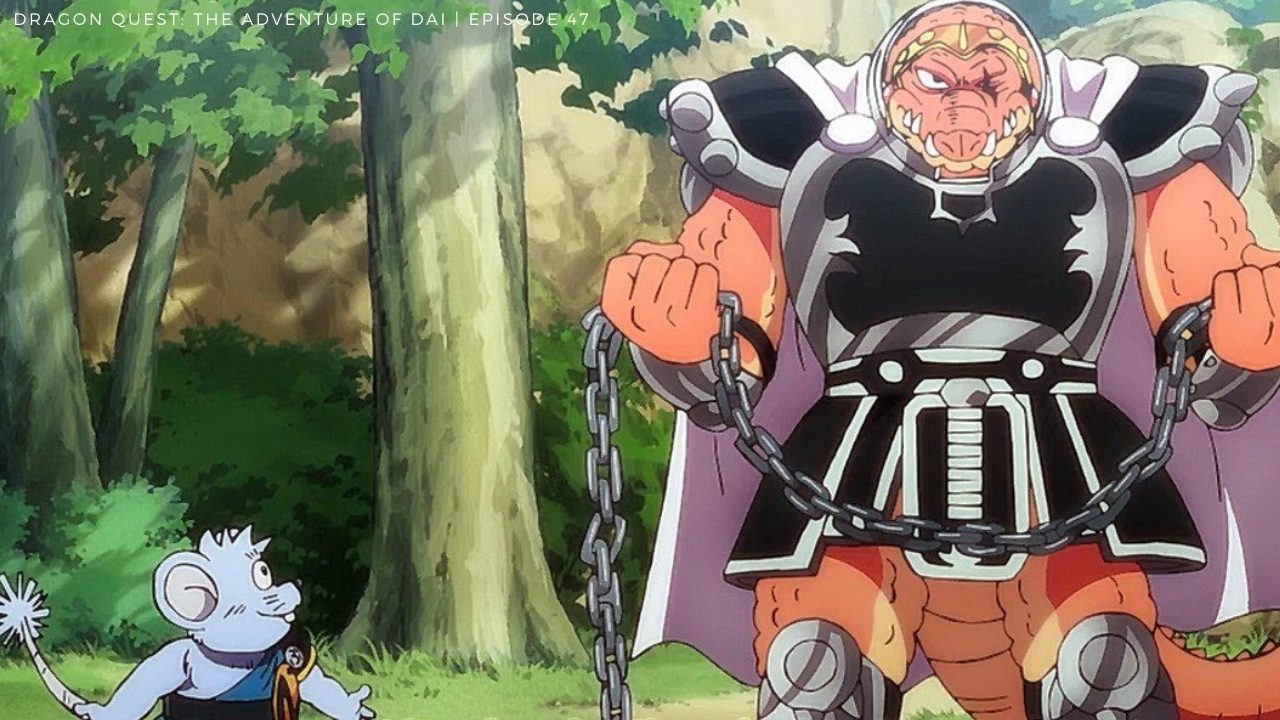 The adventures of Dai begin with Dragon Quest: The Adventure of Dai Episode 47, with Dai recovering from injuries after an intense battle. This episode will be released this weekend. In the recent episode of Dragon Quest: The Adventure of Dai, the Hero Party is getting treatment at the castle. Popp and Leon arrives and reveals that they are coming from the meeting, and the showdown is in five days. Leona adds that it is a collaborative effort between countries, and it took a while. They will be gathering at the Carl Kingdom, South of the field of Death.

Leona reveals that they are using ruins as a cover to build a base. Popp comments that their group will head out the day before.
For the next four days, Popp will be staying at his mentor’s place. But he has decided to take Maam, Crocodine, and Chiu since they are all training. The two left the building and told Dai and Hyunckle to rest and heal up. The royals arrive at Dai and Huckle’s room and notice that the two have left the building. They realize that the showdown date is set, the Disciple of Avan has all left.

The royals are worried that Dai and Hyunckle are not fully recovered. They wonder why Dai always rushes into a battle in that condition. It is like Dai is a curse to keep fighting. One of the royals said Dai is the only one who can save the world. All they can do is support them to ease their burden. The two arrive at Lon’s place, and Lon told them his weapons could recover from this sort of damage without getting forged again. Lon told the two that he could fix their damaged weapons.

Previously on Dragon Quest: The Adventure of Dai Episode 46

Dai notice that Lon is in a good mood, and if not, he might have scolded them for destroying precious weapons. Lon got up and told the two that it is time for them to learn if they think the Sword of Champions beat them because it is made of Orichalcum.

Then he will knock some sense into them. Lon adds that he wants to teach them how to fight using the Greatest Sword in the world.
He told Dai and Hyunckle to fight at their best and level up. Dai and Hyunckle accepted the challenge and had two-on-one training combat; Lon dominated the two. 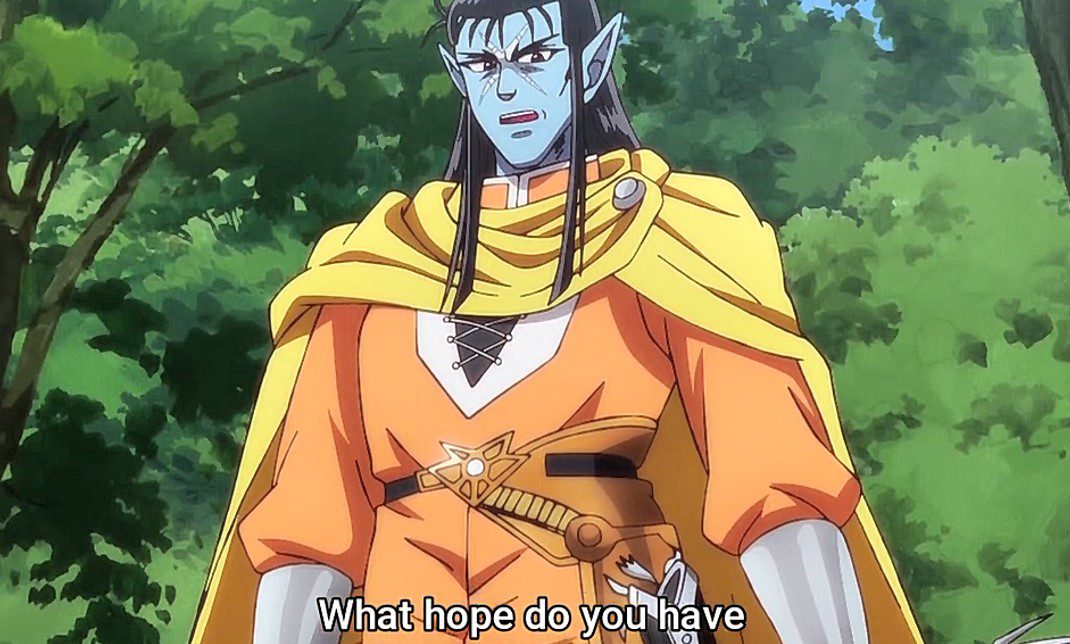 Chui and the others visited the Valge Whirlpool, and Crocodine told Chiu to help him with training. Popp met with his mentor and talked about an Orichalcum Superbeing Army. Martoriv adds that those guys are bad news, but it is not their strength that is bad news. But their minds since they use the Forbidden Magic of giving life to inanimate materials. Martoriv explains how those guys use Forbidden Magic. Flazzard was created back when Hadlar was obsessed with power, and he was a violent guy who cared only for glory.

Martoriv also said that if the Royal Guard cares about the fair fight, then it means Hadlar has grown as a warrior. Popp wonders if the members of the Royal Guard created by Hadlar are stronger than Flazzard. Martoriv adds that they are not only strong by they have great teamwork. Martoriv went outside with Popp to teach him new techniques. The Hero Party trained day and night, preparing for the upcoming combat. At the Dark Army Territory, they talked about assassinating the Disciples of Avan. But Killvearn the Ripper decided to eliminate the sleeping Dragon.

Where To Watch Dragon Quest: The Adventure of Dai Episode 47