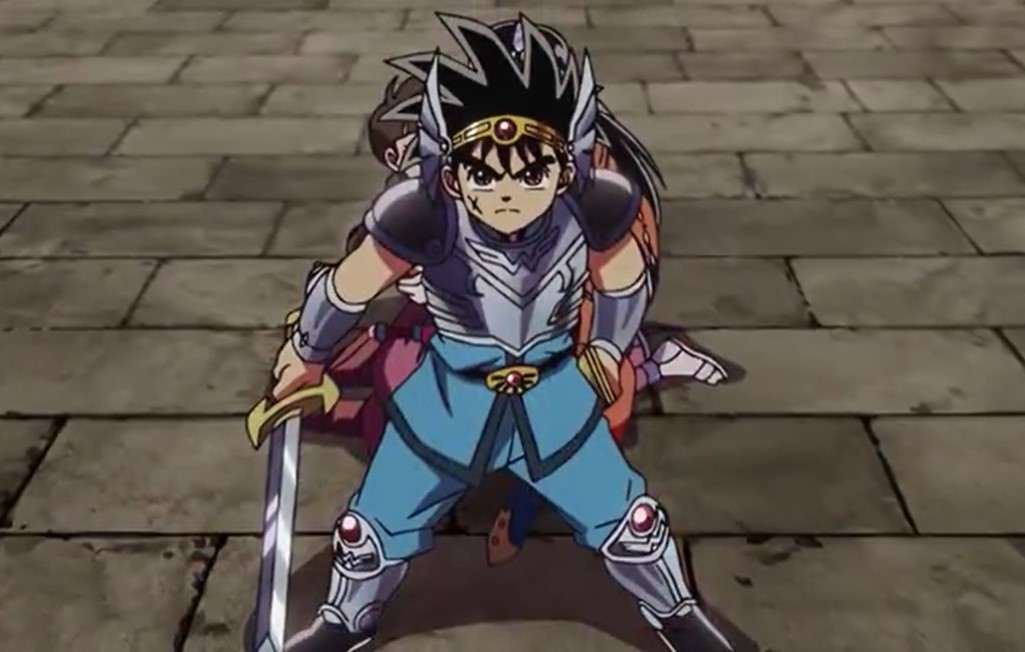 Two of the royals told Princess Leona that they want to join Dai’s party. They saw that they have much to learn after the last battle with the Dark Army. Amy gets inside the room and comments that it is her role. Appolo said he has to be the one joining Dai’s crew. Leona told the three to stop arguing since they have the duty to protect Papnica.

Leons said she is the one who will have to go with Dai. The trio can’t believe that the princess is leaving the kingdom. Buduck asks Leona what she is saying, and she said it was nothing. He realizes that Leona might try to run away, and Dai arrives, asking Leona to come. They both head to another room to talk there.

Dragon Quest: The Adventure of Dai Episode 23 will release on Saturday, 13 March 2021, at 9:30 AM JST on Crunchyroll. Dragon Quest’s upcoming episode updates will be available on Saturday. Take a look at the following.

Previously on Dragon Quest: The Adventure of Dai Episode 22

Inside the room, Dai told Leona about the new weapon. He reveals that the Steel Broadsword is on its last legs. Leona suggests that they can go to the Berngarna Kingdom has a department store. Dai asks what that is, and Loena said it’s a huge building filled with stores. Leona asks Dai if he wants to go, and he agrees. Meanwhile, Popp is still busy with his training with Matoriv. Matoriv notices that Popp has drawn a Dragon Crest without seeing it.

Matoriv wonders if Dai is the Dragon Knight, and he thinks Avan’s student is far more than he knew. Popp asks Matoriv if he knows the mark that shows on Dai’s forehead. Matoriv avoids the questions and asks if Popp is heading out with Dai. Popp comments that his training is not finished. Martoriv gives Popp Sorcerer Cape and Shining Staff he uses when he was young. He told him it is a gift for him. 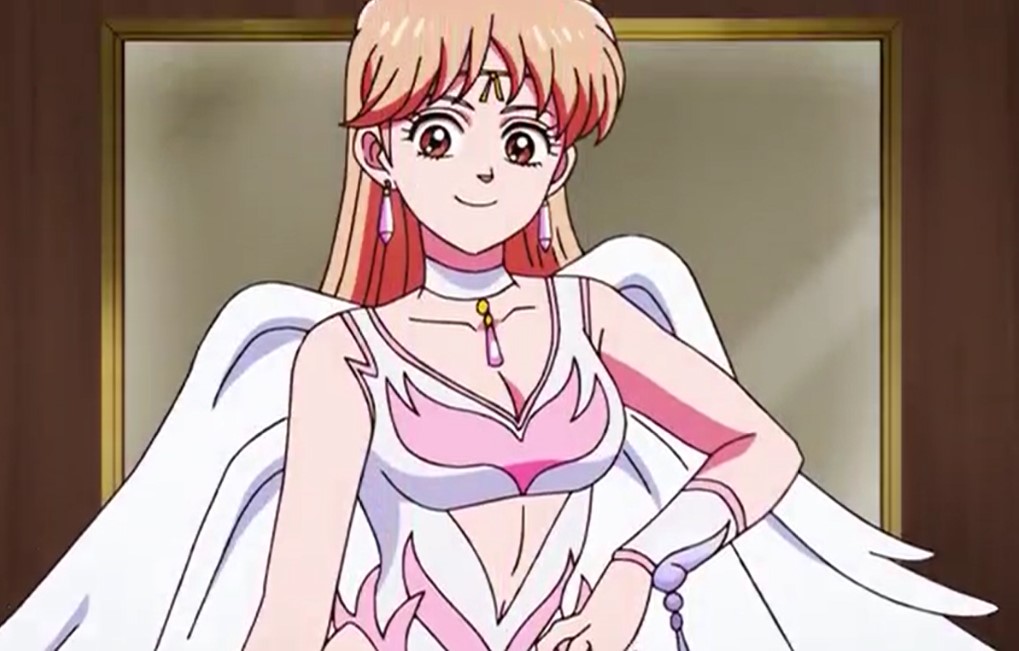 Martoriv told Popp to be always around Dai, and he knows that the Dark Army is after Dai’s Dragon Knight. He also told Popp that Dai would hit a wall soon, not as a Hero, but as a human. He must make sure to support Dai. Amy and the other notice that there is an emergency on the rooftop. They head there and find that the guards are asleep from the Snooze Spell. Amy notice that Leona is with Dai inside the balloon; they are heading somewhere.

Leona apologized and told them that they would be back soon. Buduck realizes that Leona always does this; when he turns his back, she sneaks out of the palace. Apollo comments that that is now worries since the Princess is with Dai. Dai told Leona that they should have invited Popp. Leona said Popp is not realizable since he runs away from the battle. Popp was holding on to the rope of the ballon listening to the two.

He appears in front of them, and Leona said she said that because she wanted to be with Dai alone. They arrive at the Berngarna Kingdom, and Leona said it is the safest country in the world. It has an advanced military and industry; it’s kept the Drak Army at bay using its abundance of weapons and resources. They land on the ground and ride a horse cart. Dai is glad that Leona is enjoying herself like a normal human, not as a princess. 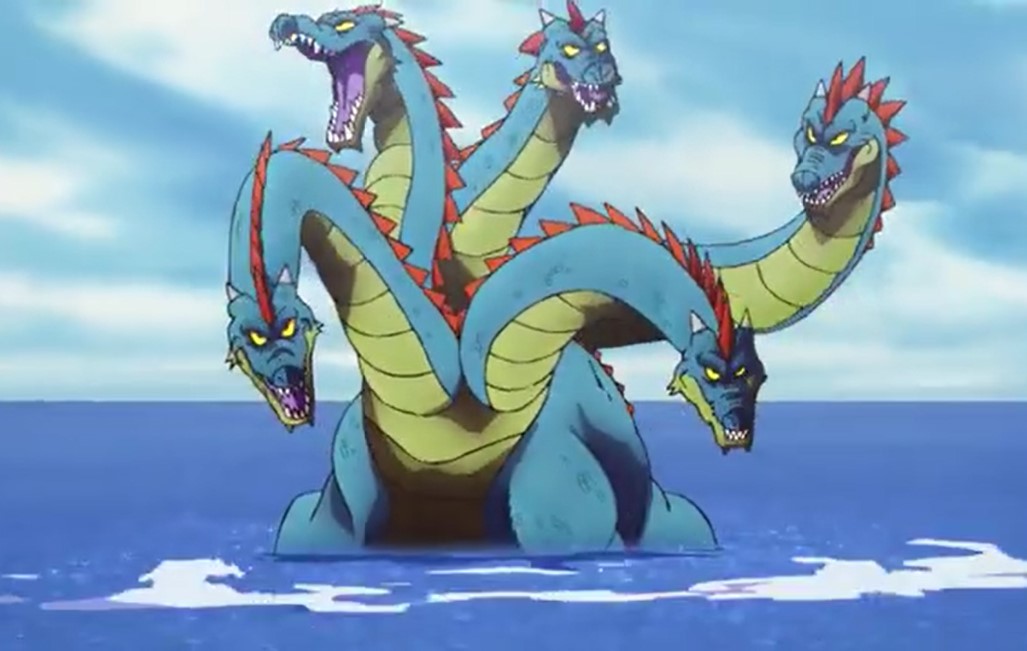 They both headed to the department store to look for their weapons. Dai is surprised when they entered an elevator and asked why this room is empty. When the elevator door closes, Popp comments that they are traped. The elevator started moving, and Popp said the room is falling. Leona told them to calm down; they are inside the elevator, and it takes them to each floor. They head to the ground floor and enjoy eating slimes.

Dai asks if it is safe to eat them. Leona said that it is a snack shaped like slime. Popp won a medal that was inside the slime. One of the citizens notices a belt around Popp’s waist. He asks him to sell it for 500 gold, and Popp wanted to sell it. Popp is not aware that it is a special belt from Matoriv. He tries to remove it, but it is locked with his waist.

The guy comments that it is a curse since it is not coming out. They head to the dressing room. Leona tried different Sage dresses, and Popp thinks it is weird. Suddenly Hydra, the five-headed dragon, appears near the sea. The knights tried to fight with it, but their attacks won’t work. Dai and the others head to the battlefield and attack with Wave Slash. He saves the lady and the children. The battle continues.

Read Dragon Quest: The Adventure of Dai Episode 22. Don’t miss the next one Dai will be unleashing the true power of Dragon Knight.