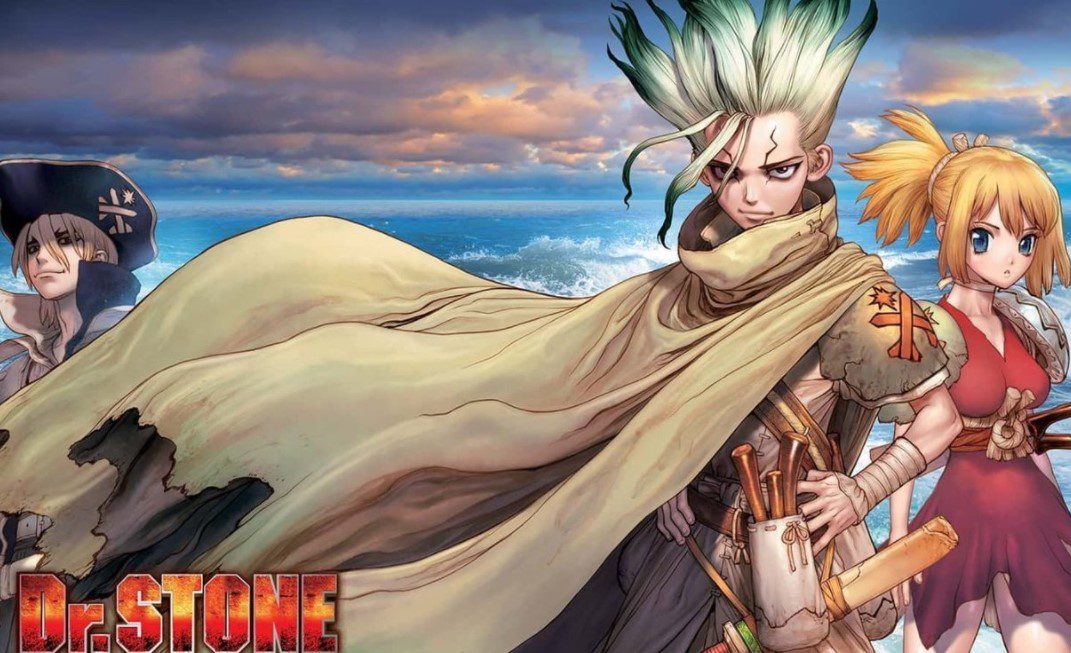 World tour for resources begins with Dr. Stone Chapter 212 with the science Kingdom crew gathering resources worldwide. The trip to the moon continues in Dr. Stone’s latest chapter. From the latest Dr. Stone Chapter, the unit reveals that their next stop is Indonesia, where they will collect all materials they need to build a rocket. Senku’s team is glad they have arrived in a forest that has a lot of rubber trees. They begin to collect the water from the rubber trees for their next science project. Later the crew realizes that they have found Rubber City. They have also traveled to Corn City, Fluorite, Math, Aluminum, Superalloy, and Rubber City.

Ryusui thinks that the grand adventure that took ten years is about to end. Kohaku talked about returning to Japan and reunite with everyone. Ukyo believes that it will be the first time in human history where the world will reunite. Chrome is excited that they will be united and realizes that he has to craft a round-trip rocket. That will be the path to share a victory why-man. Senku suggests reviving people to help them build the rocket in Japan.

Kohaku realizes that she will meet with Ruri and the rest of the villagers, and she can’t wait to tell them the good news. Ryusui talked about souvenirs, and Senku thinks that it is a good idea. The crew talked about all the good stuff they enjoy around the islands and things that motivate them to revive everyone. Chelsea adds that they can try giving people new food to inspired them. Kohaku replies that Chelsea desires tasty meals. Ryusui comments that he desires that, too. Francoise asks them about Japan’s cuisine. 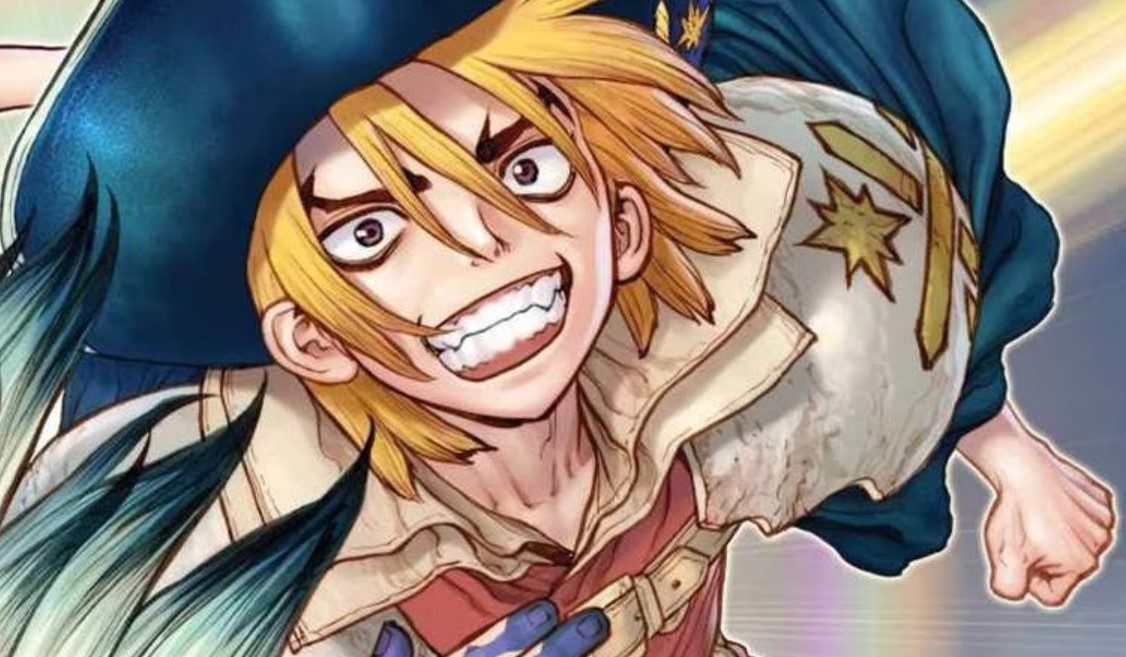 The crew told Francoise that Japan’s comfort food is rice. Ryusui and his team went out to collect rice. Francoise comments that rice gets harvested in April after the rainy season, which is the time of the year for them to do it. Sai, Chrome, and Suika are working on a math project. Kaseki is crafting something that Senku told him to do. They managed to build a machine that helped them replanting rice crops. Gen thought that they wait for the next year to plant rice crops.

Senku replies that there is no ten billion percent to do that since there is no winter in this region. Gen realizes that it is because the area is so close to the equator. Kohaku wonders how this place escapes winter. Senku told the two that they could plant rice crops three times a year and make a good harvest. Ryusui thinks that every harvest will be left the soil less fertile, but if they meet with top-notch fertilizer, things will work in their favor. Francoise comments that desire is noble, like always. Senku replies that they have to thank the power of science. Ukyo and his team are working on a Pink Rock project and said they pick them from Naru Island.

They mix wood ash, Nitric Acid, and phosphorite to complete their experiment. Later the crew acquired rice using the machine that Kaseki created. Senku and his group are glad that the rice resembles the one in Japan. The Science Kingdom crew enjoys eating rice. Senku and Ukyo talked about the past and said it was time to return where their journey began back to Japan. The team will arrive in Japan after two days, and they have set off. 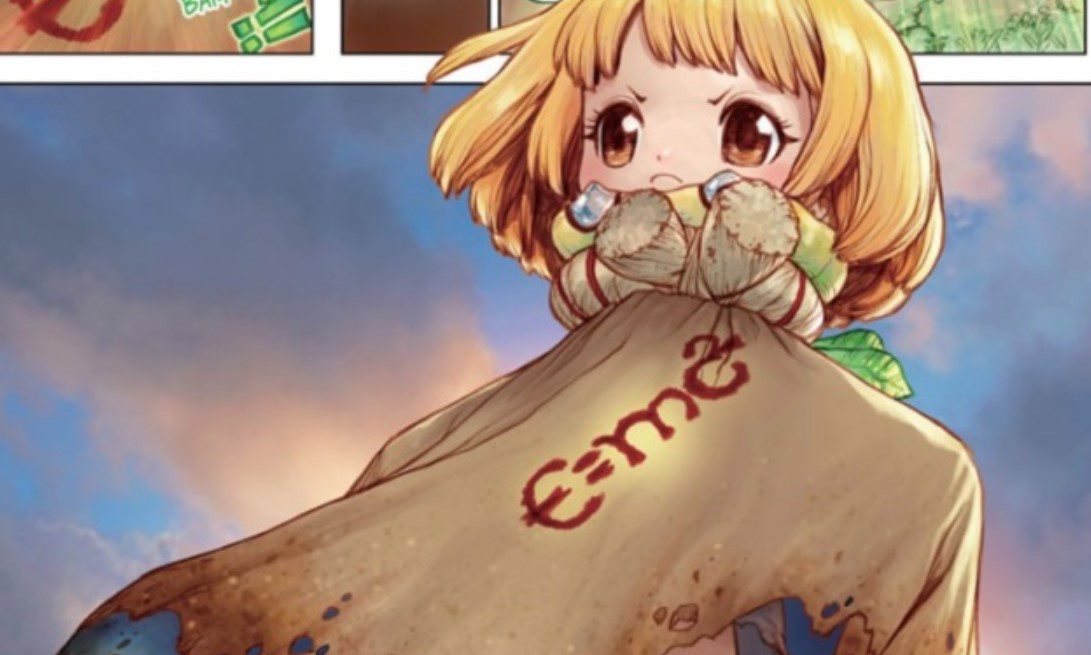 Dr. Stone Chapter 212 will be released on 26 September 2021. You can read Dr. Stone Chapter 212 online officially on VIZ and Mangashueisha. On Friday, Dr. Stone delayed the recent chapter released on those official platforms, but the manga returned to its Sunday schedule. The trip to Japan began as the scientists crafted different objects, preparing their journey to the moon. The manga will take a break after releasing few chapters. That is what Dr. Stone has to offer. The upcoming chapter Dr. Stone Chapter will release this coming Sunday.