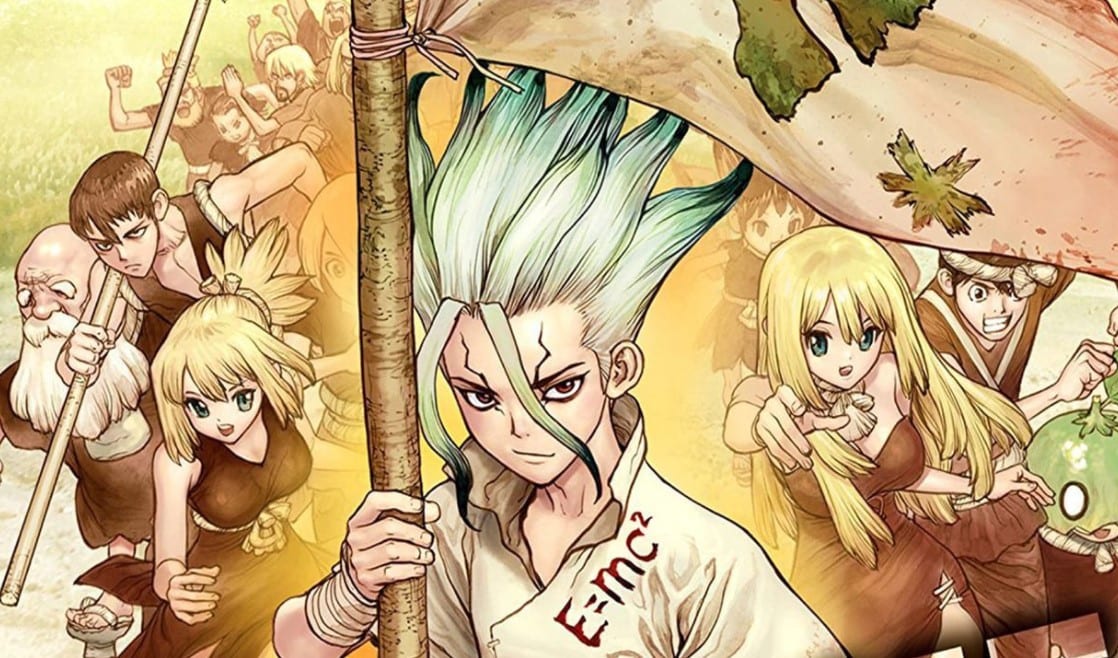 Dr. Stone continues with everyone in the Stone World turned into a stone statue. It was a long battle before Senku and the Science Kingdom claim their victory using science. The chapter is titled Homo Sapiens Alone. Earlier before everyone got turned into a stone statue. Stanley realizes that if he doesn’t do anything about the battle, the defeat will be assured. She thinks that he can ruin everything by shooting the bottle, and Senku’s friend won’t be able to revive each other and claim victory after being petrified.

Stan comments that humanity will be finished if the revival fluid gets lost. Stan thinks about what he should do between shooting the bottle or leave it, and he will see the aftermath. But he can get the victory by shooting, and humanity will be doomed. Simultaneously, Dr. Xeno talks about his past and the memories he has shared with Senku. He realizes that their Duo was the best scientist duo ever happened in the universe. He reminds Senku that they were the rulers of this world using the power of science.

Xeno, something happened that made them part ways, and he wonders what went wrong. Senku said that in the past ten years and now, he never was interested in taking over the world and rule over everyone. Senku comments that he follows what makes his people happy and sticks to the truth. Ryusui is lying nearby and realizes that Senku is a true leader. Senku told Xeno that the world that has a future makes him happy. But Xeno and his crew are greedy, and Xeno lights a cig and realizes that Senku has won this battle.

Suddenly Dr. Xeno got struck by a ray of light and turns into a stone statue. Dr. Xeno’s last words where the Kid has won the war. On the other side, Kohaku’s father orders the crew to crouch down before the light struck them. He told them crouching will protect the statues not to be crushed while being petrified. A huge light hits the earth, and everyone turns into a stone, including animals and other living creatures. Only Stan knows what happed to his plan of destroying the bottle.

However, one of the humans inside the stone statues knew that humanity would be revived a week or after a year. After few days, a sound system that was installed before the petrification of the world produced jaguar roars into the sound system that was installed years ago. The sound started to weaken the rival fluid bottle, and lightning thunder strikes the revival fluid from a distance. The amplification of the sound caused the bottle to break, and Suika is revived and got freed from the petrification. 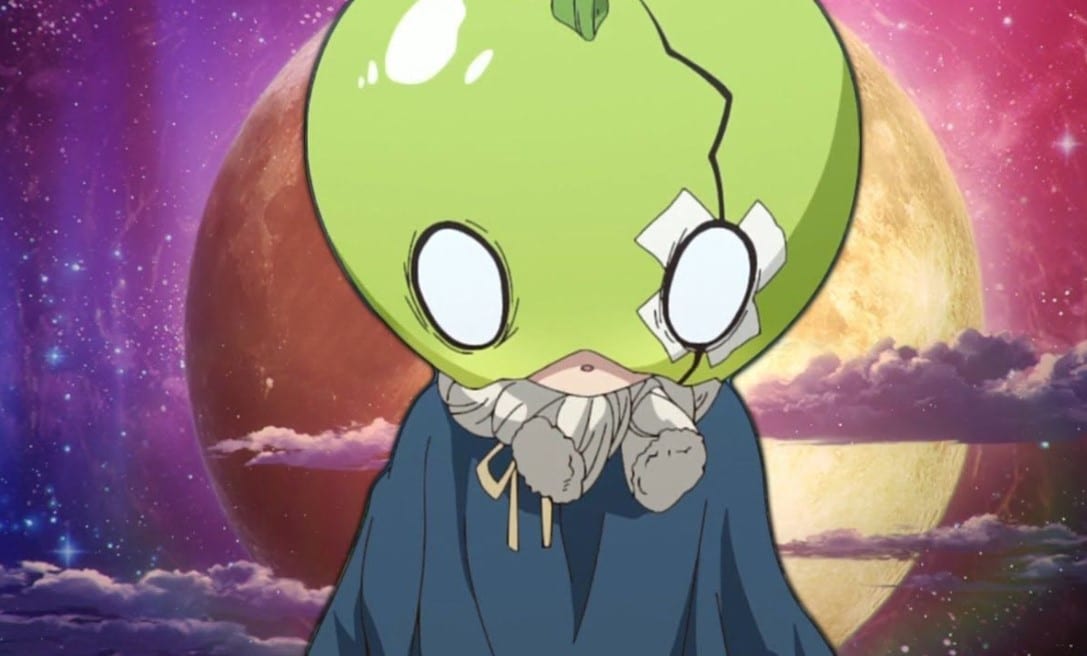 Suika realizes that she must look for Senku first, and she finds that she is the only one who has been revived. She manages to find and remembers what Senku told her before they got turned into a stone. She realizes that she must play an important role that Senku ordered her. Suika gets excited, realizing that Senku will praise her that she had done a great job when she finished her role. She thinks that everyone will tell her that she was able to do her job.

Suika feels her stomach is grumbling, and she has no food left to eat. She begins to worry that she will die alone, and she begins to shed tears.  She asks for the crew to wake up and asks the stone statue of Senku to tell her what she must do. Suika gets shuttered, wondering what she would do in this world alone. She realizes that the day Senku revives everyone, he was alone, and he manages to survive. Suika comments that “I am a human being!”

Suika gathered confidence and decided to search for everyone since she is the only hope. She realizes that one of the Stone Statues might have a revival fluid that she can use. Suika arrives at the tower and encounters a group of curious primates. They ask each other, “What is that strange monkey?” Suika replies that she forgets to introduce herself and said she Suika a human being. Later she acquires, food, clothing, and shelter.

Dr. Stone Chapter 195 Release Date and Where To Read Online?

Dr. Stone Chapter 195 will release on Sunday, 2 May 2021. Dr. Stone will continue next Sunday. Find out how Senku’s plan was carried out by reading Dr. Stone, Chapter 194. Chapter 194 is released on Sunday. Dr. Stone is available on  VIZ Media and Shueisha’s Manga to read Dr. Stone for free.