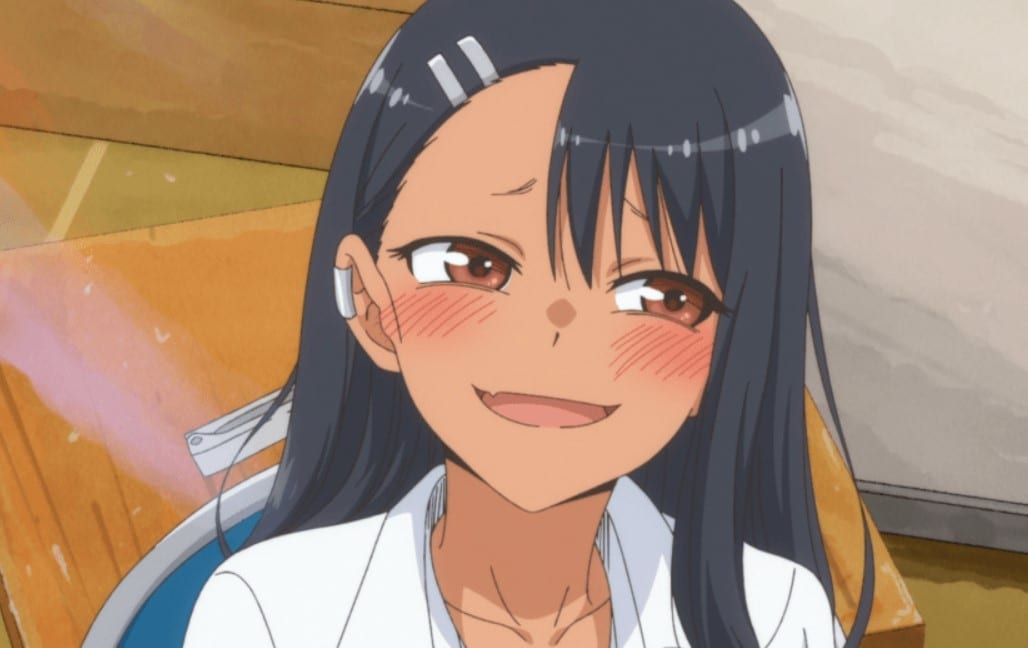 The next day after suffering from Nagatoro’s friend’s humiliation, Senpai continues with his drawings. He pretends like he couldn’t see Nagatoro as she enters the art room. Nagatoro tried all the tricks in her book, but Senpai ignores her. She comments that Senpai is gross, but he didn’t react. Nagatoro’s friend who toyed with Senpai when Nagatoro was not present arrives. The one with big chest comments that Senpai is not gross. They pushed Nagatoro away, and the big chest girl calls him Paisen.

Previously on Don’t Toy With Me, Miss Nagatoro Episode 5

Nagatoro can’t believe that Senpai is with two girls and he is not even resting. Even when they touch him, he doesn’t run away. After they have left, she screams, thinking that she is dreaming. Senpai asks her why she is screaming, and she realizes that it was a dream that almost came to reality. Nagatoro wakes up, and Senpai has finished drawing her. She realizes that she has to prevent that dream from happening. She told Senpai that it is nothing and saw that he covered her with a blanket before sleeping.

Senpai comments that he was afraid that she might have caught a cold, so he covered her with a blanket. Nagatoro realizes that the word gross might get her in trouble, and she told him that he is not gross. She realizes that the dream has to do with something gross. Senpai asks if that supposed to be a compliment. Nagatoro glares at Senpai, who looks away.

He wonders if she will start her funny business. She told Senpai that he is sensitive and a virgin; everything she will do, he will fall for it. Senpai started trembling after realizing that Nagatoro will never change and he might play with his feeling again at any moment. Senpai told Nagatoro that it happens with every boy. She got up and told her that they could find out if he is sensitive or not. She toys with him for more than 30 minutes until he sweats. 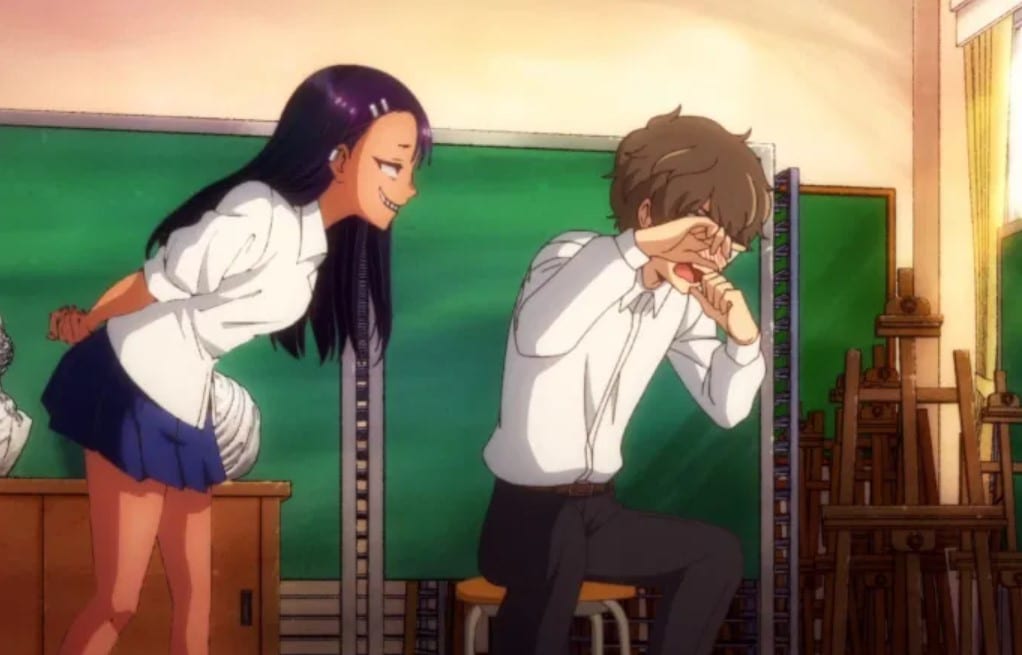 Senpai asks if she is sensitive, and she denies it. Nagatoro told him to try her if he wants to find out, but Senpai is scared to touch her. She told him that there is no way Senpai will touch a girl. Nagatoro asks if it is too much for a virgin to touch a girl or do something with a girl. She gets closer towards Senpai. Senpai looks away, moving like a girl who is being proposed to. He gathered his confidence and told her that he could do it without having a problem. Nagatoro pranked him again, and he falls for it.

She takes off her t-shit slowly, and Senpai realizes that it is about to happen. He started shaking while looking away and thinks that he will see Nagatoro naked. When he looks at her, he finds that she is wearing a swimming suit again. Senpai can’t believe that he fell for that, and she told him to do what he wants. He tried to touch her, and she realizes that this dude is not holding back. Senpai is serious, and she is afraid if he will do it. She wants him to give up so that she can find a way to tease him.

When Senpai’s hand was about to touch her, she told him that she is just kidding and can’t do that. Nagatoro claims that Senpia eyes Senpi’s eyes scared her, and they can watch some videos. Later they enjoy eating ice cream together, and she tried to feed him. On their way home, Nagatoro reminds Senpai that summer break is starting tomorrow. She reveals that she is helping her swim club her whole life in the summer. Senpai wonders what he will do on summer break, and she exchanged contact with him.