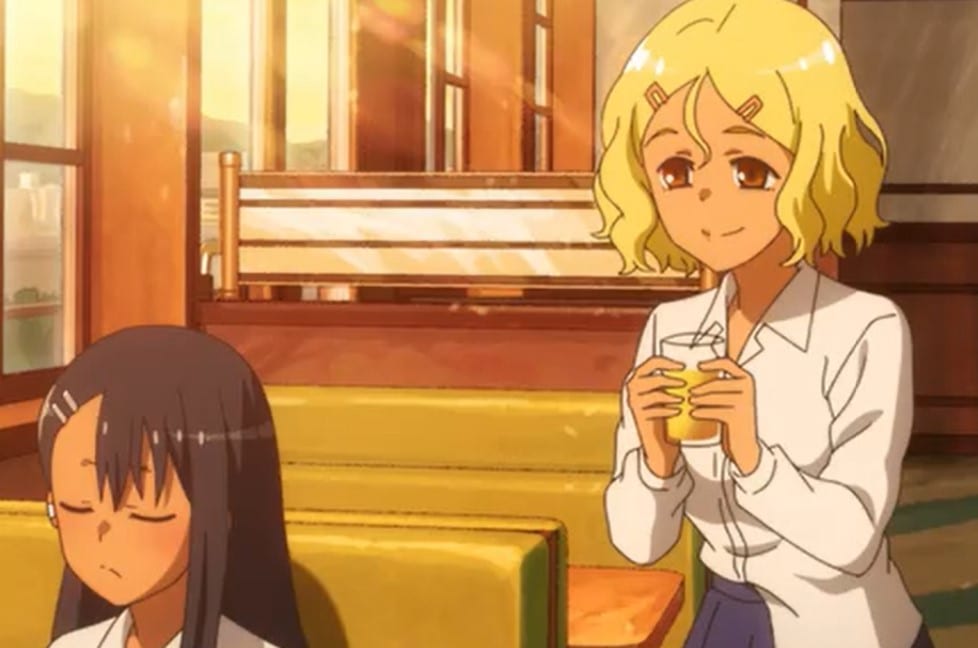 Senpai continues with his drawing, and Nagataro arrives. She enters the room shouting Senpai. Nagatoro started rope shaking and told Senpain what he thinks of her hip-shaking. She also told Senpai to find the right time to slide in. Senpai follows her orders, and he saw the thighs. Nagatoro looks back and comments that Senpai is such a pervert. Senpai spent the whole night drawing something. He took the back and took out a book called Big Boob Vampires. He comments that he couldn’t wait to buy Big Boob Vampires.

Senpai realizes that he bought the book on his way to school. It is the volume with the hot spring chapter that everyone is talking about. Senpai started to wonder how it feels to be in a land full of naked hotties. When Nagataro comes back, Senpai drops the book. He realizes that she will call him a pervert, but he hid the book before she saw it. He wonders if she has seen the book, and Nagatoro asks if he was eating alone. Senpai comments that he was eating Yakisoba.

Previously on Don’t Toy With Me, Miss Nagatoro Episode 2

He tries to offer Yakisoba to Nagatoro, who asks why he would offer that to a girl. Nagatoro told Senpai that he is not popular with girls since he offers them weird stuff. Senpai feels that he has got away with what he was doing. Nagatoro asks him what he was doing before he arrives. She started to tease him as he tries to hide the book. Nagatoro holds his hand and asks him if he was looking for something pervy. She pulls the book out, and they started to fight for it.

She told him that he likes sexy stuff, and he comments that he is not like that. Nagatoro notices that Senpai won’t let her see that book easily. She touched his hand and talks with a charming voice. She told Senpai that she would allow him to do it if it is what he wants. Senpai got carried away, and she pulls the book away from his hands. Nagatoro told him that he is so easy and there is no way she can do it with him. She opens the book and said she knew it is a pervy thing.

Senpai comments that those kinds of sexy scenes have always been a staple in a shonen manga. He reveals that he is buying the manga for the story, not the pervy stuff. Nagatoro told him that he could say what he likes, but she knows what he likes. She started to squeeze her chest, asking Senpai if he wants to play with her chest. Senpai looked away and told Nagatoro to stop confusing fiction with reality. He reveals that the main thing he wants to read is about the vampire story. 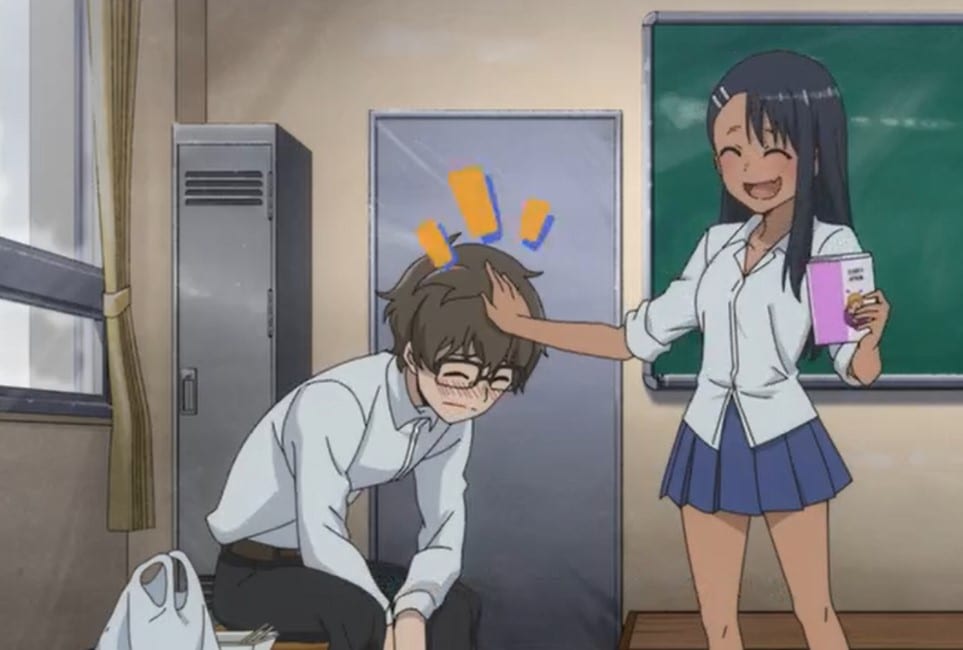 Nagatoro stops toying with him, and they both read a heart-touching story of a vampire. In the story, a boy who never touches a girl in his life ad fell in love with a vampire girl. Before he could even touch her, she died on his hand. The boy watches the vampire girl vanishes in his hands and realizes that he loved the girl with all his heart. But he couldn’t save her, and the ones who killed her stabbed her big chest. Everything got burned, and the boy screams, crying for his beloved one.

She told him that it is good that he is still a virgin, and he asks her how she knows that he is a v-boy. Later Nagatoro got set up with other boys by her friends. The boys tried their best moves, but it couldn’t work. Senpai was spying on them. The boy got a fitting reply, and they head to the bathroom. Nagatoro told her friends never to do that again.  Senpai realizes that  Nagatoro only toys with him. On his way home, he met with her again, wanted to ask her something but she ruined the moment.