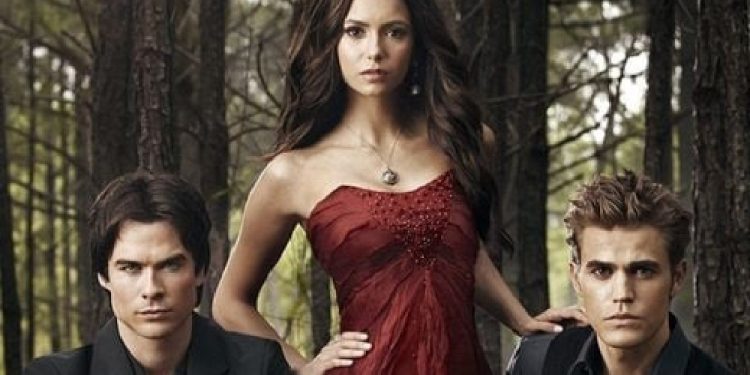 Elena Gilbert in The Vampire Diaries undergoes a huge supernatural transformation, moving from human to vampire to human again. When vampire brothers Stefan and Damon return to Mystic Falls, the doppelgänger is dragged into the dangerous world of the undead. Elena embarks on intense romances with both brothers, resulting in multiple life-altering situations, despite her affections for the Salvatores. Does Elena Become A Vampire? Fans are eager to know about it. We, the ‘Otakukart’ team, are here to answer all your queries.

Elena’s interactions with the Salvatores, as well as her enigmatic lineage as a Petrova doppelgänger, resulted in a slew of upheavals in her life (which fans had witnessed over the eight seasons). While each of Elena’s 134 episodes was memorable and unique in its own right, just a few stand out as particularly significant to her character and tale.

Does Elena Become A Vampire?

Elena’s transformation into a vampire seemed inevitable from the start of The Vampire Diaries, and it ultimately happened in the season 4 episode “Growing Pains.” Elena is mostly concerned with coming to grips with her transformation and considering whether or not she wants to become one of the undead in this episode.

Although Elena had no desire to become a vampire, her eventual change caught the interest of fans who were interested in seeing what kind of plots the writers would come up with. They were also curious to see how Elena would adjust to her newfound abilities and if it would radically alter her personality.

Elena’s fans knew she would die one day since she was always putting her life on the line for her family and friends. Her most heartbreaking death has to be in “The Departed,” when she bravely sacrificed herself to save Matt. Although viewers were quickly thrown when it was revealed that Elena had died with Damon’s blood in her system, they were devastated for a brief period. Elena was close to all of the show’s main characters, especially Jeremy. Therefore fans were concerned about how he would respond to the news that he had lost another member of his family. It also left fans wondering where the show would head now that the show’s pivotal main character had died – a question they promptly answered with their twist ending.

Many fans observed Elena struggle when she transformed into a vampire because she couldn’t manage to control her bloodlust. When the vampire hunter Connor showed there and tormented her about Jeremy, she appeared to be struggling even more (which caused her to lash out and break his neck).

Elena wasn’t generally the kind of acting on instinct, so this surprised people right away. She was a strong supporter of a more peaceful approach. The fact that she had now killed someone drew the audience’s attention, implying that Elena’s morals were about to be questioned and that she would undergo significant transformation.

Elena and Stefan’s Relationship Comes To An End – “Resident Evil”

Despite the fact that Elena was still in love with Damon at this point, several fans believed the creators had not yet concluded Stefan and Elena’s tale. After all, since their dopplegängers were constantly pulled together, fans had assumed Stefan and Elena were destined to be together.

However, in “Resident Evil,” the writers quickly put an end to their connection, as fans discovered that it was because the Travelers’ leader had cast a spell for his personal gain. While it answered some viewers’ doubts and satisfied ‘Delena’ fans, many were disappointed by the hints it left, which hinted that Stefan and Elena’s romance was “false.” The writers effectively ended Stefan and Elena’s love tale by eliminating the spell.

Elena’s struggle with her affections for both Salvatore brothers had been followed by fans for four years. When Elena became a vampire in season 4, the problem multiplied threefold. By the time “Graduation” aired, however, everyone had the solution.

Elena confessed to Damon that she loved him and wished for them to be together in the scene. Many fans were sad for Stefan because he had heard it from the next room, but they were intrigued to see where this new development would lead. Elena’s reaction to being in a serious relationship with someone as closed-off and unpredictable as Damon had yet to be seen, so it would be fascinating to see if they could make it work.

Also Read: Who is Anthony Jaselnik’s Partner? Are The Rumors True About The Comedian’s Love Life?