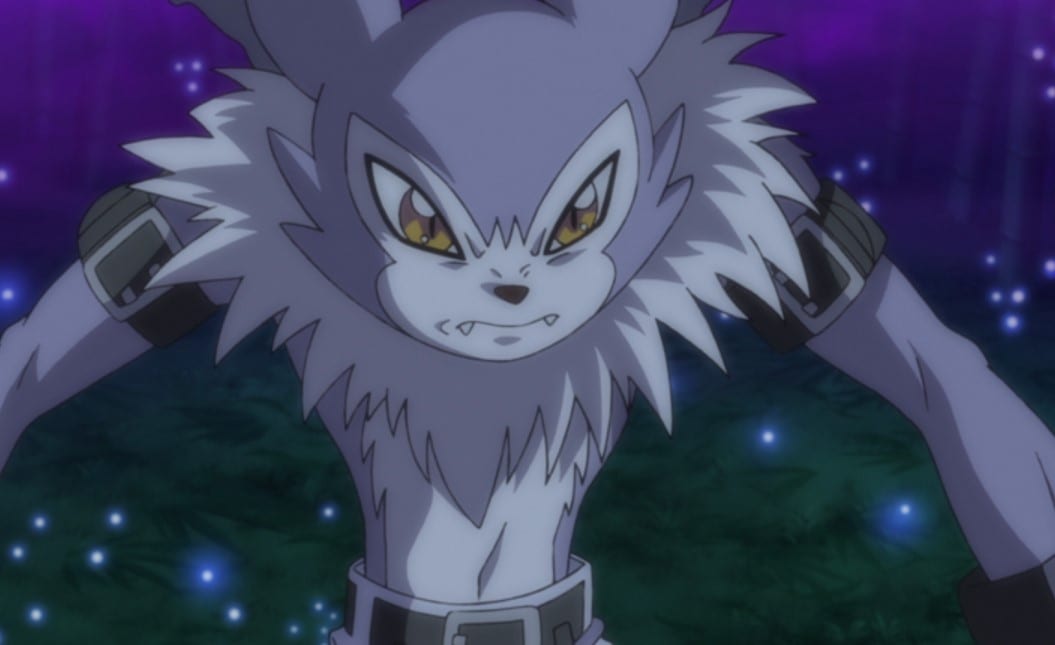 The new adventure of the Chosen Ones begins after finding eight crests and begins to search for the Great Catastrophe power. On their journey to find their answers, they deepen their interaction with Digimon. Yamato and Gabumon are on a journey following the Digivice’s direction. The rest in the middle of the night, and Gabumon falls asleep. Yamato wonders where the Device is leading them, and Gabumon had a vision. Digimon Adventures will conclude episode finale soon since it has reached its peak. Gabumon wakes up after seeing a strange Digimon and realizes that he was dreaming.

The location around the two begins to change, and they heard something crying. Yamato switches off the fire, trying to check his surroundings. The two begin to run, but they managed to dodge a slash that cuts the trees. Zanbamon appears carrying a giant sword and a shield. The episode title is ” The Gold Wolf of The Crescent Moon.” Gryzmom also appears nearby and notice that Zanbamon is there. Storabimon arrives along with Hanumon. The trio decided to counter Zanbamon, who wanted to cut Yamato and Gabumon. Zanbamon killed Gryzmon and Hanumon with a single strike.

Storabimon heard Gryzmon’s lasts words before he vanishes. Zanbamon notices that Storabimon is still alive and decided to finish him. Gabumon attacks Zanbamon with Fox Fire. The two managed to pull Storabimon before he got killed. Zanbamon begins to chase them. They realize that Zanbamon disappears during the daytime and survive until in the morning, and Zanbamon vanishes. In the morning, they both headed to the village and met with other Digimons. Storabimon told Mojyamon that he lost everyone and came back with these two new guys.

Mojyamon told Storobimon not to worry, and he is glad that he is alive. Storabimon reveals that Yamato and Gabumon saved his life. Mojyamon told Storibimon to rest since he stayed awake for the whole night. He thanks the two after asking them if they are travelers. Yamato wonders what is happening, and Mojyamon reveals that they are the survivors of the numerous village destroyed by Zanbamon. Storabimon’s home went the same fate of destruction.

Kyoshiro gets the message from Yamoto about a new enemy called Zanbamon. Zanbamon appears only at night, and a party got formed to fight Zanbamon, but they keep on falling.  For some reason, no single attack works on Zanbamon, and he has become undefeated. The residents hide in the cave at night while someone keeps  Zanbamon busy until daybreak. Kyoshiro told Yamato that he would investigate, and Yamato said he is staying for the night to help while exploring. 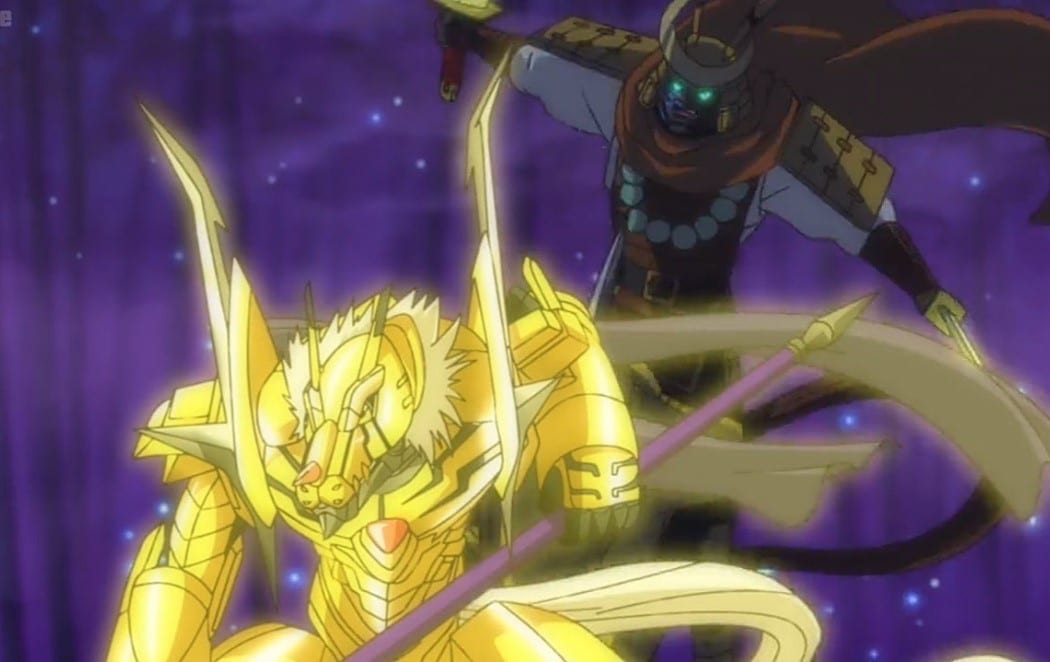 The two went to the hill, and Gabumon realizes that he saw everything burning, and a Digimon that resembles Zanbamon was responsible for the danger. In the evening, Mojyamon wanted Storabimon to stay and leave the guard duty. Storabimon refuses after realizing that Mojyamon wants to go there and die since he is too old. Gabumon and Yamato decided to keep Zanbamon busy and said everyone could take a rest. Gabumon promises Mojyamon that they won’t allow Zanbamon to reach the village.

Storabimon wonders if the two are not afraid of Zanbamon and Gabomon replies that they have to stop him. Gabumon aside, he will use his Fox speed to draw Zanbamon to the mountains. Mojyamon and Storabimo guard the entrance of the cave as the children sleep. Gabumon and Yamato head to the hills to stop Zanbamon until the sunset. The pink aura runs towards the village as a symbol that Zanabmon is on his way. Gabumon spots Zanbamon and begins to draw him away from the town.

Zanbamon falls for their trick and chases Gabumon and Yamato. Gabumon entered evolution and became Garurumon, who unleashes Kaiser’s nails. Garurumon notices that things are still the same and non of their attack is working. Yamato wonders if Zanbamon is a ghost. Taichi and Agumon arrive and help with a Giga Destroyer. Taichi comments that he heard the news from Kyoshiro. Later Waregarurumon enters Mega Evolution evolves into Cressgarurumon. Cressgarurumon became a gold sword fighter and defeat Zanbamon.

Also Read: Top 15 Anime Protagonists Who Were Also the Antagonists