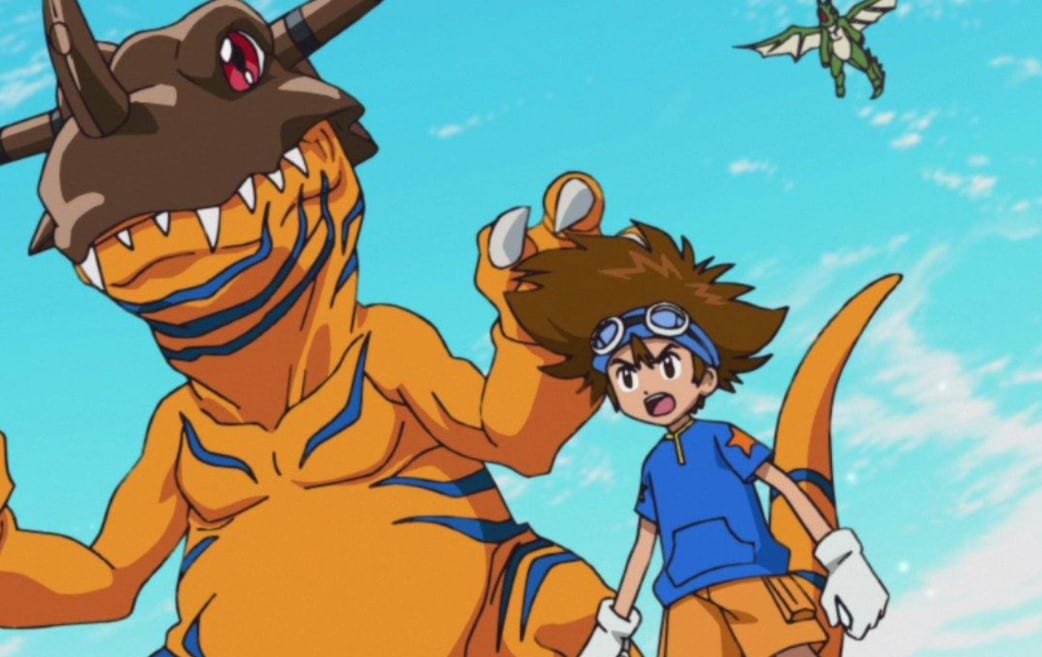 The journey of the Chosen Ones continues in Digimon Adventure Episode 55 as they discover something about mysterious crests. Eight crests have led the Chosen Ones to another Digimon Adventure. Wisemon has given them clues to continue their journey. Taichi and the group are fighting in search of power to counter the Great Catastrophe. They encountered Tonosamagekomom, who ruled the hot springs during their travel, and defeated him after an intense battle. After the war, they enjoy partying, and all the hot springs got restored. Taichi and the rest resumed the journey led by their Degivice to reach the next goal.

Let’s find what awaits for Taichi, Agumon, and the rest of the Chosen Ones. In the morning, the team fights mysterious Digimon. Taichi tried to protect everyone, but they got outnumbered. Agumon entered an evolution and host Greymon’s form. Taichi took out his Digivice and finds that the enemies are a group of Giromon, an Ultimate Digimon. He realizes that they got led to a dangerous place. Giromon attacks Greymon, but he repelled the bomb, and it explodes in mid-air. Greymon tries to protect Taichi from the explosive using his bare hands.

Taichi’s Degivice lights orange, and Greymon enters Greymon Super Evolution and evolves into Metalgreymon. Metalgreymon begins to smack Giromon, who stopped fighting after seeing a mysterious creature coming towards them. That guy punched one of Giromon and put him to sleep. Metalgreymon wonders who is this hooded guy. Giromon tries to fight back, but they had no match. The guy defeated half of Girimons in a second, and Taichi asks who that guy is. Giromon chanted that guy’s name Rebellimon and said he failed to die and he’s reckless Rebellimon. The Girimons tried to make him explode, but they failed.

The episode title is ”The Vagrant War Demon, Rebellimon.” The explosives had no impact on Rebellimon, who gets furious and kills all the Girimons except for the one that escaped. Taichi and Metalgreymon got attacked and wondered why this guy is fighting with them. Metalgreymon blocked the mighty blow, and Rebellimon comments that it is a new face and asks where they live. The two cancel each other’s attack and fight at a distance. The young Digimon that knows Rebellimon, tried to stop him.

Taichi gets on the way and pulls the kid out of Rebellimon’s way after noticing that the guy is looking for a fight. Taichi shouts that there is no reason for them to fight. Metalgreymon attacks, and Rebellimon comments that he doesn’t need a reason to fight. Fortunately, Rebellimon felt something after clashing his head with Metagreymon’s hor and told Taichi to stay away from him. Taichi wonders what happened that make Rebellimon withdraw and realizes that the guy has issues.

Taichi asks the kid about her name, and she replies that she is Cutemon. They both heads to Cutemon’s hideout, and she gave them something to eat and drink. Taichi realizes that Cutemon is trying to survive in this dangerous world. Cutemon reveals why Rebellimon has come to this place where outlaws are everywhere. Rebellimon is heading somewhere thinking about the battle he had with Metalgreymon. Cutemon shows that there was nothing in these wastelands before. 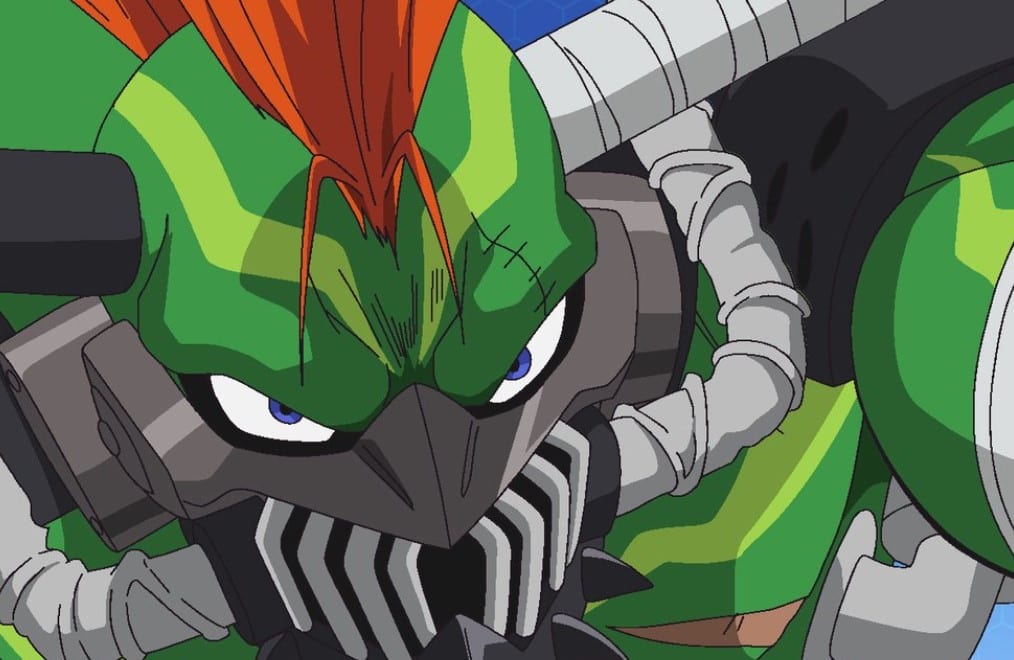 The area became like this because of the Digimon that begins to stay here. Meanwhile, Giromon returns with Boarmon to get his rematch. Cutemon told Taichi and Metalgreymon, who turns back to Agumon, that many scary Digimon came to this place, and the area became a battlefield. Here, the stronger ones bullied the weak ones. But a new Digimon that is known as Rebelliomon, arives the day Cutmon got kidnapped. That day Giromon and other evil Digimons were bullying the weaker ones.

Rebellimon asks them if they are all strong, and Cutemon thought that Rebellimon had saved her. But Cutemon finds that Rebellimon doesn’t like the weak and told her to get lost. Cutemon reveals that Rebellimon has lost his memories, and he has no reason for fighting or winning. One day a Digimon named Boltmon arrives and challenges Rebellimon, who got defeated with a single hammer blow. But Rebellimon kept on fighting to become the strongest Digimon are this place.

Cutemon is worried that Rebellimon might die if he keeps on fighting. Suddenly they heard an earthquake and rushed to the scene. Metalgreymon uses Megaflame to attack Boarmon and notices that Rebellimon got buried to the ground. Taichi teaches Rebellimon about the importance of friendship and protecting something important. Baltomon arrives to finish Rebellimon; fortunately, they defeat Baltomon and Rebellimon finds a reason to live.