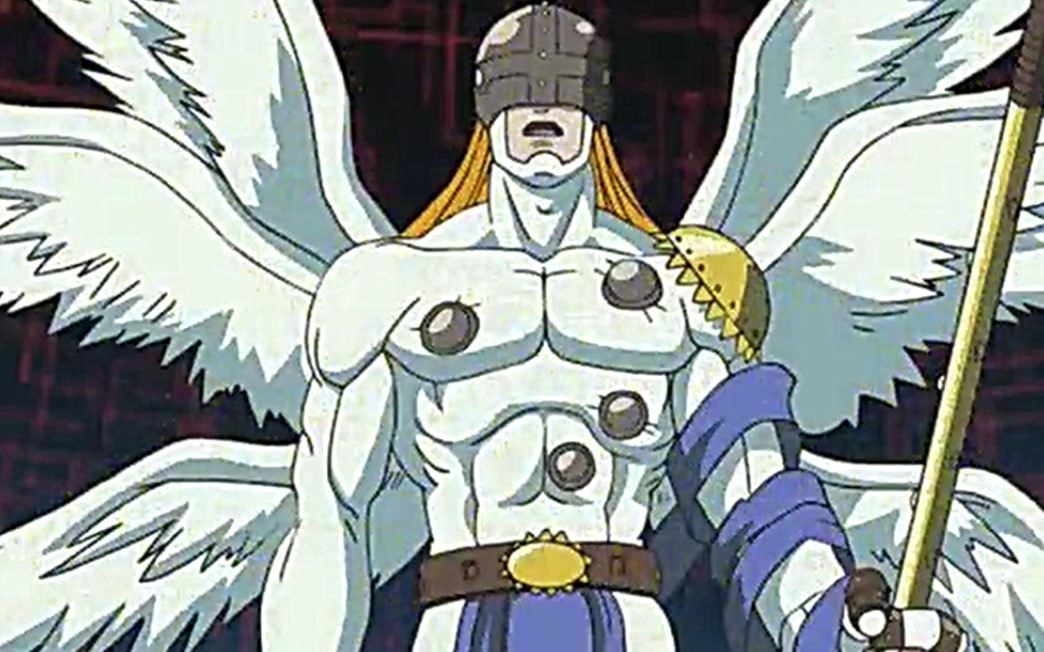 The Chosen Ones are still at the Digital World, continuing with their Digimon Adventures. Their goal is to stop Milleniamon’s revival, who is the bringer of the destruction and darkness. The crew head to the Sealed Grounds, knows as FAGA. Fighting alongside Takeru, Patamon builds powers as the Holy Digimon to save the world. The two are about to be put to the test, and the Chosen Ones traveled through the mountains. The episode is titled The Sword of Hope.

During their travel, Joe comments that he is getting car sick, and he realizes they are not traveling by car. He changes his statement and comments that Komondomon sick. Takeru asks Patamon if she is okay. Patamon nods her head as a sign of agreeing. Joe looks by the window and saw a full moon. He comments that the weather is bad, but there’s a beautiful moon out. He told others that the moon is green, and they thought that he is pranking them. Joe is surprised when the green moon opens its eye.

Joe insists that he saw a green thing, and Tailmon thinks that Joe saw something else. Later after wondering about a green thing, a gigantic green eye appears in front of them. Joe realizes that he saw the small one last time and wonders why it has grown big now. The Chosen Ones realizes that Joe was telling the truth, and this is a real deal. Taichi orders everyone to get inside Komondomon. He realizes that there is no time to battle; they have to flee. The gigantic green eye switches on the light and pulls them toward it.

They wonder why they are getting pulled toward the gigantic eye since they have no steel. But Komondomon wags his tail and manages to escape from the trap with Hikari and Tailmon. Taichi and the rest of the Chosen One got taken away. They got teleported into a mysterious crystal world. Taichi asks Koshiro where they are. Koshiro reveals that this is the separate space that is located within that sphere. Sephorthmon continues to chase Joe, Hikari, and Tailmon. 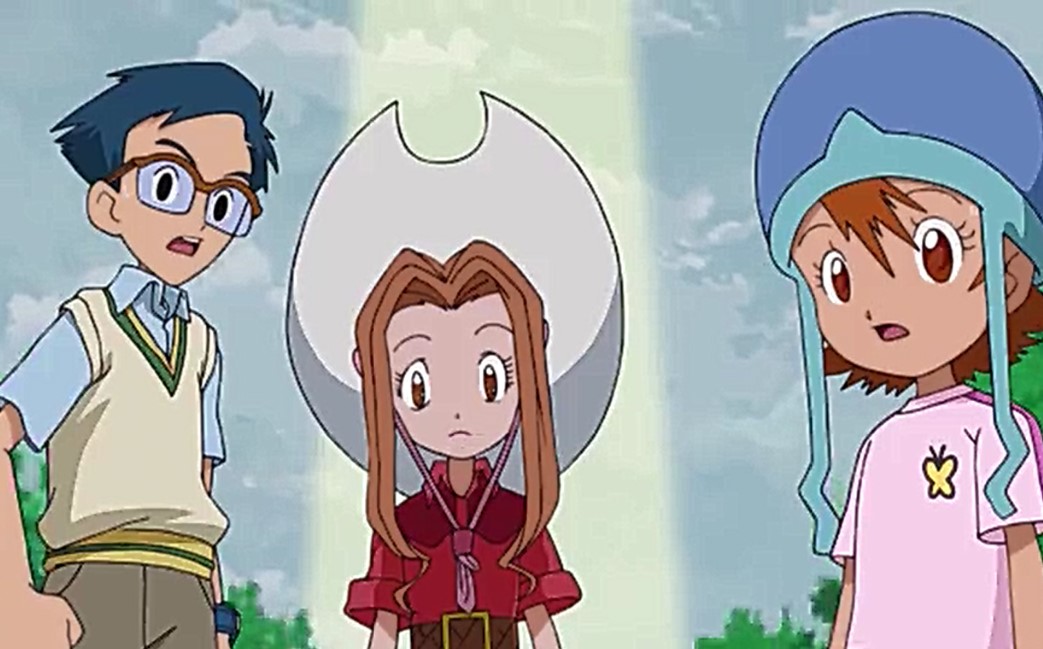 Komondomon runs at full speed to avoid making contact with the light. They find that Digimon’s body is composed of ten spheres, and that’s one of them. They wonder what is happening to Taichi and the others. Joe comments that they got swallowed by the big eyes. Tailmon reveals that they are still okay, and the crew looks at her, wondering what she means. Tailmon reveals that the Sephorthmon first traps Digimon inside the spherical body. Sephorthmon force someone to fight until you collapse and take the battle data from all the Digimon inside.

Meanwhile, Agumon got attacked by Snimon, who missed his target. The mysterious Digimons started to show up in numbers. Gabumon attacks with a fire blast and eliminates one of the Digimons. Taichi can’t believe that Dakugumon is also here. The Dakugumon appears in numbers and circles Taichi along with Agumon. Gabumon comments that there is something wrong with this army. When the pater Digimons of the Chosen Ones’ shadow made contact with the crystal, their nemesis appears to battle with them.

Tankamon and Tylomon arrive at the scene. Agumon, Gabumon, Petamon and Tentamon evolves. Garurumon attacks with Foxfire, and Greymon attacks with Mega flame. Kabuterimon attacks with a Mega Blast, and they started to destroy the fake copies of their nemesis. Greymon battled with Ogremon and defeated him after a long battle. Devimon arrives at the battle, and Angemon battles him. Angemon evolves into HolyAngemon and uses a blast to free everyone out. They manage to destroy Sephorothmon and reunite with others.