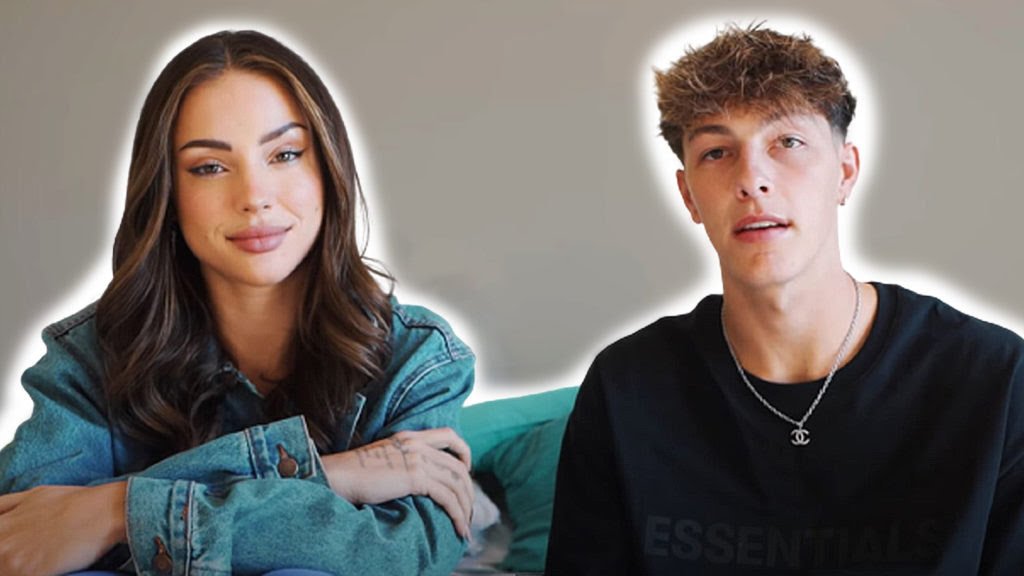 TikTok couple Tayler and Charly revealed on 29th March that they broke up one and a half months before. Tayler Holder is a well-known social media user, a singer, and also an actor. He is one of the members of the TikTok collaborative Hype House and falls under the list of most-followed people in TikTok. He is famous for the lip-sync videos and funny content on TikTok.

He was born on August 19, 1997, in a small town in the south of Texas. At the age of 18, he moved to Los Angeles to pursue his passion. After moving to LA, he started focusing on his social media accounts, posted lifestyle content and modeling pictures on Instagram and YouTube and gained followers. However, when he opened the TikTok account, he posted many daily funny videos and did lip-syncing to other audios; his popularity rose a lot, and he had millions of followers in his social media accounts, which he made in a few years. He has also collaborated with many creators and is a mentionable member of the Hype Club, and is also friends with them.

Tayler starred in a television series, “Dirt,” which streamed online. Tayler plays Luke, the main character of the series, and the story was about how he deals with his love life, addiction, and daily life issues. He also released a single, “Who I am,” in 2017, followed by several other singles.

He dated cheerleader, model, and dancer Kaylyn Slevin in 2019 and proposed to her in front of his mother. But both of them broke up after few months. He has also rumored to have a dated gymnast, Kelianne Stankus, and a TikTok star Charli D’Amelio, but none of them were confirmed.

Tayler also dated a fitness influencer Sommer Ray; they had an on and off relationship but broke up soon.

Who is Charly Jordan?

Charly Jordan is an independent model, a DJ, and a social media influencer. She has collaborated with famous brands like Pura Vida, Forever 21, and Revolve. She played competitive soccer for 12 years and competed in track for four years when she was young and has also been a three-time state champion.

She had dated Robert Graham before she dated Tayler.

Tayler Holder and Charly Jordan’s Love Story: How It Started

During September and the first week of October 2020, Tayler and Charly hanged out together and made TikTok videos. Fans speculated a lot of chemistry between them and started shipping them together. They introduced each other as their best friend and also cracked jokes about their relationship. On October 13th, Tayler went ahead and posted a picture of him and Charly on Instagram. They could be seen kissing each other on a beach and seemed more than just friends.

This also led people to think that Tayler might have cheated on his ex-girlfriend, Sommer Ray. She has also made an indirect post about Charly writing that girl codes do not exist for a few people and blocked Tayler and Charly in social media. To clarify, Tayler posted a video with the title, “A message to Sommer Ray,” where he claimed he has never cheated on Sommer with Charly. Charly also faced a rumor about her being pregnant. She addressed it and said none of them were true and also cracked jokes about it.

Within a few weeks, Tayler and Charly became a power couple in TikTok; they posted a lot of content from time to time. They also post videos showing romance and did a lot of photoshoots. The fans are clearly satisfied by their adorable relationship and content daily. On their one-month anniversary, they went on a getaway to Malibu to celebrate and updated fans by posting many pictures on Instagram and videos in TikTok.

Their Breakup, And How People Reacted To It

The favorite social media influencer couple shocked their fans with their official breakup announcement. They posted a video on 29th March and called it quits after five months of dating. They revealed that they decided to break up mutually and have ended up on good terms and positively and are still best friends. The fans were heartbroken and expected the least from them, but they’re satisfied with the fact that they ended on good terms and are acting maturely.