The couple has welcomed their first child together. 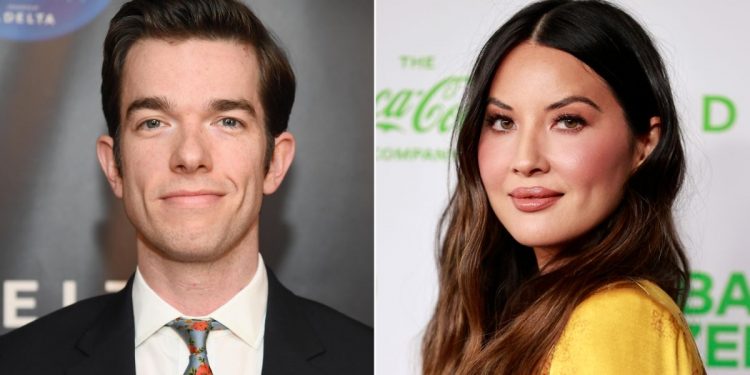 What do we know about the ongoing rumor about John Mulaney and Olivia Munn Break up? Popular comedian John Mulaney took everyone by surprise after sparking dating rumors with actress Olivia Munn. However, the relationship came along with its fair share of controversy!  As Mulaney and his ex-wife Anna Marie Tendler announces the split, many assumed whether this has to do something with Olivia.

These rumors were sparked further after Tendler stated that she is heartbroken that John has decided to end their marriage. Now, the former SNL writer is opening up about his recovery journey, new experiences of fatherhood, and how he met the girl of this dreams. Not to forget how the pair have welcomed a new member into their little paradise. Let us take a look, and lesser-known facts about John Mulaney and Olivia Munn Break up.

Did John Mulaney and Olivia Munn Break up?

Contrary to all the ongoing rumors, John Mulaney and Olivia Munn have not broken up! While there is considerable controversy regarding Olivia and John’s split, it seems like the Newsroom alum has set the record straight about these ongoing rumors. The actress recently opened up in an exclusive interview stating how everyone thinks they know all about the relationship, but the reality is far away from that. Munn further explains that the only way to deal with it is to pull back and not play the game at all. The star explains how she feels a kind of vulnerability that makes her want to just turn everything off. The SNL writer, too, had shared some kind words for his ladylove.

As Mulaney opened up about it all to his good friend Set Meyer about how the relationship with Munn has turned into this really beautiful relationship. He further praised her, saying how someone so incredible has managed to deal with the non-coked up version of Mulaney. It all has been very incredible, and how Mulaney’s ladylove kind of held the comedian’s hand through his struggling passage of hell.

Christmas Eve was extra special for Olivia Munn and John Mulaney! The couple, who welcomed their first child together, shared an adorable picture of their little bundle of joy on social media. The baby boy was all cuddled in a soft blue hat and safely tucked in in a fuzzy white blanket. While Mulaney confirmed the pregnancy a few months ago, Olivia kept her entire pregnancy away from the media limelight. For now, Mulaney is busy with his back-to-back gigs. Have a look at it.

The picture also came along with the big-name revelation. As the former SNL writer introduced the world to Malcolm Hiệp Mulaney, Mulaney said that he is in love with him while jokingly pointing out that he hasn’t even tried seltzer yet! Mulaney confirmed the pregnancy back in September while throwing light on his inspiring journey this year. Both Munn and Mulaney has maintained an extremely low profile about their relationship and has rarely uploaded pictures together. This adorable picture of their son is surely going viral for all the right reasons.

John Mulaney Opens Up About His Relationship With Olivia Munn

The SNL writer has been going through a challenging time until he met his ladylove Olivia Munn. As Mulaney was earlier struggling with alcoholism and drug addiction, the comedian recalled how he got himself admitted into rehab and started the journey of recovery.

John Mulaney took this opportunity to thank Olivia and this baby who has helped saved him from himself and this early journey out of recovery. Munn and Mulaney met for the first time at Meyers’ wedding to Alexi Ashe back in 2013. Mulaney later joked about this encounter being the only good thing that came out of the wedding. Amidst the growing romance between the two, Mulaney’s ex-wife Tendler recently threw shade on the writer by making a reference from one of Lana Del Rey’s breakup track.