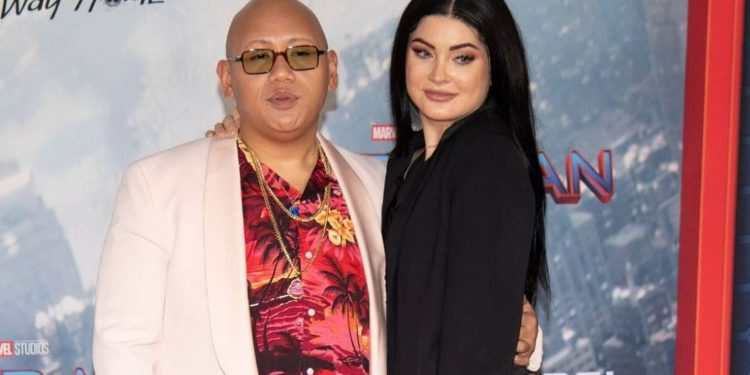 Spiderman movie series star Jacob Batalon played the best supportive role as Ned in all the three movies. Ned is the most beloved character in all the three movies, Spiderman: Homecoming, Spiderman: Far From Home, and Spiderman: No Way Home. As much as we love Peter, we love Ned! As an MCU fan, I always wished to have a friend like Rhode or Steve Rogers, but it was when I saw Ned and Peter that I realized what kind of friend do I exactly want. Ned is a hell of a supportive and hilarious friend of Peter while always having his back. This is the cinematic side of him, but what about his actual personal life? Did Jacob Batalon and his girlfriend Brooke Reyna break up?

Jacob Batalon has set the benchmark too high for future characters. He has done an excellent job in each of his movies, proving himself the best in whichever role you offer him. After all the workload, it was seen that this giggle machine man has also got his love life on track. Here’s everything you would love to know about Jacob and Brooke!

Brooke Reyna is kind of private from what appears to be. She has a private Instagram account but with 52K followers, so we assume she accepts fans while making sure the account isn’t public. Jacob Batalon and Brooke Reyna came to the spotlight in March 2021 as Jacob posted his love on his Instagram profile with the caption, “Alexa, play Lucky by Britney Spears”.

There’s very little information available about Brooke’s personal life, but the most important part is known to all! Ned buddy!!! Brooke is expected to be of similar age as Jacob. She is quite a good vibe reflector, as we see, Jacob is always happy around her. I mean, isn’t that what matters?

Of course NO! Jacob Batalon and Brooke Reyna did not break up. How can these sweethearts split? They are so much in love with each other that fans wish they marry soon. They even went to Disneyland together in April as Jacob, aka Ned, posted a picture of them posing outside the blue Disney castle.

In an interview during the promotion of Spiderman: No Way Home, Jacob expressed his love for Brooke as, “I love her to death!”

It was an unexpected love as Jacob says he wasn’t looking for anyone, and Brooke walked into his life suddenly and became a huge part of it already. It is heartwarming how happy is our buddy Ned with Brooke. She surely deserves lots of love for the way she treats him. There’s a post where we see both Jacob Batalon and Brooke Reyna after they have applied masks. Jacob posing with a pout is just too cute to avoid.

Even though Brooke seems a sweetheart, she has been served with an unnecessarily huge amount of hate. Many people commented on their posts, calling her a “Gold Digger” and whatnot. But it’s good that Brooke and Jacob both know how to deal with these commenters.

Brooke is supportive and loving, as it appears till now. She hasn’t tagged Jacob in her bio on Instagram, but instead, she has mentioned the link of an article about Jacob. The title of the article goes as: Jacob Batalon is so much more than a sidekick or a best friend—he’s ready to be the leading man.

I see this as a Shout-out to her love as he grows more in the industry. It is quite impressive how Jacob Batalon and Brooke Reyna didn’t try to keep their relationship super-private as most celebs do. They are expressing love openly, it is wonderful!

A Short Glimpse On Jacob’s Career

Right now, at just the age of 25, Jacob has already been in 4 movies grossing over 1 Billion Dollars. Some of the highly famous projects of Jacob Batalon are Spiderman: Homecoming, and its sequels, Far From Home and No Way Home.

Jacob Batalon is not limited to Ned, Peter Parker’s bestfriend. He is the main character himself too. However, fans and some critiques should respect the fact that to be known for your work is not a matter of offense or shame. Therefore, those who call or assume Jacob as Ned are not haters; they just loved how he played the character!

Now that our man has a beautiful ladylove with him let’s hope for even more success for Jacob and even more hilarious adventures for us to witness.

Also Read: Did Tom Holland and Zendaya Break Up? Everything About The Couple