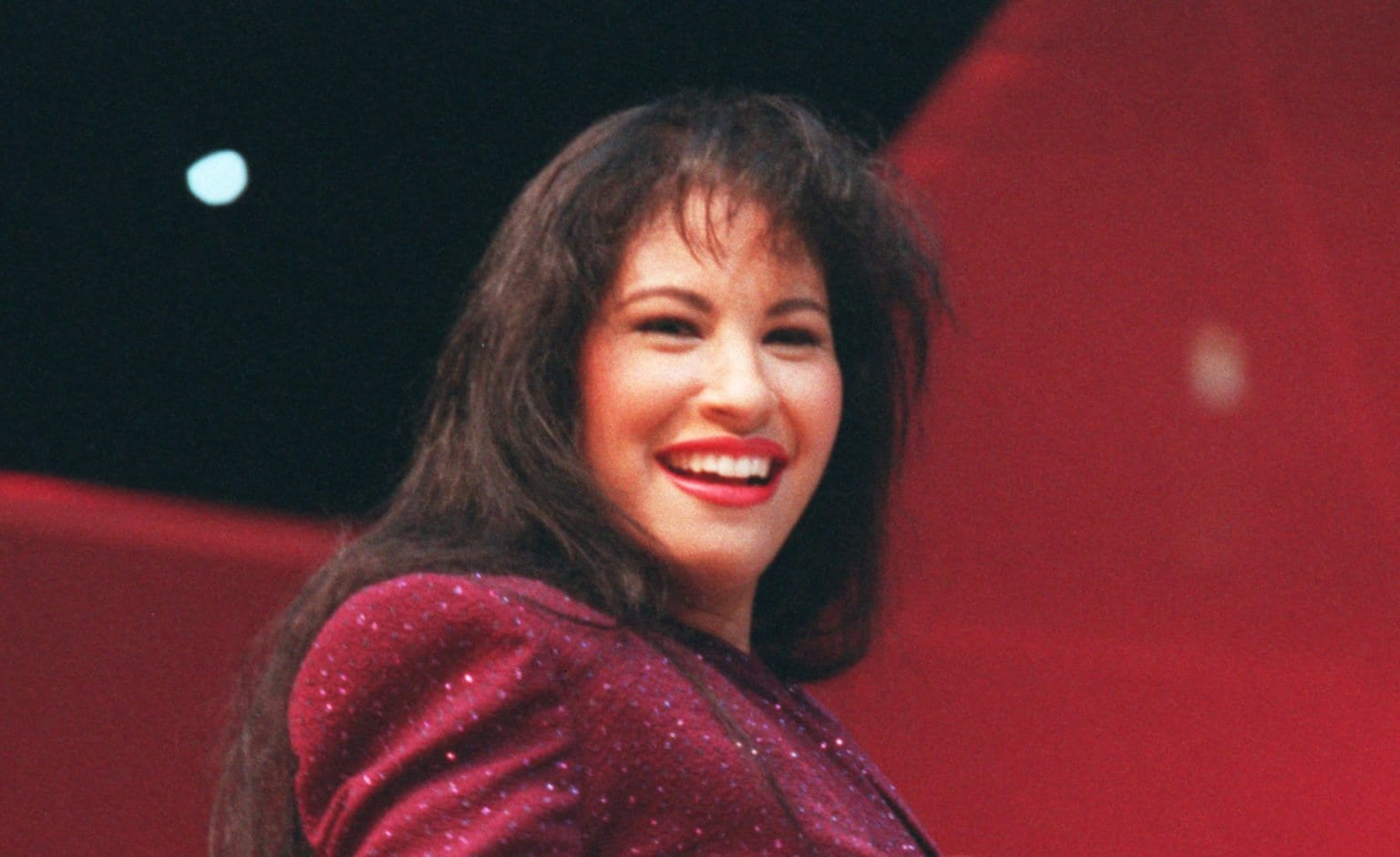 Selena performs at the Astrodome during the Houston Livestock Show and Rodeo on February 26, 1995. (AP PHOTO/HOUSTON CHRONICLE, JOHN EVERETT)

If you keep up with Netflix, and especially Selena; The Series, you might have noticed a huge celebrity cameo in season 2 episode 6 of the series: Beyoncé. Selena: The Series is an American biographical drama, by Moisés Zamora. The story is about Selena Quintanilla, a Tejano singer, and how she made it to the top. The first season was released in December 2020, followed by the final season on May 4, 2021. The last and final episode aired just 2 days ago on 9th May, on Netflix. And if you know about the Singer’s life, it was nothing if not extremely tragic. Selena: The Series was released on Netflix on 4th December 2020, and the final season on 4th May 2021, exactly 5 months later. Each season had 9 episodes.

Selena: The series is produced by Campanario Entertainment, Selena’s father and sister. It is based completely on the real-life of Selena and is authorized by her family, unlike El Secreto de Selena. Christian Serratos played the role of Selena. Noemi Gonzalez played the role of the first female drummer in the History of Tejano Music, and Selena’s sister, Suzette Quintanilla. Seidy López acted as Selena’s mother and Ricardo Chavira and Gabriel Chavarria played Selena’s father and brother. 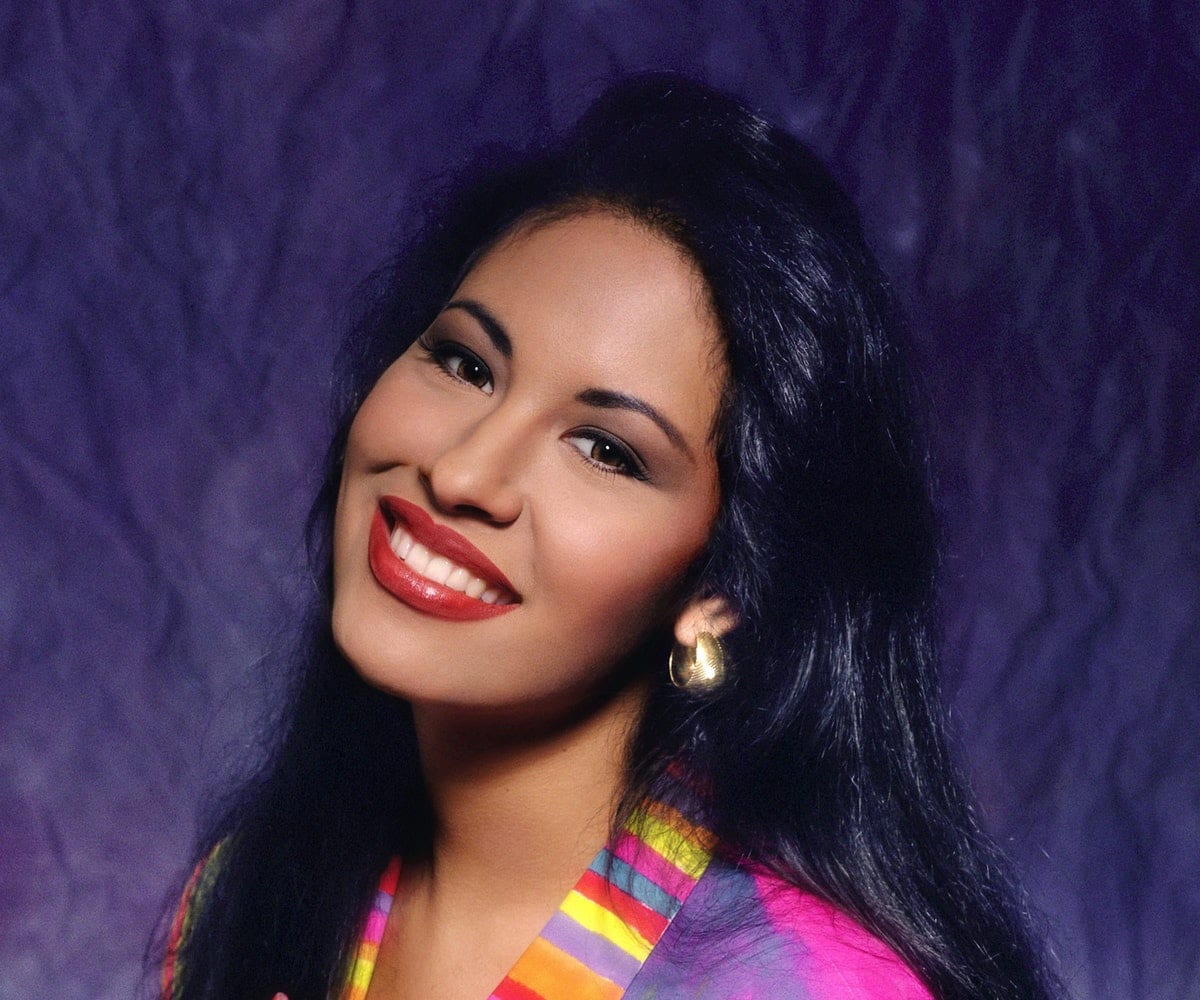 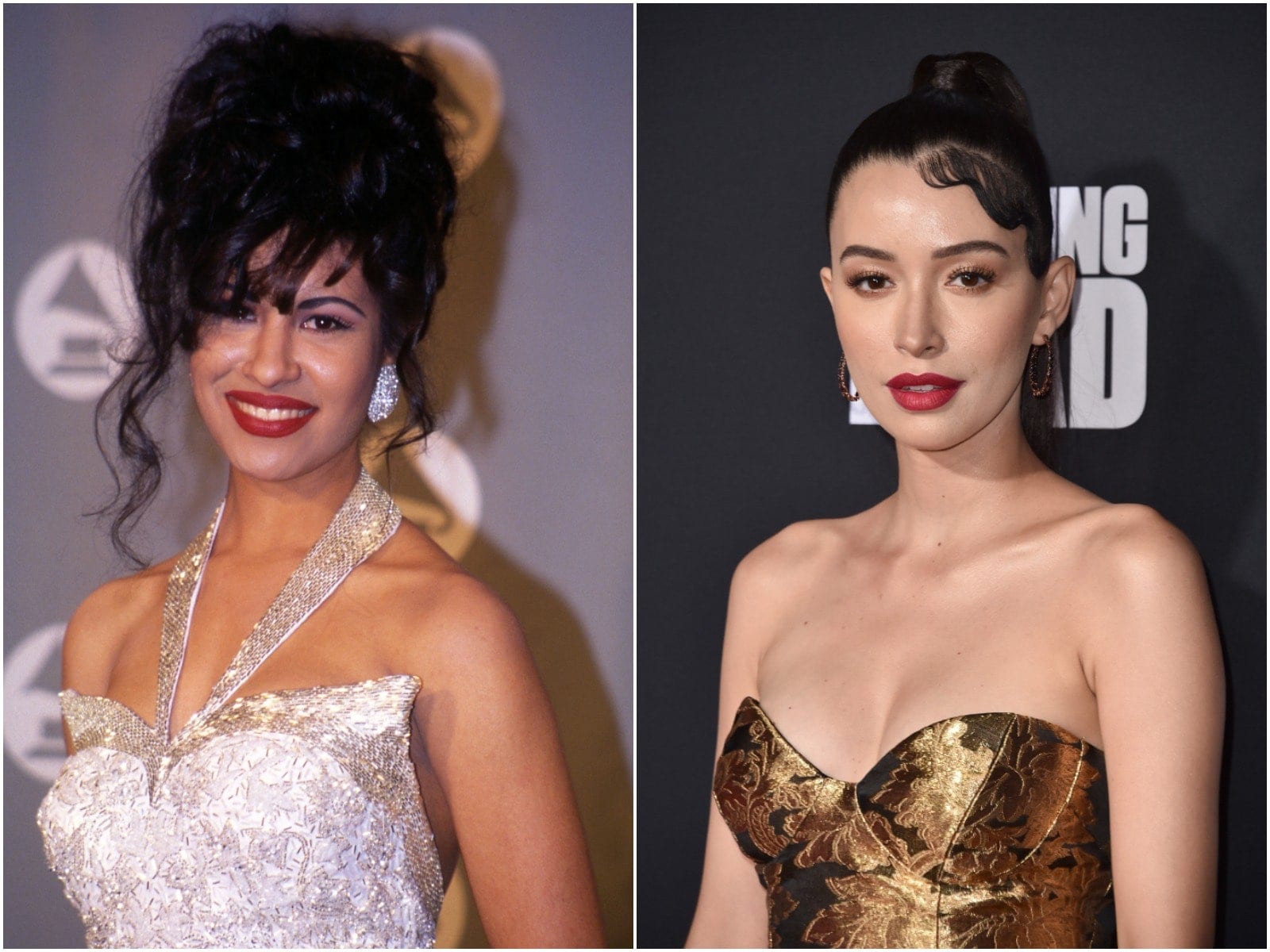 Selena on the Left and Christian on the Right (Credits for individual pictures: GETTY Images)

Who was Selena Quintanilla?

Selena Quintanilla-Pérez was an American singer, songwriter, model, actress, and fashion designer. Her birthday, April 16, was even declared as Selena Day in Texas. Billboard has named her the best-selling Latin artist of the 1990s. Her collaboration with MAC, which was released after her death, became the best-selling collection in MAC’s history. She was called the Queen of Tejano music and is one of the most influential Latin artists of all time. She is the youngest child of the family and started her professional career in 1981 when she was only 10. During the days of her early career, she wasn’t given any venues to perform as Tejano music was a men-dominated field. 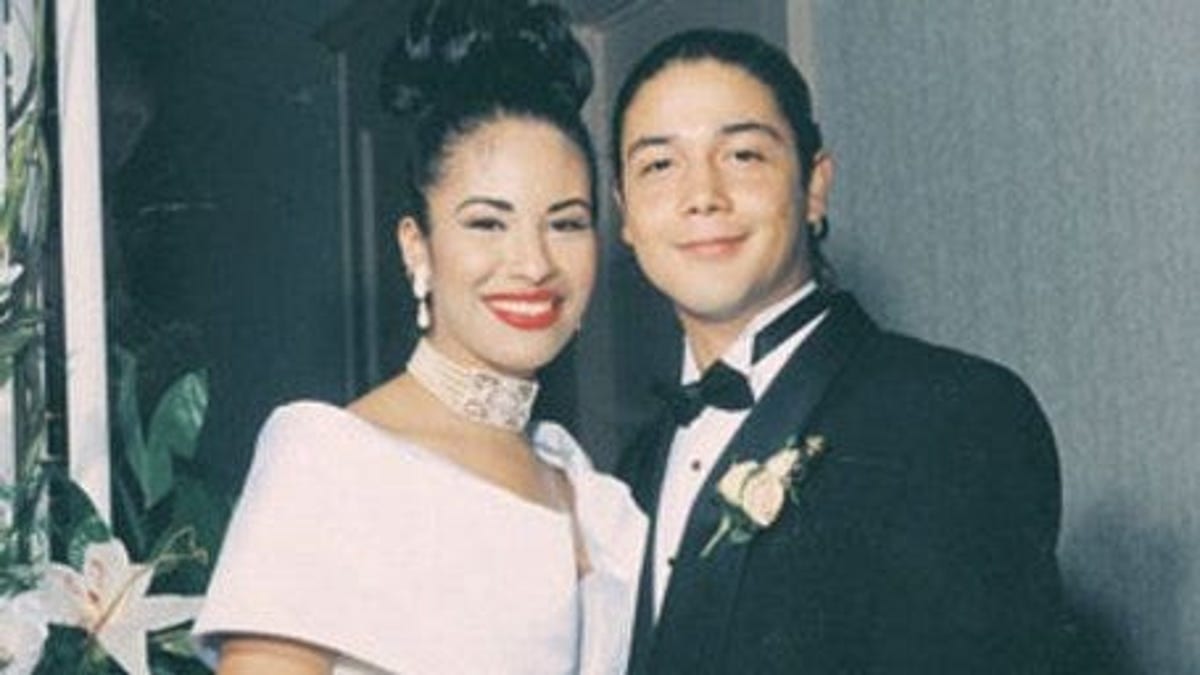 Selena Quintanilla with Husband Chris Perez at the Grammys 1994

But this all changed after 1987 when she won the Tejano  Music Award for Female Vocalist of the Year. This feat she would achieve 9 times consecutively. In 1989 she signed with EMI Latin and released her self-titled debut album with her brother as co-producer. She released her 2nd Album Entre a Mi Mundo in 1992. Entre a Mi Mundo peaked at no.1 on the US Billboard Regional Mexican Albums chart for 8 consecutive months. Her 3rd album, Live! went on to win Best Mexican/American Album at the 1994 Grammys. In 1994, her 4th album, Amor Prohibido was released. 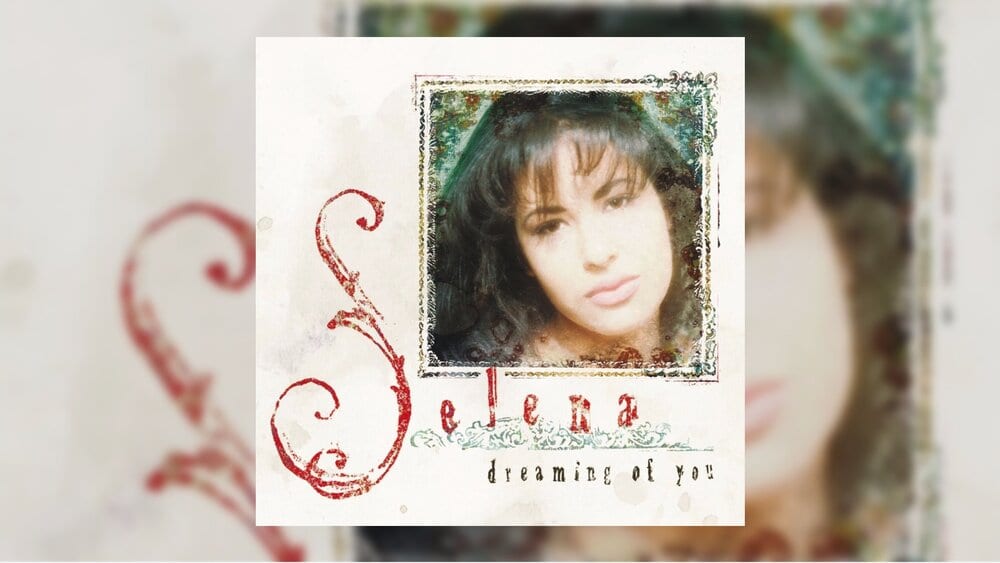 Her Last Album which was released after her death (Credits: EMI Latin)

Selena was murdered by her former friend and fan club president on March 31, 1995, just 16 days before her 24th birthday. Yolanda Saldívar was soon arrested by the police and has been in prison since then, serving her sentence with a chance of parole only after 2025. Her final and posthumous album was released on 1995. Dreaming of You broke records and debuted at no. 1 in Billboard 200. Selena was the first Latin artist to achieve this. 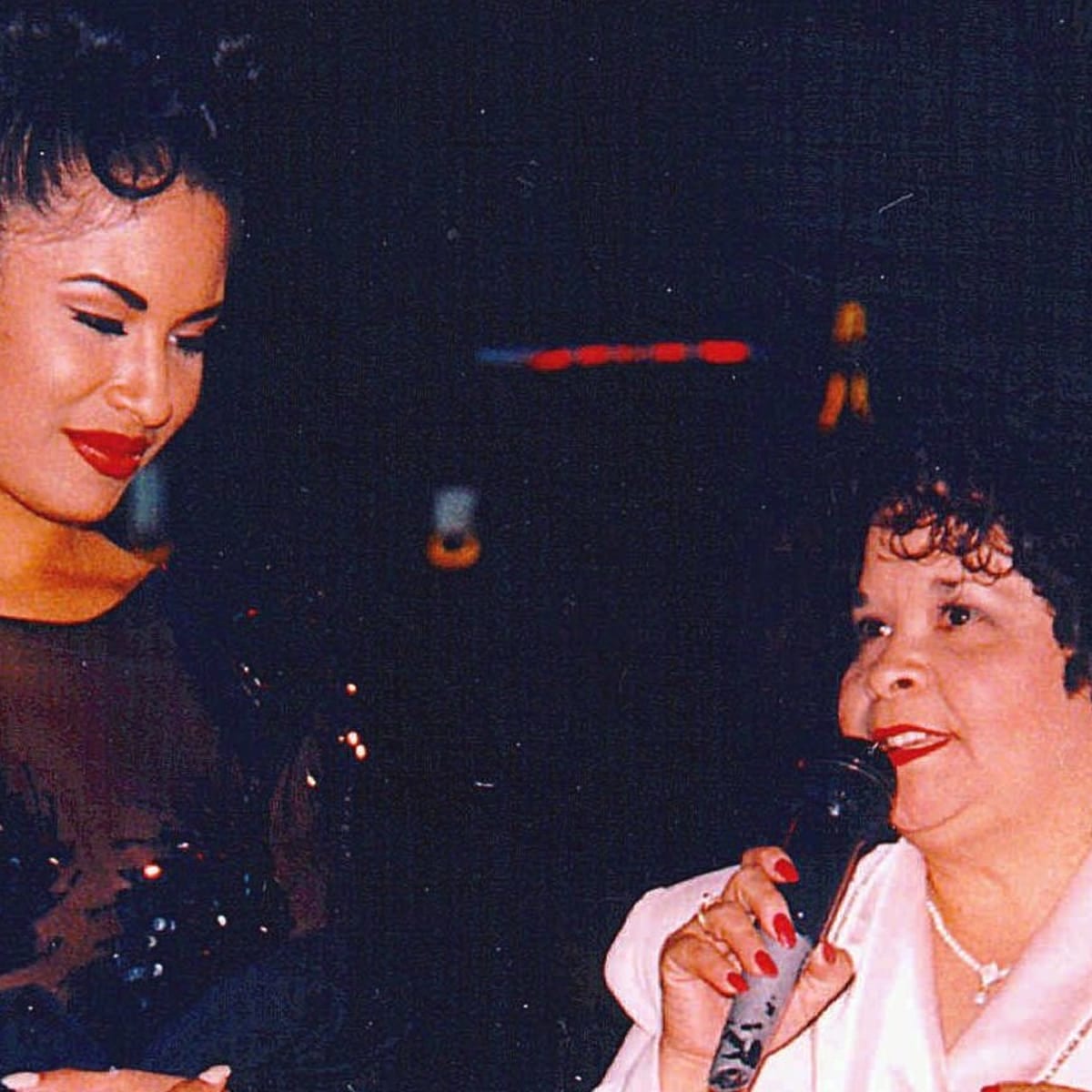 Selena with Yolanda, who will soon become deadly obsessed with her and finally, murder her.

Also Read: Selena: The Series Season 2 To Focus On The Star’s Relationship With Chris Pérez

Yes, this is 100% true and has been confirmed by the Queen herself. In Episode 6 of Season 2, “Lo más bello”, it has been shown that the young Beyoncé met Selena when she was out shopping with her family. Young Beyoncé was extremely starstruck by her. Watch the video clip below:

The scene starts when Queen Bey suddenly stops and stares at Selena. Her mother, Tina, here played by Nikki Crawford asks, “Who are you looking at? Who’s that?” To which Giovanna Bush, playing as Bey, replies “Selena. A famous singer, be quiet.” Proud mom Tina says, “You are a singer too, tell her!” proud mom Tina promptly adds. But all could manage was a subdued and shy, “Hi.”

This all, infact, is very true. Beyoncé in an interview with MTV Tr3s said that she actually met Selena at the Galleria Mall, Houston. However, she couldn’t speak much infront of a superstar when she wasn’t even a celebrity. So she just said Hello, and kept moving.

Beyoncé had only amazing things to talk about the late singer. She called her a legend, and how she admired her. She was introduced to Selena by an old friend and since then, she listened to it all the time. Selena’s songs also helped her in enriching her own music, especially the pronunciation.

I wonder what Selena would have felt, had she known the meek girl she met in the mall would once become one of the most successful artists of all time. How satisfying it is to know that the Two Queens had, at least, crossed paths once!

Also Read: Who Is Fernanda Gomez & What Is She Famous For?