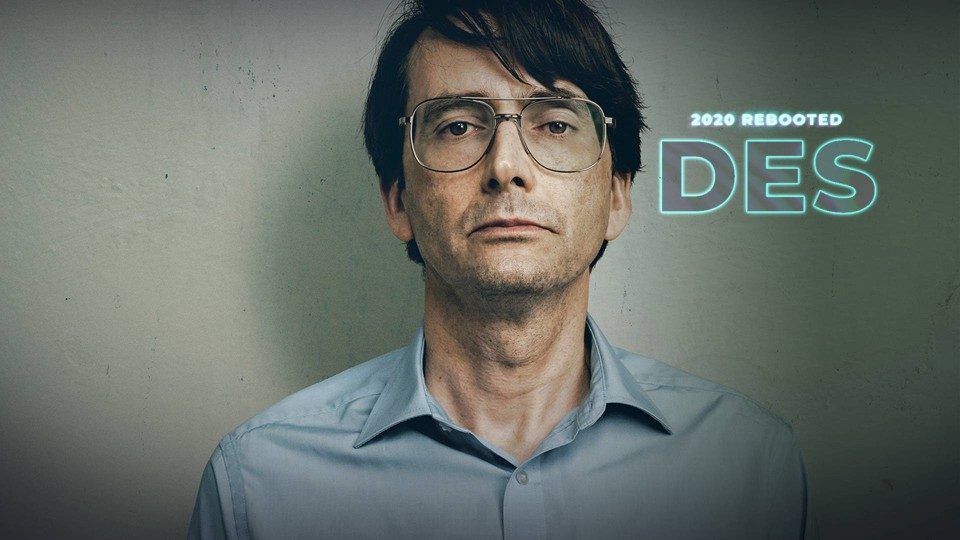 Des is ‘The Show’ for every crime drama genre lover out there. Well, that covers the review in itself, but there’s much more to know. Crime series that too, Television-based, are extremely hard to please the fans. It sometimes lacks originality, sometimes the visuals, or the script. A number of times, viewers claim crime TV series as too stretched and deviated from the main plot.

To your surprise, Des is here cutting out all these annoying issues. It is hands down one of the best original stories portrayed with amazing performances and powerful script. The visuals considered ‘too explicit’ actually define the accurate visuals for a true-crime series, doesn’t it?

ITV Network covered the new crime series – Des, last year in the month of September. The ITV original network is already popular for airing such crime and thriller series. It reached the peak with their latest release- Des. This is a British ITV television drama miniseries. The storyline is based on a Scottish serial killer named Dennis Nilsen, who was captured and arrested in 1983. Nilsen’s involvement in more than 12 murders, its reasons, stories, repercussions, everything is covered throughout the first season.

Des season 1 was split into three parts. The series premiered with its first episode on ITV on 14th September 2020. The other two consecutively on 15th and 16th September. The three episodes covered this true crime-based miniseries.

Episode 1 begins with a plumber finding out rotting human remains and flesh while clearing clogged drains near a house owned by a person named Dennis Nilsen.  The scene is reported to the crime branch where the second lead of the show – Jay, enters. After investigation, Jay waits outside the house for Nilsen to return from his job. In the evening, Nilsen is confronted. To the viewer’s surprise, Nilsen, in a very unapologetic manner, reveals all his past killings. When asked by Jay about other parts of the body, he points towards the cupboard, which is seen filled with bodies and skeletons. The year talked about in the initial episode is 1983.

The second episode of the season revolves around the investigation of the case involving Nilsen in depth. It is the entry episode for the third lead of the series – Jason Watkins, a writer and biographer. This writer is amused by the serial killer- Nilsen and reaches him in prison to communicate. He wishes to write Nilsen’s autobiography and, for the same reason, investigates Nilsen. The episode reveals the unusual and strange way in which the killer used to treat the bodies. Nilsen carried on with bathing the bodies, chatting, and other abnormal acts. Everyone in the department is shocked as to how Nilsen was able to perform such illegal acts in the presence of the police and investigators for five years.

Finally, the last and final episode of the series covered the trial part. Wherein Jay and Nilsen are observed in the court hearings. Not much of Nilsen’s performance was captured in this episode. In fact, it involved others arguing over him and if he was of sound mind when the murders took place. That’s it. Not disappointing you with any of the spoilers.  Though, it was a dramatic ending.

The production for this ultimate masterpiece commenced in November 2019. It is the 9th miniseries aired by ITV Network. The productions and crew involved are Lewis Arnold as the director, David Meanti in the producer seat, Luke Neal as the writer of episodes 1 and 2, whereas Kelly Jones for the finale episode. It is a fine genre blend of Crime, Drama, and Thriller. The Des cast involved in the lead roles-

The premiere was initially planned for the month of May, but due to the ongoing COVID situation, the dates were shifted to September 2020.

Well, that sums up the entire season for you. Now coming to the review, this series has been appreciated by everyone. The reviews reached are mostly positive. Viewers have loved the script, which came with the perfect timings, pauses, and impact. The visuals, on the other hand, cleared half of the series way to reach the top lists of best crimes series ever. Main three lead of the show- Jay, Nilsen, and lastly Jason have performed one of the impeccable performances of their career. Nilsen’s performance has left the fans with chills. The way this character talks casually about the murders, with his cigars, and interacts with the investigators. The main plot covered all the crucial parts of the real story and did not stretch the storyline even once.

Overall, this is one of the top suggested crime TV series for the viewers. A rating of 4.1/5 is what the series definitely deserves from our end. In case you are wondering, why not a complete 5, the ending could have been a little extraordinary. It carried on just like every other crime series ending. Keeping that aside, the series is a must-watch and one of the finest serial killer drama series.

Will There Be A Second Season for Des?

Des Season 2 has no updates till now. The second season has not been a topic officially addressed. It is yet to confirm. Although, it doesn’t seem like Des will have a second season to it. Since it is a true story-based series. There’s not much left to watch. The main character- Nilsen, in real life is now dead. Everything has already been covered in the series.

The audience, though is still in hopes of viewing more of this amazing and gripping story. We hope for the same. Any new updates, and we will make it reach you at the earliest. Stay tuned to Otakukart.