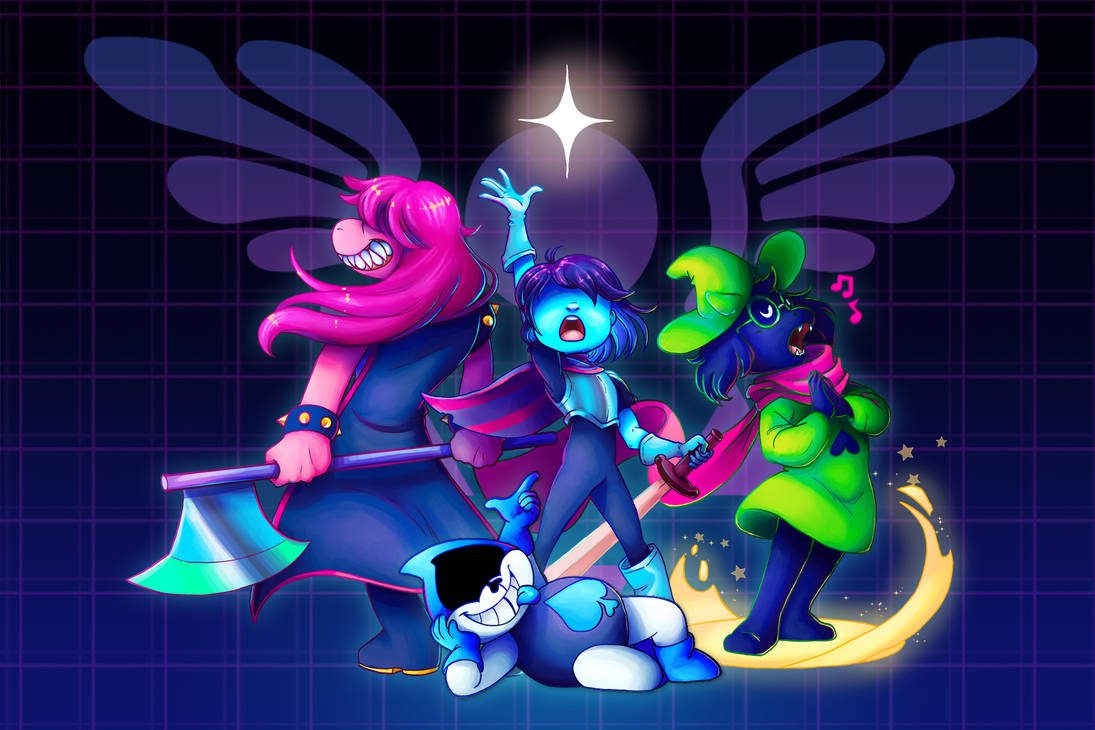 If the superhit RPG, Deltarune Ending Explained, is what you are looking for, then look no further! This amazing Role-playing game, made by Toby Fox, has taken the gaming world for a ride! The gamers have praised the game so much that they cannot wait for the next chapter to release! Deltarune’s first chapter was for free. It had released in 2018. No wonder millions of gamers have downloaded the game. It is available on different gaming platforms like Nintendo/PSP, ps4, windows 10. Toby Fox had created Undertale, which is the prequel of Deltarune. According to Fox, Deltarune’s development had begun in 2012. There are many actions in the game which are similar to Undertale. We are controlling the character Kris, but we can take action for other characters too! Just like Undertale had, Deltarune will also be having different puzzle sections.

At the start of September, Toby suddenly released Deltarune Chapter 2! Even better, the chapter is for free!! In the first chapter, Kris is taken to the dark world by the reptilian-looking Susie. Then they both meet Ralsei, a prince. He explains that now that the three of them are the prophecy’s heroes. They must restore the balance between dark and light. Afterward, they become a team of four by uniting with Lancer, the King’s son. Later they overthrow the king together. Susie and Kris return to their world by sealing the eastern fountain. In the end, we realize that Asriel is Kris’ elder brother. While Kris is sleeping, he suddenly feels confused and has the knife in his hands. That’s where the first chapter ends! First, we will center on Deltarune Ending Explained in Chapter 2. Then we will discuss release dates. 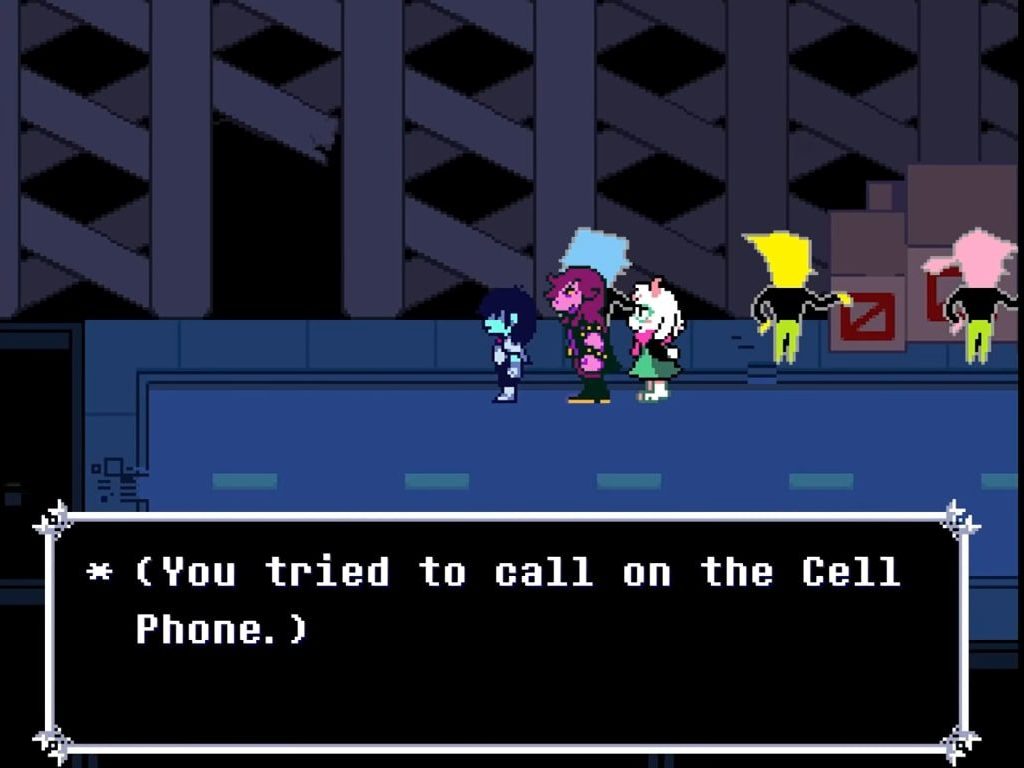 First, we shall discuss Chapter 2, then we will talk about Deltarune Ending Explained. CyberWorld, the second chapter, begins with Kris waking up after getting shambled. Kris’s mom, Toriel, wakes up Kris and talks to him. She asks Kris why he is carrying a knife. Toriel also tells Kris that he was acting shocked. Later on, she soon tells kris, that she was trying to stop him from eating the entire pie, she had made.

Later that day, Kris goes to school and enters the Dark World with Susie. After entering the Dark World, both of them meet up with Ralsei and start exploring Castle Town. Castle Town has changed a lot from before, and things are starting to look better. Susie talks about their (Kris and her’s) homework. She says that she has to complete it. Susie does her best to encourage Ralsei to remove them from the Dark World. 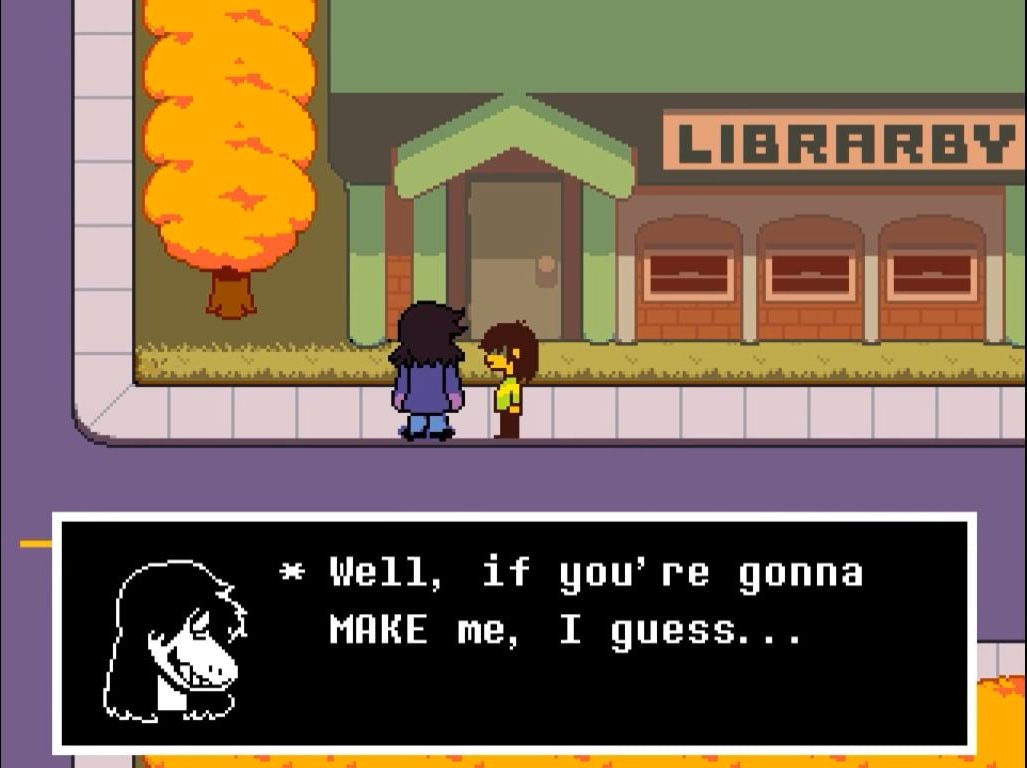 After going back to their world, they go to the Library. There, they both find something, which is the beginning of this chapter. Kris and Susie see another Dark World. That Dark World is also called the CyberWorld. They jump inside it. This time they are not alone. They are with Noelle and Berdly. They hear them talking about a “Queen” The team soon meets that queen. She acts as the main antagonist or the villain for this chapter.

This scene of the game is pretty epic. It tells us how creative Toby Fox is! Kris, Susie, Noelle, and Berdly encounter the Queen in the CyberWorld. The Queen is more like a computer. She kidnaps Noelle as Noelle gets into that world earlier than others. Kris, Susie, and Ralsei fight the Queen. Later, Kris gets separated from his friends. He finds Noelle hiding from the Queen. Kris rejoins Susie and Ralsei, but Queen imprisons them. Noelle gets trapped in the tower, but she somehow outsmarts her. Noelle warns the Queen about the Roaring. She tells her if too many fountains get created, the titans will wake up. This way, Noelle saves the lot, and everyone is thankful to her. It was all a dream…Really? 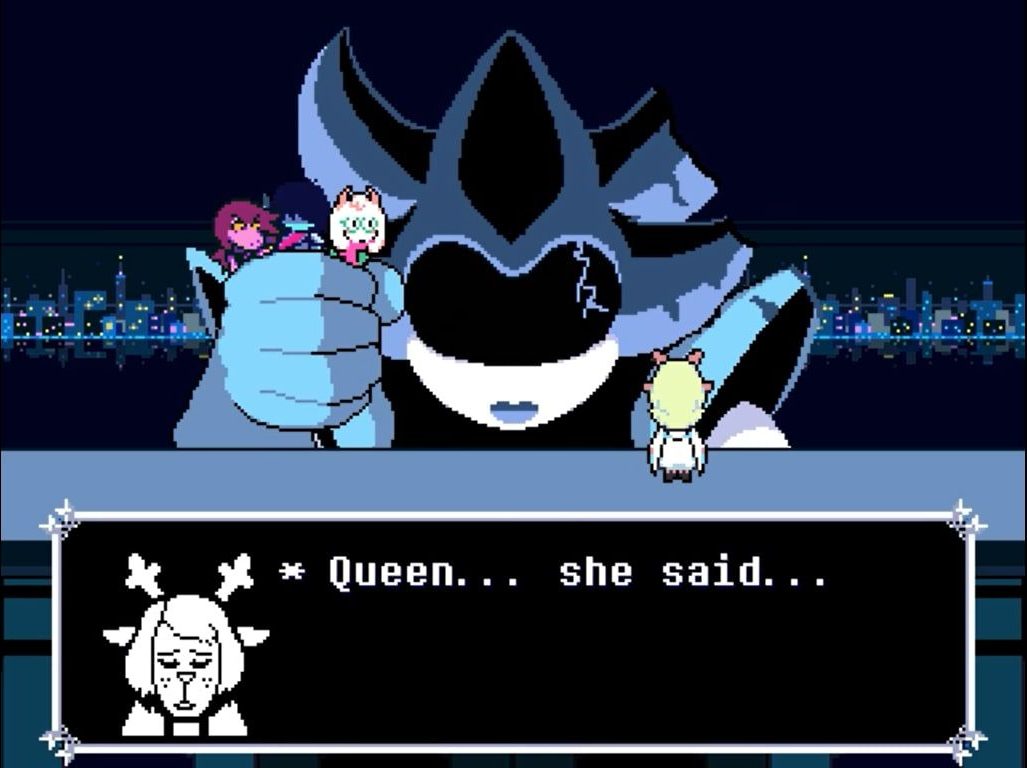 Kris and Susie convince Noelle and Berdly that their adventure was just a dream. They both return to the real world soon after that. Susie walks Kris back home as she likes to give him company. Once they reach Kris’s home, Toriel invites Susie in too. Then they both go to the bathroom to wash their hands. There, Kris tears out both their souls again! Once Kris returns to replace the souls, Toriel out that her car’s tires have got slashed. Toriel suggests Susie sleep over for the night. While during the nighttime, Kris wakes up and rips out their soul once again!! Kris then uses their knife to open a Fountain, and a new Dark World engulfs the room!!!

So this whole time, Kris is the Roaring Knight that Ralsei warned us from the start. He wanted to spend more time with Susie, so whenever he rips his soul out to prevent us from controlling him, he sneaks out of the house and opens a dark fountain somewhere in the town to create a new adventure for them both. But in this ending, Susie told Kris that she wanted Ralsei, Lancer, and the others to join them in the real world, so he opened up another dark fountain. Chilling from Toby Fox!! What a Legend!